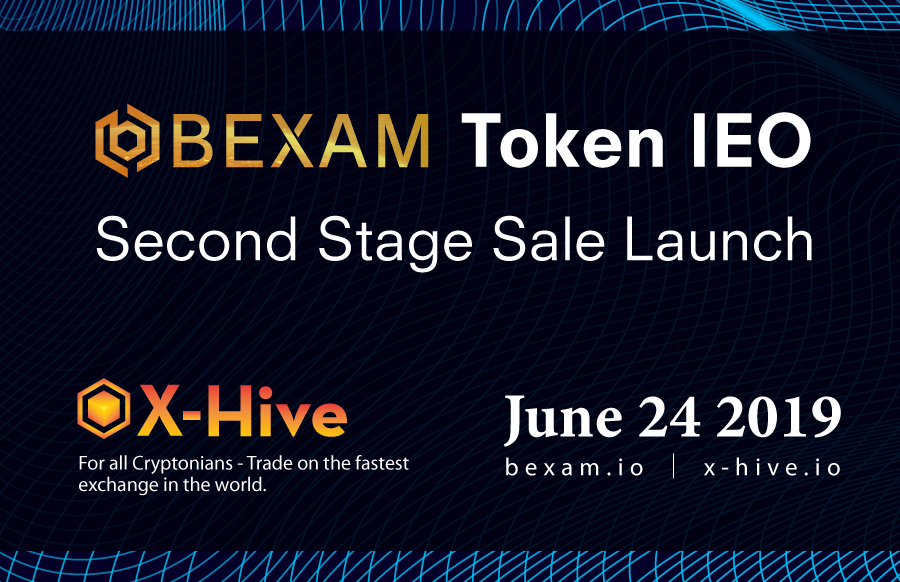 The first phase of $BEXAM [Bexam token] IEO presale with a 10% discount on X-Hive exchange was held on May 13th, which successfully sold out 200,000 USD worth of $BEXAM within the day. The second stage of $BEXAM IEO will be executed on X-Hive starting June 24th 12:00 SGT to July 1st 23:59 SGT for 300,000 USD worth of $BEXAM to be sold.
What is Bexam?
Bexam, the next generation blockchain/DAG hybrid platform with the Grid Ledger System [GLS] algorithm, is focused on providing the solution for large enterprises worldwide using blockchain. A solution for cross-industry platforms operating multiple transactions on the same chain, solving speed and scalability issue. Bexam builds custom applications for enterprises with distributed ledger technology using the GLS. In the GLS network, this technological system gives roles to each individual nodes; similar to the process of sharding, by formulating a node hierarchy consisting of Super Nodes, Master Nodes, and Normal Nodes and Signal Nodes connected in a circular network to optimize data disbursement while removing hash values to achieve high speeds. Through the integration of a node hierarchy which can expand, or contract based on the size of the network, scalability is created.
The GLS’s Proof of Concept with NTT Docomo illustrates the fact that near instant global transactions are easily achieved on the Bexam platform: YouTube video!
Token Utility

The merit of holding Bexam token

Second stage $BEXAM IEO launch on X-Hive
Sale Time: June 24th [12:00 SGT] – July 1st [23:59 SGT]
Sale Total Supply: 300,000USD worth of $BEXAM
Sale Price: 0.12 USD = 1 $BEXAM
$BEXAM is expected to be listed after X-Hive’s official release scheduled in July 2019. Investors can find immediate value for using $BEXAM to pay for the trading fee with 50% discount. The confirmed listing date will be announced later by X-Hive. To participate in the $BEXAM IEO, go to X-Hive and check for details today.
About X-Hive
X-Hive exchange is a decentralized exchange with centralized benefits. Being part of the Bexam ecosystem and benefiting from Bexam’s unique technology; Not only does X-Hive solve the scalability issue present in decentralized exchanges, but also able to achieve high transaction speed of up to 40 million TPS. X-Hive can pair up any coin/token even with different original blockchain. With this, X-Hive aims to operate as the exchange with the most pairs in the world, providing centralized benefits of 24/7 customer support with multiple languages to their users.