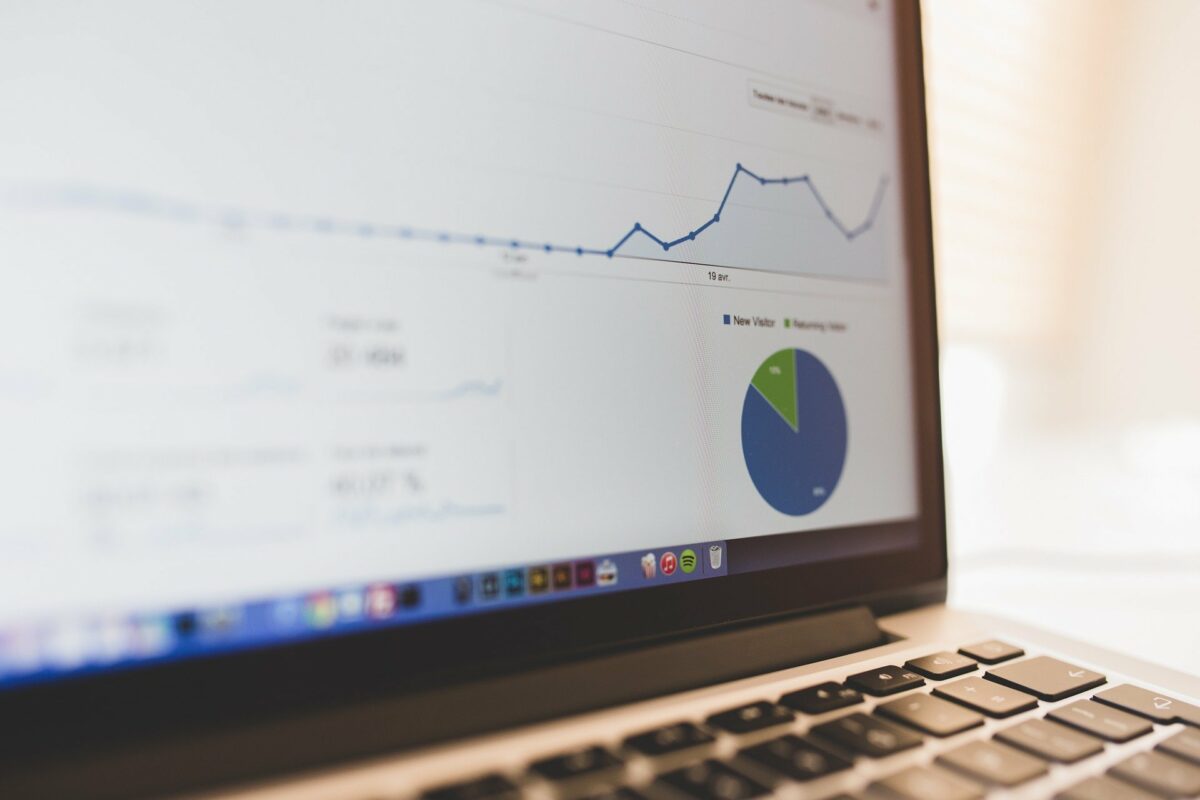 Polkadot, after hitting an ATH of $55 on 4 November, has fallen considerably since, with the crypto trading at $45 at press time. In fact, the eighth-ranked altcoin was down 13.18% over the past week. However, with optimism around another ATH seemingly fading away, there were also some signs of relief for DOT HODLers.

Over the past week, with the hype of the parachain auctions fading away, DOT’s price has been on a downtrend. Notably, DOT was one of the best-performing altcoins over the month of October and early November as it rallied on the back of parachain hype and the asset’s price rode on high social sentiment.

Luckily, at the time of writing, social volumes were seeing ATH levels. So, with interest stirring back up, could the price see an upward move too?

While social volumes peaked, DOT’s weighted social sentiment noted a figure of -0.489 – A low score for the crypto. DOT’s rallies are usually accompanied by a high weighted sentiment, with the same missing this time. So, seems like DOT needs some market euphoria for a push above the $50-level.

Furthermore, the reduced trade volumes too presented a calmer retail crowd. Notably, DOT’s been a retail favorite, so to say, and its trade volumes maintained decent levels even amid its consolidation phases.

A push from the retail side too could be key to DOT’s near-term price action.

New ATH on the horizon?

While diminishing euphoria and retail interest sound like a bummer, institutional interest in Polkadot is still holding strong. Polkadot ETFs in Europe outperforming Bitcoin, Ethereum being embraced by traditional finance, etc. are proof of high interest from institutional players in the asset.

Additionally, even though DOT’s price was down 15% from its ATH at press time, its market cap dominance held its position well. 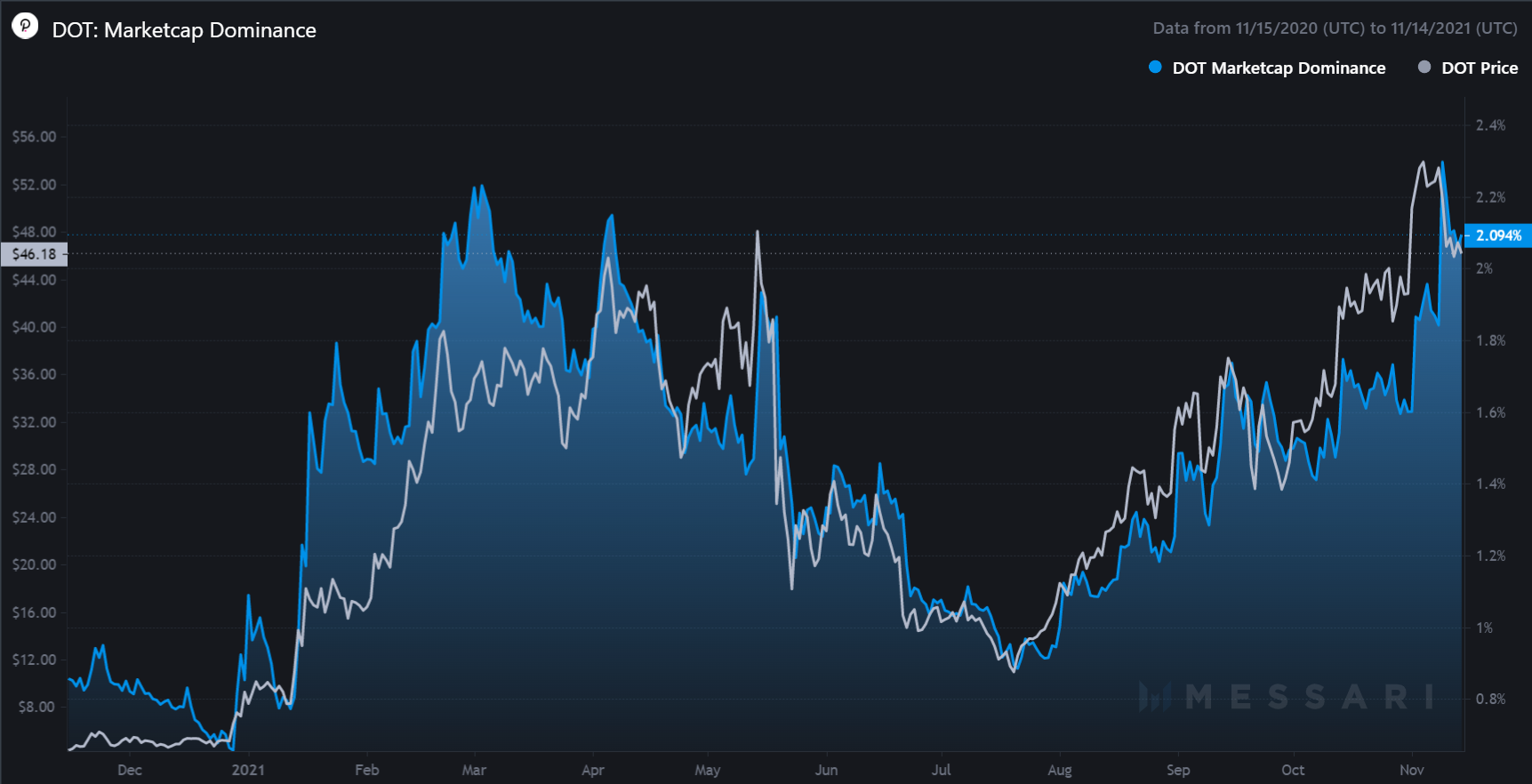 That being said, active addresses for Polkadot have jumped by almost 55% since 1 November 2021. This growth is likely to continue, despite DOT recording lower highs.

The same is indicative of participants flocking to the network backed by decent on-chain activity. 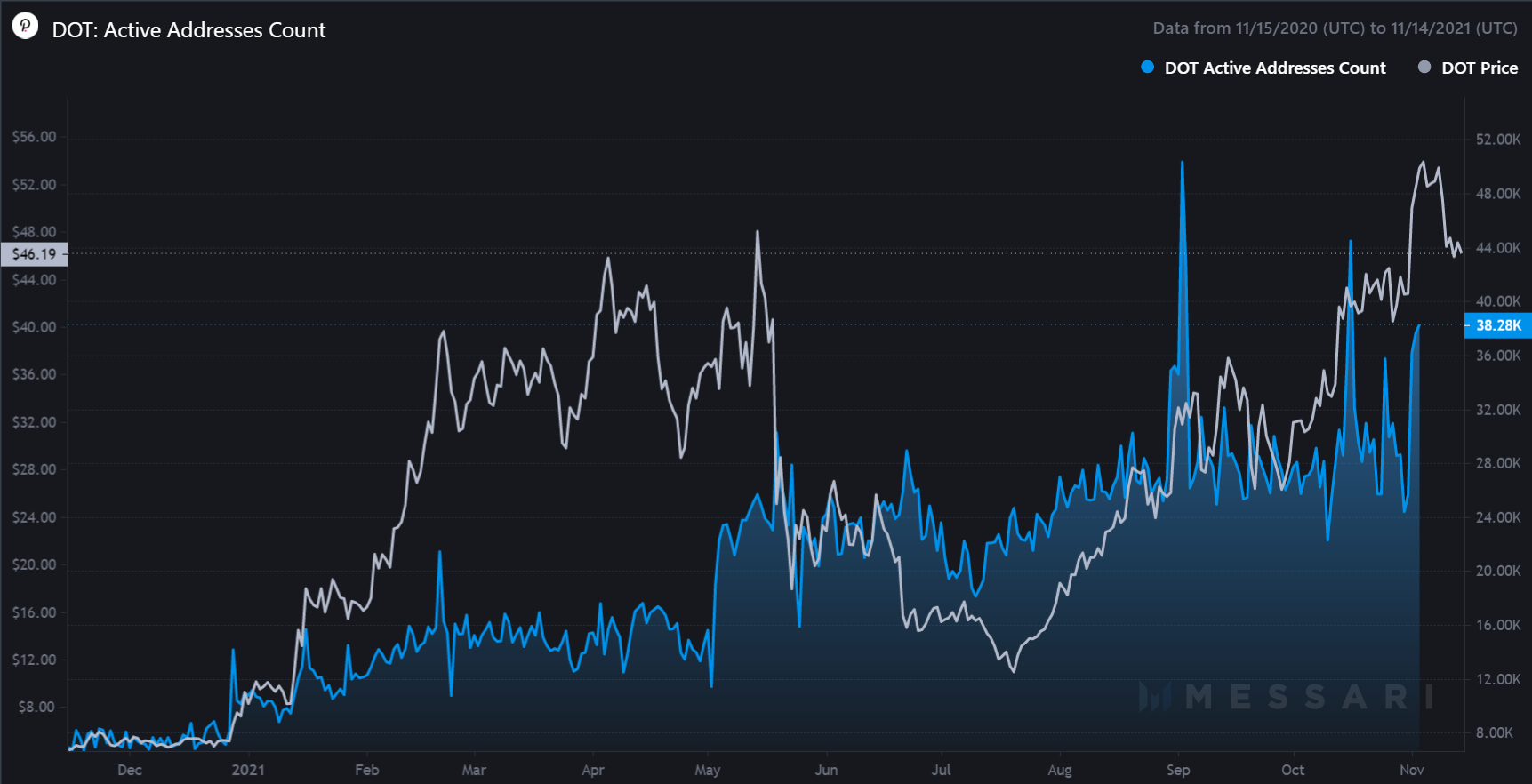 DOT, after making lower highs since 10 November, finally bounced off the crucial $45.56-level which has acted as a significant support/resistance in the past.

However, one thing that is missing for a perfect Polkadot rally is a Bitcoin rally. Notably, DOT’s rallies have often followed BTC’s price movements in the past. So, seems like Bitcoin’s recovery could further push Polkadot towards a new ATH.

Related Topics:Polkadot ATH
Up Next

Is it really ideal to buy ‘popcorn’ with Bitcoin today

Lumenswap launches first round of its lottery!