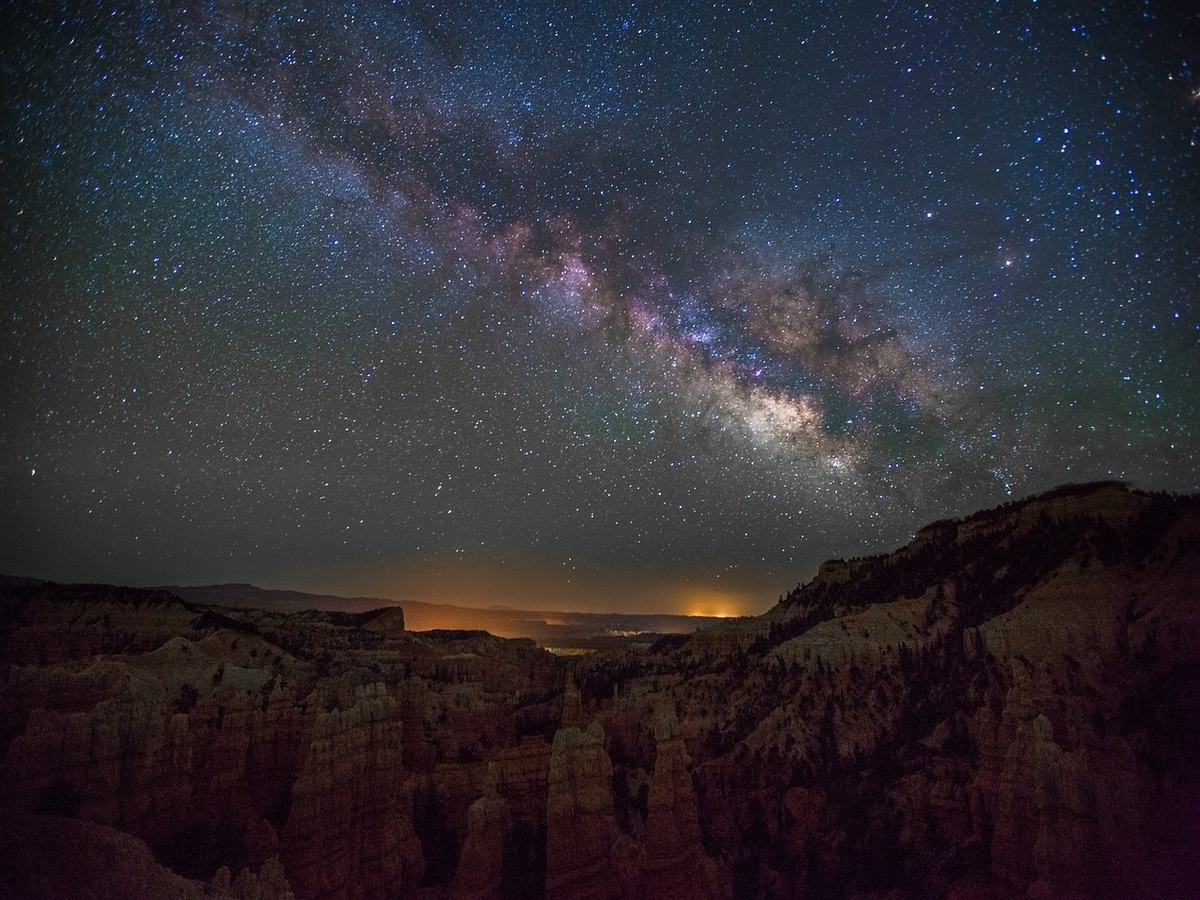 This week has been pretty dramatic for the entire crypto-market. Bitcoin’s price fell below the $30k mark, before recovering, with most altcoins registering a similar downfall too. Now, while recoveries have been fairly significant across the board of late, what’s worth noting is that none of these alts seemed to be able to match Stellar’s pace.

In fact, for most of this week, Stellar’s price has been soaring. What’s more, XLM was noting the highest daily gains (15.27%) among the top 20 cryptos, at the time of writing. On the contrary, all the other alts in the aforementioned list struggled to fetch returns greater than 6%.

A host of factors, in conjunction, has led to XLM’s price rally. For starters, talks of Stellar taking over MoneyGram, one of the largest money transfer services in the U.S, have been gaining steam over the last couple of days. Now, even though the acquisition has not yet been confirmed, the crypto-community seems to be excited.

Additionally, other protocols have been experimenting with Stellar. For instance, Script3’s Project Venus is currently exploring short-term forward contract capabilities on the Stellar network. What’s more, Stellar recently launched an improved version of its open-source mock wallet application. This ‘demo wallet’ replicates the experience of creating/importing a Stellar account, adding assets, and performing transactions with those assets.

The aforementioned events, to a certain extent, have impacted XLM’s on-chain metrics. Let’s see how.

As can be seen from the attached chart, this metric has been picking up pace over the past week. Even though the network’s development activity noted a free fall during the initial few days of the month, the same seemed to be getting back on track at the time of writing.

Additionally, when compared to the beginning of the year, the press time level (22.10) seemed to be pretty impressive. If the network’s development activity keeps proceeding in this direction, Stellar’s long-term prospects would turn out to be quite gripping.

XLM’s adjusted NVT ratio seemed to be following the broader uptrend narrative. The same was underlined by Messari’s chart too. As a matter of fact, a high ratio signifies that the network value is gradually becoming overpriced when compared to the transactional volumes. Notably, the alt’s trading volume ($700 million), at the moment, is nowhere close to its May highs ($3 billion). The same would have to increase to balance things out.

However, a high ratio favors network adoption and utility and hence, other than trading volume, there is nothing much for Stellar to worry about.

At the time of writing, the alt’s Sharpe ratio stood well above the zero-line – 1.08, to be precise. This metric specifically outlines the potential risk-adjusted returns of an asset. As a rule of thumb, a Sharpe ratio above 0.5 indicates a ‘market-beating performance.’ To be more clear-cut, XLM’s holders, at this stage, are being compensated more than usual for the risk borne. 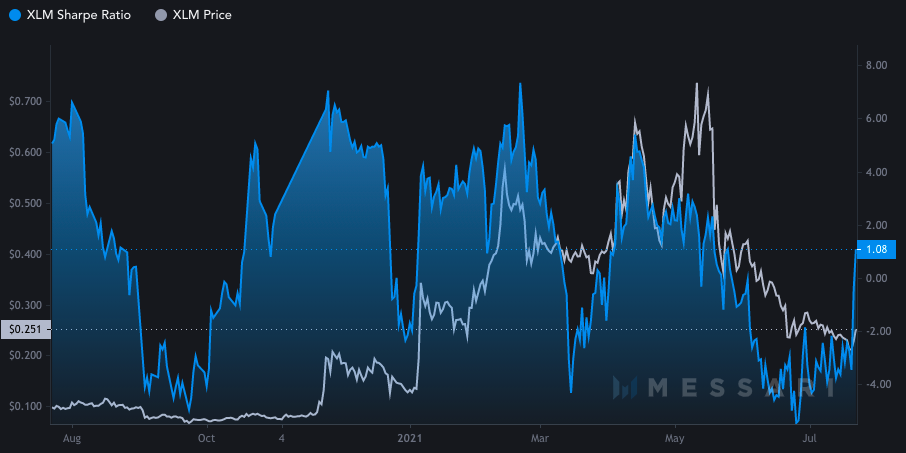 Well, looking at the way things have panned out so far, the odds of this alt extending its uptrend seem to be more likely than not.