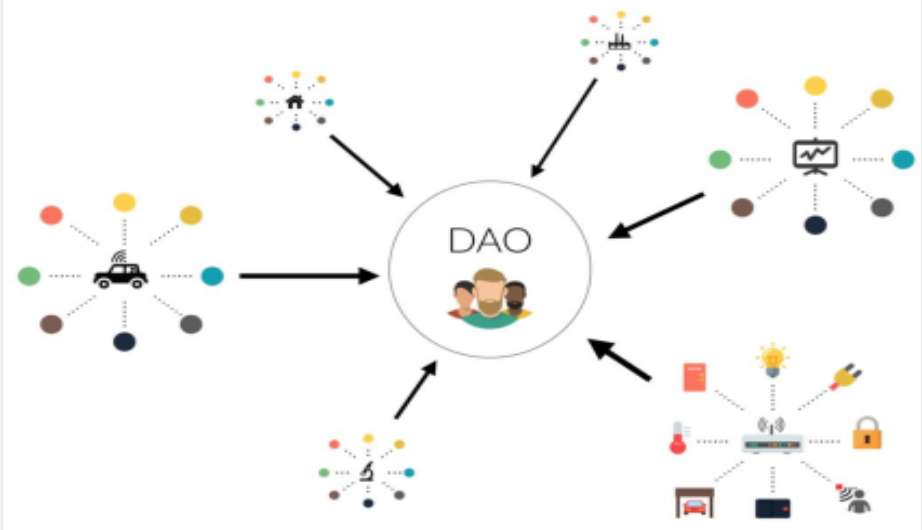 “No company can outlive a city.” Jeffrey Weiss, the world’s top theoretical physicist, mentioned this sentence in “Scale: Simple Laws for a Complex World”. One of the most important reasons is that the enterprise is a top-down closed system, so it always follows the law of increasing costs and diminishing marginal returns.

The Dao organization is the collective direction of the future. You can imagine a kind of people all over the world who build rules without knowing each other and make their own decisions independently, and these decisions and rules are encoded in the blockchain.

Seek Tiger is such an organization, and its governance structure is a distributed, decentralized, self-organized, economic model stakeholder system. This system requires co-creators to become benefit-sharers and all participants are co-constructing, co-governing, co-creating and sharing. Seek Tiger’s business model is: driven by community participants.

We have seen a qualitative leap in market traffic, even though the current chain game market seems to be very lively, we still have to say that this is just the beginning.

The stimulating factors for the development of chain games can be summarized as two major event nodes. One is the outbreak of Axie in the first half of 2021, which has attracted countless project parties to join the chain game market. Another is the renaming of FaceBook to META, which makes more and more traditional mainstream companies pay attention to the metaverse market. At the same time, with the recent gold-absorbing effect of chain games, more and more traditional game companies that are struggling to survive are also eager to try the chain game track.

At the same time, we cannot ignore the existing problems in the chain game market. The emotions of users being guided have made some shoddy chain games highly sought after, especially in the recent market. Quite a number of game projects only focus on the early stage. After the early harvest, the returned funds were not used in the production of the game. Some people say that because users are too ignorant, these chain games that cannot be used on the table are rampant, but in many cases, the forward development of an industry cannot be attributed to the taste of users. The threshold of users is there. When it comes to wild vegetables, it is impossible to imagine the taste of mountain and sea delicacies.

Therefore, after all, the heavy responsibility still lies with the developers. In terms of texture, the things in the next stage are completely different from those in the current stage. For example Seek tiger. Seek Tiger is an NFT+GameFi+ metaverse game aggregation ecosystem, which aims to unite global game lovers and game developers to explore and build a larger game platform.

SeekTiger is a DAO platform. 70% of the right to use the STI token belongs to the DAO members. The DAO organization has not been established in the early stage and the operation team will keep it on its behalf and will not use it. In addition, the SeekTiger team itself will not embezzle any customer’s assets, but only reserve this function to cooperate with the deflation mechanism that may be launched in the future.

STI is also the only certificate for players to participate in Tiger DAO VC. Tiger DAO VC is a platform focused on exploring high-quality blockchain projects relying on Tiger DAO and Tiger capital. The investment fund is mainly settled with the platform token STI, in addition to financial support. Tiger DAO super post-investment support plan will be provided, including strategic consulting, resource cooperation, market growth, capital relations, etc., to empower the entire ecosystem of the project.

A 2D male tiger and a 2D tigress can be upgraded to a 3D tiger by paying 1000 STI. The 3D tiger can be staked for mining and 30 STI will be obtained every day. The mining cycle is 100 days and the total return rate is 300%. With the continuous destruction of STI, the actual value of STI will further increase and the double rise of gold standard and coin standard will accelerate the income of users. At the same time, STI is expected to be further destroyed by 100 million pieces. (Please note that STI is in the early market IEO in the near future)

After getting a deep understanding of SeekTiger, I am optimistic and predict that STI will be popular and will detonate the entire blockchain in the early 2022 market. The reasons why I am optimistic are as follows:

I have recently heard a lot of players talking about SeekTiger and everyone is very excited about the launch of STI.

SeekTiger‘s social media in the global field has a good popularity. Generally speaking, a popular project community will surely welcome everyone’s pursuit and its launch will definitely explode. Popularity is high, social media is more sought after and investors are optimistic, which forms a SeekTiger metaverse world. In the words of a member of the community: “SeekTiger will definitely lead the trend of the blockchain world in 2022″.

STI itself is also a governance token within the ecosystem. Holders will be able to participate in voting within the ecosystem and can also enjoy rights and interests. In the ecosystem, STI’s token release is completely based on algorithms, dynamically controlled by smart contracts. The overall release mechanism and rules are open and transparent and it is a decentralized economic system governed by DAO, which in itself gives the ecosystem a higher Openness, malleability and economic plasticity.

On the whole, the token economic model created by STI is a deflationary model in which the buyer’s demand is greater than the seller’s market and the external value will continue to rise. SeekTiger is an ecosystem with great potential and is expected to become one of the leading projects in the Metaverse sector.

Before that, you need to enter the SeekTiger community to start your metaverse journey.