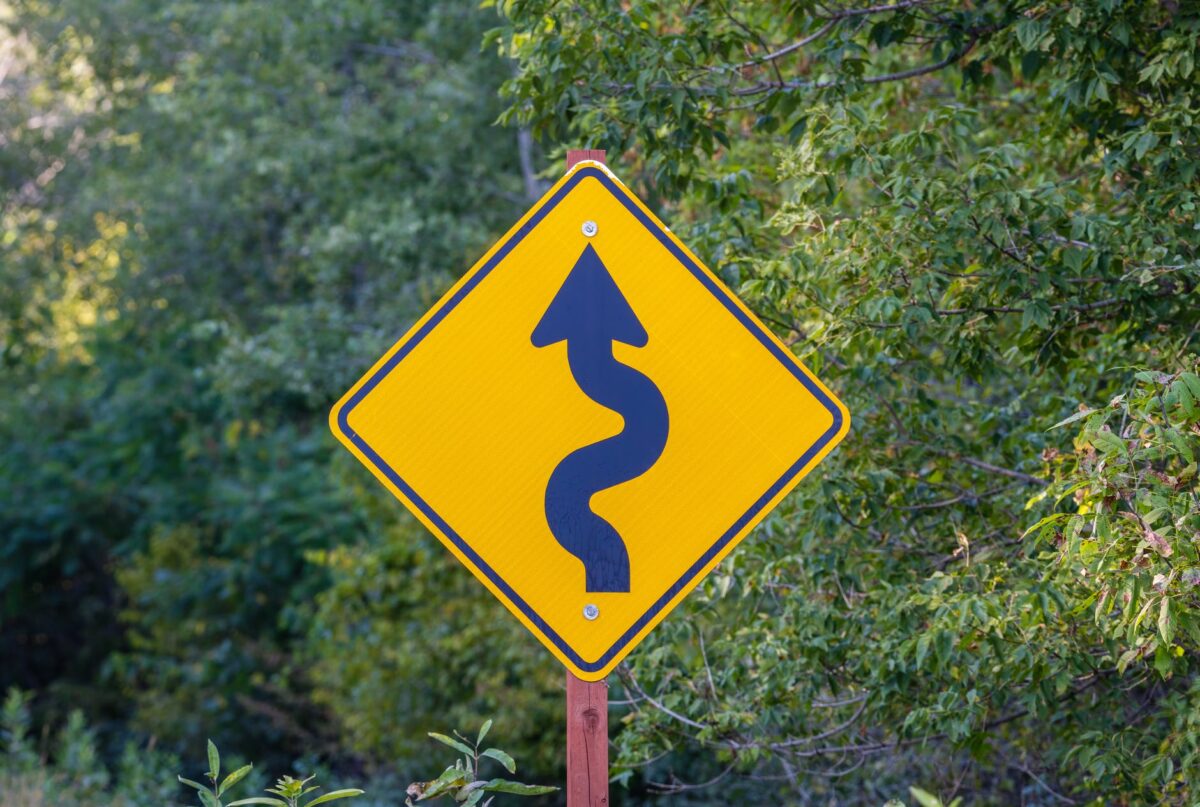 Litecoin cemented itself as one of the major crypto assets in the world. Especially by placing itself in the top 20 spots. But there are still some doubts when it comes to a solid rise. Well, maybe it could be coming soon.

There is hope for Litecoin

As an asset, Litecoin is not in the best place right now. All indicators are pointing in the negative direction presently. At the same time, their indications are actually leading towards a positive recovery.

Even though SAR is still displaying an active downtrend, the active squeeze release is the necessary trigger for recovery. The diminishing bearishness is evidence that the repeated appearance of green candles is working.

Secondly, the Average Directional Index (ADX) has crossed 25.0 and is supportive of a price rise given the last time this happened, the altcoin was up by 52%. 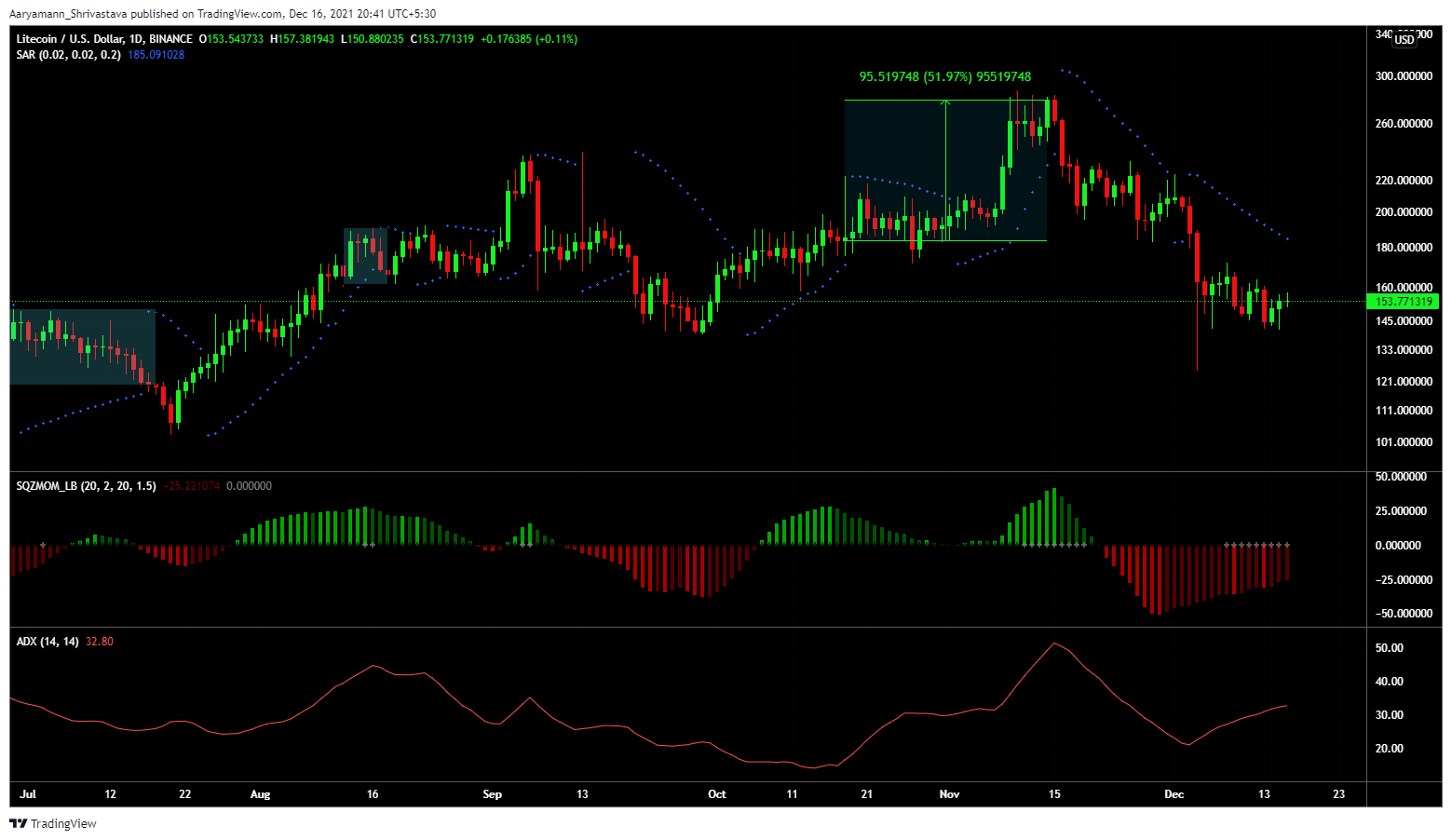 Plus, Litecoin is doing a great job in terms of adoption and improving its social presence. US-based real estate investment company, Presidio Property Trust announced that it will be accepting Litecoin for commercial tenant payments.

Additionally, Litecoin card-based payments have reached the milestone of 50 million merchants worldwide. This comes just a month after Verifone-devices enabled stores began accepting cryptocurrencies as a mode of payment.

Alas, it didn’t really prove too profitable since Litecoin inflows turned out to be the lowest this week in comparison to other major cryptocurrencies at $0.2 million 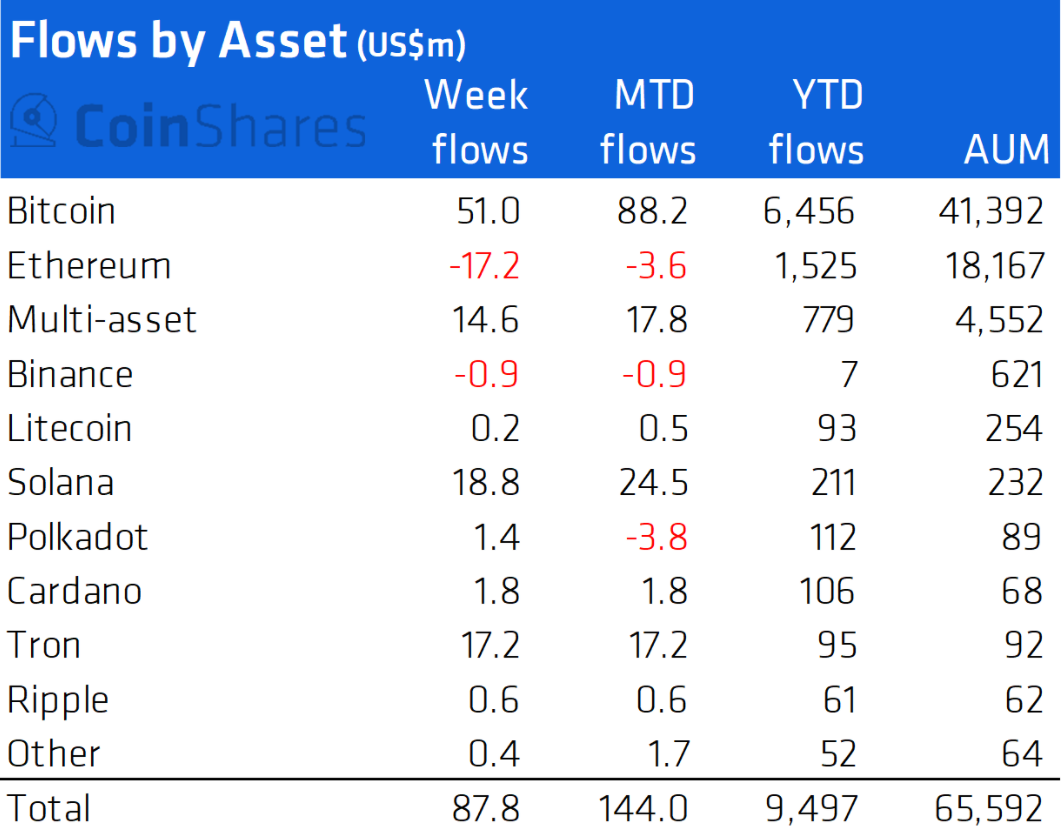 This comes just after a week of Litecoin becoming the second most transacted crypto with BitPay merchants after Bitcoin.

Litecoin as the second most transacted asset | Source: Twitter

Anyhow, the 2.03 million investors who are still suffering losses are hopeful that these instances could push LTC to make a strong case for itself in terms of price action as well. 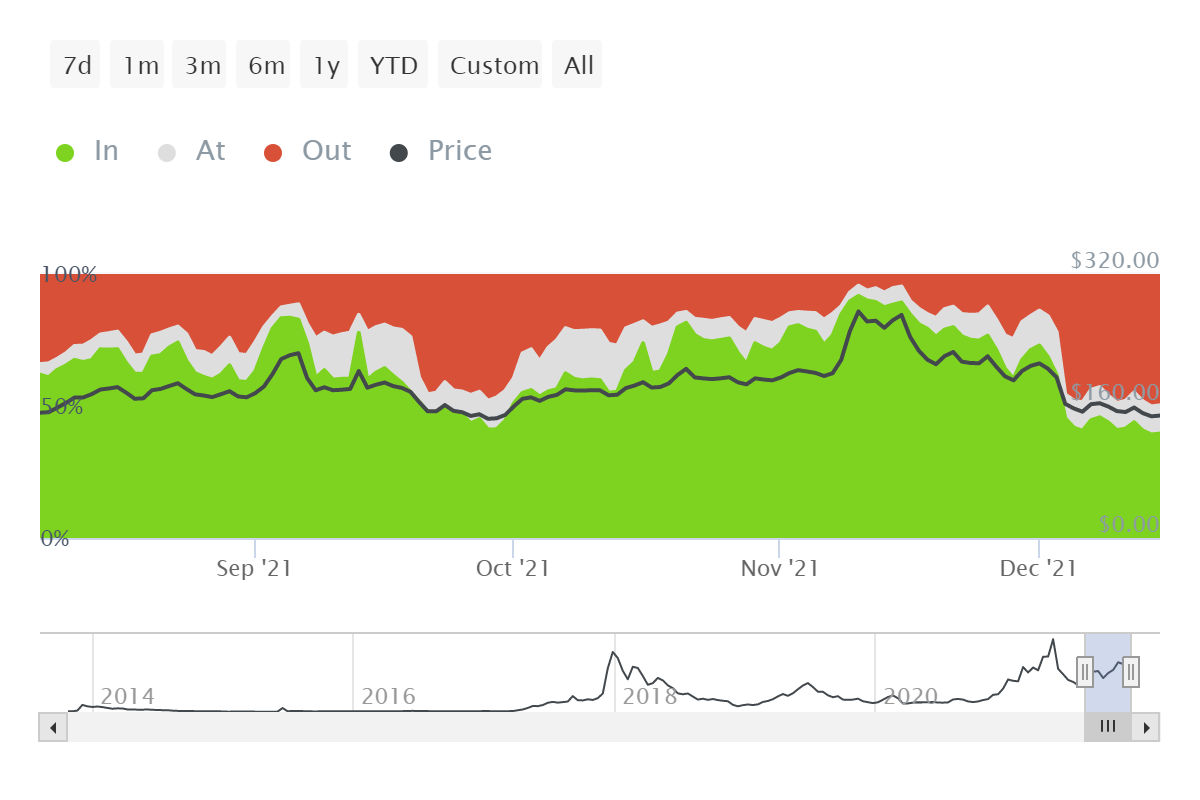 Related Topics:featuredLitecoinLitecoin holders
Up Next