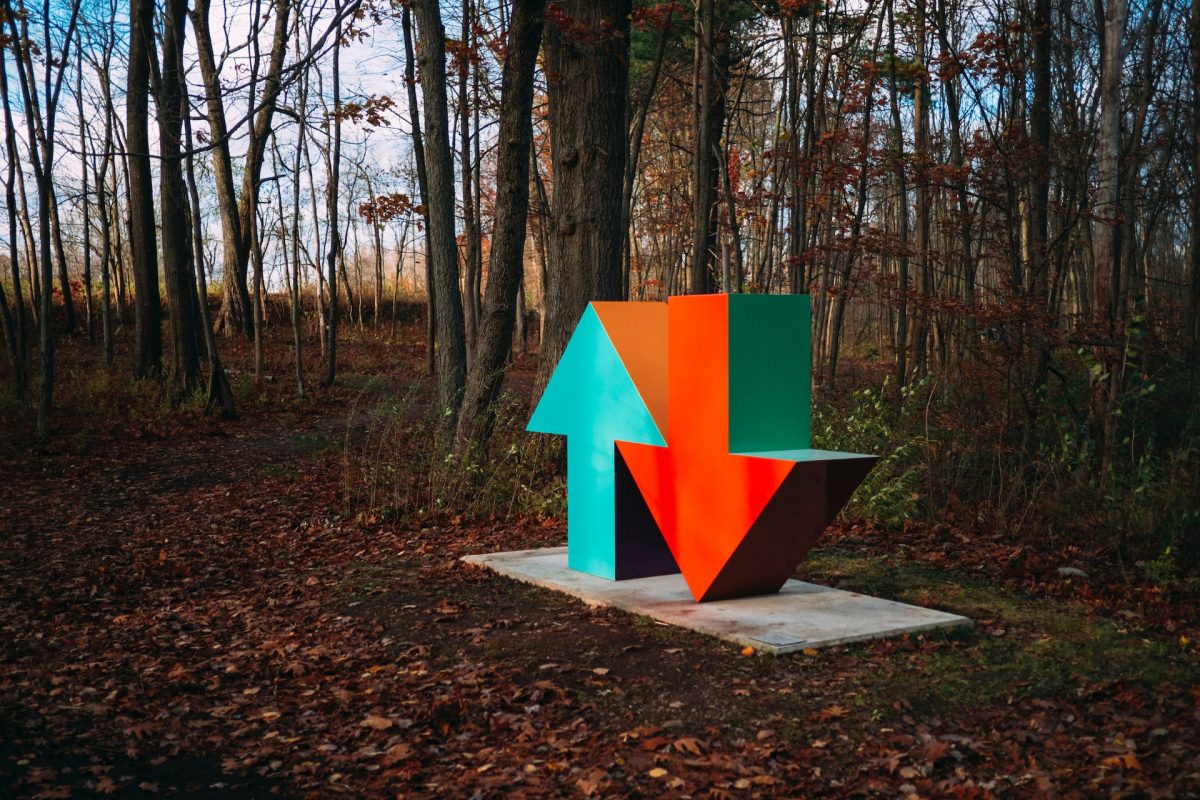 Bitcoin [BTC] could experience extremely high volatility if the indications from the derivatives market are anything to go by.

As revealed by CryptoQuant analyst MAC_D, the BTC leverage ratio was at its peak. The analyst also added that the increasing open interest was another signal that high volatility was forthcoming.

Additionally, if the reserves continue to decrease, the BTC price could increase. While MAC_D predicted a break out from $20,000, the four-hour chart had other ideas.

Based on the Bollinger Bands (BB) signs, BTC’s volatility may not be as high as predicted. Despite increasing since 5 October, the BB seemed to be reversing to low levels at press time.

However, the discussion about a possible break out above $20,000 had a few solid grounds. This was because BTC had been showing signs since holding the $18,975 support on 3 October.

Interestingly, the support had gone as high as $20,131 on 5 October before eventually losing the grasp. In addition, BTC was somewhat developing a bullish flag pattern; if completed, it could serve as the game changer for a breakout. 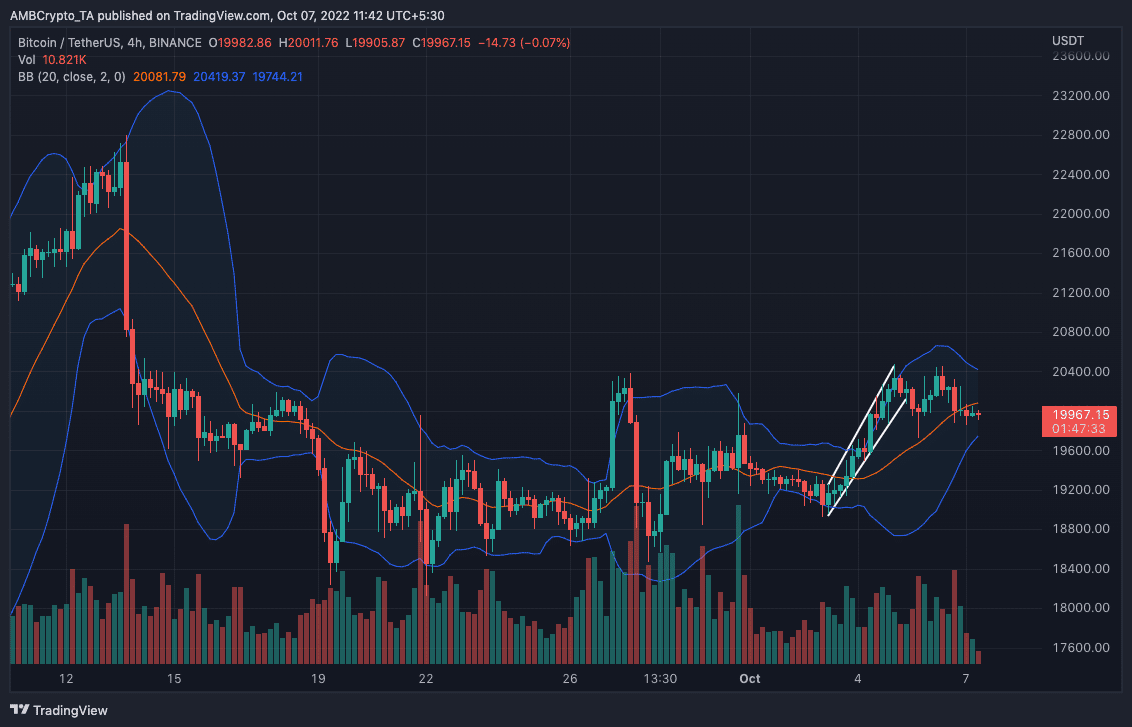 It could go either way

In another update, CryptoQuant itself agreed that the leverage ratio was high. However, the analytic platform claimed that the hesitation around the funding rates may not have provided a clear direction for BTC.

A look at Coinglass data showed no certainty for a positive or negative BTC funding rate. Because of this current condition, BTC long traders may pay for shorts and vice versa.

With this reduction, it was likely that retail investors were not expecting a substantial profit soon. As such, these challenges could affect the short-term chances of a price uptick. 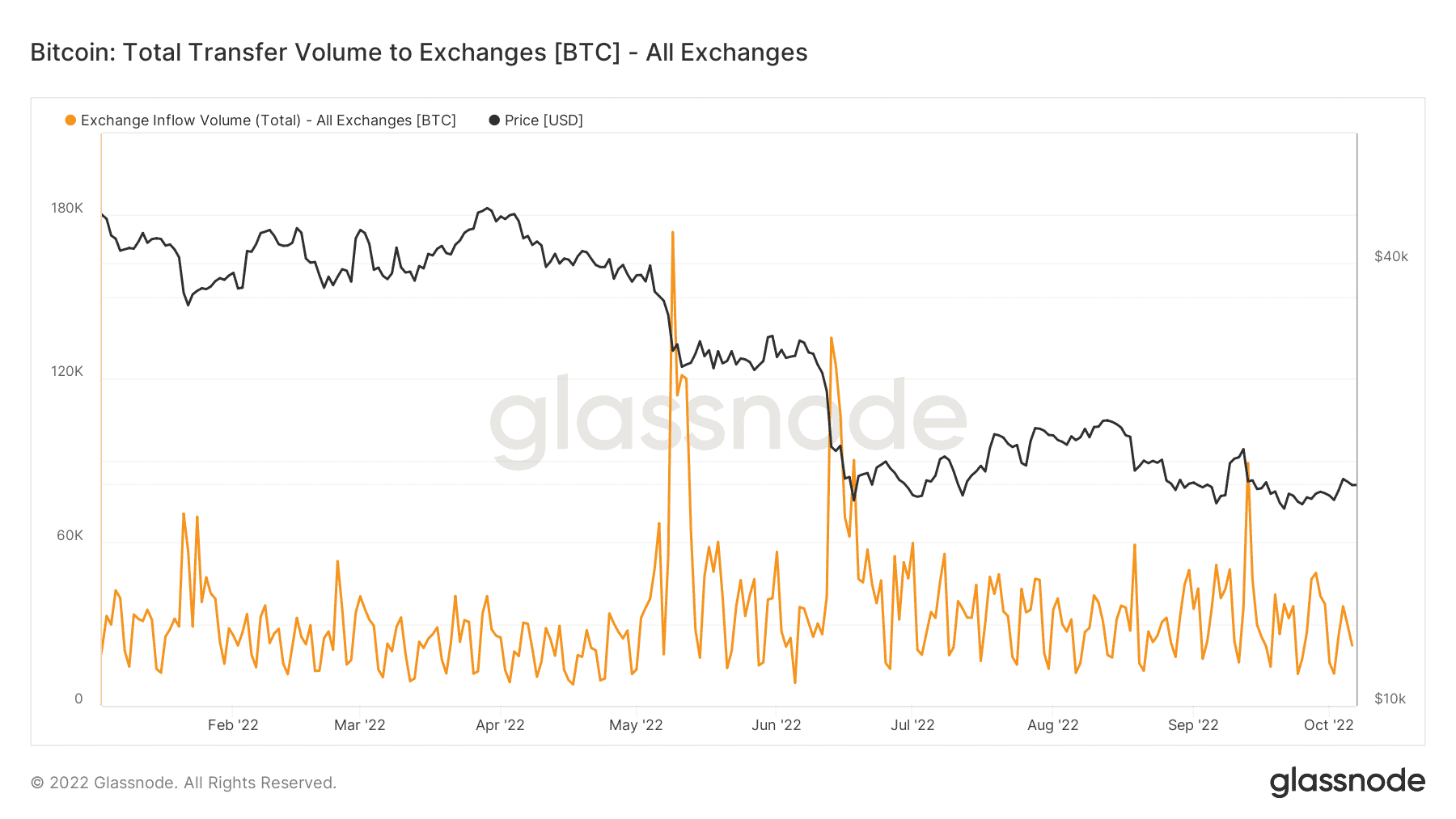 However, BTC seemed to be inching closer to $20,000 at the time of this writing. Although it shredded 1.68% in the last 24 hours, the slight decrease did not take it far away from the aforementioned price.

Still, a concern for investors could be the declining 24-hour volume which was 17.71% down to $29.89 billion, according to CoinMarketCap.

Nevertheless, the chances of BTC rising or decreasing were almost at the same gauge as per the current indications.

Make profits in a bear market with PlotX