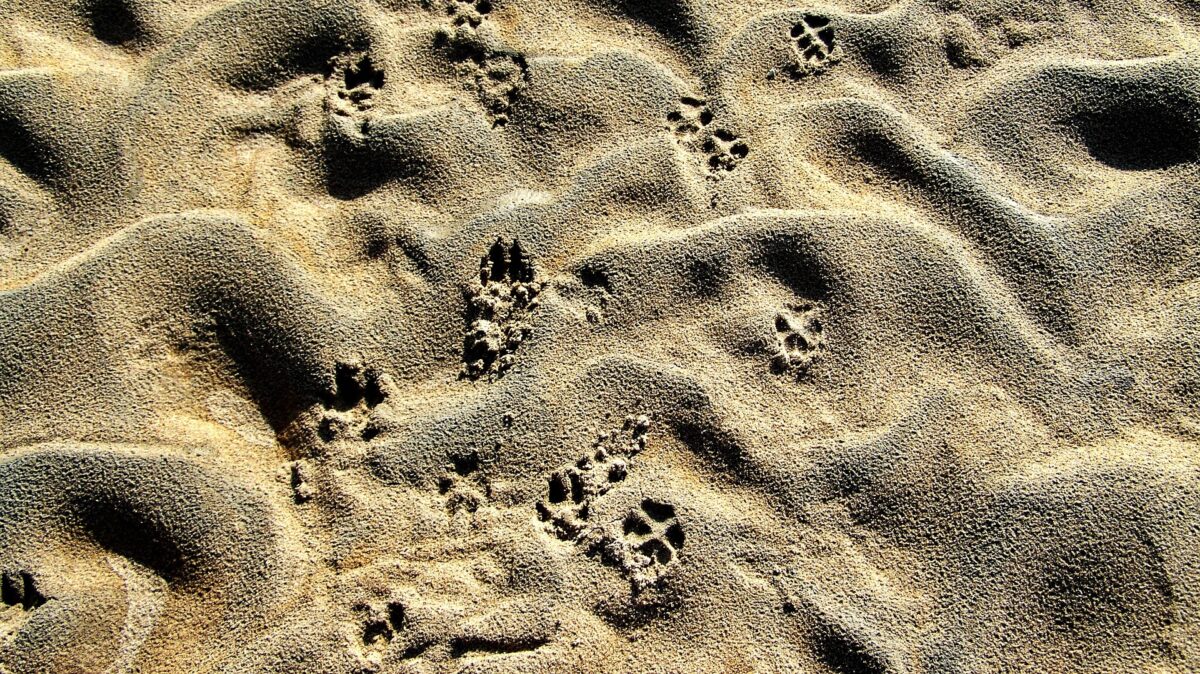 The Metaverse such as The Sandbox and Decentraland and NFTs’ growing demand is reaching the point where every celebrity, every company wants to be a part of it.

Not only are they being used as a method of increasing their reach within the community, but they are also turning into a marketing tool, grasping the attention of the mainstream audiences.

One of the biggest names in the music industry Snoop Dogg recently announced his first-ever avatars arriving on The Sandbox. These 10,000 avatars are to be released on 22 February and the announcement came less than two days ago.

It is usually expected that news like this one will push SAND upwards. However, in actuality, SAND was moving in the exact opposite direction.

Not only did it post three red candles in a row, but the dip was also huge enough to place The Sandbox atop the highest losers amongst the top 100 cryptocurrencies. In the last 72 hours, SAND managed to come down by 18.55% to trade at $3.62, further adding to February’s fall of 25.22%. 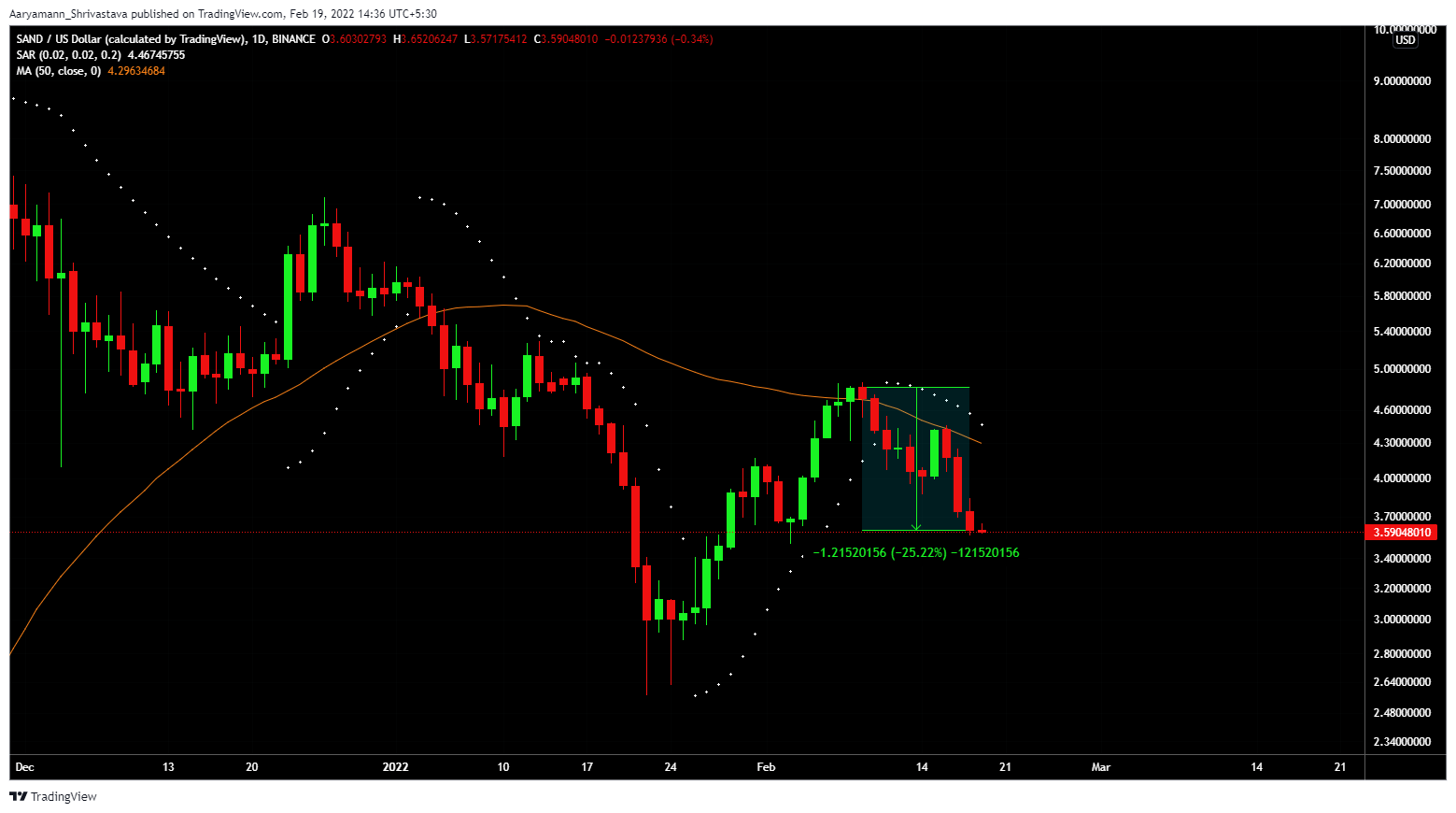 The Sandbox has lost 25% in the last 10 days | Source: TradingView – AMBCrypto

This has further added to the ongoing loss in the count of investors who had believed in the token. With over 62.75% of investors far away from witnessing any profits, these investors are actually in a much worse state than their competitor Decentraland’s investors.

The Sandbox vs Decentralands wallets in profit | Source: Dune – AMBCrypto

But the most losses are being witnessed by 5.91k highers. These addresses bought their holdings around 20% of the $7.4 all-time high which makes them only susceptible to further losses should the price drop again.

However, The Sandbox’s condition might not be as big a matter of concern since almost 85% of the SAND supply is dominated by whales. Cumulatively these 10 whales occupy over 2.55 billion SAND. 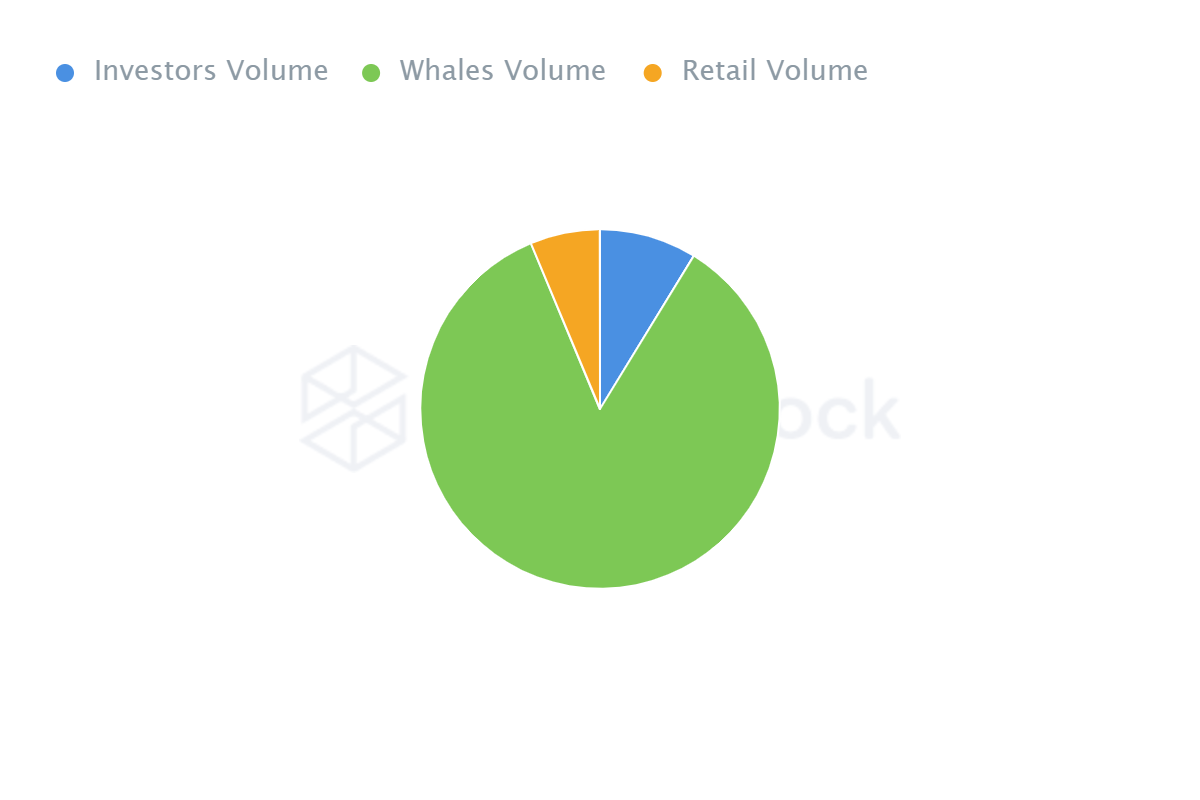 The Sandbox has an 84% whale domination | Source: Intotheblock – AMBCrypto

Furthermore, 65% of all addresses are actually HODLers having held their SAND for a period of more than 1 year. 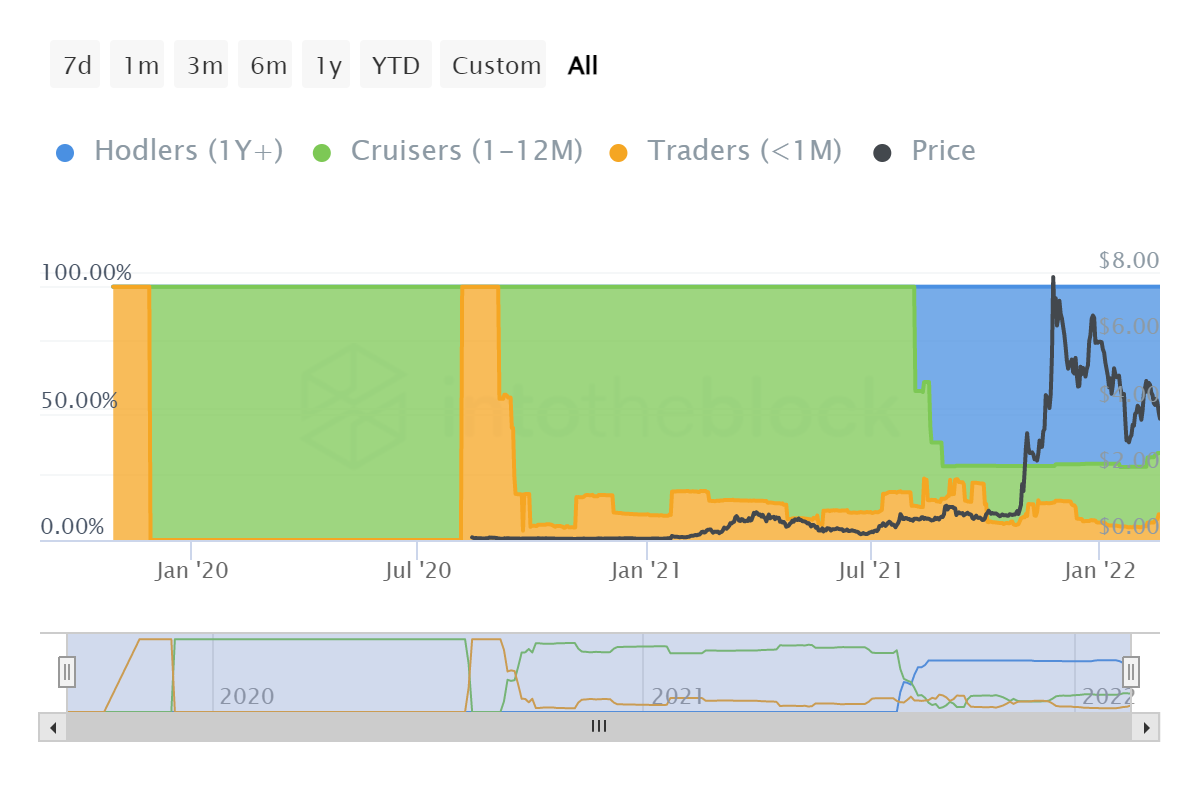 Thus, being long-term players, these whales and the tiny sliver of investors might not have to worry much about the price action. Primarily, because the increasing hype of The Sandbox might eventually drive the token back up.

Related Topics:MANASANDSnoop Dogg
Up Next

Polkadot parachain ‘fraudster’ revealed – More than what meets the eye?