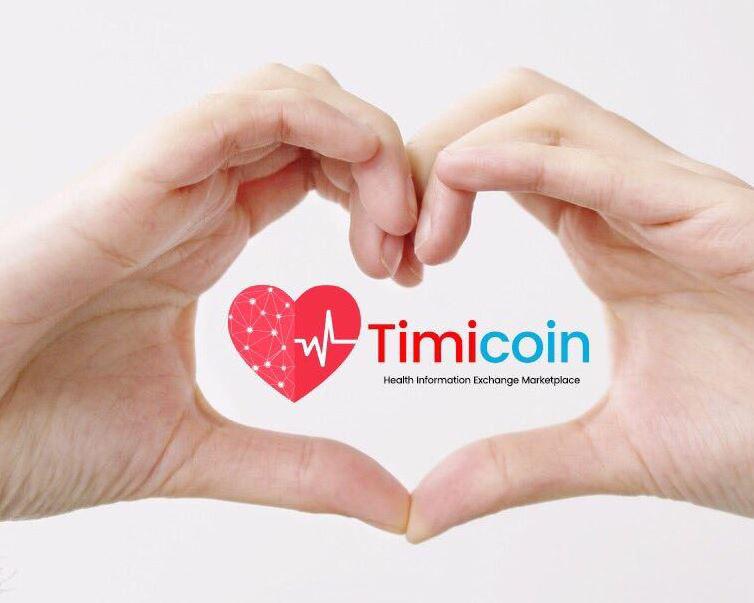 Timicoin/TimiHealth, listed on the LATOKEN exchange, is an operating blockchain ecosystem designed to empower individuals to secure, control and monetize their health data. On 20th August 2018, TimiHealth will be launching the TimiDNA platform and the Two Million Timicoin Giveaway! at the Blockshow in Las Vegas. The first 100,000 individuals who upload their DNA data to the TimiDNA platform will receive 20 Timicoins.
TimiHealth is the first organization to truly challenge genetic research companies like 23andMe head on, with a consumer-centric model that puts individuals first in monetizing their DNA data. Through the TimiDNA platform, we enable consumers to gather the totality of their health data in one secure location, where they are able to fully control access to that information and monetize it if they so choose.
Will Lowe, the Founder of Timicoin/TimiHealth said:

“Why pay companies like 23andMe to profit twice over from your DNA data when TimiHealth’s goal is to empower you—the actual source of this valuable genetic information–to profit,”.

Consumers have awoken to the reality of the misleading marketing and mission statements of DNA genetic testing companies through the announcement of the 23andMe and GlaxoSmithKline (GSK) deal that pays 23andMe $300 million and ongoing profit sharing on future drug development on the backs of personal consumer genetic data.
Most consumers thought they were simply paying for a service to provide them information about their ancestry, genetic disposition for certain disease states, or pharmacologic compatibility for drug regimens. Few knew their data would be sold to big pharma under the guise of research purposes and “making scientific discoveries.” Some have estimated 23andMe has already made $130 million for a million genotypes prior to this deal.
These genetic data collection companies do specify their data use policies in Privacy Statements, but they market their services under a different message:

“Live in the know”
“What can DNA say about your health?”
“Your past is waiting to inspire you”

TimiHealth and its TimiDNA platform are transparent in saying “we will tokenize your health and DNA data. We will protect your data with blockchain technology. We will empower you to fully control who sees your personal data and to determine how it is used. And, we will allow you to monetize your data and receive the majority share of the profits, as you deserve.”
TimiHealth will soon be announcing exciting future partnerships with DNA organizations focused on empowering consumers to control and tokenize their data.
Joyce Lignell, Chairwoman of TimiHealth’s Advisory Board stated:

“We are also developing capabilities with service partners to provide all of the same services as existing genomic companies, but with the additional security of blockchain technology and control over permission rights to share data as you see fit. We know empowering consumers is going to be a disruptive force in the genomic landscape, and we are proud to be the leader in this movement,”.

“We imagine a blockchain ecosystem that pays you to collect your DNA data, pays you for providing access to your data, and potentially provides profit sharing opportunities if your data leads to new blockbuster drugs,” .

Bringing DLT Specialists Together: Who Will Speak at Blockchain & Bitcoin Conference Stockholm?