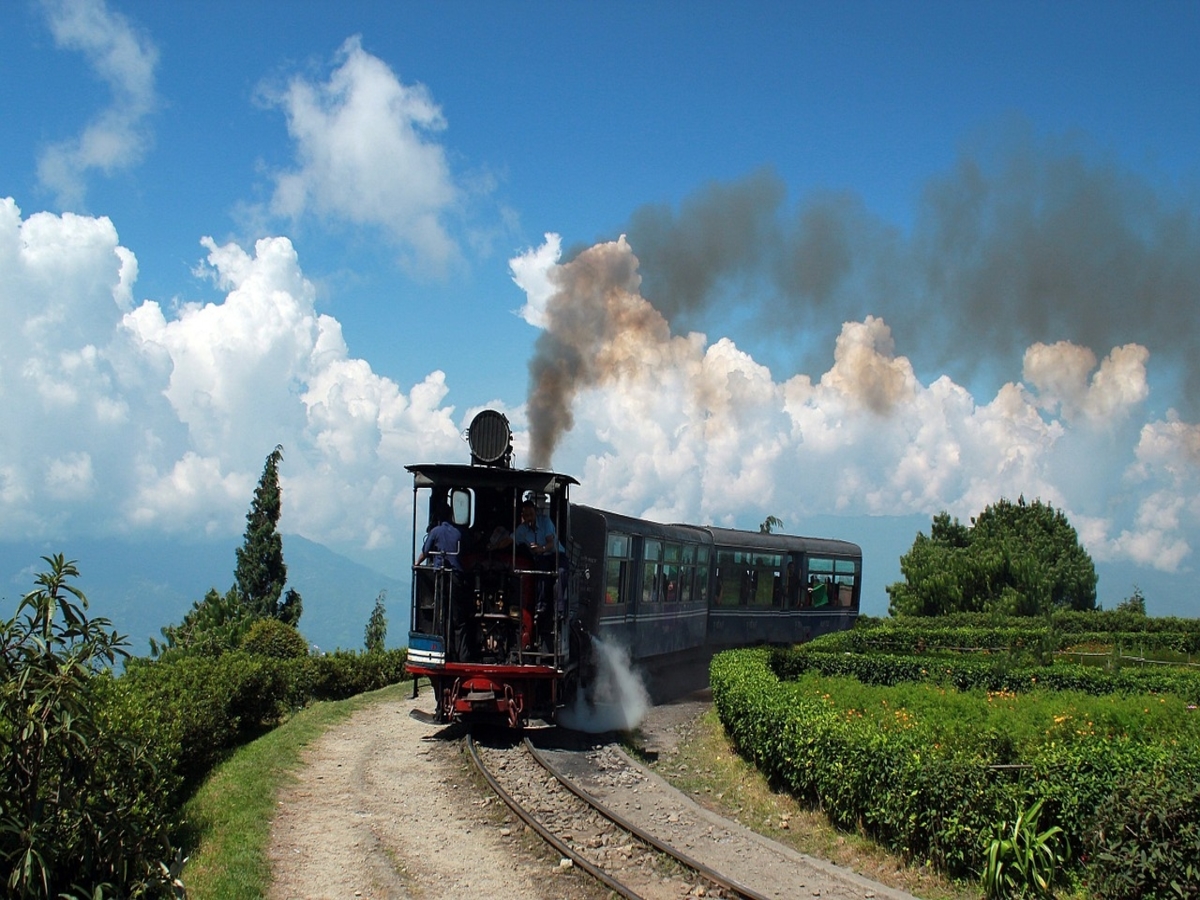 After spending some cozy time in the $38.5k region, BTC’s price crawled back above $40k in the early hours of Saturday. In fact, at press time, the king coin was valued at $41.5k on the back of gains worth 4.5% in 24 hours. Additionally, the global crypto-market cap was valued at $1.6 trillion.

Now, investors who missed the Bitcoin train at the $30k – $35k station currently face a dilemma. Should they be boarding the train at the $40k-$42k level?

Well, these market participants still have a fairly good opportunity to redeem additional coins at this stage. Most of BTC’s on-chain indicators, at the time of writing, were flashing a “buy” signal. However, they need to act quickly before it’s too late.

Bitcoin’s RSI, at press time, projected a value of 71.74. As a rule of thumb, any value over 70 suggests that the asset is overbought. The mere existence of buying pressure in the market stirs in bullishness. Even the Stochastic RSI indicator, for that matter, exhibited a clear buy signal a couple of days back.

According to the attached chart, the rate of change from the sell signal in May to the most recent buy signal has been quite impressive. In fact, this indicator doesn’t emit a buy signal that often. Whenever it does, it turns out to be fairly accurate, keeping the broader context in mind.

The last buy signal was flashed back in November last year. Bitcoin commenced its bull run following the same. It subsequently went on to hit its $64k ATH as well. Hence, looking at the current signal, it can be said that Bitcoin’s price might witness an intense rally in the coming months. If that happens, the $100k EoY narrative might just remain viable. 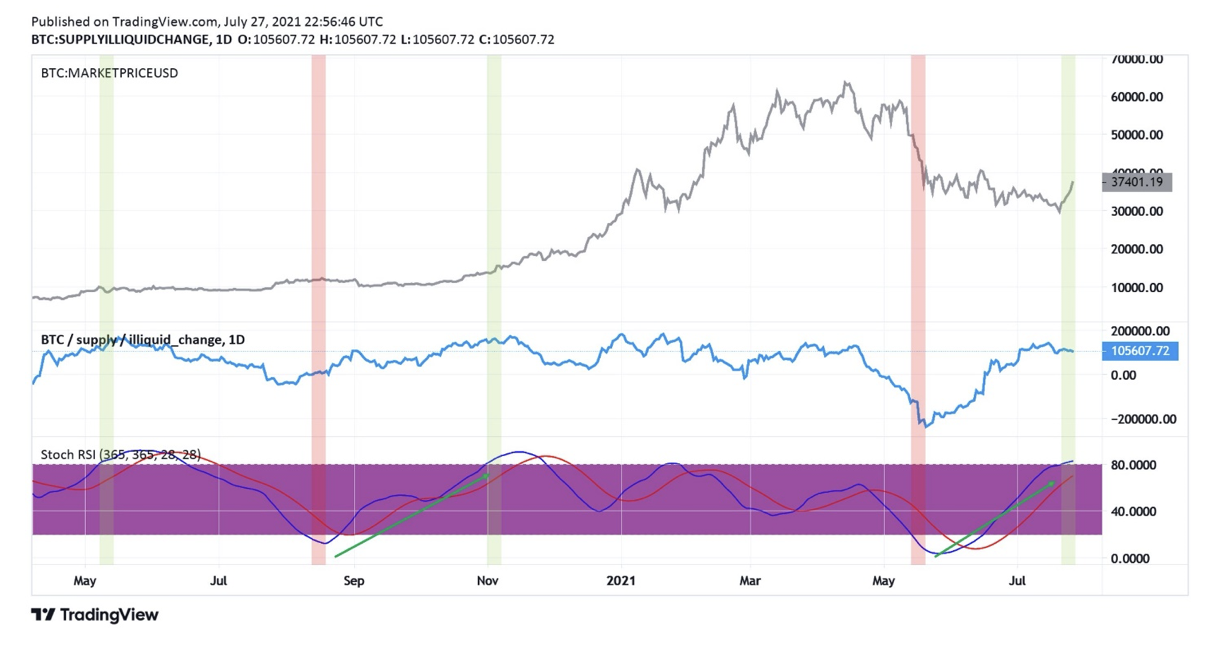 Is Bitcoin undervalued at the moment?

Bitcoin, at this stage, is considerably undervalued. The Stock-to-flow (S/F) Deflection reading confirmed the same. This ratio is usually used to determine if an asset is undervalued or overvalued in relation to its scarcity. Whenever the deflection is ≥ 1, it implies that BTC is overvalued and vice versa.

The defection, at press time, was way below 1 (0.38, to be precise), thereby confirming Bitcoin’s undervalued state. However, it should be noted that its propensity towards remaining undervalued is gradually fading away. The metric registered a value of 0.27 on 20 July and has inched up by a fair margin over the past 10 days.

Notably, during previous bull runs, this metric typically remained above 0.7. Hence, if the reading of 0.38 continues its upward trend and breaches the 0.7 level in the coming weeks, Bitcoin’s bull run would be almost inevitable.

What of Exchange Outflows?

Bitcoin’s balance on exchanges subjected itself to a freefall of late. Over the past three days, the balance diminished from 2.580k BTC to 2.480k BTC. The 100+ million outflows from exchanges were parallelly supplemented by a significant increase in the number of large transactions. In fact, ITB’s data revealed that the number of such transactions touched the 260k level too.

Usually, large transactions account for both buying and selling actions performed by these players. Keeping the exchange outflow dip in mind, however, it can be stated that big players are adding more coins to their kitty before the bull run actually sets in. 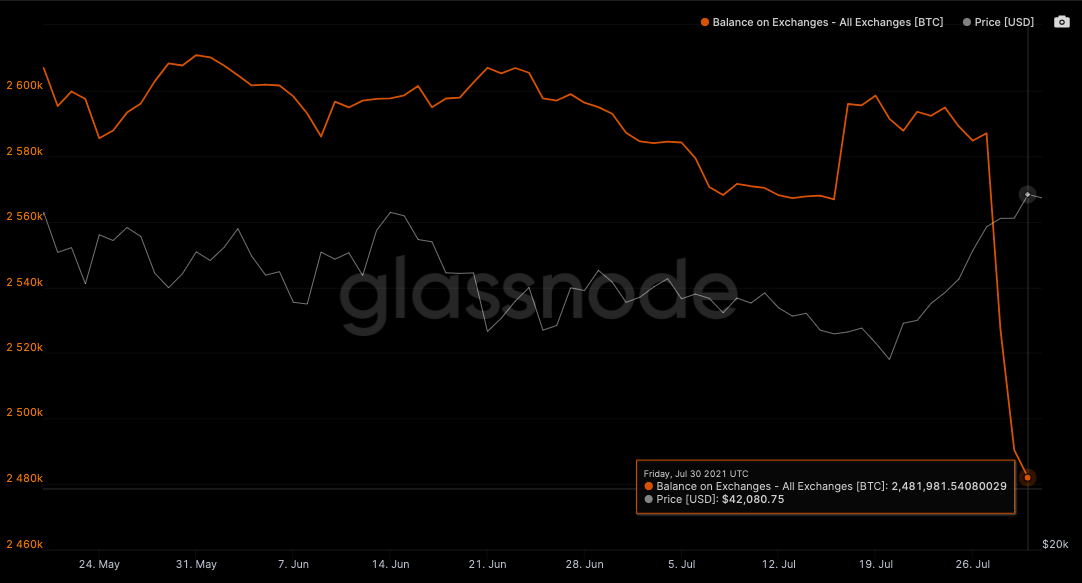 Considering the current undervalued state of Bitcoin, the buy signal exhibited by the Stoch RSI indicator, and the drop in exchange outflows, it can be concluded that investors still have some time on their hands to acquire BTC at a fair price.

Ethereum: This resistance zone might open up shorting opportunities

SUSHI may be on a slippery slope, but should it bother HODLers