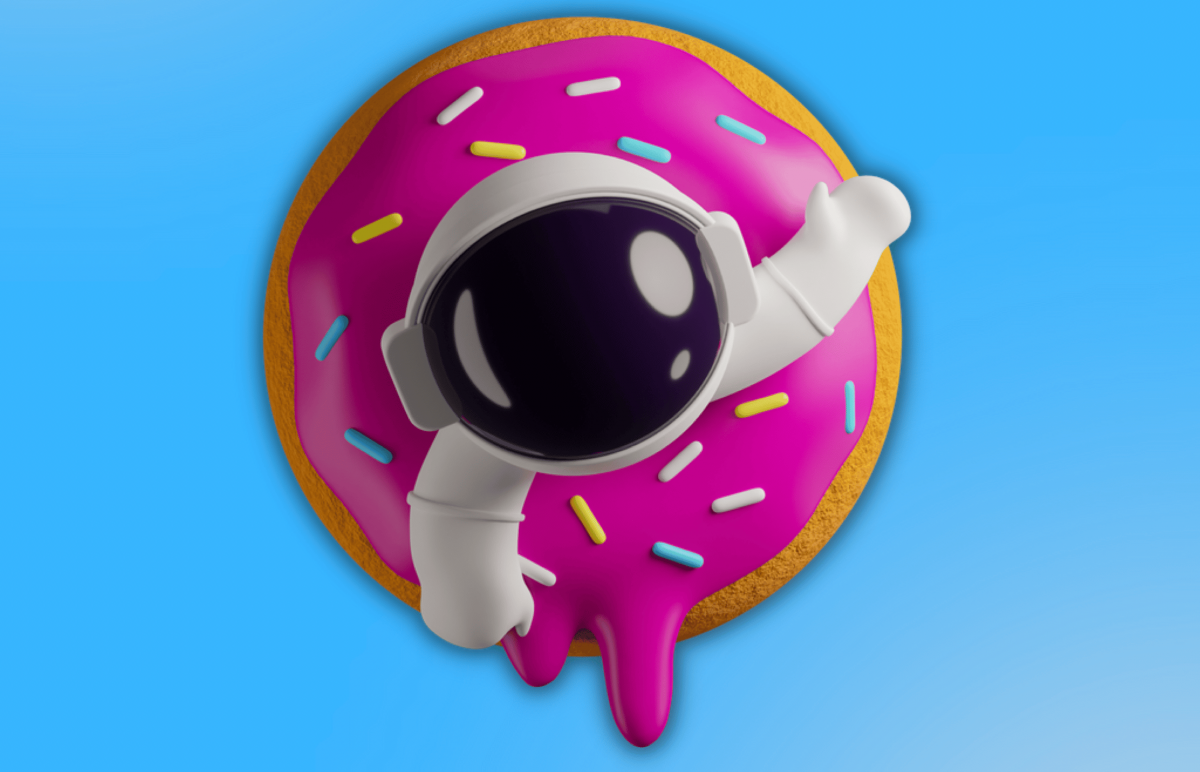 Seeing the ongoing growth and demand of this technological innovation, various gaming industries decided to incorporate blockchain technology, thereby giving rise to the birth of the Play-to-Earn (P2E) gaming model.

However, there have been various inconsistencies surrounding the P2E space. Hence, Toon Finance a P2E decentralized exchange platform was launched. This decentralized application is a stand-out P2E platform that provides its players a different yet rewardful gaming experience with its “Players Vs Player Battle Ground” game mode.

What is Toon Finance?

Toon Finance protocol is a decentralized exchange application platform. The platform is designed by a team of market leaders and blockchain developers to solve the externality surrounding the P2E gaming demand. This is done by backing up the P2E metaverse with SHA256 encryption.

The SHA256 encryption is for players to join the space ground battle lobby and que up against other players in a decentralized que system and game mechanics. It’s a one-stop platform that provides users with an incredible blend of utilities such as NFT trading, cryptocurrency exchange, and cross-chain bridge.

Toon Finance also has a Space Explorer for players who do not wish to go PVP in the Space Battle Ground. The former will allow users to play through an MMORPG-style setting and find common, rare, and super unique NFT’s to advance and equip their Toons for enhanced gameplay.

Additionally, for players who choose to participate in the PVP Space Battle Grounds, there will be a Leaderboard System integrated and implemented into the gameplay. NFT Airdrops will be continuously sent to users, who rank at the top of the leaderboard, which can be used in the P2E model.

TFT is the native token of the platform that will be used in the Coin and Checkers Battle Ground with more and more PVP games such as cards which will be introduced shortly. 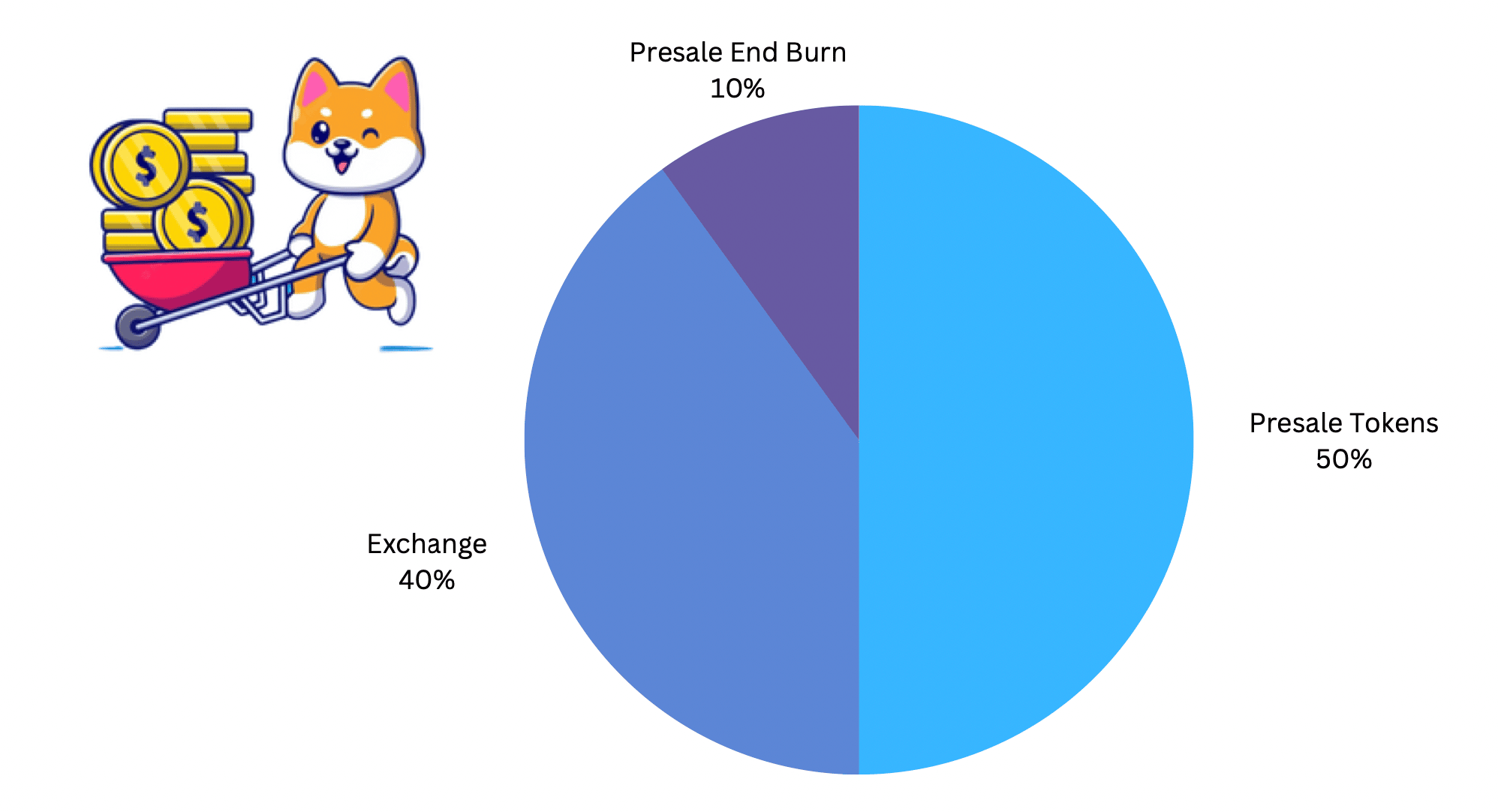 The tokenomics of the TOON token are as follows:

There are 1 billion TFT tokens in circulation wherein 50% is allocated to the presale. From among the remaining, 40% is for the exchange and 10% is kept aside for presale end burn. Users can purchase the tokens from Toon Finance presale dApp on their main platform.

Token holders will be charged a 2% developer tax and there will be a 25% tax allocated to the P2E prize pool. These taxes are on NFT Purchases in the P2R System only. Users can avail the additional opportunity to win the collected prize tax pool by joining forces to defeat the invading Alien Toons. 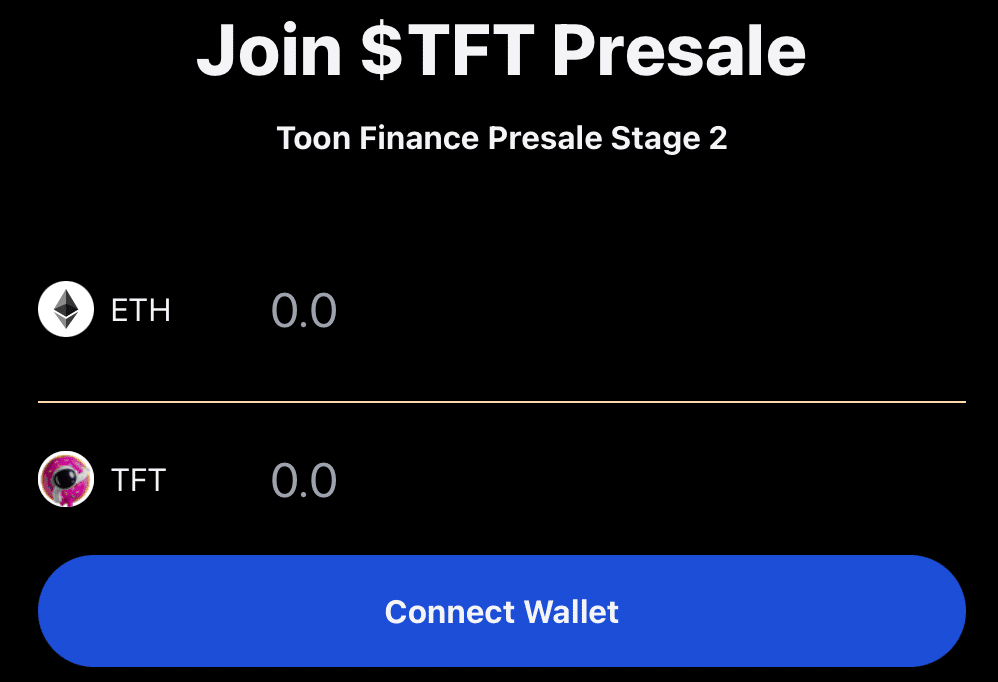 The Toon token has been listed on two of the biggest cryptocurrency exchange platforms: CoinMarketCap and Crypto.com. This makes the coin furthermore reliable and sustainable.

This Ethereum-based decentralized P2E platform is backed by market experts and passionate cryptocurrency traders. Resulting in users having a seamless and exciting experience with the Toon gameplay.

Moving forward it’s the presale launch to mark the completion of the presale dapp and make it ready for presale campaign systems active.

The platform has also planned a Live AMA with a community vote on the platform and the release of the NFT Artwork. Additionally, the Toon protocol also looks forward to announcing its various partnerships and collaborations with various other platforms.

Lastly, once the presale is over, the Toon Finance platform will be ready to launch. Thereby bringing to its users, various use cases such as Space Battle Grounds, decentralized exchange (DEX), Bridges, and a lot more.

For more information, visit the following: