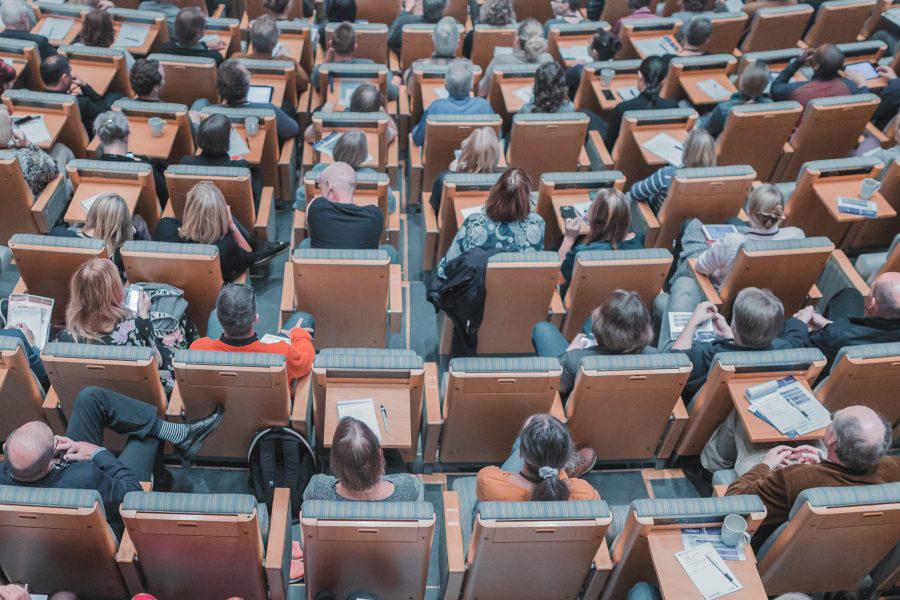 A number of blockchain conferences and related events have been lined up for the final months of 2018. These are events that will probably chart the course for the next phase of evolution in the blockchain industry.

Blockchain conferences and other related events have earned the reputation of platforms where networking and partnerships between key players in the industry are usually established. Several fruitful collaborations and key developments that exist today in the blockchain ecosystem are products of conferences.

Besides networking, these events serve as the ideal platforms to showcase new and ongoing products and also the individuals behind them for the purpose of industrial visibility. Investors are not left out as they find these events as opportunities to properly investigate projects which they may desire to become a part of.

Some key events have already been lined up and are set to systematically unfold, as the year 2018 winds down. Among them are the following:

Singapore is quickly emerging as a blockchain base, in Asia since the crackdown in China is forcing investors to find a more conducive environment to operate. There has been a sharp increase in the number of companies launching ICOs from Singapore in 2018. The same applies to industry-related activities going on there.

The iCapital Blockchain Cocktail Party is set to take place at the Bayswater Kitchen Singapore on 20th September 2018. The event begins at 7 pm, local time. The highlights of this event will include discussions about ongoing trends and developments in the blockchain industry and a lot of networking opportunities.

Also, in Singapore is a 5-day coming together of experts in a series of events between 27th November and the 1st of December that includes a BlockShow where industry participants cutting across various levels will have the opportunity to interact at close range.

The program of the event will include fun and relaxation moments and expo events where blockchain hubs, accelerators, and companies in Singapore will open their doors to participants.

Think Outside The Blocks, Seoul

Despite the ban on some blockchain related activities in the mainland of South Korea, it has not lost its reputation as a friendly ecosystem for technological innovation. As a matter of fact, the governor of Jeju, the largest island off the coast of the Korean peninsula, Won Hee-ryong had earlier this year proposed the region to be designated as a special zone for blockchain and cryptocurrency.

The upcoming event will feature an elite community of influencers, media, and 40+ powerful speakers in the global landscape. In terms of networking and fostering partnerships, using Block Seoul-exclusive technology, startups and ICOs seeking capital will be matched with investors, funds, and VCs from over 30 countries.

The event shall be held at the Sebitseom Island Complex, between the 17th to 19th of September, 2018. There shall, however, be a pre-conference cocktail on 16th September by 7 pm local time at the same venue.

The friendly regulatory framework of Thailand has positioned it as the darling of blockchain startups and establishments. After adopting its regulations for cryptocurrencies and ICOs in July 2018, the nation’s capital has become a beehive of crypto-related activities with several companies applying for various licenses to operate within the region.

A 5-day blockchain summit [Beyond Blocks Blockchain Week] is set to take place between the 26th and  30th of November, 2018 in Bangkok. This summit is planned to facilitate a face-to-face meeting for participants with the movers and shakers of the blockchain industry. It is primarily a networking and meetup opportunity, forming a significant part of the movement to drive the blockchain community forward in Asia.

Among the handful of blockchain-friendly jurisdictions around the globe, Malta stands out with perhaps the most forward-thinking regulatory agenda. The European island state has established itself as the No.1 spot for crypto trading, in the process earning the nickname “Blockchain Island”.

The Malta Blockchain Summit holding on the 1st and 2nd November 2018 is expected to present an opportunity for a buzzing expo and riveting discussions about the world-changing potential applications of the Blockchain as well as AI, Big Data, Quantum Technology, and IoT. The Summit anticipates 5,000 delegates and will also feature a Hackathon as well as an ICO Pitch with hundreds of investors.

The United States and the city of San Francisco is no stranger to blockchain activities. As a matter of fact, it is the city that hosts the popular hotbed of technological innovations, Silicon Valley. Several developments are currently ongoing in the US that will significantly affect the future of the crypto ecosystem, especially in terms of defining a regulatory framework.

The Forum will feature several big names in the industry, discussing the issues and developments that will determine the direction of blockchain and associated technologies in the near future. The 4th and 5th of October  2018 event is expected to offer participants the opportunity to have a view into where the industry is headed by listening to the industry’s forward thinkers.


Related Topics:
Up Next

The Best Tools for Algo Trading in Crypto