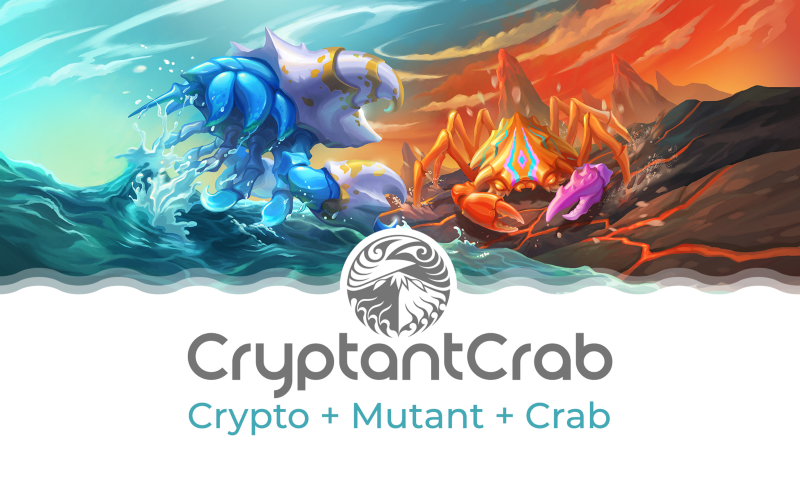 Ever since Satoshi Nakamoto created Bitcoin [BTC], the very first cryptocurrency, blockchain technology has placed itself as a constant disruptive technology. This growing innovation has also grasped the attention of several key players from various industries such as IBM, Intel, and SAP.
Among various industries that are working within the blockchain, a majority of the community believes the games industry is going to lead the adoption of blockchain and cryptocurrencies. There is a high chance that the ‘Killer App’ will emerge from this sector even. This could be due to how over half a billion people around the world have been playing games for at least an hour a day. Closely linked to that is how the average group of players either fall in the Millennials or Gen-z categories – both are the main contributing groups to a nation’s economy.
iCandy Interactive, a game developer and digital entertainer, has stepped into the blockchain space with the launch of CryptantCrab. The company aims to disrupt the games industry with blockchain technology. The company is already a well-established player in the video games sector, with over 350 million gamers worldwide and over 500 million downloads.
World of CryptantCrab
CryptantCrab, a web-based game, takes inspiration from the popular mobile game – Crab War. This game runs on the Ethereum blockchain and managed to raise over $69000 within a timeframe of 10 days, during its pre-sale event. Having these results, the company affirms that the gamers on its next-gen blockchain game are going to be early blockchain adopters.
Collecting crabs is just one major aspect of CryptantCrab, with the other being able to customize them. Included in the major update for early January 2019 are players gaining immediate access to the Mutation and Xenograft features. Where mutating a part enables gamers to engage a risk/reward system during the alteration, Xenograft provides a more predictable outcome.
Players get to graft away a specific part from a crab and transplant it onto a prized fighter or critical member of a collection, giving them the ability to create complete sets or ferocious fighters.
Crabs that have their parts grafted will turn into a Fossil and cannot be sent into a battle again. To ensure a more diverse marketplace and further energize ecosystem activity, the Fossils still offer some level of value as they can also be traded among players. Seeing as Fossils and the more powerful and rare Relic Fossils can be equipped on crabs going into battle, it makes perfect sense for them to gain some intrinsic market value.
Active Trade and Battle
Engaging these customization features, along with the active marketplace trading, will raise the odds for the upcoming battle activities in CrpytantCrab. Beyond improving the overall stats and battle prowess of these crabs, their overall tradeable value also increases as they gain experience and level up.
These customizations and marketplace trading give players the chance to improve their crabs and ready them for the upcoming Battle and Pool Arena modes. As for the arena, it will be where players can sign-up their crabs to see which of their prized fighters can claw their way to the top of the pile. Those going into the Pool Arena get a shot at the big Ethereum prize-pool.
The fighting aspects and need to complete collections will increase demand for crabs, Fossils, and Relic Fossils, resulting in a more engaging platform for the trading ecosystem. This is how iCandy Interactive wants to make blockchain games more engaging and immersive. At the same time, these efforts will also raise the market value of crabs as demand and user engagement go up.
More details on CryptantCrab and its new features can be found here.

Jubiter – What are multi-asset wallets?