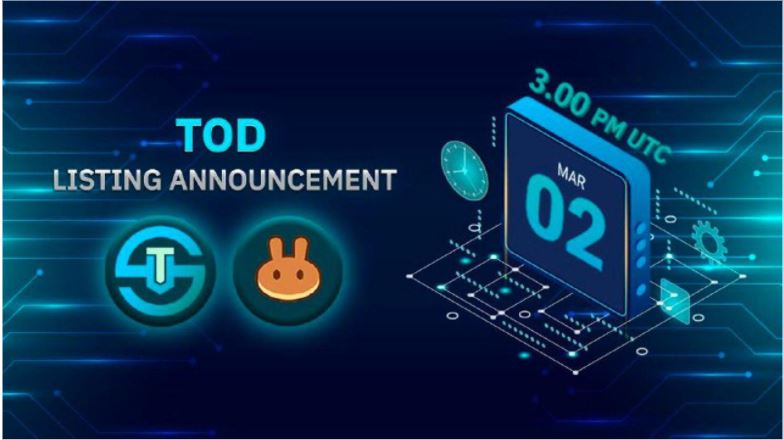 Trava Finance, a leading decentralized marketplace for cross-chain lending, has revealed the launch of its latest product TraDAO. This development is expected to benefit the Trava Finance ecosystem.

TRADAO stands out as the first protocol that supports multi-chain deployment in DeFi 2.0 and Web 3.0. It is designed as a protocol owned liquidity (POL) that accumulates value through bonding and auto-compound staking activities regulated by Trava Treasury.

Compared to other platforms in DeFi 2.0 space, TRADAO Protocol offers several unique value propositions to users via its native token called TOD. TOD is a decentralized reserve currency that Trava Treasury backs to ensure that it does not fall below its base value of $1.

To ensure this is achieved, a Mint & Burn mechanism has been initiated to ensure that the value is maintained via different incentives to holders. Furthermore, DeFi users can get an optimized experience using TRADAO.

Users can use the bonding feature to purchase TOD at a discounted price compared with exchanges in other assets such as stablecoins, LP tokens, and more. Bonders will have a certain threshold of TOD tokens that they are entitled to vested under specific conditions.

TRADAO further allows users to buy more TOD tokens with less collateral via the bond installment feature. Users can then leverage their assets in the Staking strategy to pay off their initial debt.

A staking feature will be launched that will enable TOD holders to stake their assets in the auto-compounding vault and earn rebate rewards. These rewards are received from bond sales held in Trava treasury or profits from other activities by the protocol.

In addition, TRADAO has initiated a wallet reputation system that will provide users with more benefits. This feature acts as a credit score system. Long-term holders of assets within the Trava ecosystem will be given a high wallet reputation. 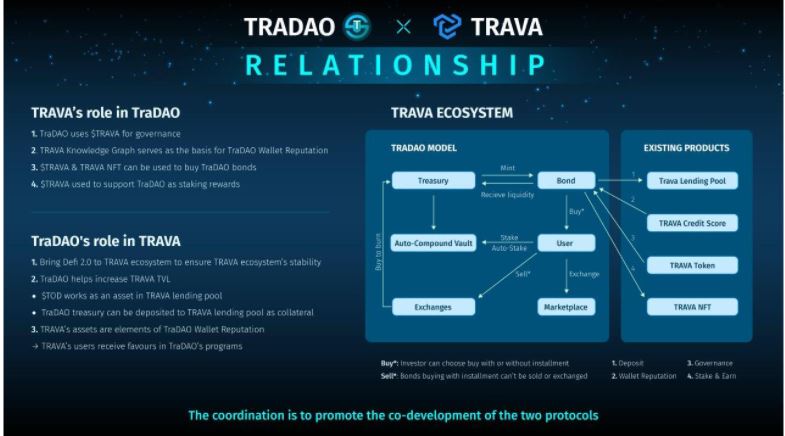 Trava Finance will be integrating TRADAO into its ecosystem. Trava tokens will serve as the governance token and reward tokens. Therefore holders will be able to create proposals and vote to determine the project’s future.

In addition, those that stake TOD tokens will receive rewards in TRAVA tokens and can use them to purchase TRADAO bonds. TRADAO’s liquidity can be deposited to Trava Lending Pool to generate more profit shared with users in the entire Trava ecosystem.

The launch of TRADAO is expected to have several beneficial effects on Trava’s ecosystem stability. Some of these include the increase of TRAVA TVL, TOD tokens to Trava’s lending pool as collateral, and the inclusion of Trava’s assets as part of TraDAO wallet reputation.

More developments are on the horizon

Trava will also launch the main features of TRADAO in Q1 2022. Users will be able to leverage their tokens to purchase bonds and get rewards. To learn more about Trava Finance and TraDAO visit the links below.