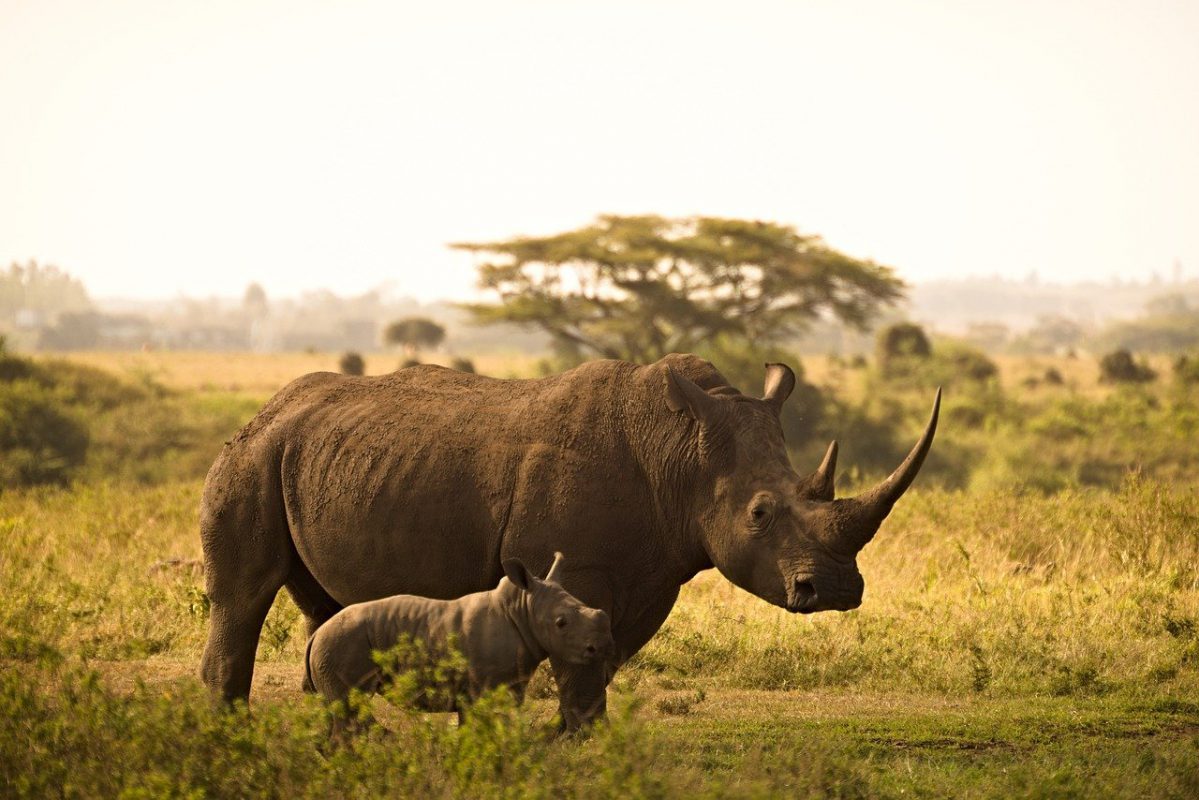 Tron climbed past the $0.05-level once more but saw some selling pressure over the past couple of days. Decred recovered with strength and was trading within a region of supply at $170, while Augur flipped the $33.3-level from resistance to support. 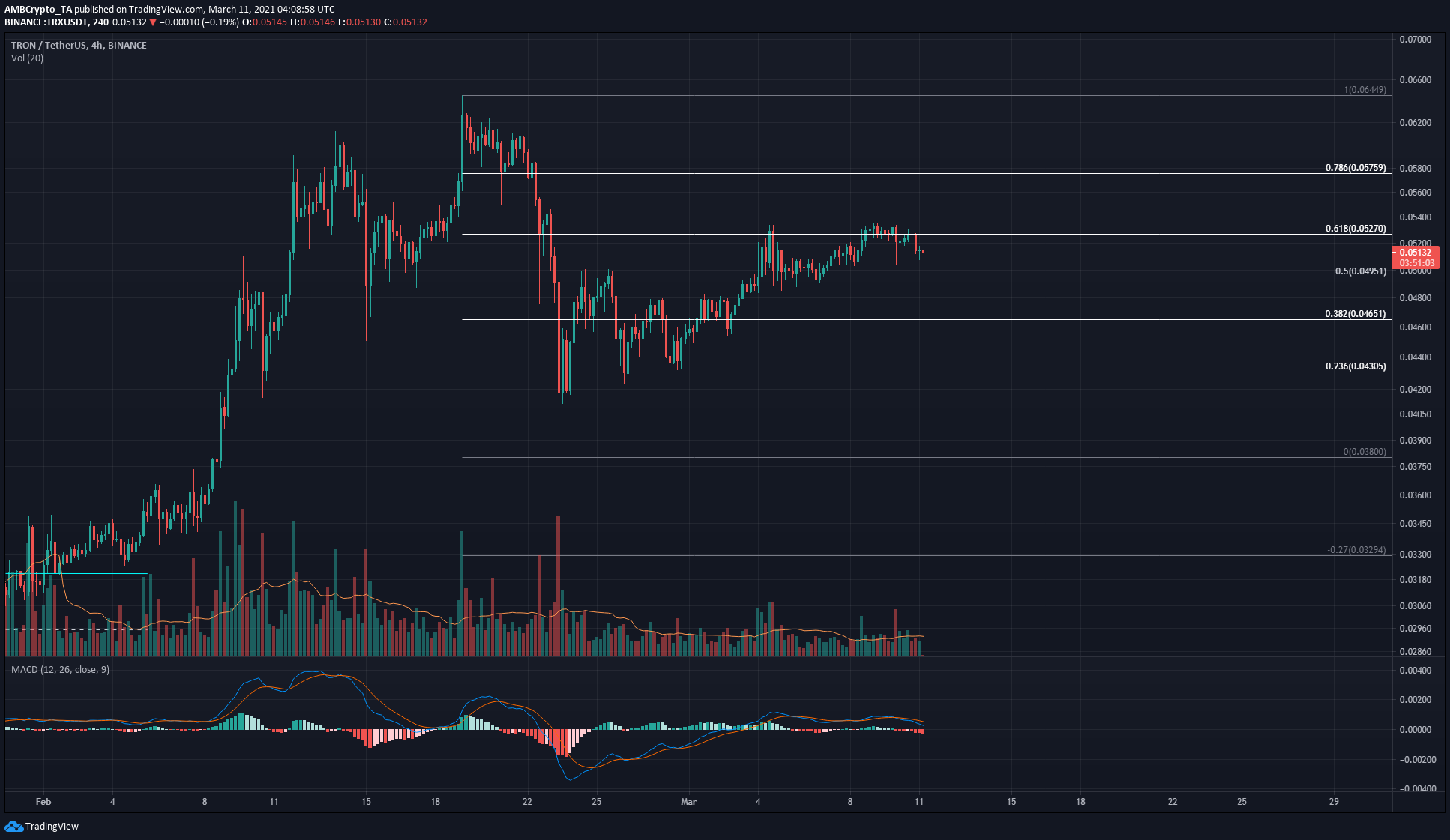 Using the Fibonacci retracement tool for TRX’s descent from $0.064 to $0.038, some levels of retracement were highlighted as resistance for the price’s recovery.

Over the next few days, the $0.048 and $0.053-levels would be of importance to TRX. The crypto’s price has bounced between these two levels for the past week. Further, the MACD pictured a bearish crossover on the 4-hour charts, accompanied by low trading volume. 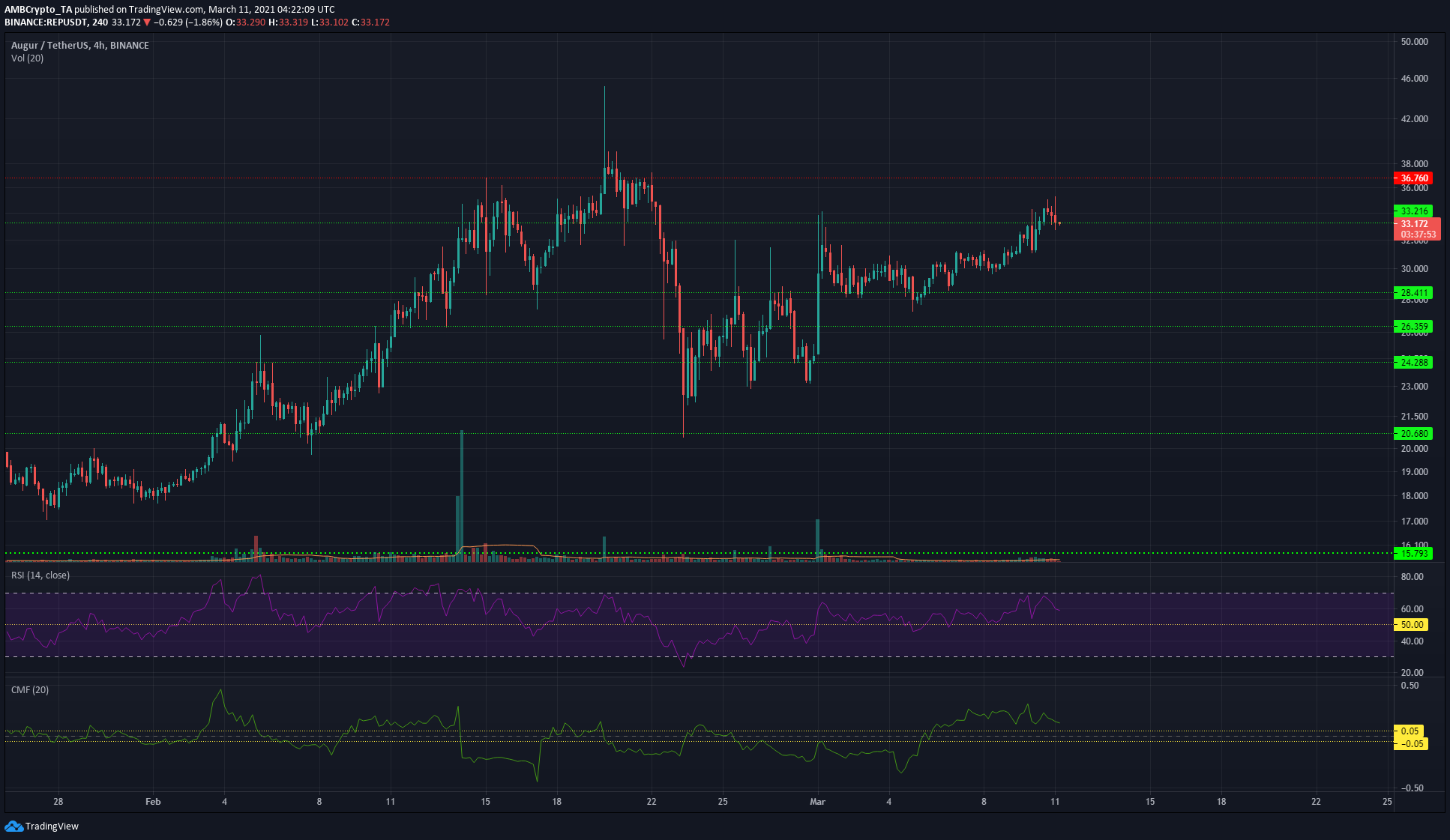 Augur was rejected at the $33.3-level of resistance in early March. Since then, REP has retreated to find buyers around the $28.4-level, while embarking on a rally that took the price past $33.3 and flipped it to support/

Any dips to the $32.5-$33 region would be an opportunity to buy in the short-term. Climbing past the $30-mark is an achievement for the price, and it has knocked on the doors of this level since mid-February. Before then, the price was here last in September of 2020. The RSI was well above 50 and underlined bullish momentum while the Chaikin Money Flow highlighted net capital inflows into the market. 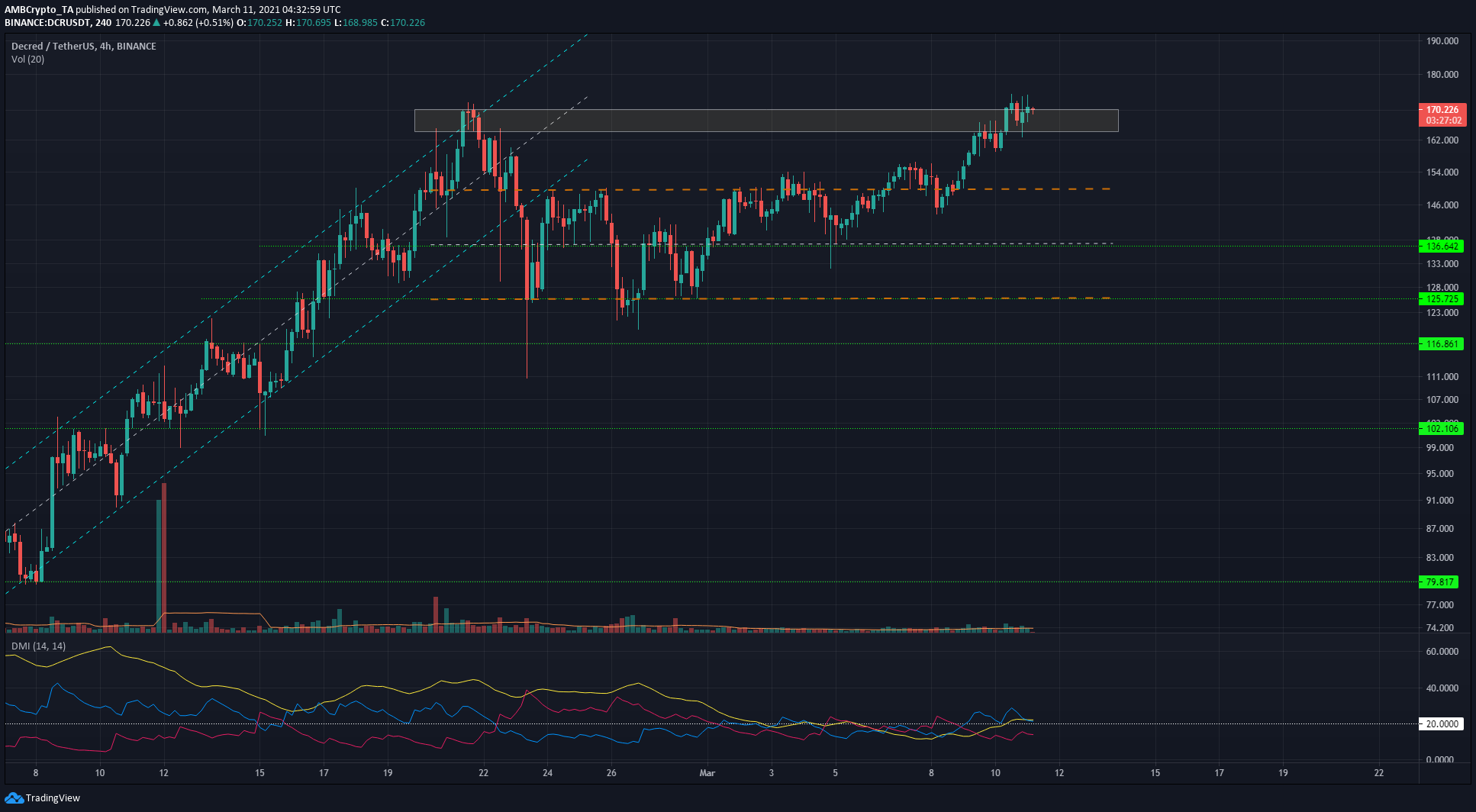 Decred was trading within a rising channel until late February when selling pressure across the market forced it to drop lower to visit $111. It formed a range between $125 and $150 (orange) and climbed past the range highs to test the region of supply at $164 to $170.

At the time of writing, the DMI showed a strong bullish trend was beginning, and rising above the region of supply and flipping to one of demand will likely see DCR climb higher to $190.