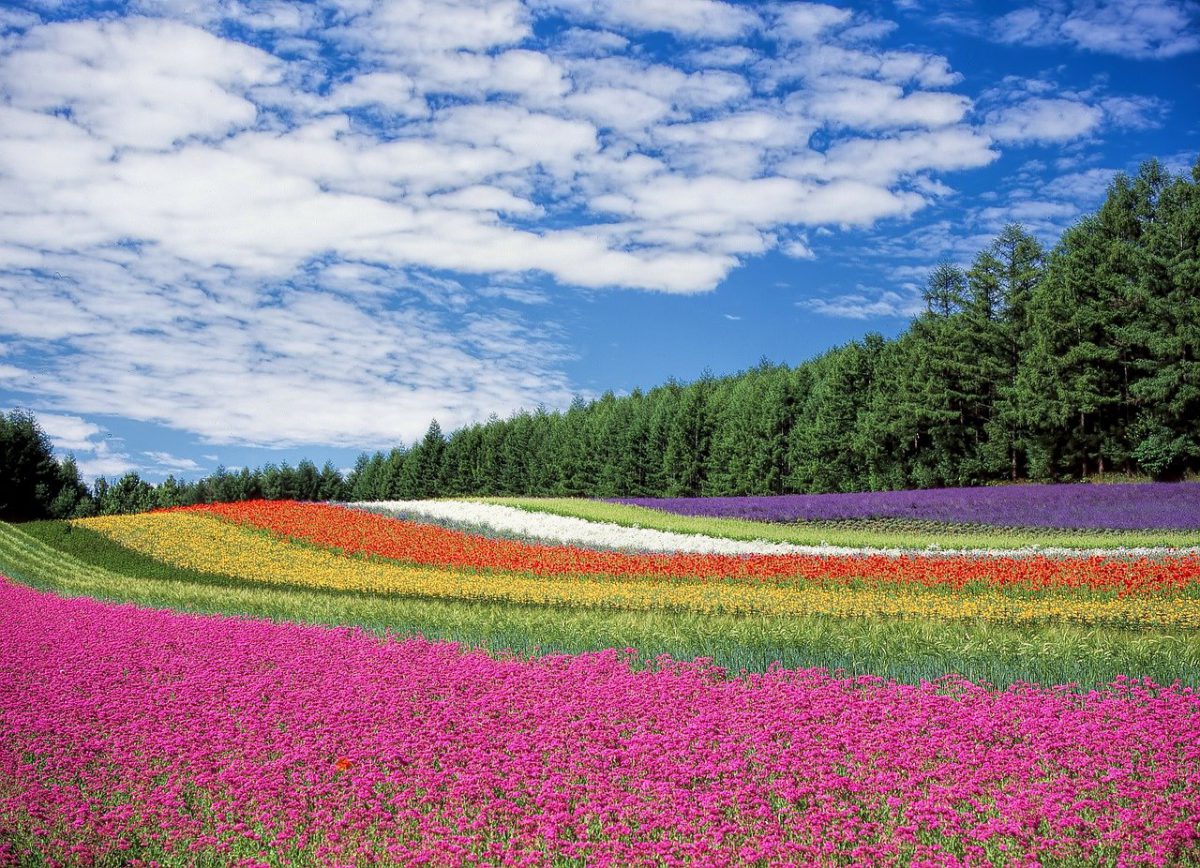 Tron faced resistance from a horizontal level, as well as from a Gann fan line, and was likely to see a rejection at the level of resistance. Ethereum Classic dipped towards $7.5, but can defend it and register a northbound move while IOST was poised to surge past a level of resistance following strong bullish momentum on the price charts. 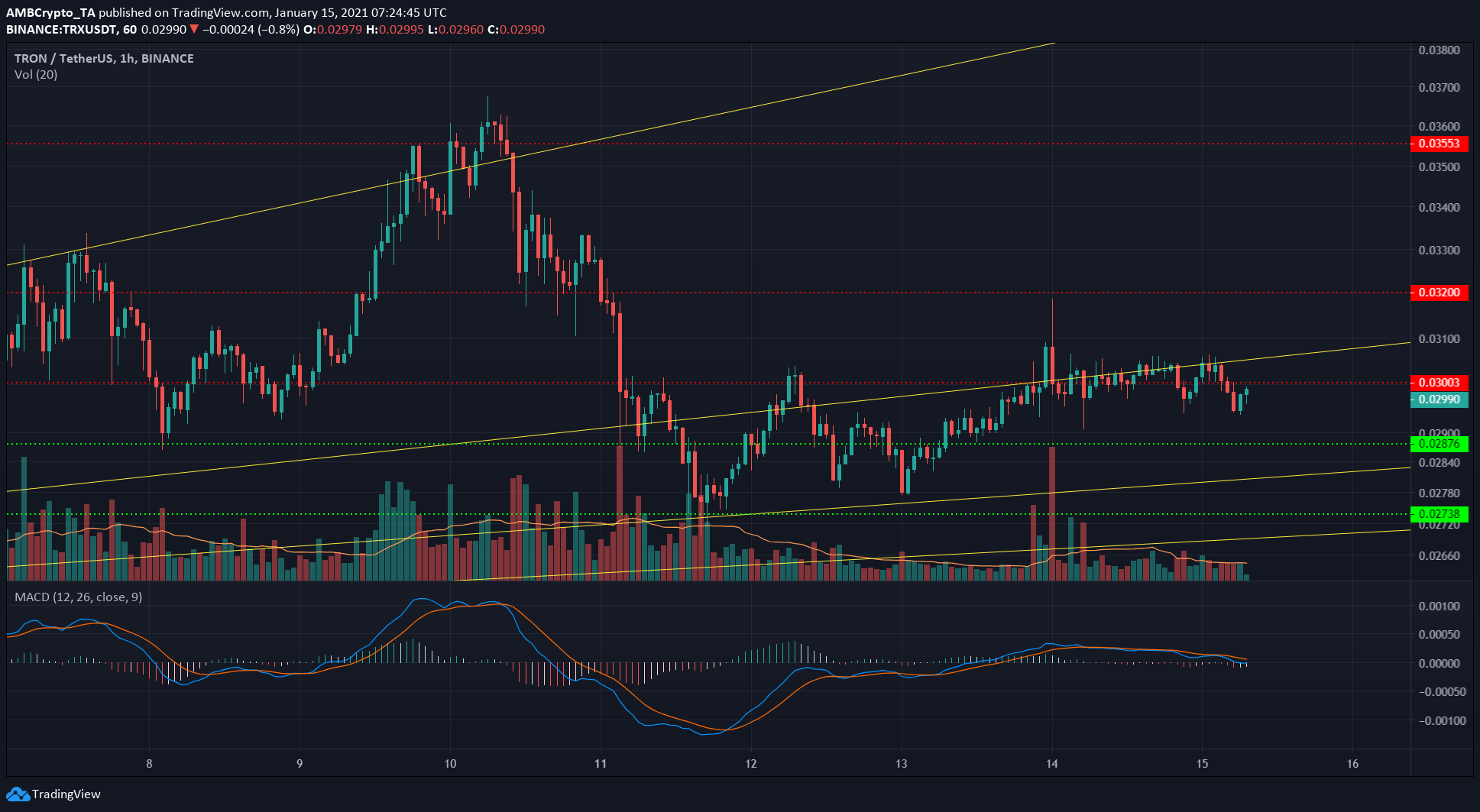 Using the 1-hour charts for more clarity on TRX’s price action, it can be seen that the 2:1 Gann fan line has been respected as a level of resistance for TRX.

Alongside the $0.03-horizontal level of resistance, TRX was trading right at the doorstep of a confluence between the horizontal and the fan line resistance. This increased the likelihood of rejection. Conversely, a climb above $0.031 over the next 24 hours will indicate rising bullish strength.

The MACD showed a bearish crossover and was on the verge of crossing beneath zero. Based on the evidence at hand, further downside was likely for TRX, with $0.0287 to serve as support. 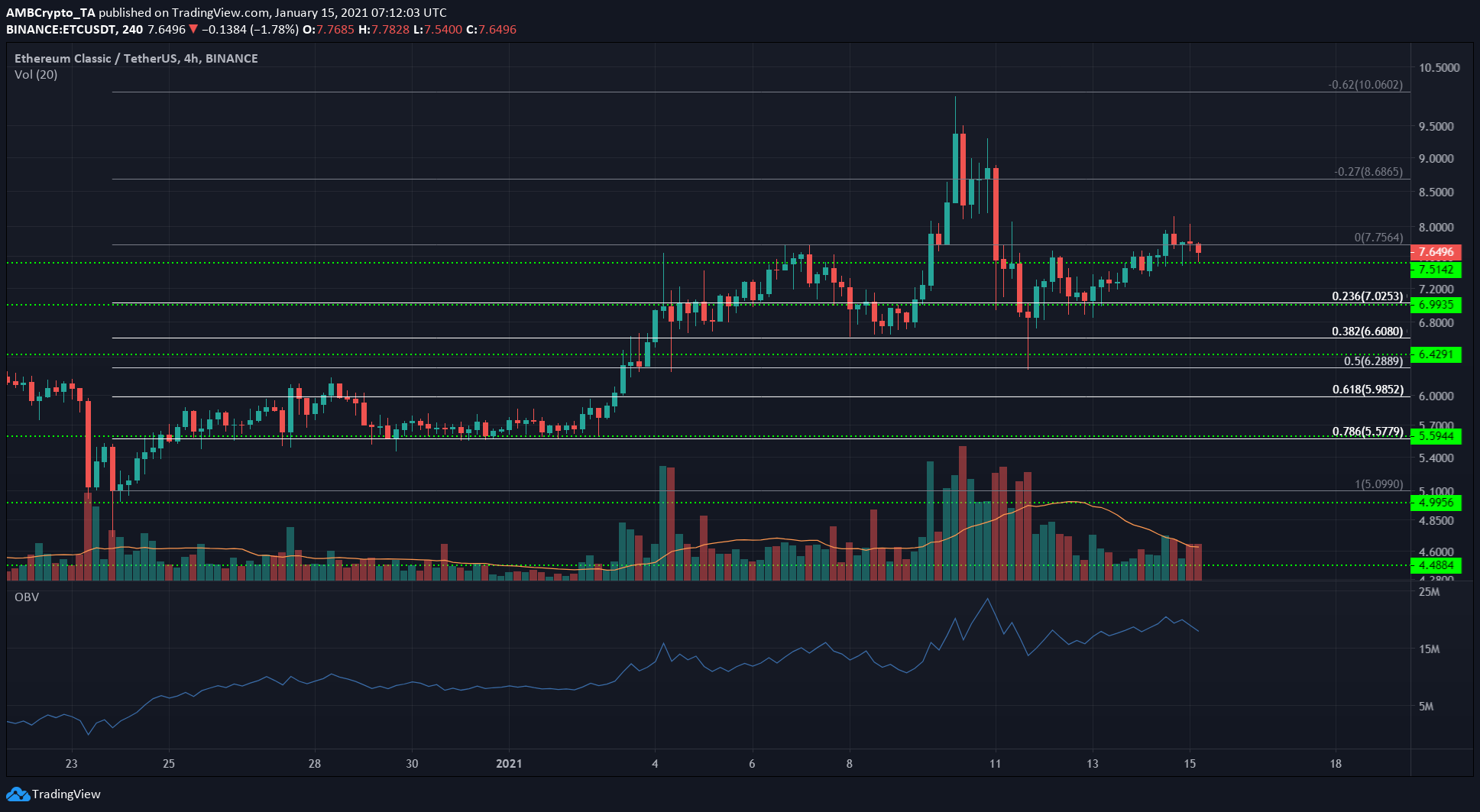 Ethereum Classic enjoyed two very important regions of support that ETC bulls would have to defend – $7.5 and $7. ETC has been on an uptrend throughout the month of January.

The OBV affirmed the trend as it noted a consistent rise in buying volume day after day. Even the most recent drop from $9.5 did not see a huge volume of ETC sold.

A successful defense of the $7.5-level over the next few hours would pave the road for ETC to rise toward the 27% extension level at $8.68. 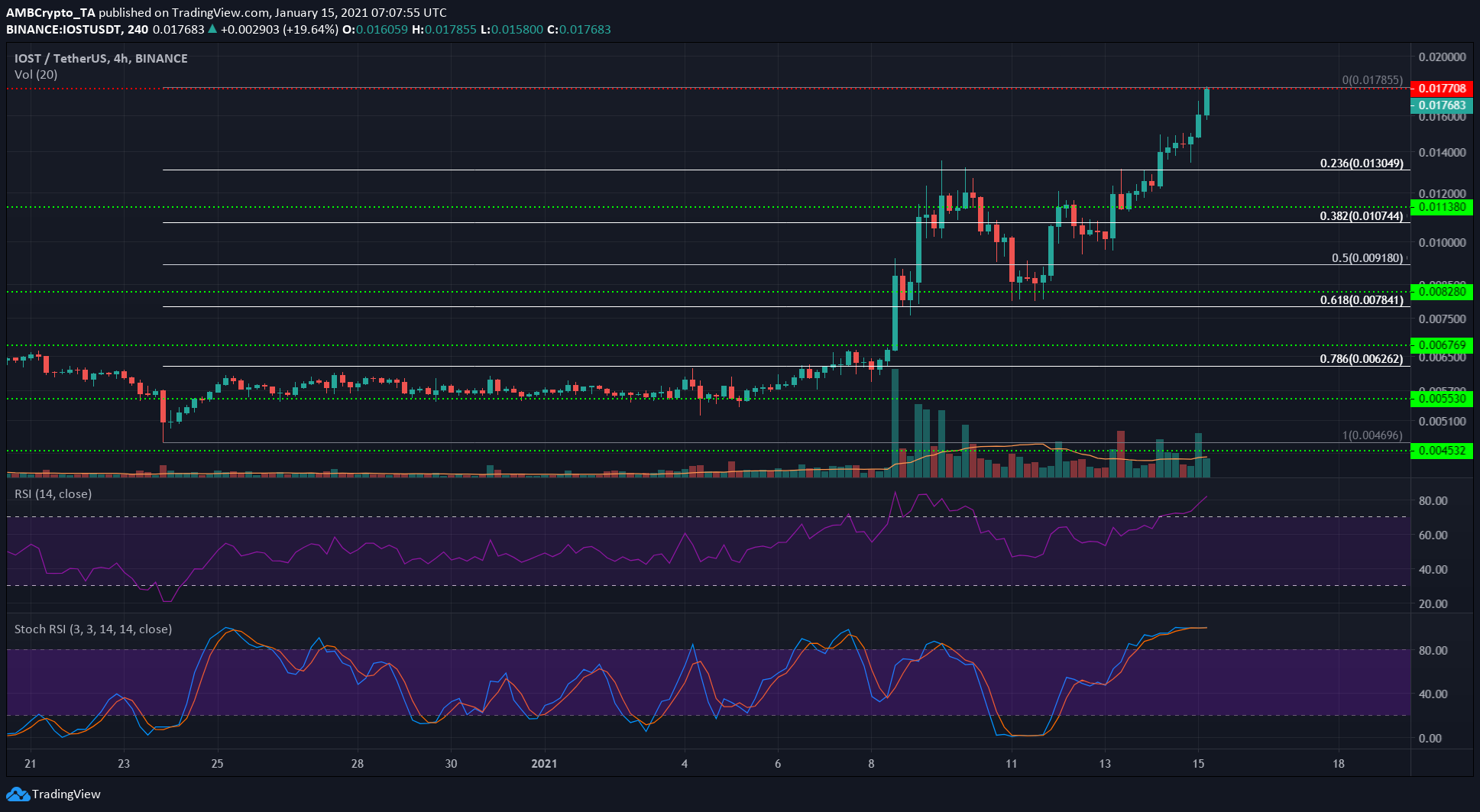 The RSI and the Stochastic RSI showed that IOST was overbought and a correction was due. However, this does not necessitate a pullback for IOST.

The resistance at $0.0177 will have an impact on IOST prices in the short-term. A rejection at this level will see the price retrace to some of the important Fibonacci levels such as 23.6% and 38.2%.

A surge past this resistance would see the price climb, then retest $0.0177 as support and possibly, consolidate for a few days before another move upwards.