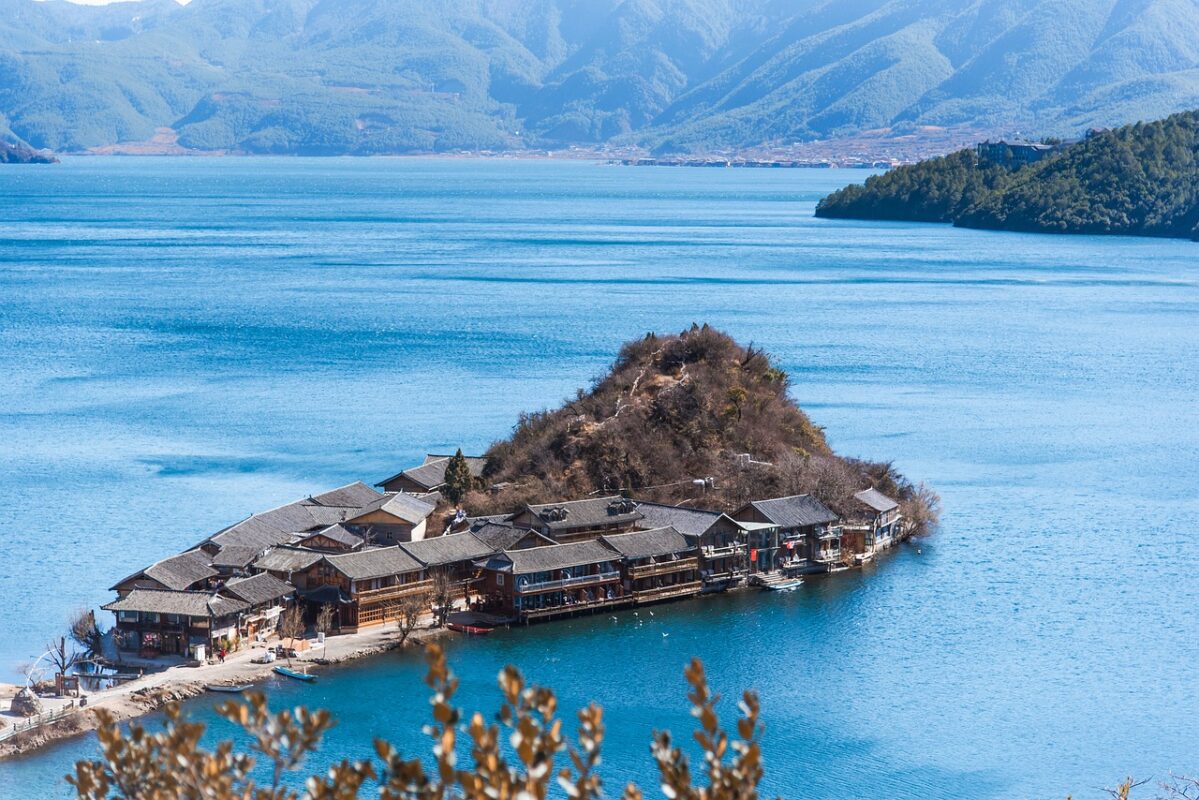 Tron saw a breakout past $0.121 to test the $0.166-level as resistance. Huobi Token also attempted to break a short-term downtrend to push it towards the $22-level but was halted by a wave of selling across the market. Finally, Enjin looked likely to descend below $3 once again. 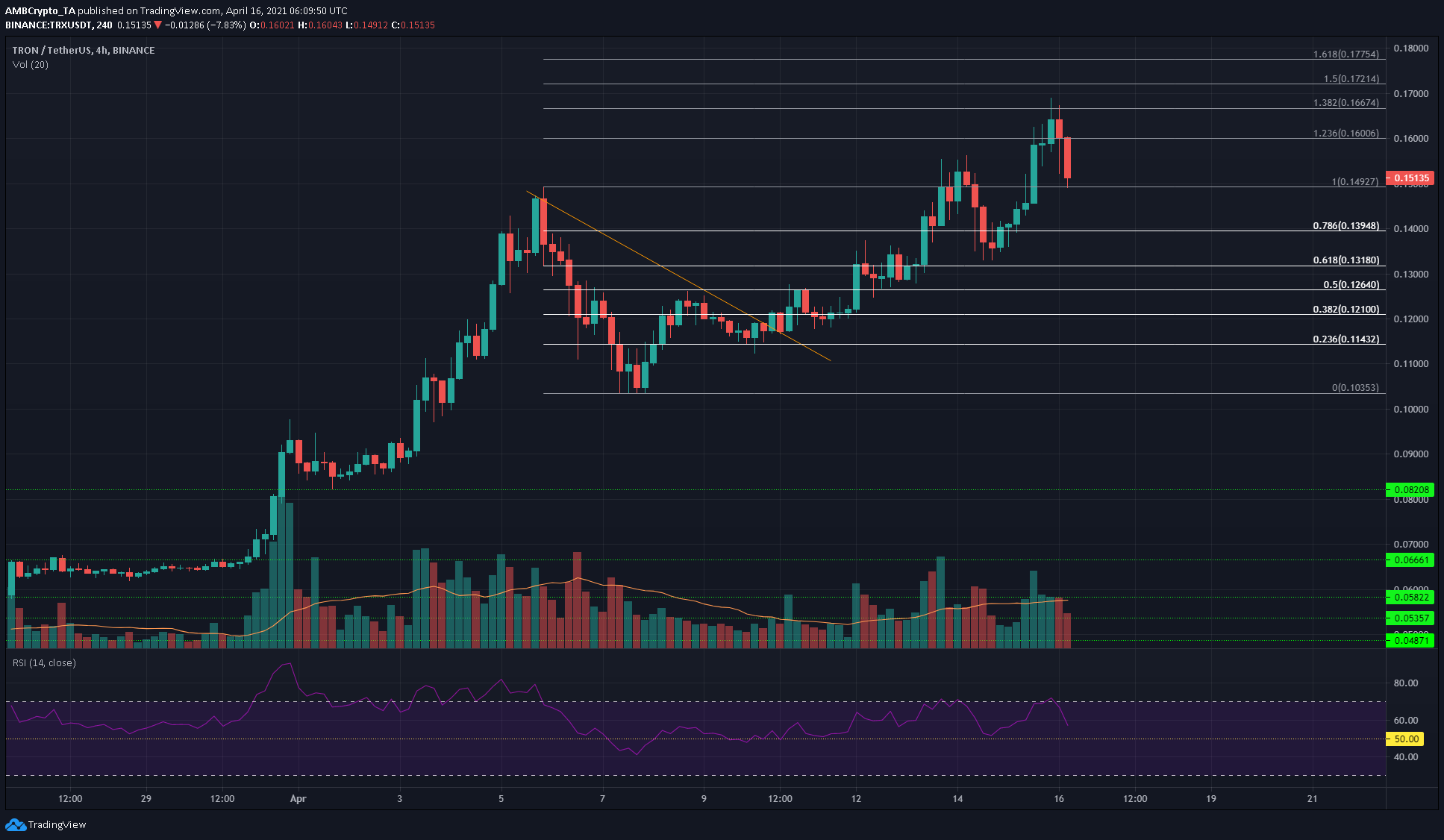 The previous week, TRX faced rejection from the $0.126-level, the 50% retracement level for its drop from $0.149 to $0.103. After this rejection, TRX tested the support at $0.114. Since then, the price has broken out of the descending trendline (orange) to continue its previous uptrend.

The RSI also climbed above 50 when TRX climbed past the $0.121-resistance, and momentum shifted in favor of the bulls then.

The extension levels for this move plotted some overhead resistance levels such as the 138% level at $0.166 and the 150% level at $0.172. Trading volume was strong too and underlined the strong demand in recent days. 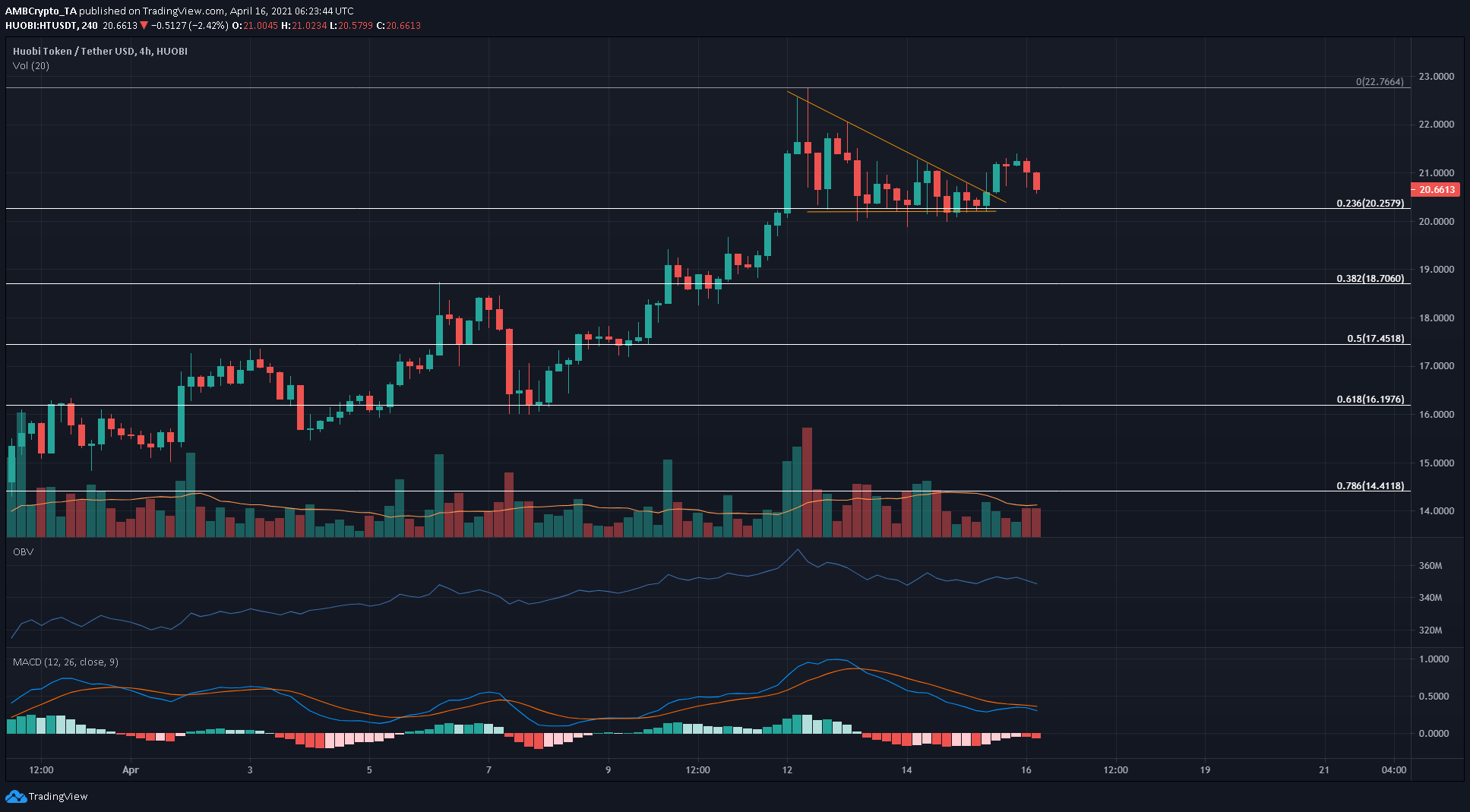 Another exchange token that has been doing extremely well over the past two weeks, HT is likely to have further room to run. It was forced to drop from $21.3 to $20.25 due to the losses in recent hours. This halted a breakout from a descending triangle continuation pattern.

At the time of writing, momentum was bearish in the short-term as the MACD formed a bearish crossover above zero and could take HT back to the $20.2-region. Closing a trading session under this level could see a deeper pullback to find support in the $18.7-$19 region.

The OBV has seen a noticeable pullback as well, despite the uptrend of recent weeks. Buyers were outweighed by sellers over the past few days, and this hinted at bearish sentiment as well. 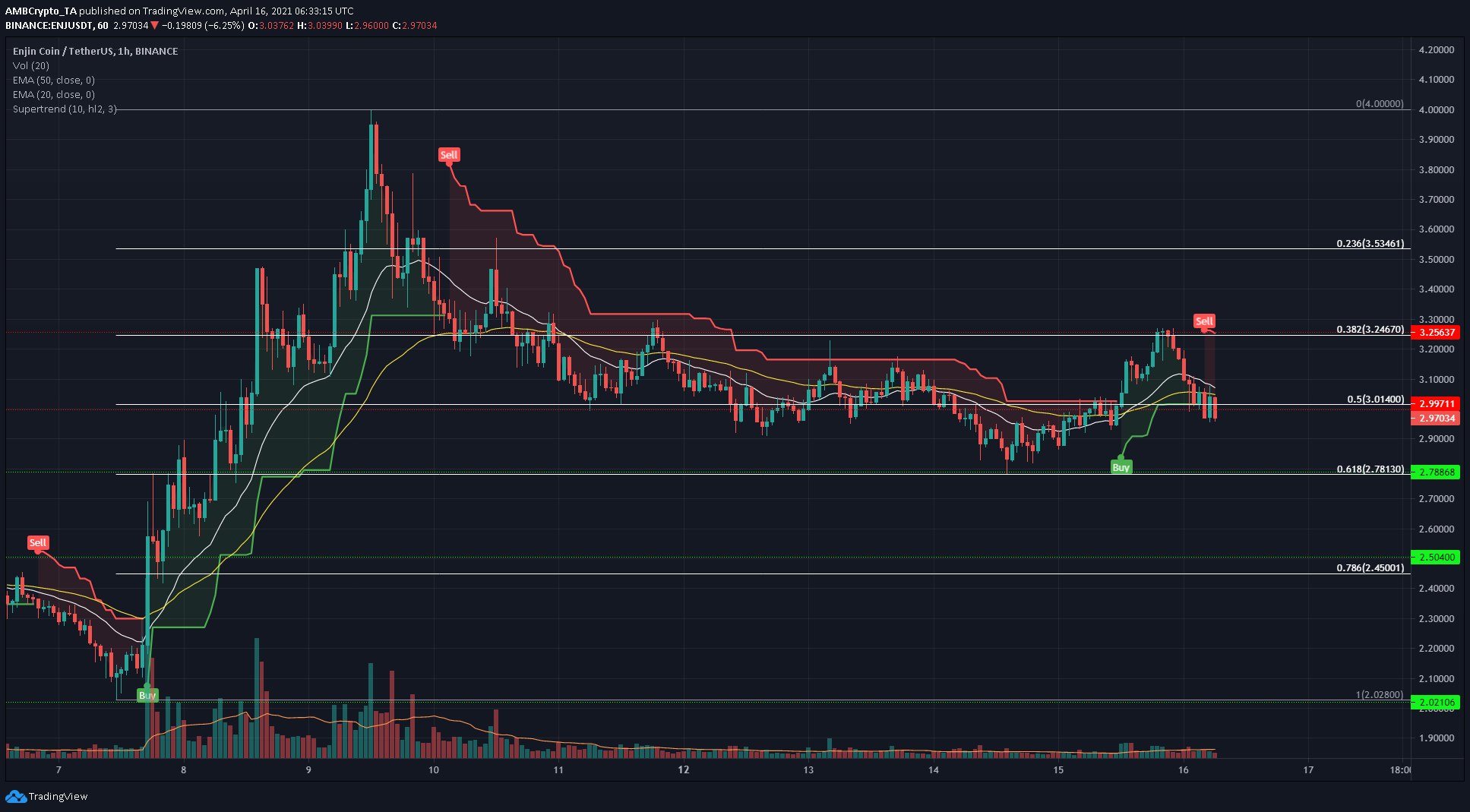 The Fibonacci retracement levels lined up well with some historic levels of support and resistance. Since its surge from $2 to $4, ENJ has been on a strong downtrend that even took it under the 50% level at $3 to test the $2.78-level as support.

Once more, the price appeared to be headed south of $3. The Supertrend indicator gave a sell signal that would only be flipped to buy on a trading session close above $3.24, one which can be used to set a stop-loss with lots of breathing room.

The 20 EMA (white) was above the 50 EMA (yelllow), but falling to highlight the onset of bearish pressure again.