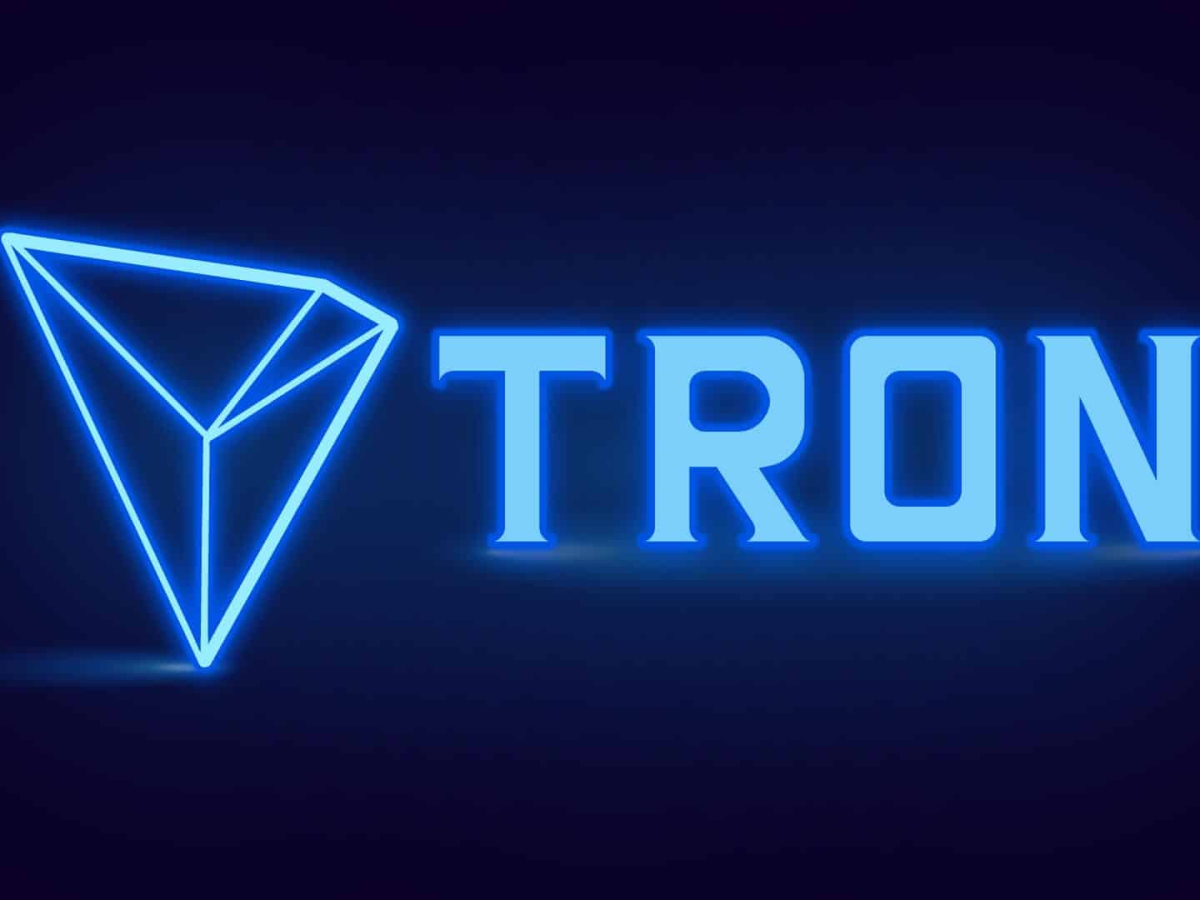 In the world of top altcoins like Ethereum, Cardano, and others, alts with smaller market value get very little chance to prove their worth. But, when they do, it’s worth all the attention.

One such alt is Tron (TRX), the brainchild of Justin Sun. The coin is being anticipated to perform exceptionally well in the coming days given its recent price movement.

Even though Tron may not have established itself as the topmost chain, it is definitely emerging as one by becoming bigger with every passing day. And, in the last 10 days particularly it has boomed a lot.

Also, in its approach of expanding the network, it partnered with the APRNFT foundation. This partnership has been brought about for funding NFT projects using $100 million for the same.

But its biggest update came on November 4 when Bittorent, owned by Tron, integrated with the Binance Smart Chain. This has enabled users to transfer most assets between Tron and BSC without any restrictions.

However, it seemed like investors had already anticipated this integration as just a week ago Tron’s TVL jumped by $2.2 billion in 24 hours.

Or, it could also be the result of the launch of Tron’s latest lending protocol JustLend which launched with almost $2 billion in TVL. Consequently, it is currently ranked as the sixth biggest DeFi blockchain.

In any case, the result was quite interesting as in just one day, Tron flipped Fantom and Polygon in terms of DeFi TVL.

But Tron better than Ethereum?

In terms of investor behavior and on-chain performance, Tron has been performing well too. The network is already clocking higher active addresses than Ethereum, Cardano, and XRP since the beginning of this year. 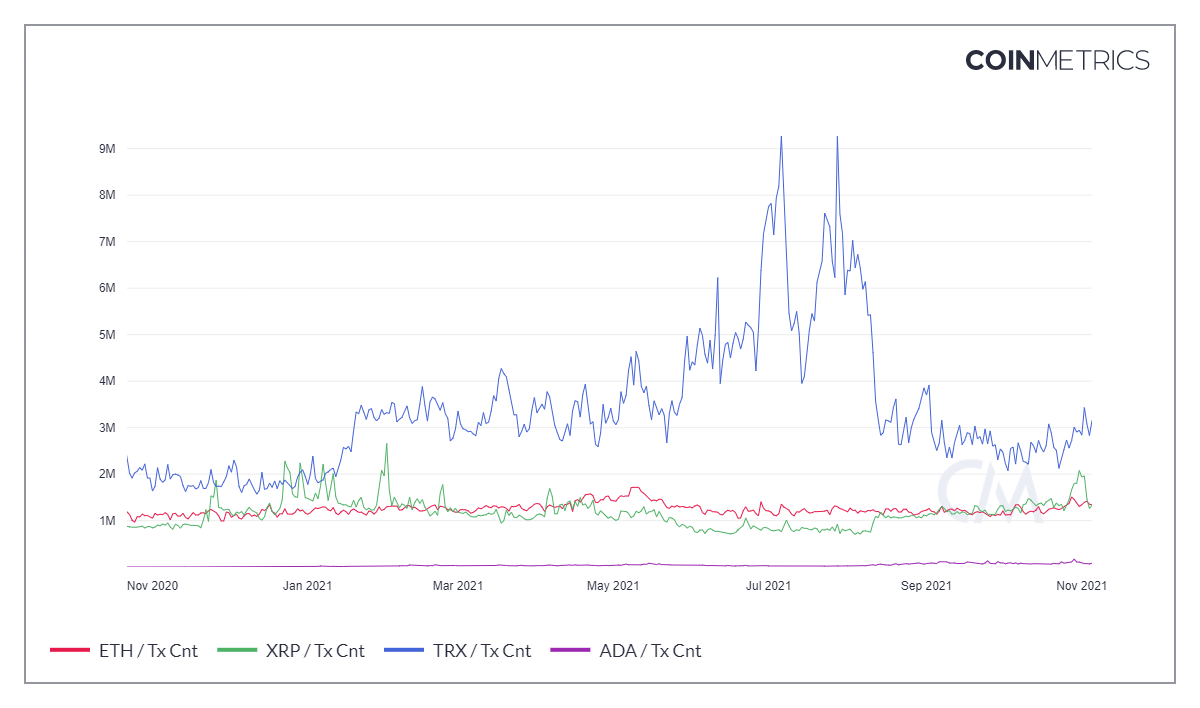 However, its recent growth has not been capable enough to cover for the lack of its development over the year, which is why its ROI still remains comparatively lower. 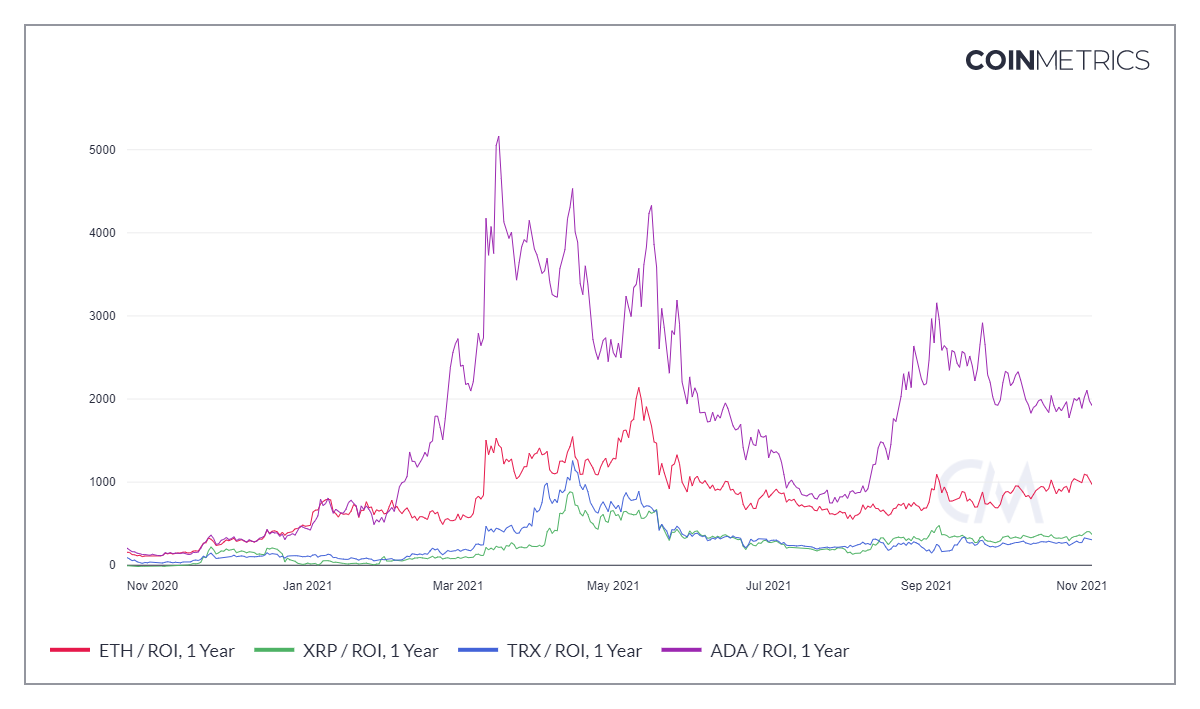 Even though it may look like Tron might be rising to kill its competitors, one must remember that all the protocols on the network are named after Justin Sun.

Ideally, Tron might be climbing the ranks but it still needs well-grounded market performance. But, again one can’t be absolutely certain in this unpredictable market if Tron could prove to be a competitive chain.

Assessing the chances of Uniswap, Sushiswap getting on board the bullish train