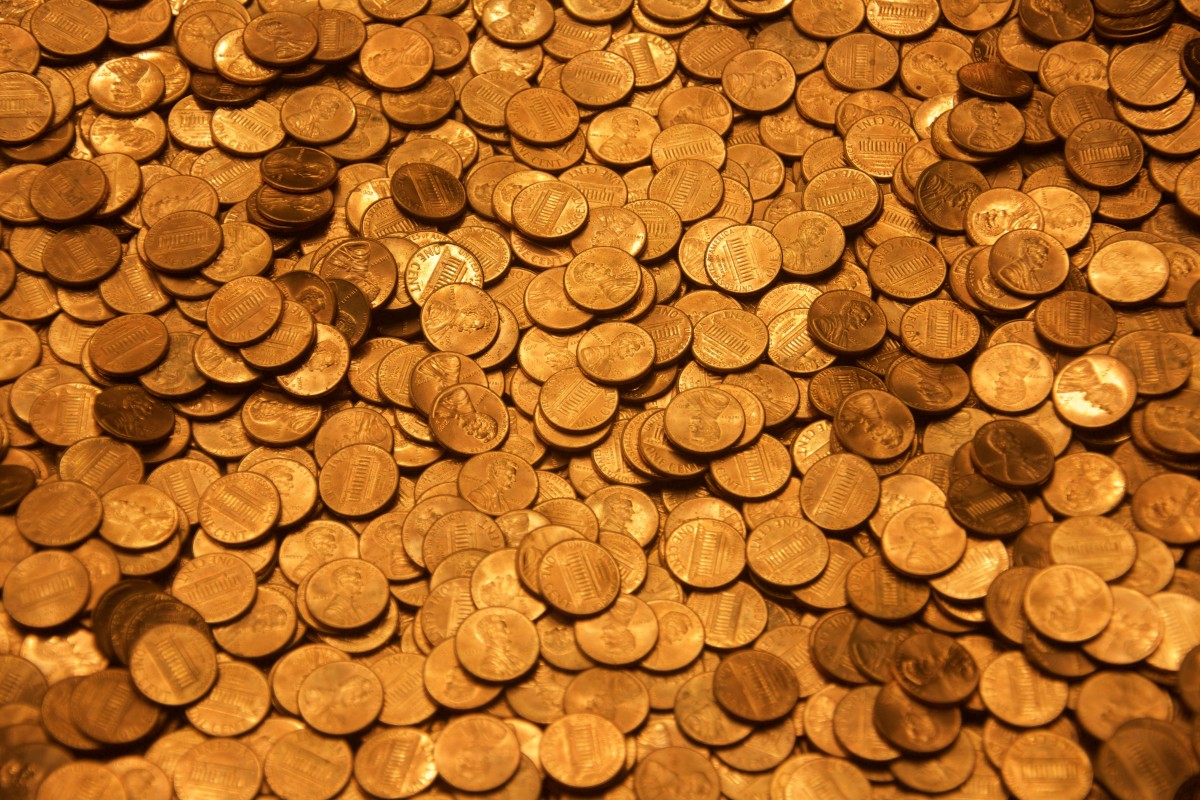 A wise man once said “Algorithmic stablecoins are fast becoming the norm – protocol-issued dollars coming to every blockchain.”

Like a self-fulfilling prophecy, two days ago, Tron launched its USDD algorithmic stablecoin. According to the founder and former CEO of Tron, Justin Sun, the Tron Blockchain intends to hold $10 billion in Bitcoin and other crypto, as reserves for its USDD stablecoin.

At the time of this press, $201.245 million worth of USSD was already issued on the Tron Blockchain. The launch of a stablecoin on a blockchain is met with a spike in the price and performance of such blockchain’s native token. Has this been so with regards to TRX?

Laughing To the Bank

While yesterday was a bloodbath for major crytocurrencies and several altcoins, TRX appeared to have recorded gains following the launch of the network’s stablecoin. Standing at $0.08478, Tron’s native token rallied up by 6% in the last 24 hours. On a 7-day window period, TRX also made significant strides with over 80% recorded in gains.

Similarly, the intersection of the MACD line with the trend line in an uptrend noted at the time of press indicated that the bulls were having a field day. 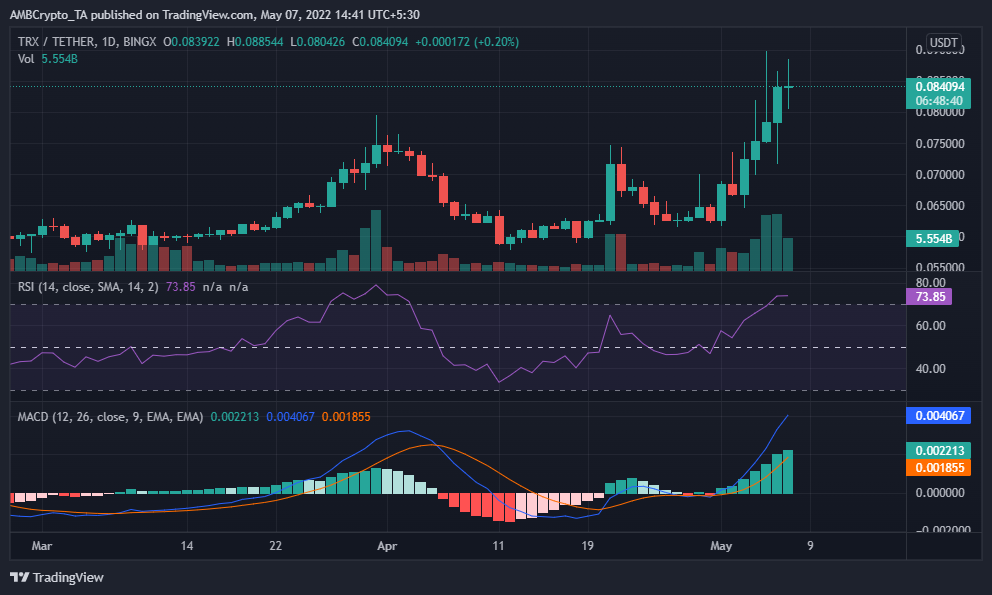 Furthermore, the market capitalization for TRX saw a 5% increment in the last 24 hours. This also was indicative of increased trading of the token following the launch of the Network’s USDD. Over a 7-day period, this was up by 32%.

However, on a social front, the news of the launch of USDD had no significant impact on the Social Volume and Social Dominance of the TRX Token. Similarly, the index for Developmental Activity, although appeared to have been on an uptrend at the time of writing, it saw a decline following the launch.

As the USDD stablecoin continues to enjoy utility and launch of further projects on the Tron’s blockchain ecosystem, one might expect this to spike too.

Will More StableCoins be Floated?

At a market capitalization of $185.61b and an increasing understanding of the benefits of a blockchain have its own stablecoin, the nearest future might be marked with a boom in the number of stablecoins in existence.

Ethereum: Despite bleak price action in ETH, here’s what derivatives data has to say