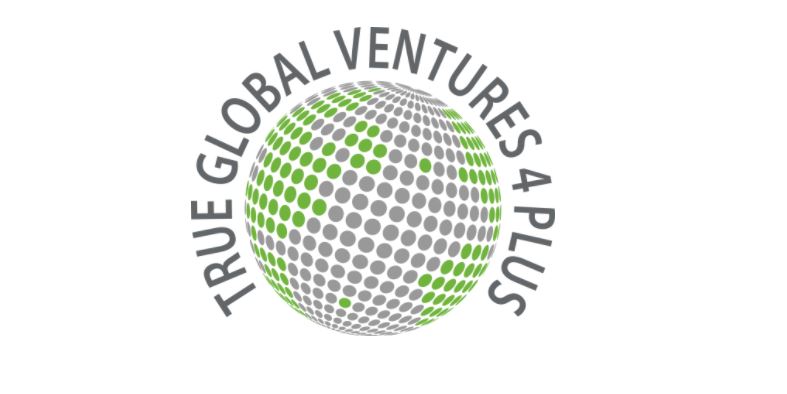 True Global Ventures 4 Plus is a Singapore-regulated venture fund, which invests in serial entrepreneur late-stage equity Web3 blockchain companies globally, now with an increased presence in the United Arab Emirates and Spain

True Global Ventures 4 Plus (TGV4 Plus) Fund is currently investing about US$25 million into the equity of 5 industry-redefining Web3 and Blockchain.

TGV4 Plus Fund focuses on 3 main verticals in Web3 which are Infrastructure, Financial Services that are powered with Blockchain, and Entertainment like Play-To-Earn Games GameFi, Metaverses, NFTs.

Leveraging on the success of early investments into Animoca Brands, The Sandbox the fund has recently also invested into 3 companies, namely Forza Ikonia in November 2021, Pinktada, and PictureThis in December 2021

Forza Ikonia recently sold out their Mauer (Berlin Wall) NFTs for 3 Million SEK (about US$330,000) their second drop in less than 20 minutes when the sale went public, announcing a historic collaboration with The Sandbox to celebrate the collection’s completion by destroying a virtual representation of the Berlin Wall together with all Sandbox players in later 2022.

Pinktada launched their ultra-exclusive Legendary Travelers series of NFTs, minted to mark Pinktada’s seminal pre-launch phase is a testament to the courageous, travel-loving spirit of its holders. The holders of these NFTs get benefits beyond economic value too.

PictureThis was launched by a world-class team in Photographic art. The platform will market and sell premium NFTs designed to bridge the physical and digital worlds and represent a hybrid ownership experience coming with a physical photography artwork together with an Augmented Reality (AR) or any other digitally immersive experience.

TGV4 Plus has 5 new companies in the 3 main verticals, where it is deploying around US$25 Million to further their growth. They will be either leader in their segments or game-changers that will be important stakeholders to bring about the Web3 revolution. This will take TGV4 Plus fund to a total of 13 portfolio companies. More details will be revealed soon in the coming months about these investments.

To further strengthen TGV4 Plus, and to support its rapid global expansion, TGV4 Plus welcomes 3 new Partners to our truly global network. They are:

Based in Madrid since 2007, Per Kronholm originates from the international banking industry, in commercial banking and structured finance. Thereafter, after several years in financial operational positions in the staffing industry, Per began his entrepreneurial career in Spain, in the chemical recycling business, waste management and virtual education.

Per has been an investor for over a decade in the cybersecurity sector. Over the past two years he has been participating actively in the evolution of Blockchain via direct investments as an early investor into Animoca Brands, and then into the True Global Ventures fund and NFTs. Per brings valuable experience, tools and knowledge that will benefit current and coming portfolio companies of TGV.

Olivier Crespin who is based in the United Arab Emirates has led the launches of several digital banks across Asia.

Olivier as CEO and co-founder is in the final stage of launching Zand a native digital bank in the Middle East.

Passionate and curious about new technology, Finance, and Blockchain. Crespin brings over 20 years of extensive expertise and leadership roles in digital banking and fintech across Latin America, Asia, the Middle East, and the USA. He recognizes the need for a customer-centric approach to humanize the banking industry. Across those roles he’s led flagship programs establishing digital banks in India, Indonesia, and Vietnam.

Pearce Clune (Blockchain Infrastructure)
An Irish national based in the United Arab Emirates, Pearce has been traversing the globe for most of the last 30 years working in the corporate FMCG and tech sectors with leading multinationals.

Pearce started his career in Russia (1993) as a legal advisor to the European Commission / Russian government working on the Russian State Asset Privatization Program.  Excited by the potential growth of Asian markets Pearce joined Nestle in 1995 as an International Expatriate and spent the next 10 years living and working in China, India, Thailand, Russia, Pakistan and Central Asia in addition to periods in Malaysia, the Philippines, and France.  He was appointed as Nestle’s youngest ever Managing Director for Russia in 2003.

Today Pearce is full-time dedicated to angel investing in tech, blockchain, and life sciences and has had successful exits including The Entertainer (Dubai-based 2-for-1 offer company) with a significant multiple as well as a strong exit pipeline for 2022.  In addition, Pearce holds several Advisory Board positions in companies across the globe.
https://www.linkedin.com/in/pearce-clune-22b8ab2/

With the recognition of Web3 revolution with innovative blockchain and NFT use cases, TGV4 Plus continues to invest in talented serial entrepreneurs leading globally ambitious blockchain start-ups. The fund is dedicated to Web3 and blockchain companies, primarily in late-stage Series B and C with an investment focus on 3 verticals: Entertainment, infrastructure, financial services, . Founded by an international group of ‘super angels’, TGV’s partners are entrepreneurs, business angels, family offices, and institutional investors, many with co-investment rights in future equity rounds.

Start-ups can reach out via LinkedIn or through the Fund’s Contact page:

True Global Ventures (TGV) is a global Venture Capital firm built by a group of serial entrepreneurs with a solid track record of investing their own money together with Limited Partners into ventures run by serial entrepreneurs. Portfolio companies leverage Web3 technologies, incorporating blockchain as competitive advantages to drive change with proven products.

TGV is a distributed fund with a presence in 20 cities, including Singapore, Hong Kong, Taipei, Dubai, Abu Dhabi, Moscow, Stockholm, Paris, Madrid, Warsaw, New York, San Francisco, and Vancouver. Visit us at www.tgv4plus.com, and follow us on LinkedIn and Twitter.