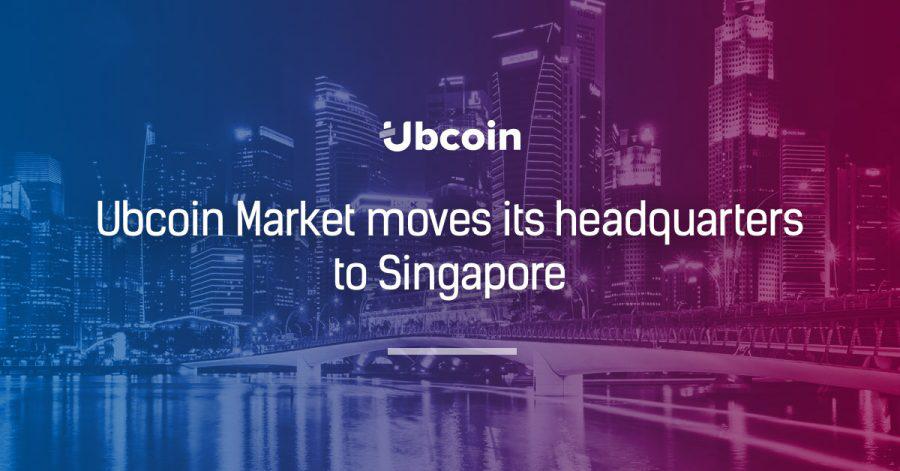 Ubcoin Market, the global peer-to-peer Ethereum-based marketplace for exchanging real goods to cryptocurrency and back, is moving its main office to Singapore. Additionally, it is planning to locate in Singapore the local customer support office.
Ubcoin will be part of the Ubank mobile app that is pre-installed on Samsung smartphones in 10 countries with 2.5 mln active users. Ubcoin is closing soon its token sale and is preparing to be listed on Asian exchanges. Ubcoin tokens are available on https://ubcoin.io/en.
Ubcoin Market is placing its headquarters in Singapore. At the moment the company is officially incorporated there as an exempt private company limited by shares. The process of listing UBC tokens on Asian exchanges has been launched and is planned to be finalized shortly after August, 27, the end of Ubcoin token sale.
Global marketing and business development departments will be relocated to Singapore shortly. They will manage and coordinate all vast Ubcoin activities worldwide dedicated to increasing the mobile app user base and cryptocurrency wallet penetration. Additionally, it is planned to locate in Singapore the local customer support office, which will be answering questions related to the Ubcoin marketplace and educating users about handling cryptocurrency.
Ubcoin utilizes the online marketplace model to create the world’s first truly effective alternative to traditional crypto exchanges. On the one hand, those people who do not have cryptocurrency yet will be able to become crypto investors in an easy and safe manner, simply by selling something. On the other hand, expert crypto owners will be able to spend their crypto wealth on real goods without overcoming legal and financial obstacles related to converting digital coins to fiat money.
Ubcoin intentions, resembling aspirational vision of Telegram (TON), are based on the idea that it is possible to create a decentralized blockchain-powered world where it would be an easy and intuitive task for mass consumers to obtain and use cryptocurrency to satisfy daily needs. This world would not allow money laundering or illicit trade, would observe the principles of morality and justice, ensure protection from scams and fakes and be self-regulated.
Moving the Ubcoin main office to Singapore is part of Ubcoin’s strategy to expand intensively its presence in Asia. By the end of 2018, Ubcoin is also planning to open regional branches in Hong Kong and Seoul. Currently, the project has offices in Russia and is also represented in the United Arab Emirates.
The Ubcoin team has already conducted several events in Asia to meet with the active local communities and supporters. In July 2018 Ubcoin COO and the marketing managers took part in Wuzhen World Blockchain Conference in China. Later that month Ubcoin Team organized a meetup in Seoul where CEO Felix showed the first working version of the Ubcoin Marketplace and the latest updates to Ubcoin artificial intelligence system.
About Ubcoin Market
Ubcoin Market is a global peer-to-peer platform that is designed to bring 200 mln new investors to crypto. It bridges the gap between crypto and real worlds. Ubcoin will be part of the Ubank app, the leading mobile payments app in Eastern Europe. Ubank has been working since 2009 and, as of today, has 2.5 million active users, more than 16 million downloads around the world and has been pre-installed by Samsung and Fly.
Ubcoin is currently conducting a public token sale and has raised several million dollars from private investors and some undisclosed amount from institutional ones – the Inventure fund and the Singapore-based Amereus fund. You can buy Ubcoin tokens with a discount now on https://ubcoin.io/en.