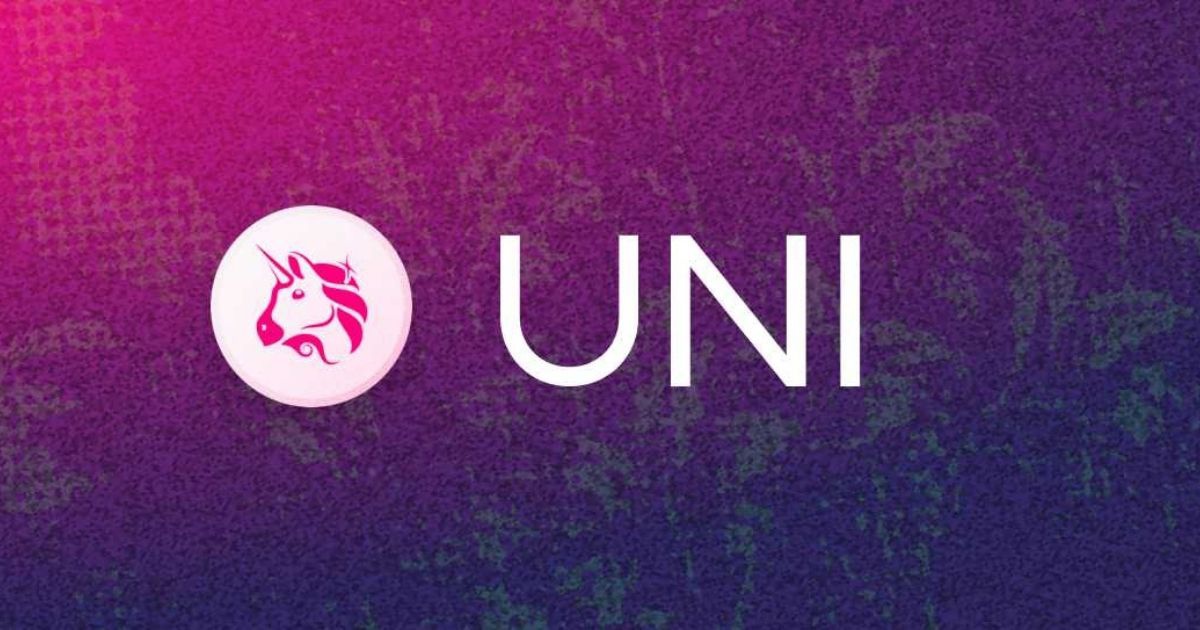 With the bearish market getting stronger by the day, many cryptocurrencies are facing its brunt. Uniswap [UNI] is no exception. The downtrend that began in May has led the DeFi token to fall down to the same level it was at in the beginning of 2021

Uniswap in a bear trap

While 2021 played a huge role in pushing DeFi to the forefront of crypto, it also helped many smaller altcoins rise to prominence. Apart from Solana, Cardano, and Dogecoin, Uniswap was one such project. However, 2022 seems to be a different story altogether.

The average balance on every address began rising early last year when UNI was still at $4.73. The same balance then was close to $52.5k. The bullishness that transpired throughout 2021 managed to push UNI’s price to an all-time high of $43.13. Similarly, the average balance also peaked at $195k. 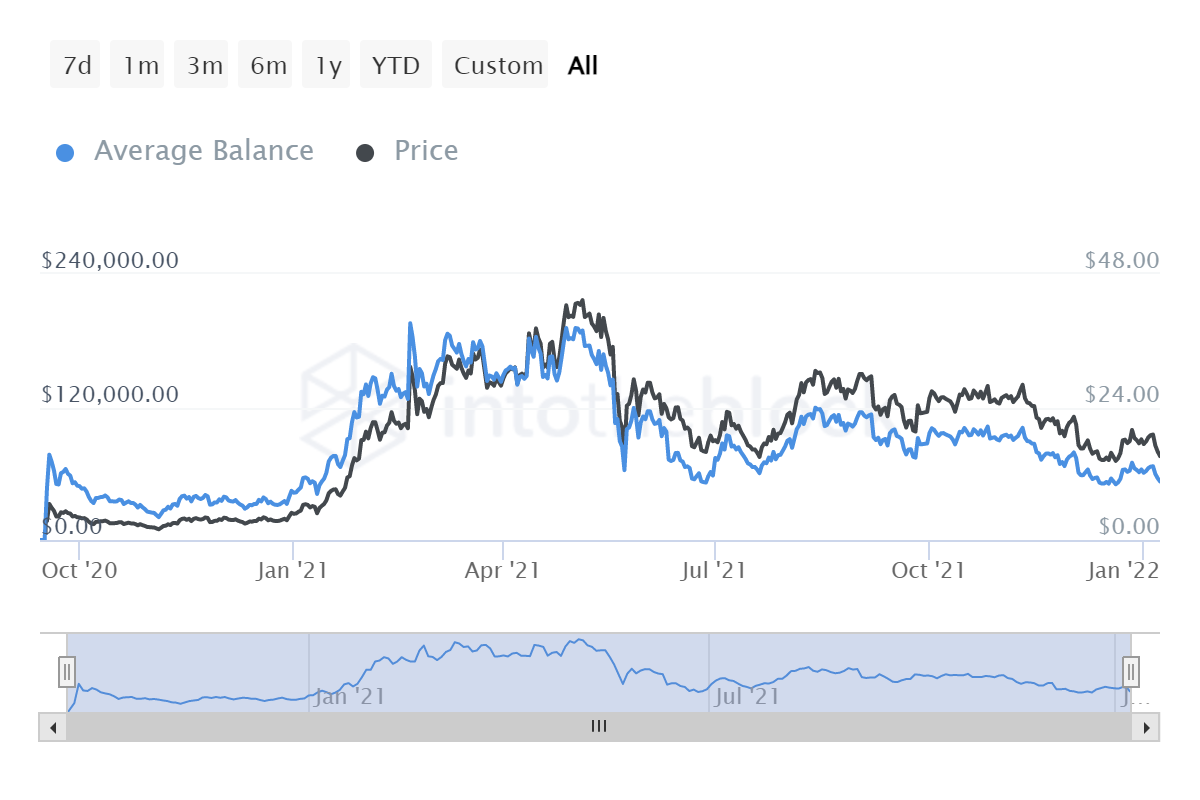 However, since then, it has been treading downwards to land at $52.9k, at the time of writing. Well, for this, two reasons might be concluded –  The increase in the number of investors and the fall in price.

While the rise in investors was a contributing factor early on, since March, the growth has been very slow. New addresses have been limited to 7k-8k a month. 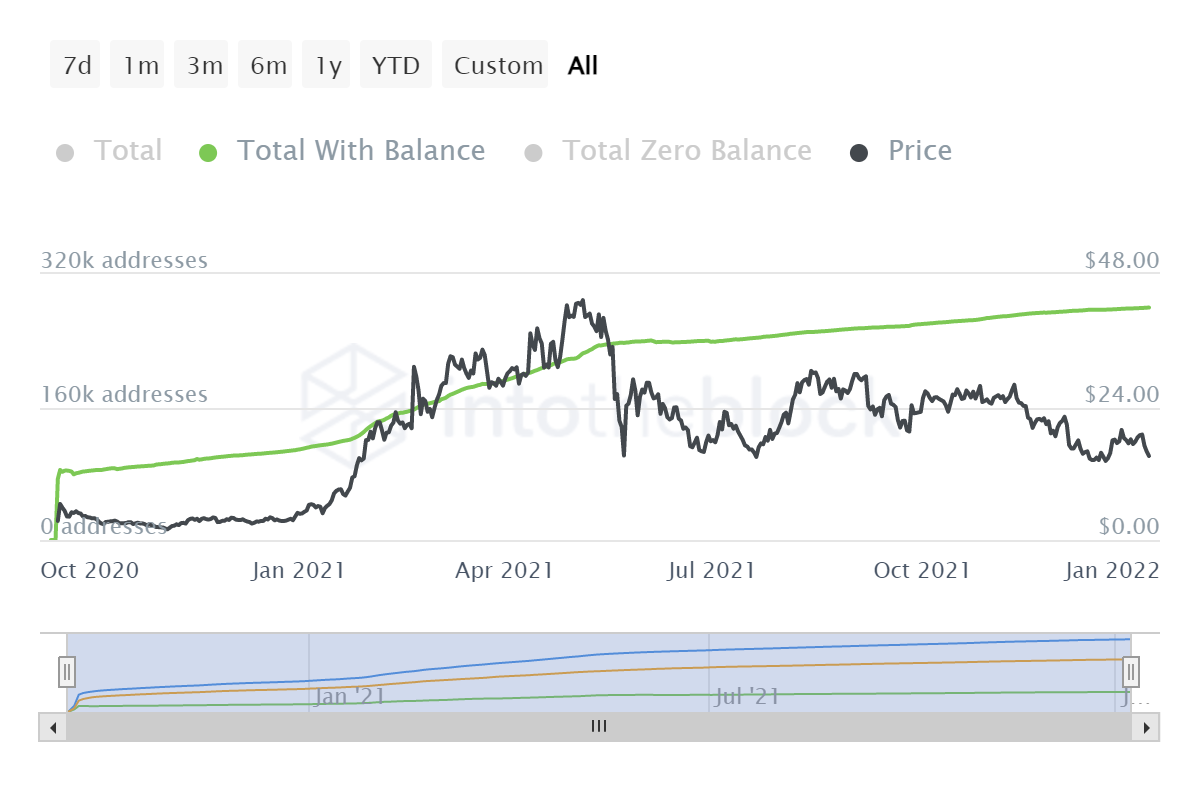 Plus, the price has been in a cross position of downtrend and consolidation. The bear attacks of December and January alone put Uniswap down by 33.5% in a month.

Thus, both the factors are equally responsible here.

On the contrary, the effect on the DeFi front has been comparatively less severe as the network has only lost about $3 billion in over a month.

As per Dune DEX data, Uniswap continues to dominate the DEX market, drawing in more than $11.74 billion volumes within a week.

The largest traded pair continues to be WETH/USDC with a 69% dominance in the top 15 pairs, contributing about $5.4 billion in a week.

2022 is expected to further the adoption of Uniswap. This would help in drawing higher inflows to the network. Recently, the token was added to Nexo, a plan that aims to expand the lending capability of Uniswap. Ergo, it will be interesting to see what’s next for the project.