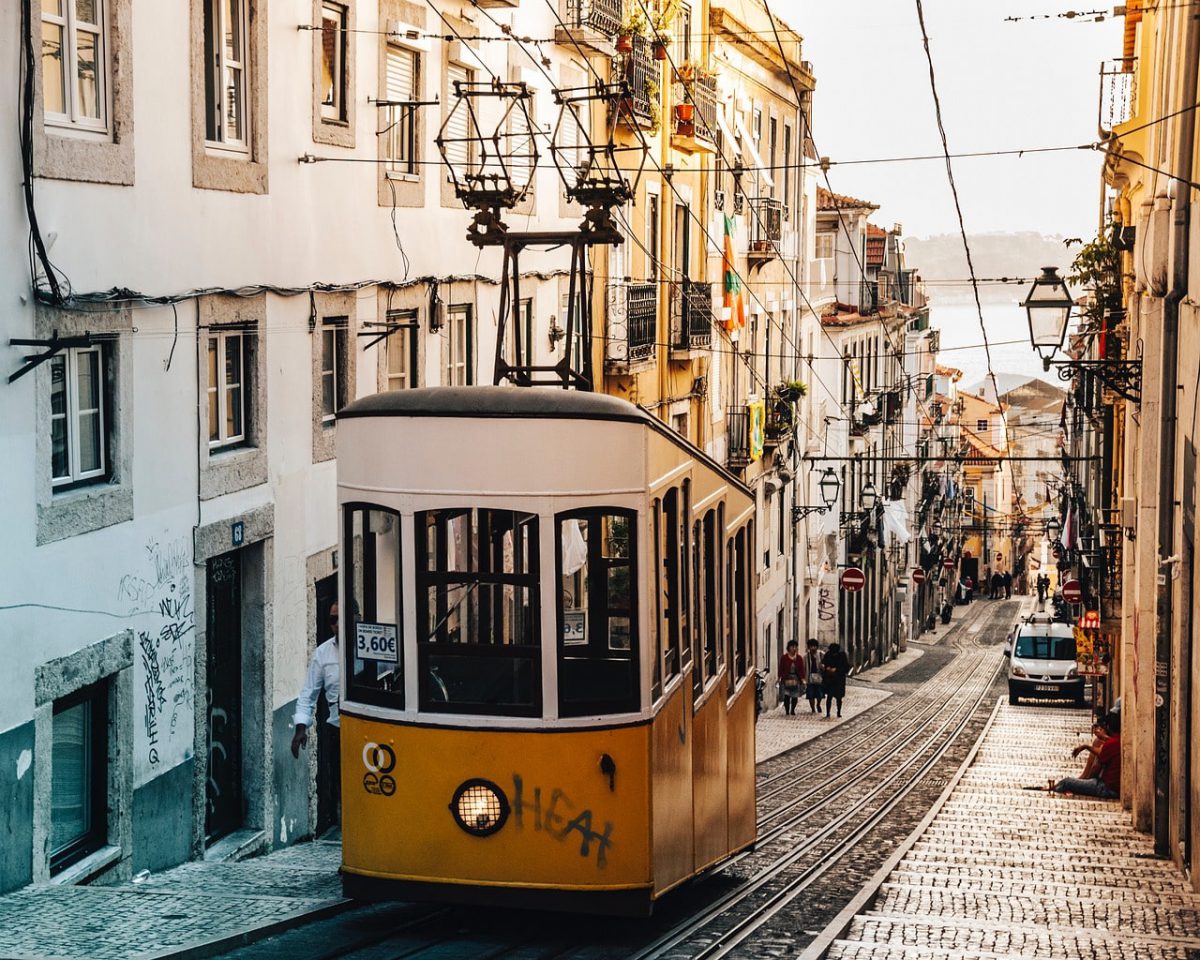 Uniswap registered some strong gains after touching the $31.7 level of support. BitTorrent reached its 27% extension level technical target but could see a drop to $0.0028 once more. DigiByte bounced between the $0.068 and $0.072 levels over the past few hours. 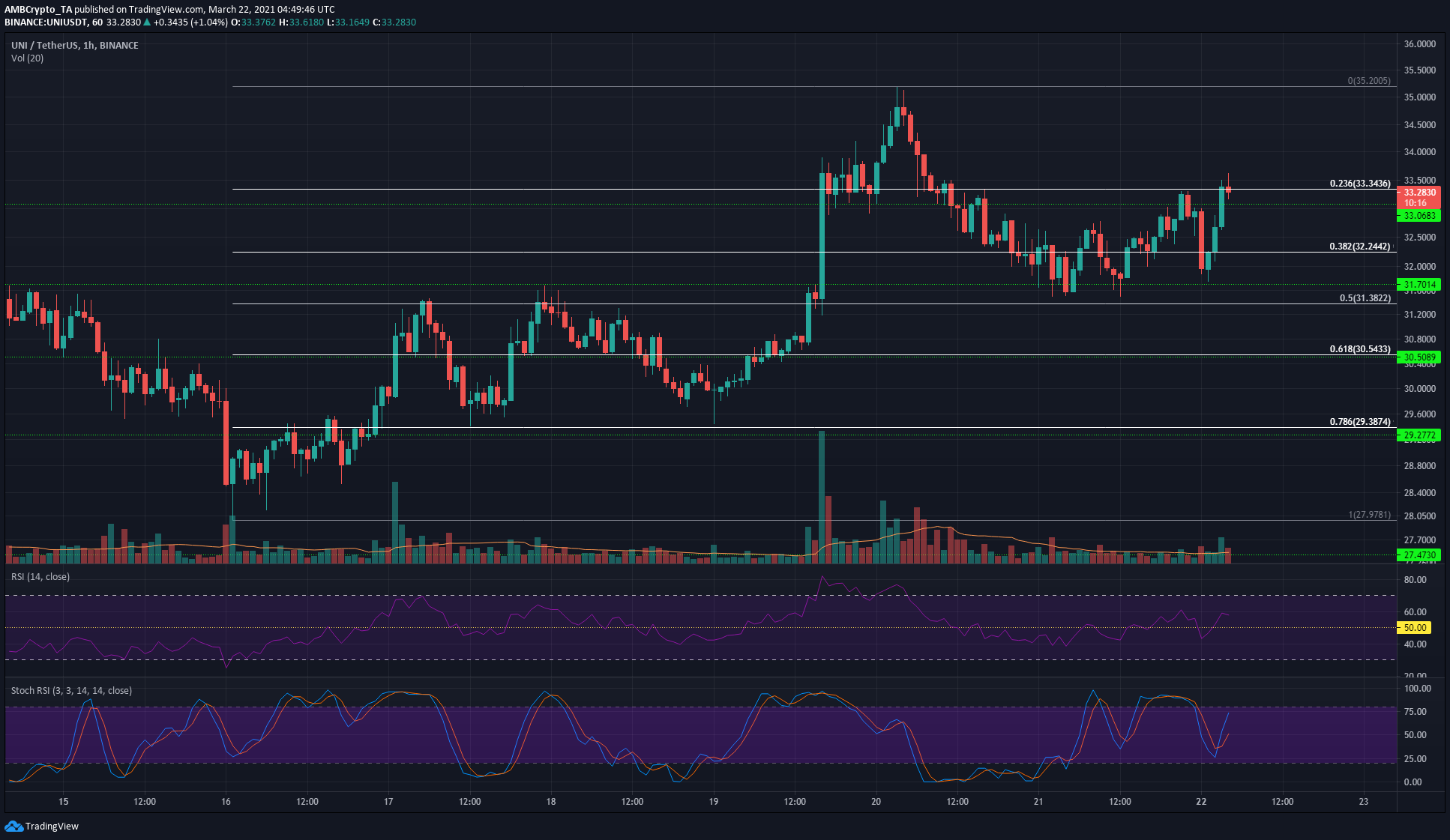 Using the Fibonacci Retracement tool for UNI’s move up from $27.97 to $35, some levels of retracement were plotted as support for UNI’s pullback. The 50% level lies at $31.35, and UNI saw a dip nearly that far, but demand stepped in at the $31.5 mark.

Since then, UNI has flipped $31.7 to support and was trading above the $33 mark as well and could retest it as support in the coming hours as well.

The RSI rose above neutral 50 to show that bullish momentum was beginning, and the Stochastic RSI was headed toward overbought territory. 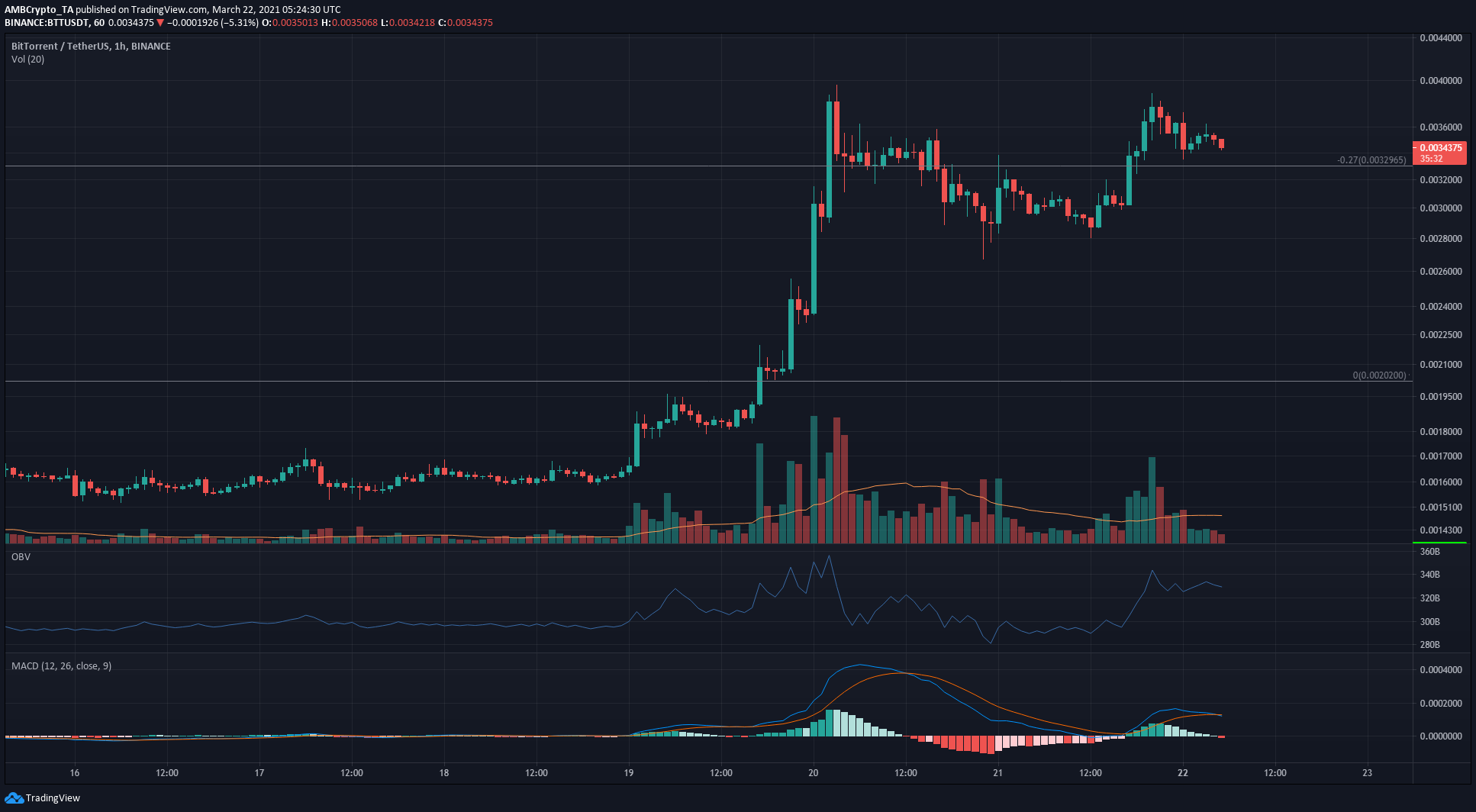 In February, BTT soared to $0.002 after consolidating under $0.00048 for many weeks. The 27% extension level from that surge gave a target of $0.0032 for BTT, and this level has been tested as resistance and could soon be flipped to support as well.

The OBV showed that the sell volume after reaching $0.0032 has been bought back up, showing the presence of some demand. However, even as the price formed equal highs BTT made lower highs on the hourly chart, showing a pullback to $0.0029 could be seen. 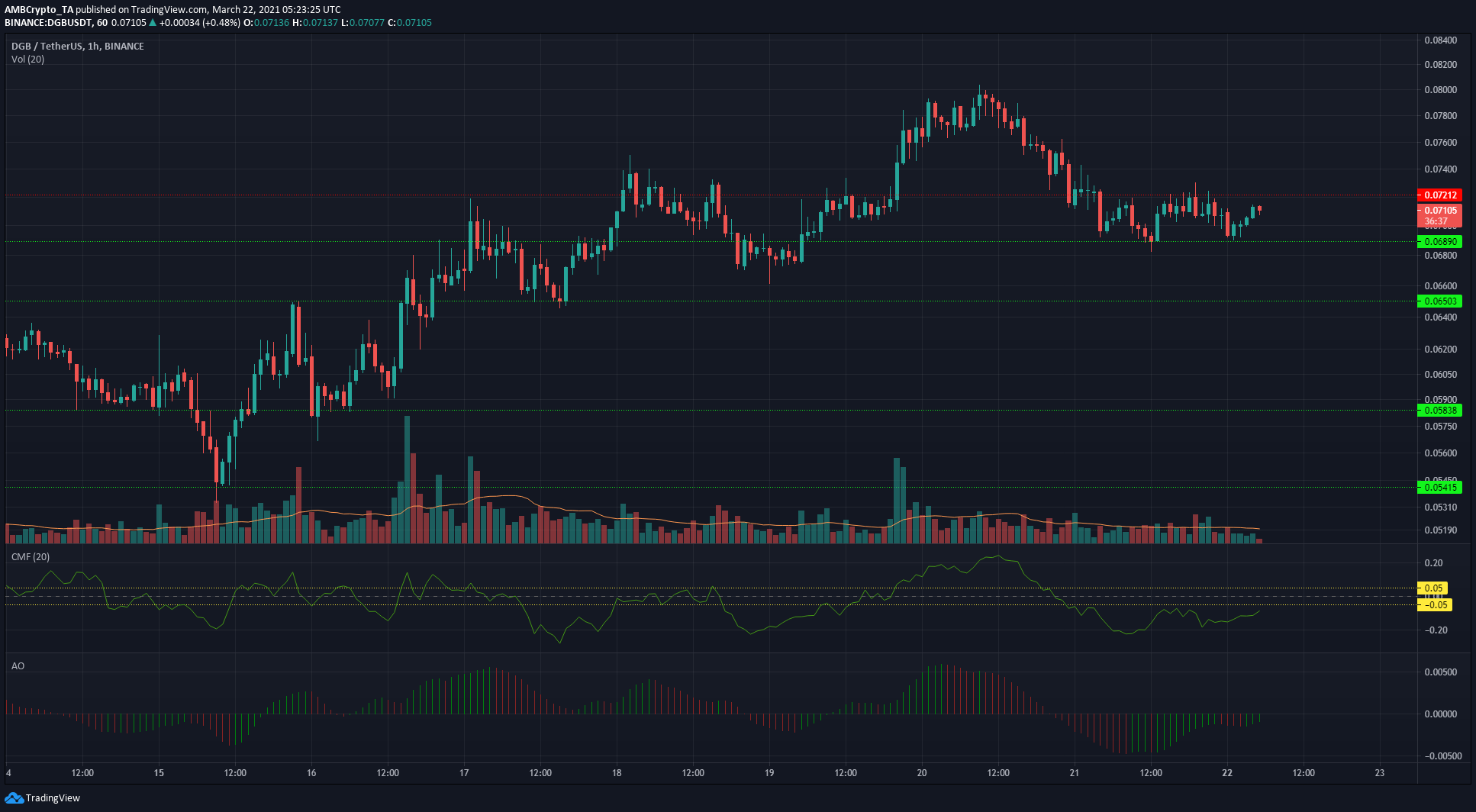 The $0.0689 level of support was tested twice as support. In this period, the Awesome Oscillator, which had been in bearish territory, reverted back toward the zero line to show diminishing bearish momentum in the short-term.

However, the Chaikin Money Flow continued to show net capital flow out of the capital. The $0.068 and $0.072 levels are of importance over the next few hours. Climbing above resistance or breaking beneath support could force further movement in that direction for DGB.