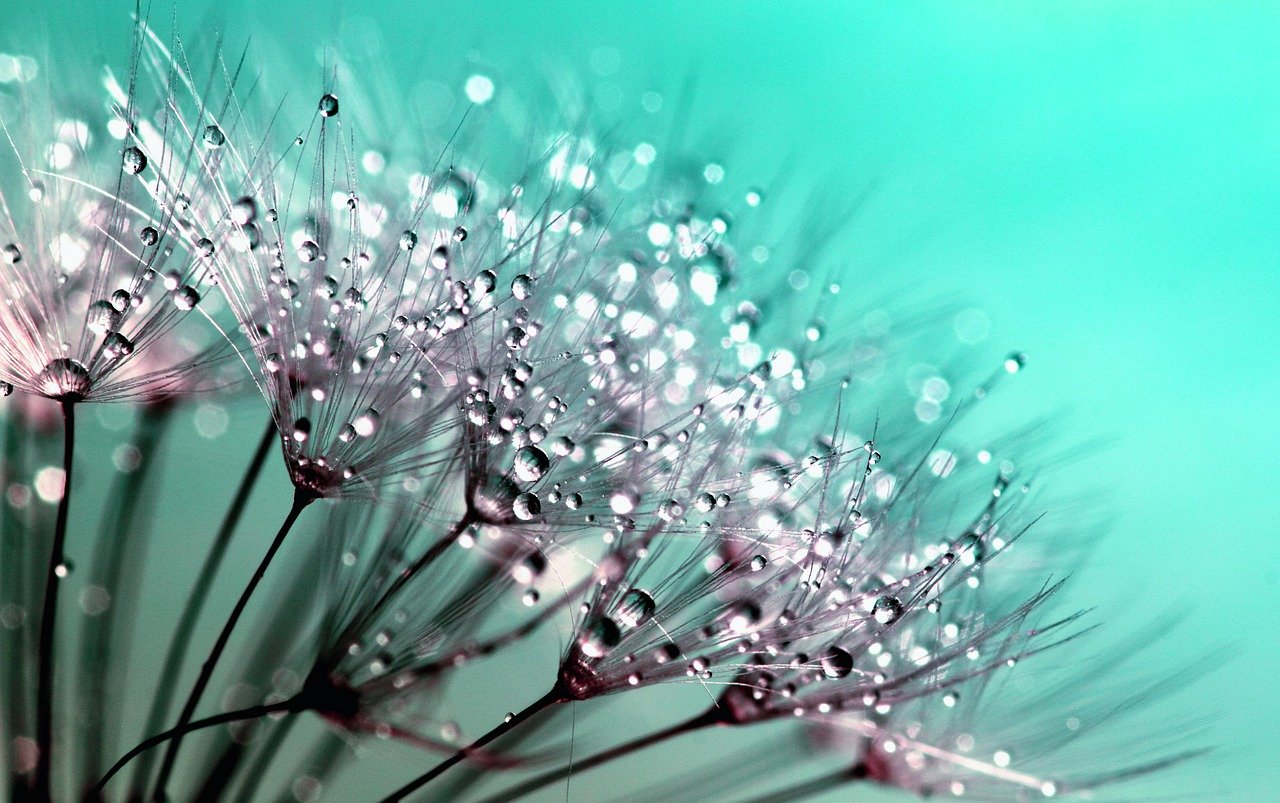 Bitcoin bounced off the $56k mark but faced some resistance at $58.3k and this bounce saw the alts recuperate in the past couple of days. Uniswap climbed above an area of supply around the $29 area. BitTorrent Token and Hedera Hashgraph could see further consolidation over the next few days. 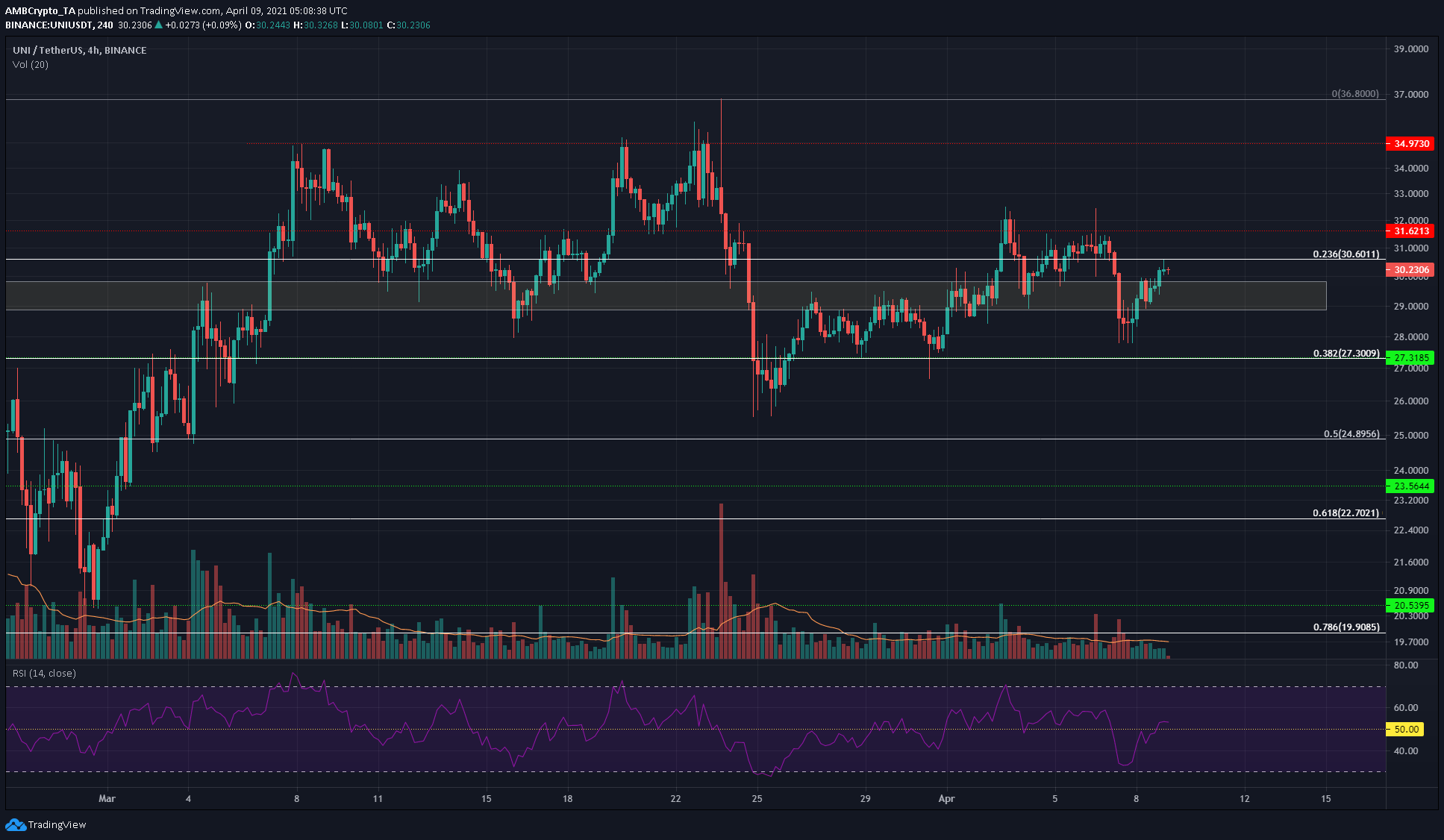 UNI climbed past an area of supply at $28.8-$29.8 area. It faced resistance at the 23.6% retracement level, $30.6, and could see a dip beneath $30 before the next move up. The RSI crossed over above neutral 50 to show that the previous bearish momentum had now changed toward neutral.

A climb past $30.6 would show bulls were slowly gaining traction. Trading volume was below average in the bounce from $28 over the past couple of days. Above $30.6 lies the $31.62 resistance level. 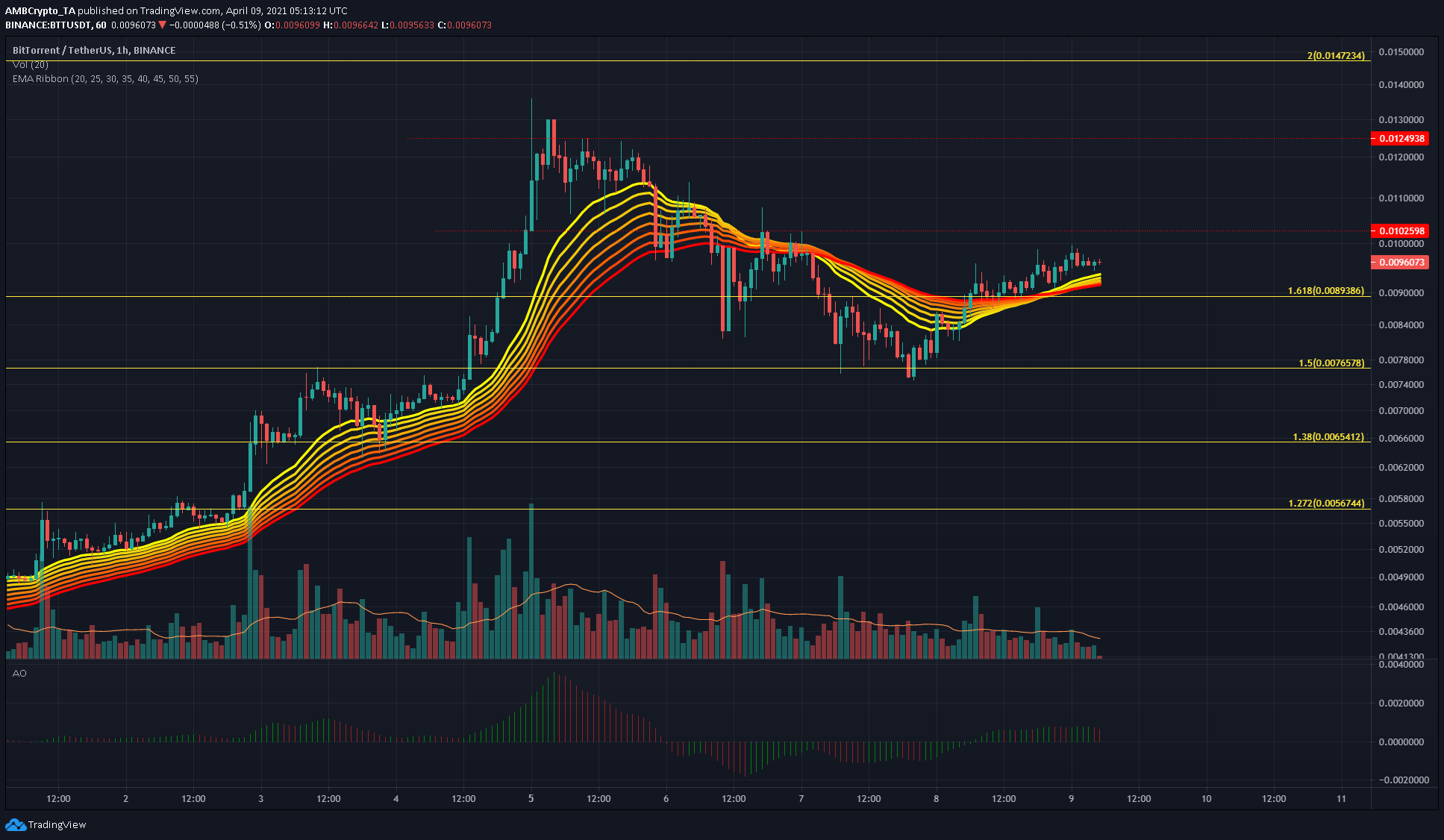 On the hourly chart, the short-term bearish pressure in the past few days was replaced by bullish sentiment in the market. The Fibonacci extension levels (yellow) served as support. The EMA ribbons had flipped to show downward momentum after BTT dropped below the $0.0102 level, but its bounce off the $0.0078 level saw the EMA ribbon flip once more at the time of writing.

The Awesome Oscillator was also moving above the zero line to signal upward momentum. Consolidation in the $0.009-$0.01 area can be expected. 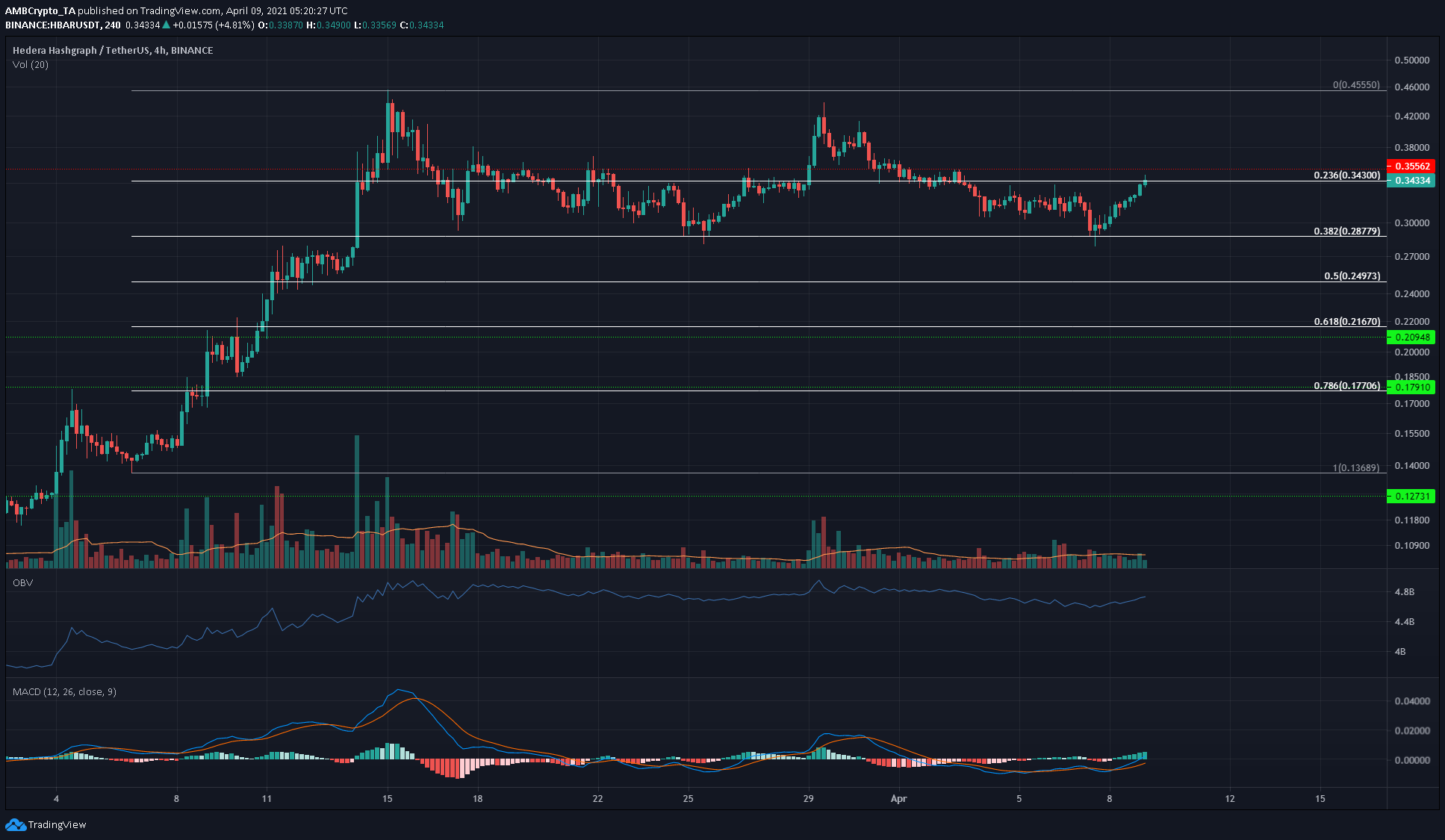 Consolidation under resistance seemed to be the way forward for HBAR as well. The OBV did not show a trend in either direction over the past two weeks. A dip was seen as prices fell below $0.355, and the past couple of days have seen buyers step in to effect a bounce off of $0.288.

The MACD formed a bullish crossover and the next few hours can see the MACD rise past the zero line to give a bullish signal. Climbing above $0.344 and $0.355 alongside a spike in trading volume would show rising demand.

Earn a passive income with the Huobi’s Futures Rebate Program