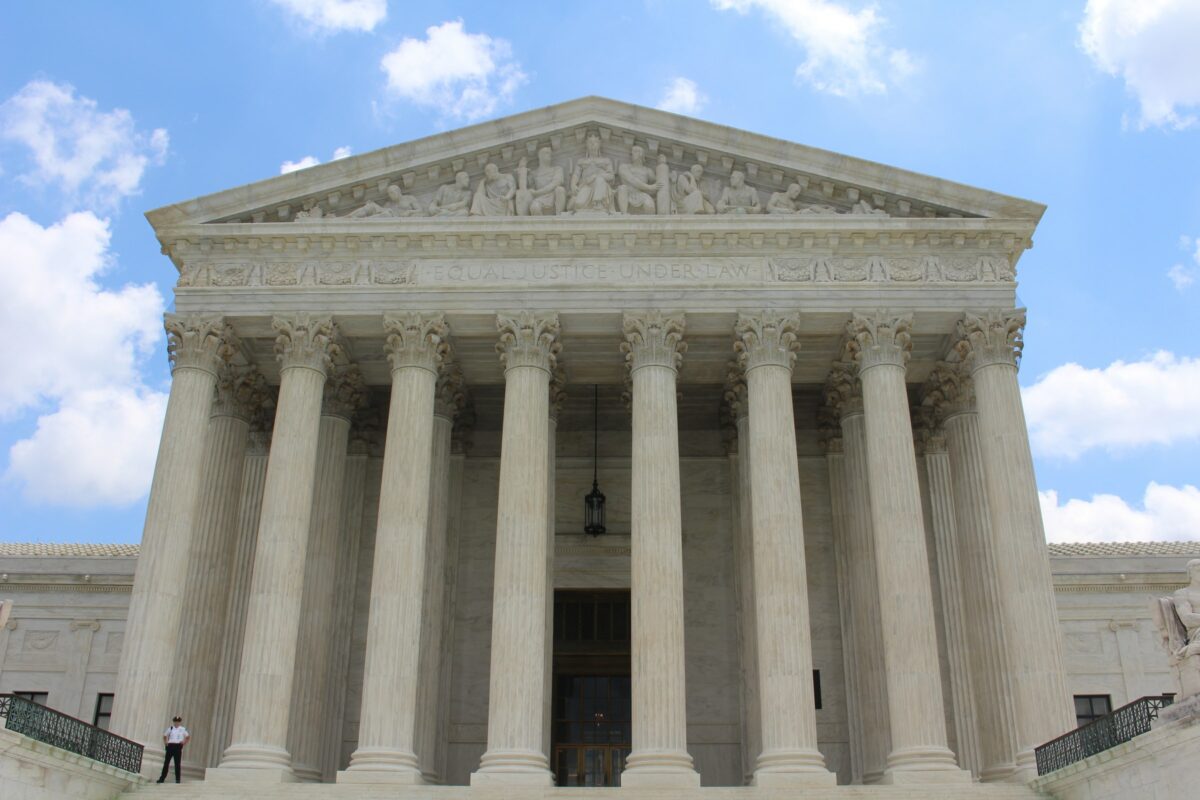 “According to the official Uniswap Labs, Uniswap has become Polygon’s DEX with the most trading volume last month, accounting for nearly 50% of the market share, just 3 months after its launch.”

As Uniswap completed Q1 2022, Messari launched its quarterly report reflecting on the successes of the protocol. 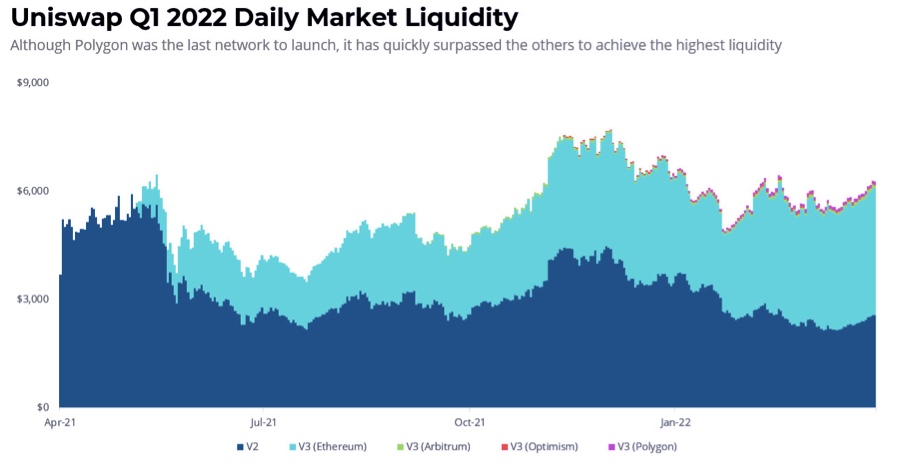 While market liquidity dipped across the Q1 2022, Uniswap’s scaling solutions shined in the time frame. Polygon, in particular, skyrocketed with an 81.7% surge from the end of Q4 2021.

The report also highlights Polygon’s impressive liquidity growth despite lack of liquidity mining incentives. For context, Polygon team set aside $15 million for liquidity mining purposes and another $5 million to support the ecosystem. None of these have been implemented. 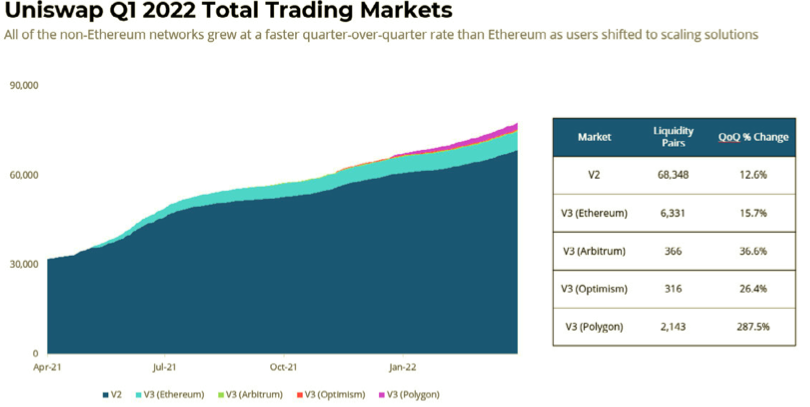 From the above info-graphic, we can infer how Uniswap’s trading markets have continuously grown from the previous quarter. The growth is evidently visible across all products from V2 on Ethereum and all of Uniswap’s non-Ethereum networks. This comes despite the massive crash of the crypto industry that began in late November 2021.

The report concluded that “given all the data, it’s clear Uniswap has found a home in Polygon.”

A class-action lawsuit has been filed against the Uniswap protocol. The crypto-asset exchange “which permits the unlawful promotion, offer, and sale of crypto tokens as unregistered securities.”

According to the complaint, Uniswap has no barriers to entry for users looking to trade or swap crypto tokens on the exchange. It requires no verification of an individual’s identity and conducts no “know-your-customer” (KYC) process, that led to rampant fraud. It is also alleged that Uniswap has drawn $1 billion from users so that token issuers may continue to profit from the fraudulent conduct.

Another allegation is that Uniswap offered and sold unregistered securities throughout the United States on its exchange without registering as a national securities exchange or as a broker-dealer and without there being any registration statements in effect for the tokens it was selling, all of which are in violation of applicable law.

The future of Uniswap Labs now remains up in the air after the lawsuit. Despite their performances, a lawsuit has historically has brought bearish influences on the crypto industry. It will be weeks before any substantial price predictions are made for the long term future.