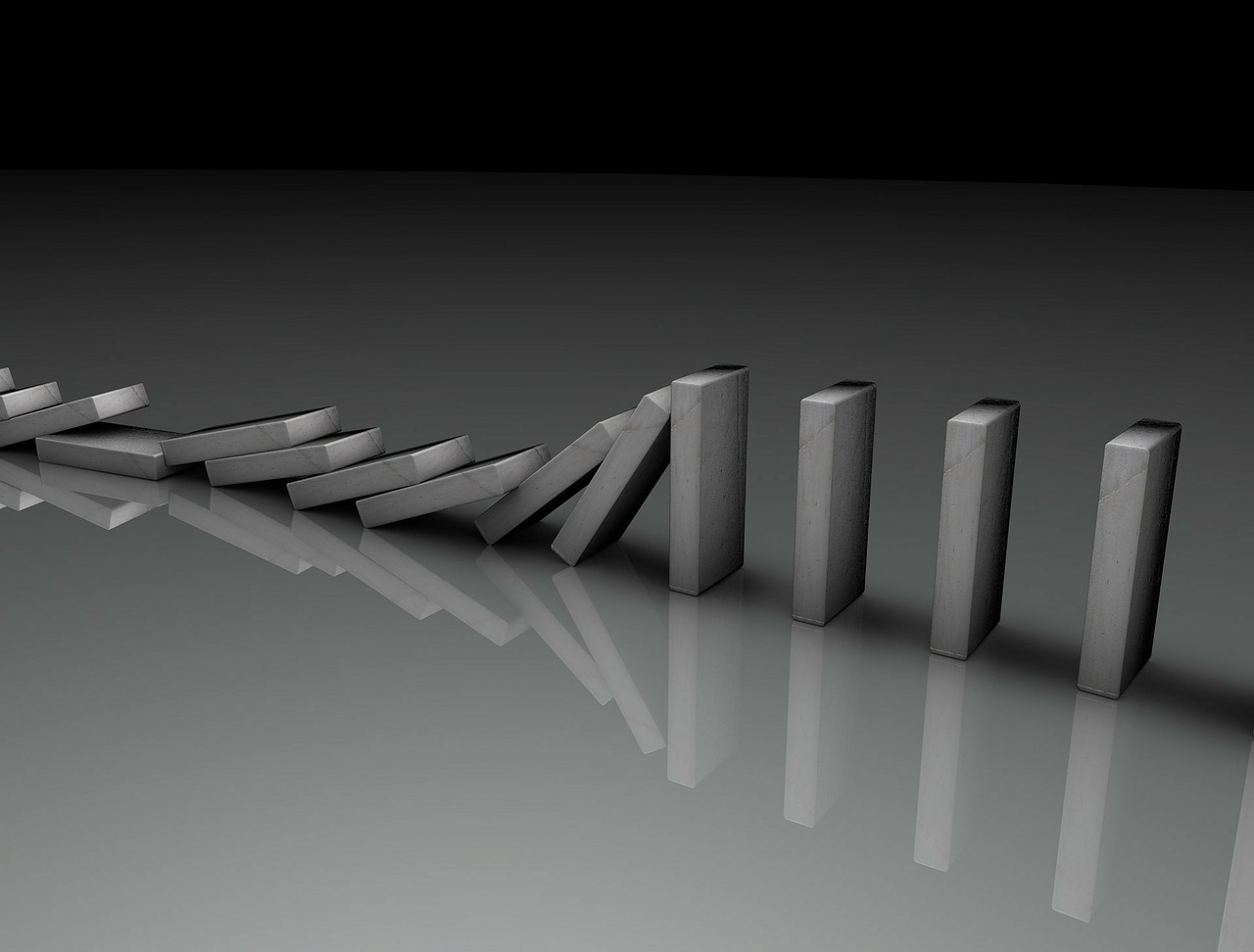 After witnessing a consolidation phase that prolonged for more than three months, the crypto market seemed to be getting back on track during the initial few days of September. However, the unanticipated flash crash that took place on the 7th managed to, yet again, change the narrative. The broader crypto market, at the time of writing, was seen coping with newfound depreciation.

State of the DEXes

In the immediate aftermath of the crash, the TVL on Decentralized Exchanges [DEXes] witnessed a notable dip. As seen from the chart attached, a cumulative value of $31.48 billion had been locked on these exchanges until 7 September. However, the same managed to shrink down to $26.1 billion by the 11th.

The aforementioned 16.8% dip has been the most substantial one since June. Even though the curve changed its direction and was currently treading northward, it should be noted that the same was still below the $27 billion threshold.

The slight recovery observed has, by and large, been led by SushiSwap. As per data from DeFiPulse, this DEX currently had over $4.06 billion locked up and recorded an 11% rise over the past day alone.

Curve Finance and Balancer’s TVL too, for that matter, rose by 4% and 3% respectively and reflected values of $11.46 billion and $1.86 billion at the time of writing. Notably, DeFi Projects representing DEXes recovered fairly better than the rest.

The daily DEX volume, however, was not able to recover from its lows. As seen from the chart attached below, the cumulative exchange volume that revolved above 5 billion on the eve of the crash currently stood under 2 billion. Notably, Uniswap and SushiSwap’s volumes were affected followed by Balancer. Interestingly, Curve’s volume had already recuperated from its lows. 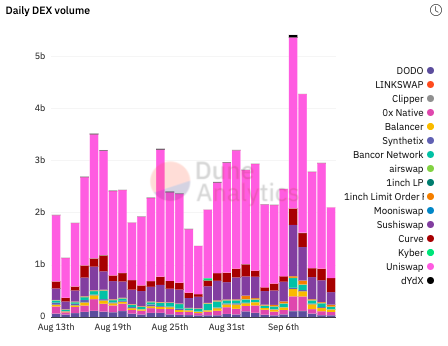 Moreover, most aforementioned major operate on Ethereum’s chain and the transaction fee has not been too favorable of late. In hindsight, the this factor substantially contributed to the volume dip as well. Further, it should be noted that stablecoin transaction count did not witness any major change of late. Thus it can be said that the stagnant nature of the same, to a considerable extent, contributed to the volume dip.

The valuation of the tokens associated with these exchanges was drastically affected too. For instance, Uniswap, Curve, SushiSwap and Balancer shed 22%, 6%, 23% and 24% of their respective value over the past week. However, at the time of writing, all the tokens were trading in green, thanks to the 24-hour hike of 1%, 6.4%, 7% and 3% respectively.

The DEX space witnessed several such crashes in the past and has been quite quick to recover from almost all the notable ones. Keeping in mind how they’ve reacted in the past, it would be fair to claim that the current gloomy phase would not prolong itself. The recovery would be quick, and in retrospect, token HODLers would be fetched with even higher returns.

Bitcoin whales on the move; Are they fishing for dollars