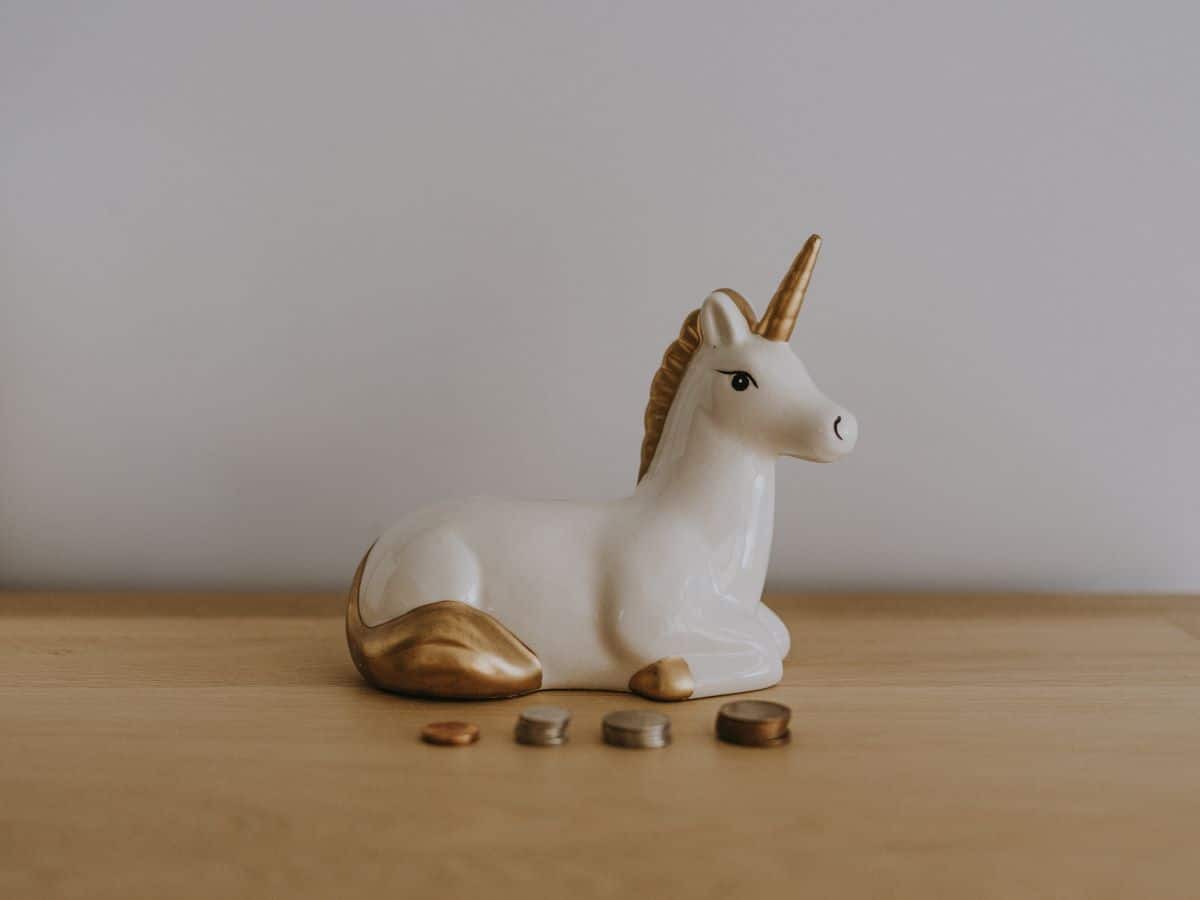 Uniswap [UNI] has had two successful recoveries since the November 2022 market crash, each reaching $6.5. However, the most recent recovery phase only reached $5.5 before turning into a correction.

At press time, UNI was trading at $5.323 and threatened to fall below support at $5.267. Although such a downward move could provide short traders with additional profits, technical indicators (12-hour chart) and whale action urged caution. 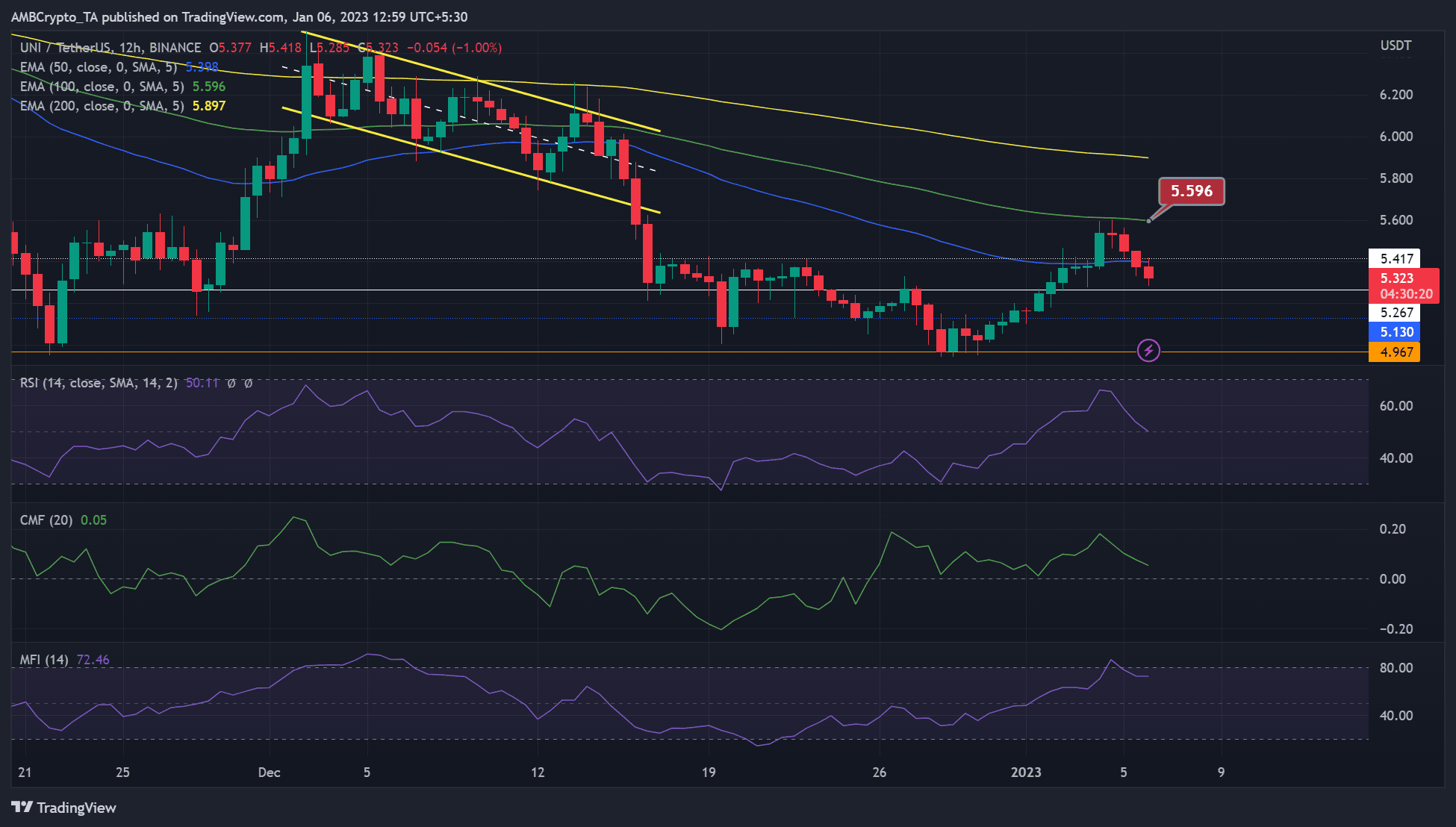 In the second phase of UNI’s rally, the token reached $6.5 in early December 2022 after hitting a low of $5.0 in November 2022. It then followed a downtrend, forming a falling channel, before falling below it into a trading range.

UNI had been trading within the range of $4.967 to $5.417 since mid-December and only broke through it on 4 January 2023, after a massive BTC rally on the same day. The patterned breakout allowed UNI to reach the 100-period EMA of $5.609 before a correction ensued.

The RSI, CMF, and MFI indicators retreated from the upper ranges, suggesting that buying pressure was easing, buyers were losing significant leverage, and distribution was underway.

Therefore, UNI could fall lower, break support at $5.267, and settle at $5.130. The level could serve as a target for short-selling.

However, the RSI hasn’t yet dropped below the 50-mark midpoint, and the CMF hasn’t yet broken below the zero mark, which would give the bears more leverage. A rejection of these indicators at their midpoints would favor the bulls.

If the bulls gain traction and break above resistance at $5.417, the above bearish bias would be invalidated. Such a bounce would allow the bulls of UNI to target the 100-period EMA of $5.596.

The most dominant whale supplier was behind the recent selling pressure

According to Santiment, the dominant supplier category controlled 53% of the total supply and owned between 10,000 and 100,000 UNI coins.

This dominant category was responsible for the recent selling pressure, while the next influential category (1K – 10K coins), with 19.5% control, was accumulating.

So, at press time, the dominant player was calling the shots in the market, and investors could follow its lead to minimizing risk.

Are your holdings flashing green? Check the UNI Profit Calculator

According to Coinglass, the divergence between OI and the price of UNI on 2 January was followed by the UNI price increase on 4 January. UNI Binance exchange’s open interest rates fell on 5 January after a decline in UNI prices.

Although this could indicate a potential momentum change, investors should include the RSI, CMF, and BTC movements to get a clear probable trend reversal before closing their positions.

TRON’s weekly report, and why investors should be cautious in the coming month

Bitcoin: This data clarifies whether investors should remain in fear or go all in