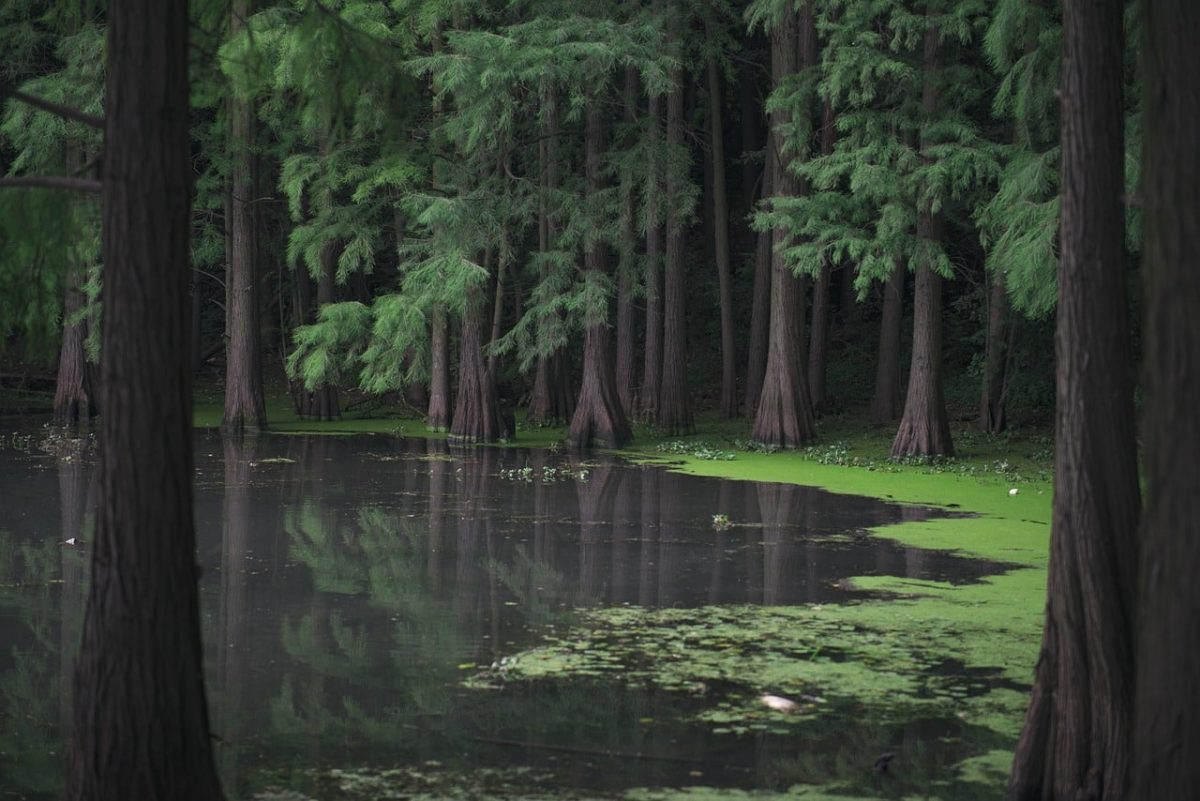 Uniswap [UNI] saw a nasty plunge in prices last week after the price charts showed a bearish chart pattern form and the price followed through. This drop saw UNI go from $7 to $5.5 within five days. However, the response near the $5.5 low was impressive.

In other news, Uniswap announced raising $165 million in a Series B funding round led by Polychain Capital. On the other hand, long-term investors could also be worried about the dwindling TVL over the past two months.

Uniswap is back above $6 after the rising wedge breakdown 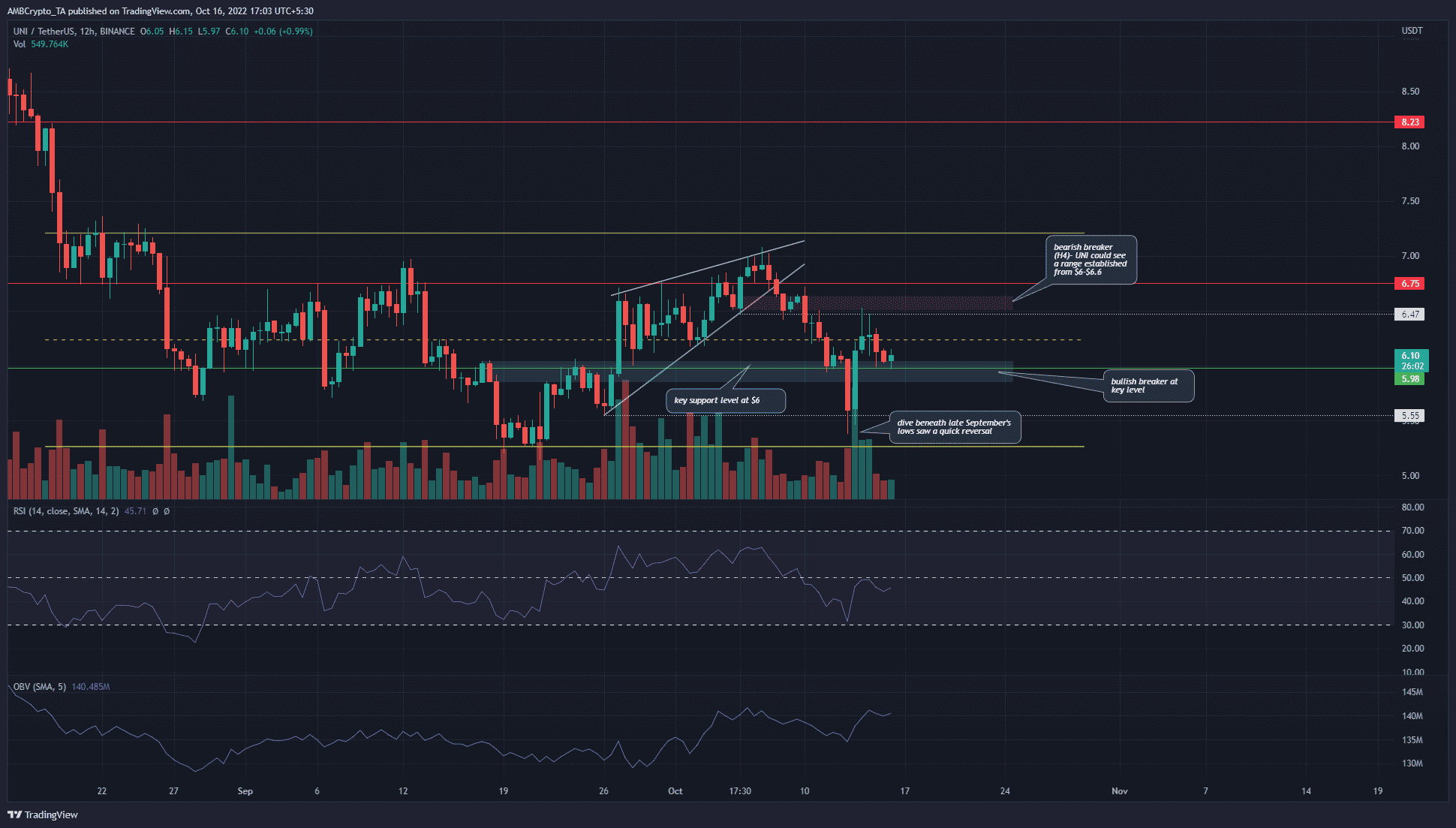 In late September, UNI made a rising wedge pattern (white) on the charts. Near the $7 resistance zone, the price saw a rejection and quickly fell below the $6.75 horizontal level. This leg downward did not see a session close beneath $5.55, the lows of the pattern.

Rather, the price dipped to $5.4 but was quick to move above $5.5, and back above the $6 mark as well. This suggested some buying pressure and strong demand around the $5.5 zone.

In yellow, a range was plotted for UNI from $5.2 to $7.2. The mid-point of this range sat at $6.2, and served as both support and resistance in recent weeks. At the time of writing, it was an important resistance for the bulls to drive the prices above.

The Relative Strength Index (RSI) did not yet get back above neutral 50. However, the 12-hour market structure was bullish as the price managed to climb above the recent lower high. Moreover, the $6 region was a bullish breaker for the price. Hence, it looked likely that UNI could climb from $6 to $6.6.

At $6.6 sat a bearish order block from a lower timeframe. It was also nearby the $6.47 short-term key level. Thus, it was likely that Uniswap could form a range between $6 and $6.6.

The price has been in decline since mid-August. September and October saw the $6.6-$7 region serve as a strong resistance region. During these months, the supply on exchanges has been steadily rising.

Generally, coins are moved onto exchanges in order to sell, or for market participants to get involved in derivatives trading. Therefore the rising supply meant that, sooner or later a wave of selling could arise for Uniswap. The daily active addresses count was not in an uptrend either, and in fact has declined over the past week.

The move above $6 was encouraging for the bulls, but a strong rally need not follow. The $6.6 and $7 levels were likely to pose stiff opposition to the buyers.