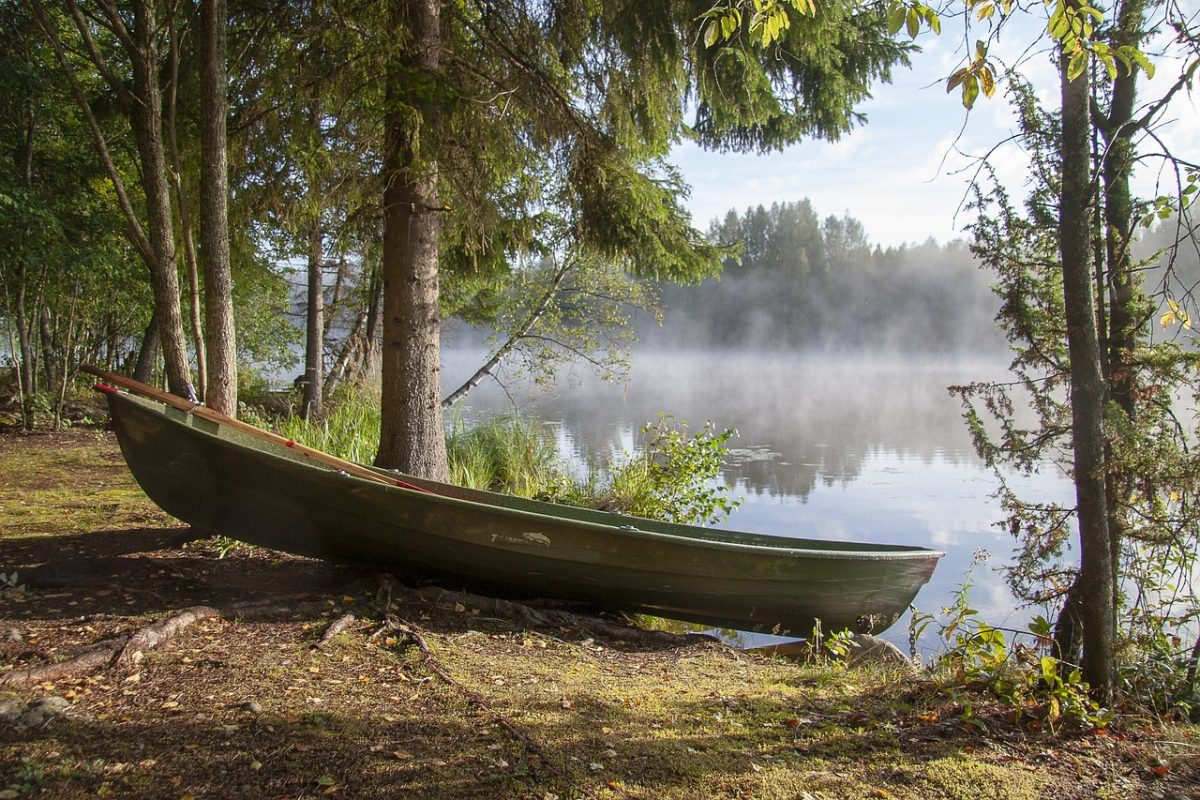 The information presented does not constitute financial, investment, trading, or other types of advice and is solely the writer’s opinion

Uniswap [UNI] did not have a bullish bias at the time of writing. The bulls had valiantly defended the $5 support level. It was a significant level from the psychological perspective as well.

Since the sellers had the upper hand, traders could look for opportunities to follow the larger trend. A move upward into the $5.3 region could offer one such opportunity.

An H12 bearish breaker impedes progress, and buying pressure is also in decline 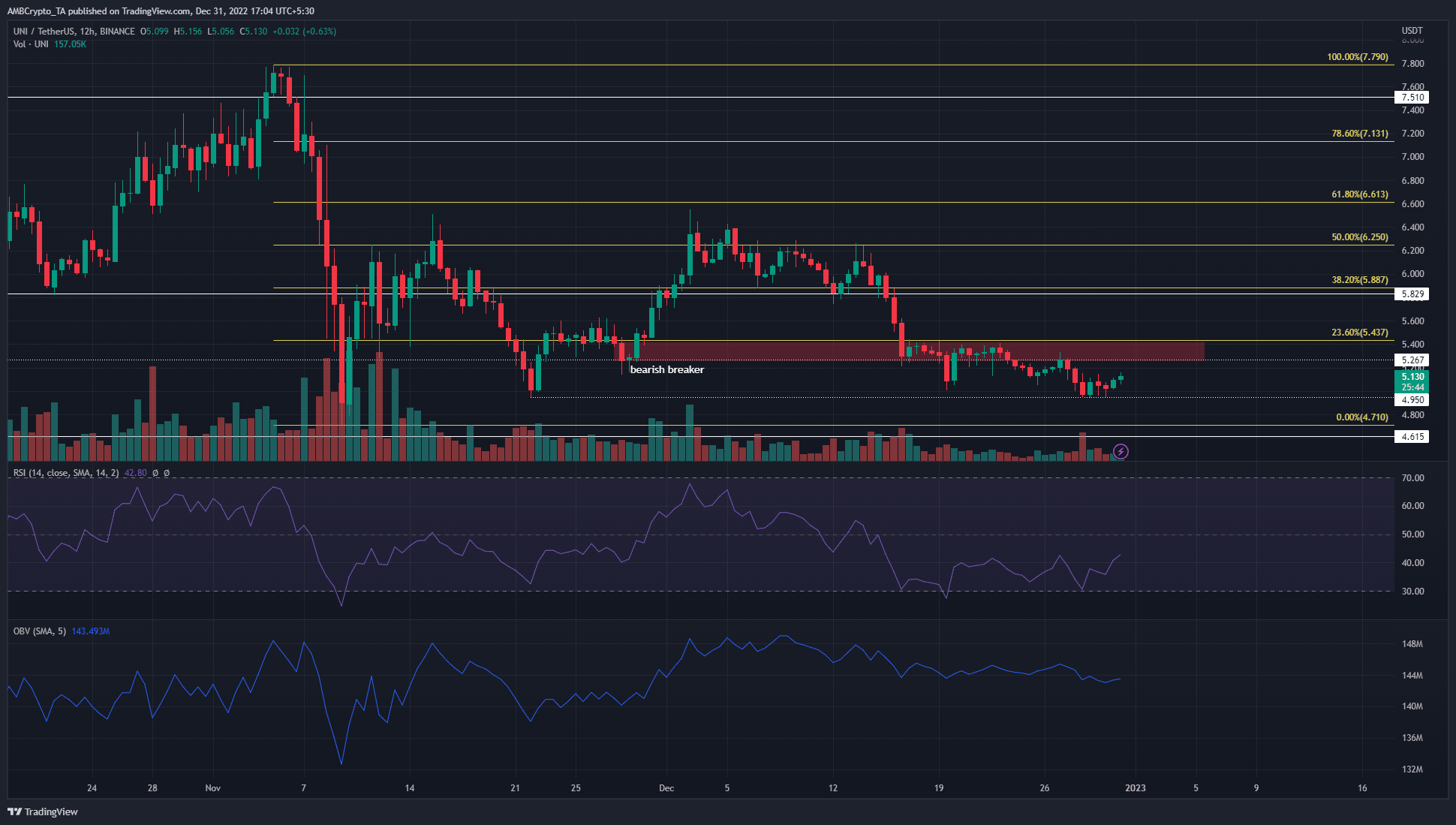 The market structure on the 12-hour chart was firmly bearish for Uniswap. This showed that traders can look for shorting opportunities. The past 10 days have seen low volume traded, but the On-Balance Volume (OBV) showed that even then, the sellers were the dominant force.

The OBV had formed lower highs in the past three weeks. The Relative Strength Index (RSI) was also moving beneath the neutral 50 marks to show bearish conditions. However, with the RSI threatening to form higher highs with the price forming lower highs since 19 December, a bearish divergence could develop in the coming days.

This would reinforce the bearish pressure behind UNI. It was already trading beneath the 12-hour timeframe bearish breaker in the $5.26-$5.43 region (highlighted in red).

A retest of this zone could offer a good risk-to-reward shorting opportunity. Meanwhile, a session close above $5.43 would indicate that bulls can push toward the $5.82-$5.88 area.

A 80.66x hike on the cards if Uniswap hits Bitcoin’s market cap?

The Fibonacci retracement levels (yellow) showed that until the $6.6 level was broken, the higher timeframe trend would remain bearish. Yet, this does not exclude minor moves upward. Long-term buyers can wait for a move back above $6.6 before assessing the market once more.

Santiment’s data showed that Uniswap’s network growth was quiet throughout the festive season. Nevertheless, it remained higher than the growth witnessed in October. The slump in the 30-day Market Value to Realized Value (MVRV) ratio meant that shorter timescale holders took profit at the $6.3 mark. The asset was undervalued, according to the MVRV metric, but it does not warrant a buy signal by itself.

The 90-day mean coin age also slumped during the wave of selling earlier in December. This outlined a flurry of movement of the token between addresses, and could have been due to the activity of sellers. In the past few days, even though the metric climbed, it did not show a steady uptrend at press time. Accumulation in the next week or two could precede a price rally.

Could the NFT market be in pole position for a Q1 2023 revival?

Going long on AVAX? Here is the “but” to this possible trend reversal