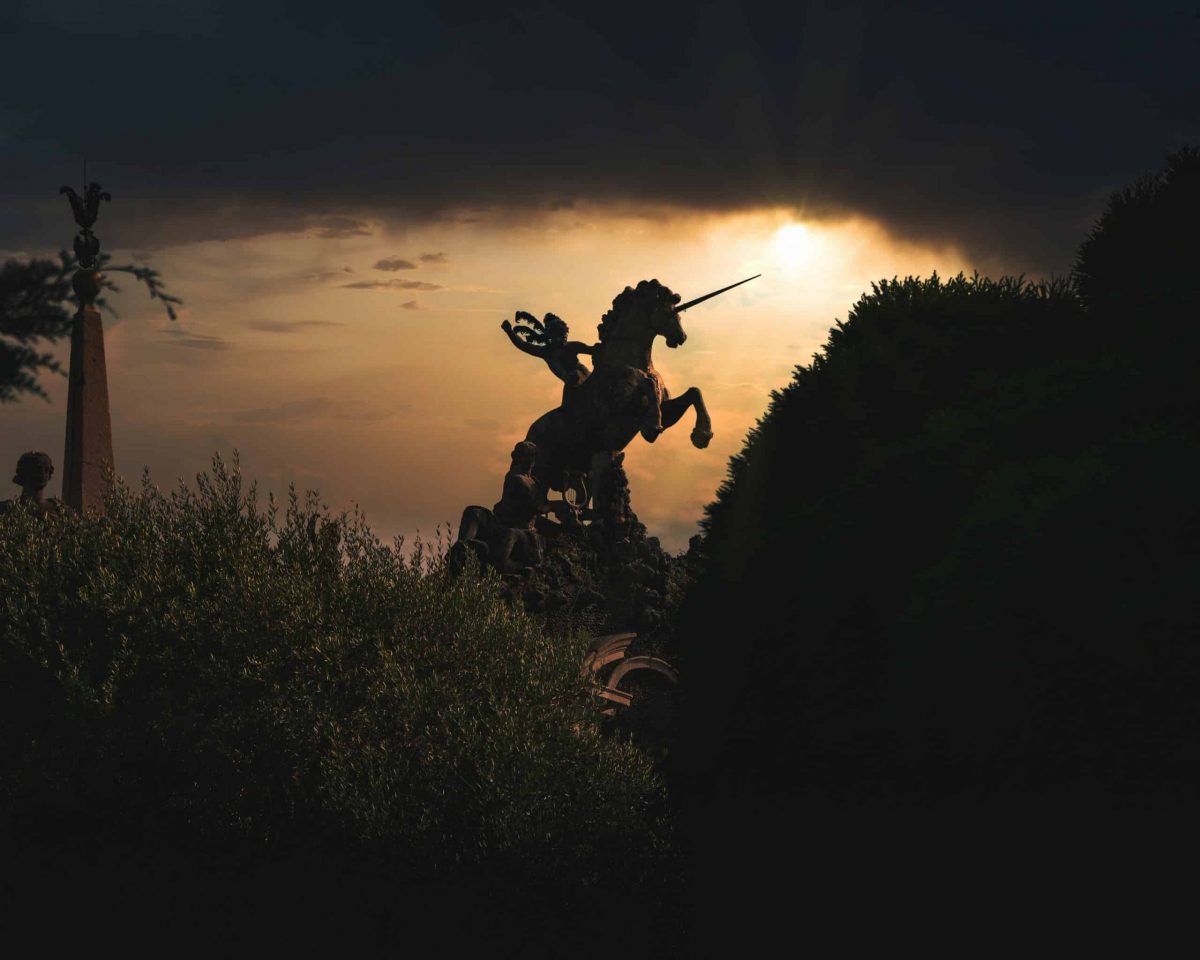 Uniswap’s UNI token delivered quite a performance ever since it bottomed out in June. Its wild bull registered a 191% gain from the bottom to its recent high.

However, the bulls are starting to show signs of exhaustion. But its historic performance may offer insights into what to expect.

During its rally, UNI experienced price zones where it either retraced slightly or delivered a ranging performance.

This has been the case within its Fibonacci retracement zones. For example, the first retracement occurred near the 0.236 Fibonacci level, at the $5.5 price zone.

The latter previously acted as a resistance zone in May and provided support in July.

The second resistance zone occurred just above the 0.382 Fibonacci level. However, the price managed to resume its upside.

UNI has so far demonstrated resilience at its current level even after a slight pullback. It still managed to recover slightly above the 0.618 Fibonacci level, confirming that there is still healthy demand. 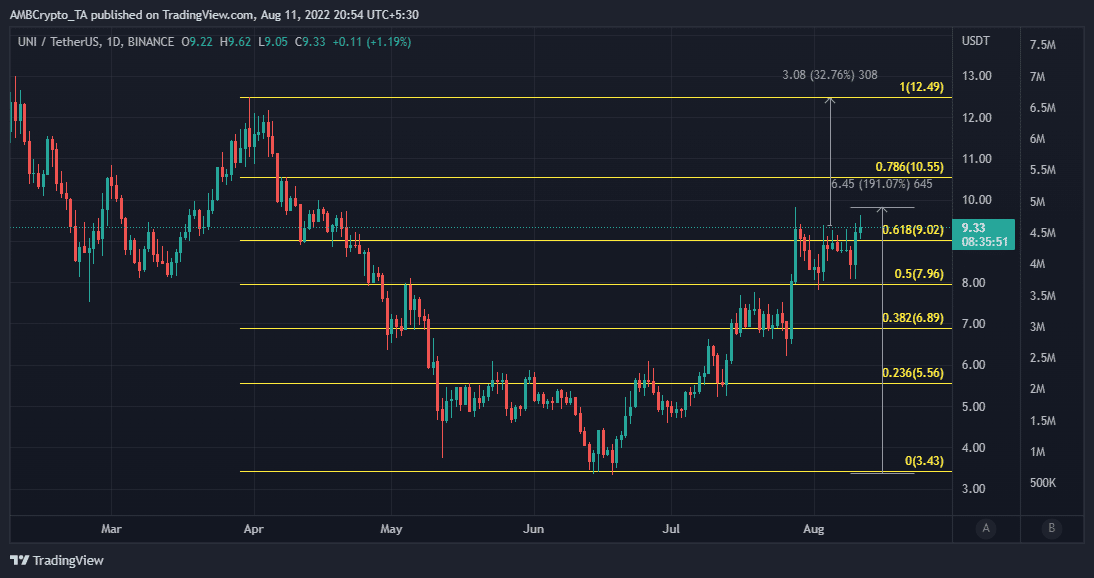 If UNI continues with the same trend, then we should expect more upside. A big enough rally might lead to a retest of its previous top at the end of March.

That “if” is currently supported by several factors, such as an increase in the amount of UNI locked in smart contracts.

Roughly 47.51% of UNI is currently in smart contracts and this figure has increased significantly since the start of the month. This means the supply in circulation is lower, and this contributes to more upside if demand increases or remains constant. 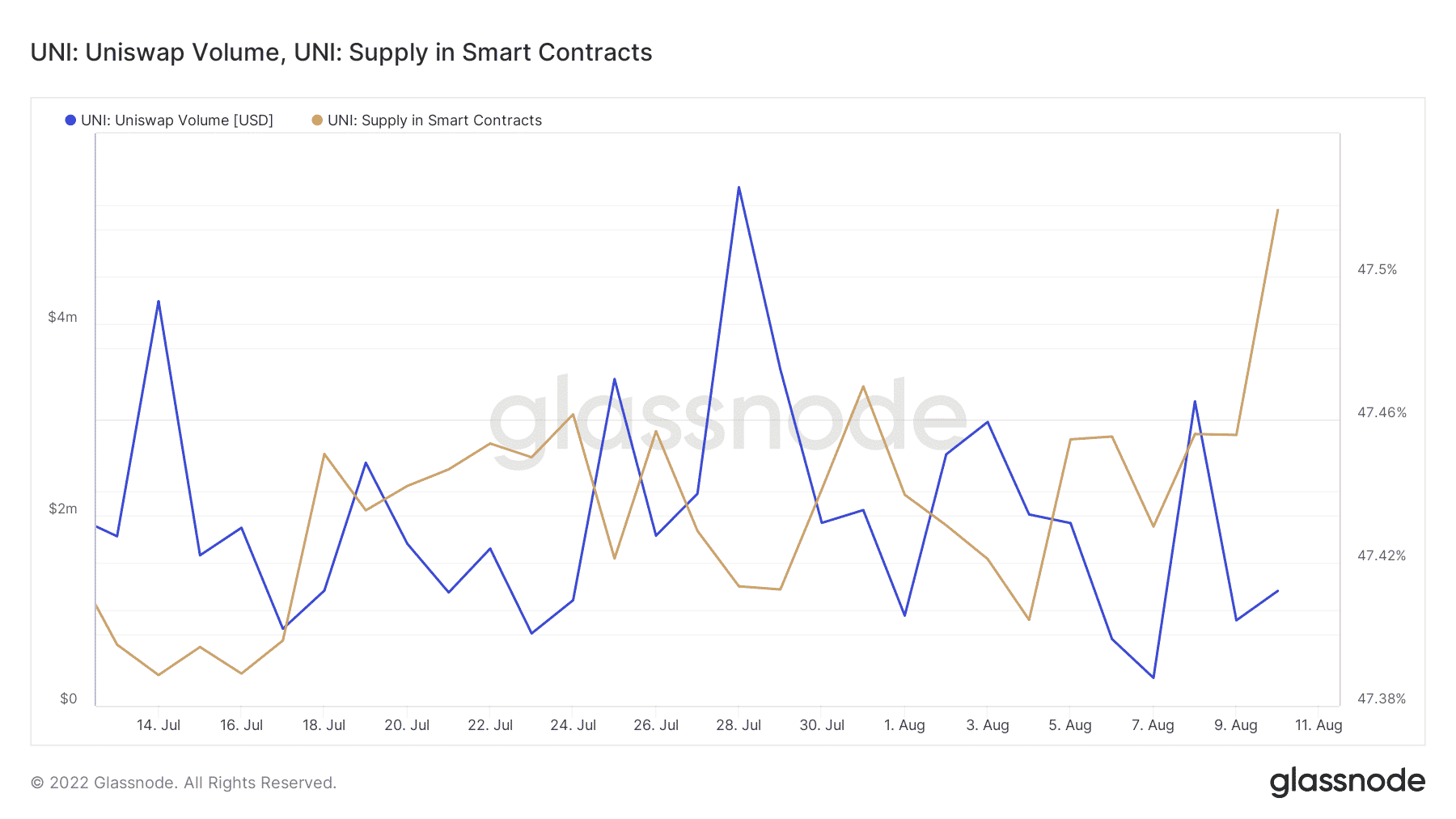 One measure of demand is Uniswap volumes. Its metric on Glassnode confirmed heavy fluctuations.

It was recovering from its lower range at press time, which means this volume increase may have a positive impact on UNI’s demand.

UNI’s exchange outflows especially in the last 24 hours highlighted a higher demand volume than the volumes being sold.

Higher outflows than inflows favor the bulls, especially if the difference is big and the demand extends across multiple days.

Although the above factors may favor UNI’s upside, it is still correlated with Bitcoin and the overall crypto market. The current market sentiment is bullish. But a sudden change in the short-run may yield bearish pressure.