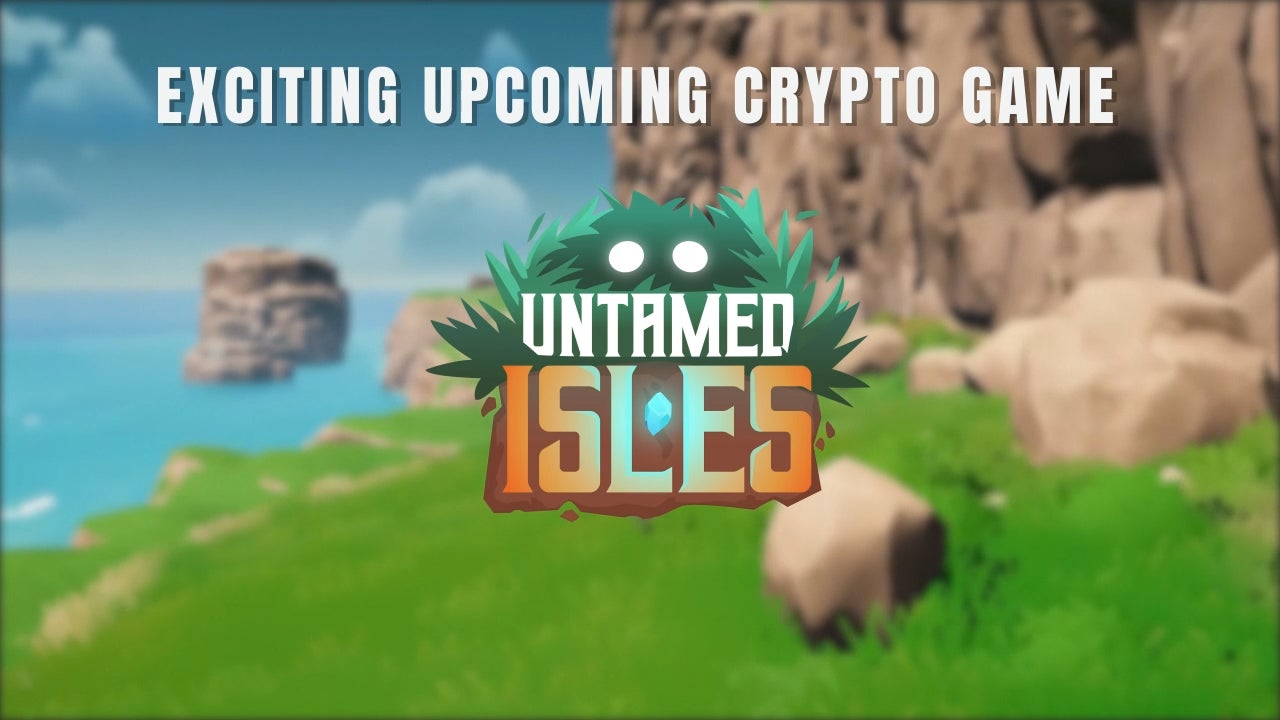 Guppy Gang is creating a limited edition genesis art collection of rare digital collectibles that are minted on the Ethereum blockchain. The team behind the platform believes in a ‘game first, crypto second’ approach and has created the Untamed Isles game aligning with the same.

While a lot of projects use different qualities of artwork to fund and build their brands with the promise of bringing use cases of these artworks in the game. Guppy gang is instead building their brand identity and then creating a play-to-earn MMORPG game that would give users a chance to enter the NFT space in an innovative manner.

In an interview with PhatLoot Studios and Untamed Isles CEO Josh Grant, we discussed the Guppy Gang NFT, the Untamed Isles game, Morph token, and much more.

1. What was the vision behind creating the Guppy Gang NFT?

The Guppy Gang NFT’s are just one piece of the bigger picture for the Phat Loot Studios, we are building innovative and fun mainstream gaming titles that are set to bring play-to-earn forward to larger audiences through the game first, crypto second. We are doing things differently and taking things to the next level in so many ways, Guppy Gang is an example of this.

The Guppy Gang is a high-quality generative NFT art project with a  goal to go overboard when it comes to ongoing features and benefits, unlike many other generative art NFTs. We started by using the talented artists working on Untamed Isles and had them create high-quality assets to ensure the artwork was top-notch. Then we loaded it with high-value features that give long-term utility and benefits to the holders of the NFT’s.

There are so many great features packed in here, but the biggest point is the genesis function. We are a gaming studio that plans to release many titles, covering many genres in the play to earn space. This token will provide value in all projects we deliver and will be our only genesis token. We will bring the highest value to those who support us from the beginning.

2. NFTs have grown in popularity in the crypto space. According to you, what is the future of NFTs in the space? How can its full potential and utility be realized?

The future of NFT’s is less promises and more delivery. When it comes to backing a project and purchasing NFT’s of this type, most people are looking for “what are the next steps on this road map”.

Rather than starting that journey with the funds, we raise from the project. We are already close to launching our game and projects on our roadmap. When setting your expectations the utilities on our roadmap are in reaching distance and will start providing value to the holders in the very near future.

There are so many ways that NFT’s of this type can provide utility, personally, our studio is making our NFT a golden ticket to the gaming empire we are creating.

3. What makes Guppy Gang stand out from others in the space?

We think all the features that are packed into Guppy Gang NFT’s make them very special and unique, many other projects just add one major feature or utility and stop there but we want to keep evolving them and there are more secret benefits to be announced.

Many projects are failing to deliver long-term experience and require their users to continue spending a lot of money as something new is released too often. That is why we made these NFT’s the only “Genesis” branded NFT’s ever to be created for Phat Loot Studios. That “Genesis” branding means that they will carry long-term benefits on the studio level which the holders will begin to learn about as the studio grows. One small example is that every Guppy Gang holder will receive a free game key for every game ever published by Phat Loot studios for each Guppy they own.

Untamed Isles is meant to be a “pure” game where people cannot buy advantages before the game is released, but in the future, there will be titles that utilize the crypto format of pre-selling creatures, items, and land. There will be even more added benefits for Guppy Gang holders in those titles when they are announced in terms of early access to purchase, potential discounts, and even free items. The Genesis aspect alone is really exciting for us as a studio because it allows us to bring along the Guppy Gang holders along for the ride in different ways as we expand.

We want to make holding a Guppy Gang NFT fun and involving, each Guppy has a unique allocation of in-game fair tickets which will be revealed over a 5 week period with a different color revealed every week, this gives an extra element of rarity to the NFT as even if your Guppy has common features it could have high ticket scores making it more valuable, you can even mint the tickets as an NFT and sell them on the Untamed Isles marketplace to other players.

Another thing that really makes them stand out is it has been created by a team who truly love what they are doing and are more interested in creating a community of gamers and reinvesting profits back into the community rather than making a quick buck.

4. Talk to us more about the Untamed Isles game?

Untamed Isles is a monster hunting and taming, turn-based MMORPG which provides a living, breathing, socially connected world where you can witness friends and other players’ activities in real-time such as fighting, training, breeding, etc. Untamed Isles rewards players for their achievements and enables you to show them off publicly, whether it be rare monsters, items, raiding, housing, and much much more.

The entire world is open for you to explore, the game focuses on social engagement and the level design creates unique areas for friends to gather, practice PVP, trade, breed monsters, and play through the story of Untamed Isles with open voice proxy communications.

The large majority of monsters, cosmetics, and other items can be turned into an NFT and sold in the external marketplace making the gameplay to earn. What’s unique about the game is that it can be played as a normal MMORPG with no involvement with crypto at all as it’s not run on a blockchain and you don’t even have to have a crypto wallet to play but if you want to earn money from it by selling some of the hard-earned items you can do.

Untamed Isles is a fair start concept where players must earn their creatures, items, and housing by playing the game. No one gets to begin the game with an enormous advantage because of item presales. It is meant to bridge the traditional gaming world into the crypto play-to-earn genre by building a level of quality that is presently lacking in the crypto gaming space. Big names like Wolfe Glick, who is arguably one of the best Pokemon players of all time, have designed the battle system from the ground up. New York Times Bestselling Author Aaron Hodges has written an entire book called “Untamed Isles: The Path Awakens” that builds the storyline for the players.

5. What is the Morph token? How will the token be helpful for users?

The morph token is designed to be a surprise for the holders of Guppy Gang which will allow for holders of the Guppy Gang to trade in the morph token for other NFT opportunities in the future. This generative art collection will be allowed to grow into its own unique adventure and immersive experience which transcends Untamed Isles itself.

Just as the name suggests the morph token allows the NFT to morph into an entirely different NFT with completely different uses cases which may not be possible for the Guppy Gang NFT.

6. Tell us more about the in-game fairs and earn tickets?

Once a month the Guppy paradise portal opens allowing all players to visit a wild and wonderful fairground. The Guppy in-game fair is open to all Untamed Isles players, they don’t need to own a Guppy Gang NFT to enter it and they can find tickets as rare drops by playing the game during the week leading to the Guppy Paradise, but Guppy Gang NFT holders will be given an allocation of tickets as explained at the beginning of the week in advance for them to use or sell to other players through our marketplace.

The in-game fair will have mini-games in which you can use your tickets to play a game and win prizes such as exclusive or rare cosmetics and other items which you can keep for yourself or turn into an NFT to be sold on the in-game auction house or the website marketplace.

7. Community engagement is crucial for platforms. How are you working on engaging your user base and community?

Community engagement is the missing piece in the current market for gaming, by entering our official Untamed Isles gaming discord and chatting to our community you will find that we have set a company mission to lead with community involvement and engagement. This isn’t just exclusive to our AMA’s or videos; our team are constantly chatting in discord, playing video games and live streaming with our community, and involving them in what’s going on with our ongoing development.

We plan to spend as much time and resources as it takes to keep direct engagement going within our community and plan to build our gaming titles and our studio alongside them. If you don’t believe it please I encourage you to come be part of it and see for yourself.

8. What are some of the future updates and collaborations we can look forward to?

The technology world has been proving that collaboration is key and value is obtained by leveraging other amazing products, brands, and people. We are already speaking with other operators in this space about how we can meet our projects halfway and provide more value across multiple audiences and our holders/gamers.

We have an announcement coming this week for Guppy Gang holders and our gamers that will really excite things even more, however, we don’t want to give it away just yet!

For more information on Guppy Gang, please check out their official website.

With AVAX, LUNA hitting ATHs, can this be the ideal strategy ahead

Attrace might have potential to grow, change referral marketing in Web3