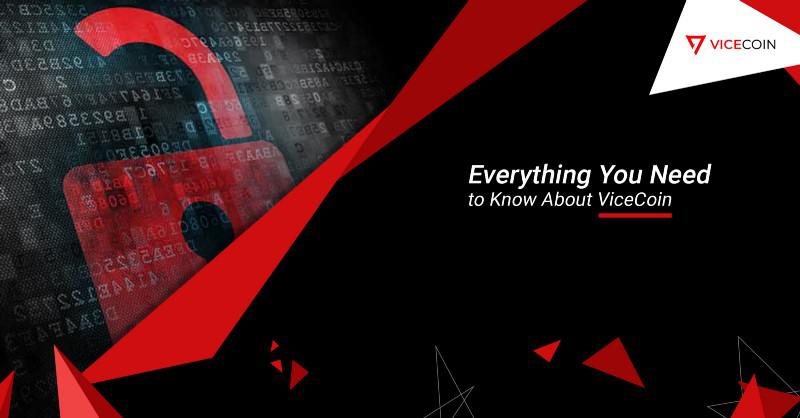 The global cryptocurrency mania, which has made a lot of people a lot of money, has everyone looking for the next big launch to get into at the ground level!
We’ve now witnessed the unbelievable breakout story of Bitcoin, a currency originally offered for pennies, only to eventually erupt towards monumental highs north of $17,000USD per coin!  In the wake of that incredibly lucrative run, rival coin Ethereum, selling its coins initially at a paltry .31 cents, now sees them trade for an unfathomable $850USD per coin- turning thousands more Crypto investors into overnight Millionaires!
As a result, Crypto Currency is on the mind of every growth-seeking investor around the globe, with one Initial Coin Offering (ICO) in particular dominating the discussion.
Let me introduce you to ViceCoin! The fabulously liberating (and well overdue) virtual currency creating a deafening buzz among the smartest investment minds within the crypto world.  The online forums are exploding with chatter among insatiable coin investors hoping to get a piece of this widely anticipated ICO!
So what is ViceCoin and why should you care?
ViceCoin is an innovative Crypto solution for all of us fun-seekers across the map!  To facilitate our most primal endeavours, they’ve crafted a completely untraceable coin that transacts through a private, confidential payment network.  It’s a thing of absolute beauty!
But how does it work?
Even the most passive digital enthusiast can’t help but be amazed by the system built around this sensational coin!  This remarkable Crypto Currency can be used for both offline and online payments, performing in a similar fashion to a prepaid credit card. The only notable difference being, the card doesn’t hold any actual Fiat currency value, but instead the soon to be coveted ViceCoin value.
When transactions are made, the payments made with these digital beauties will go through a ViceCoin payment network which will then automatically switch the ViceCoin for the fiat value it holds through the ViceCoin itself. Simple as it is genius!
Now these so-called “vices” that users will be using ViceCoins for might be viewed by some to be a bit morally misguided, but the fact is this – we spend an enormous amount of our money on our hedonistic needs and that number will only get bigger as more and more people move up the economic status chain.
Consider this for a minute, the online porn industry is worth a reported 97 BILLION Dollars (Source: Medium.com) which puts it just ahead of the GDP of Slovakia!  An incredible $3,000 dollars of online money is spent on porn every second of every day! (Source: Medium.com)  The amount of cash that moves through the worldwide web lubricating that industry alone is enough to warrant its own currency!
This fact is not lost on those launching ViceCoin, however, unlike the competing ‘Vice’ themed cryptocurrencies, ViceCoin won’t stop at being just the currency of choice for only the porn industry.
No sir!  They are also going after the 52 Billion Dollar Online gambling Industry (Source: Statista.com), the legal marijuana industry where online sales reached 10 BILLION Dollars in 2017, and even the online dating space where Match.com reigns supreme with 3.4 MILLION paid subscribers across North America! (Source: Statista.com)
ViceCoin will be everywhere you find Vice-themed products and service online which means the demand for this currency will be like nothing the cryptocurrency world has seen to date, making BIG dollars for those who hitched their wagon to this ready-to-launch rocket!
When one considers the key players they can partner with, even the most pessimistic investor can’t help but become very intrigued and see just how compelling this story really is! Think PornHub, PokerStars, Tinder, Canopy Growth – the money transacting through these sites daily is absolutely staggering and a currency specifically designed to be used on these platforms will reach popularity levels unseen in the history of the internet!
Online currency analysts are raving in anticipation of the expected ease of use and anonymity ViceCoin will provide to those fulfilling their darkest desires.  The benefit of transacting anonymously will be a cherished feature of ViceCoin users, especially considering the gruesome fallout from the Ashley Madison hack which saw marriages collapse and the lives ruined of users who were forced to sign up with their own information to allow for credit card use.
Experts are also quick to point out that with the cost of transacting being slashed by the emergence of blockchain technology (a key feature working under the surface of ViceCoin), credit cards and their outrageous fees will soon be a thing of the past for online spenders.
ViceCoin is a boldly designed and laser-focused cryptocurrency that will soon be the ICO, much like Bitcoin and Ethereum, everyone from your Physician to your taxi driver will be going nuts over!  The only difference will be whether or not they’re ecstatic they got in on it or devastated they let another marvelous opportunity pass them by.
Videos:

Everus and PayCaddie Locks Deal for US Merchants

The much awaited Liger ICO finally launched on 17th June: Soon to be listed on Global exchanges