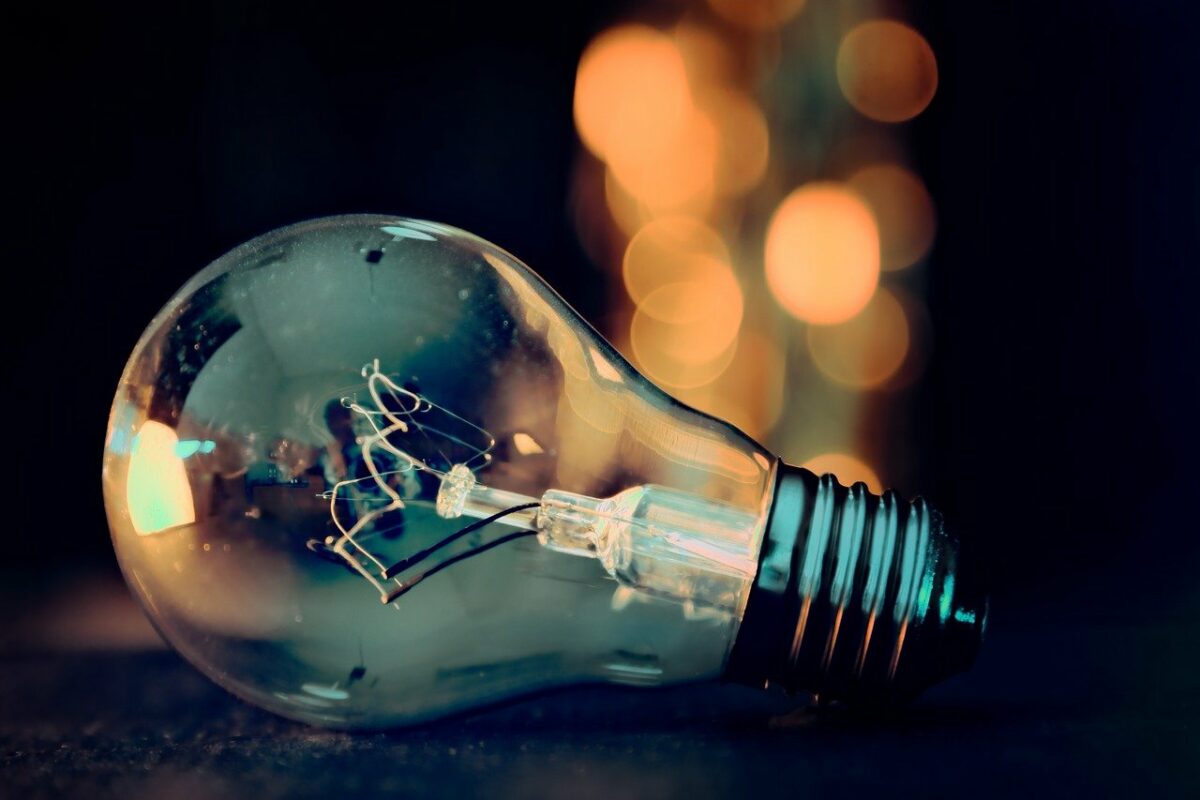 The largest Metaverse token by market capitalization, Decentraland had an outstanding performance in October. Since then, even though the prices have declined, there was some evidence of slow but steady buying in the market. Long-term investors would need a lot of patience in the weeks to come- there are areas where buying the token makes logical sense. At the same time, it was unclear whether MANA would drop to these levels. 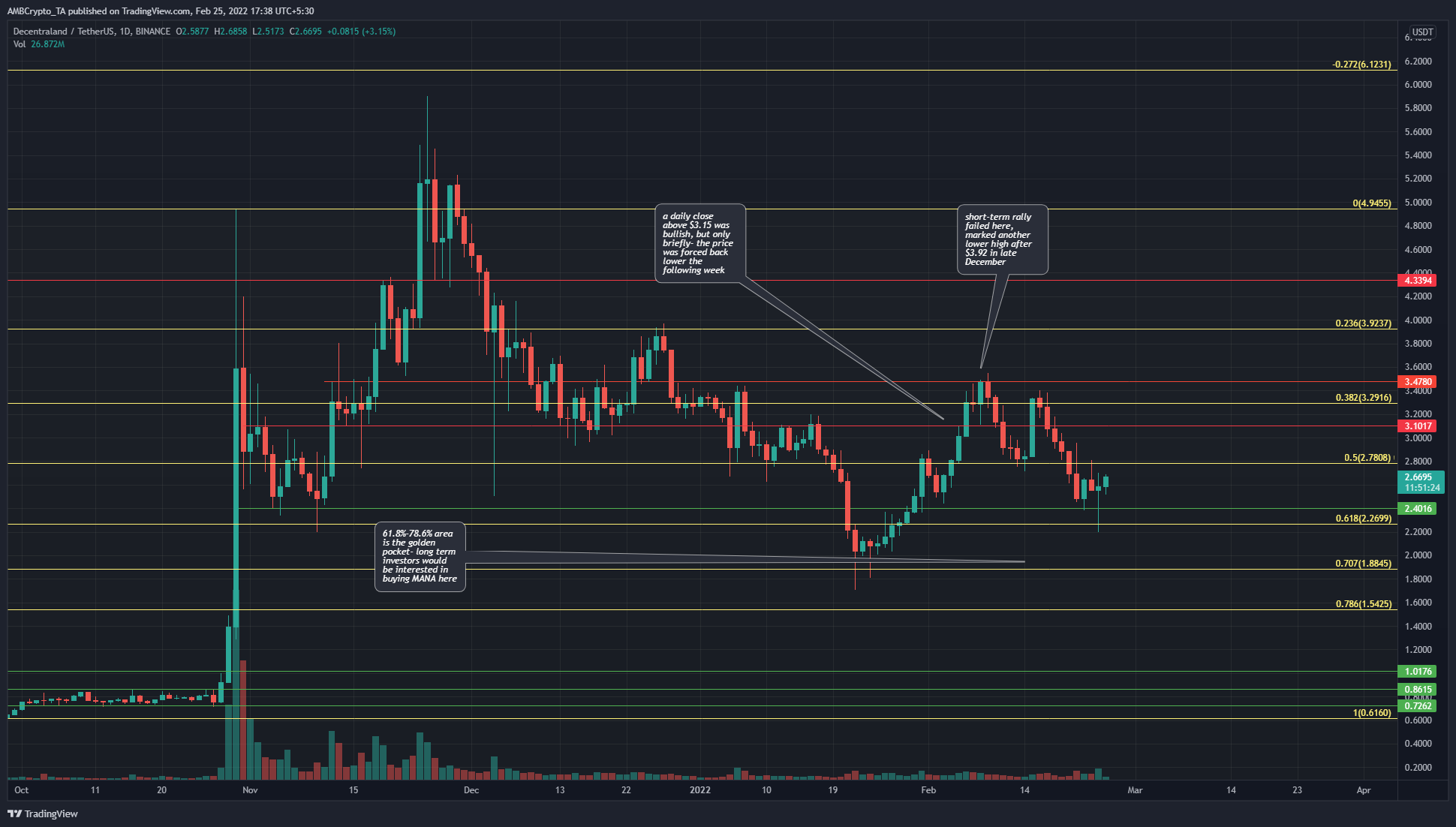 At the time of writing, the market was in a downtrend, meaning both Decentraland as well as Bitcoin. A set of Fibonacci levels (yellow) were plotted based on MANA’s meteoric rise from $0.61 to $4.94 in late September and October of 2021.

In mid-November, MANA was able to climb back above $5 and nearly pushed as high as the 27.2% extension level before facing selling pressure. For long-time horizon investors, the area between the 61.8% retracement and the 78.6% retracement level is generally an area where investors like to Dollar Cost Average (DCA) into their buys.

The market structure for MANA has been bearish- the bulls tried to flip the bias in their favor earlier in February but failed.

Therefore, two scenarios are of interest to long-term buyers- either they can wait for the price to dip into the aforementioned pocket to DCA into spot buys, or they can wait for a flip in market structure to ride to momentum upward. This would require MANA to flip $3.5 to support. 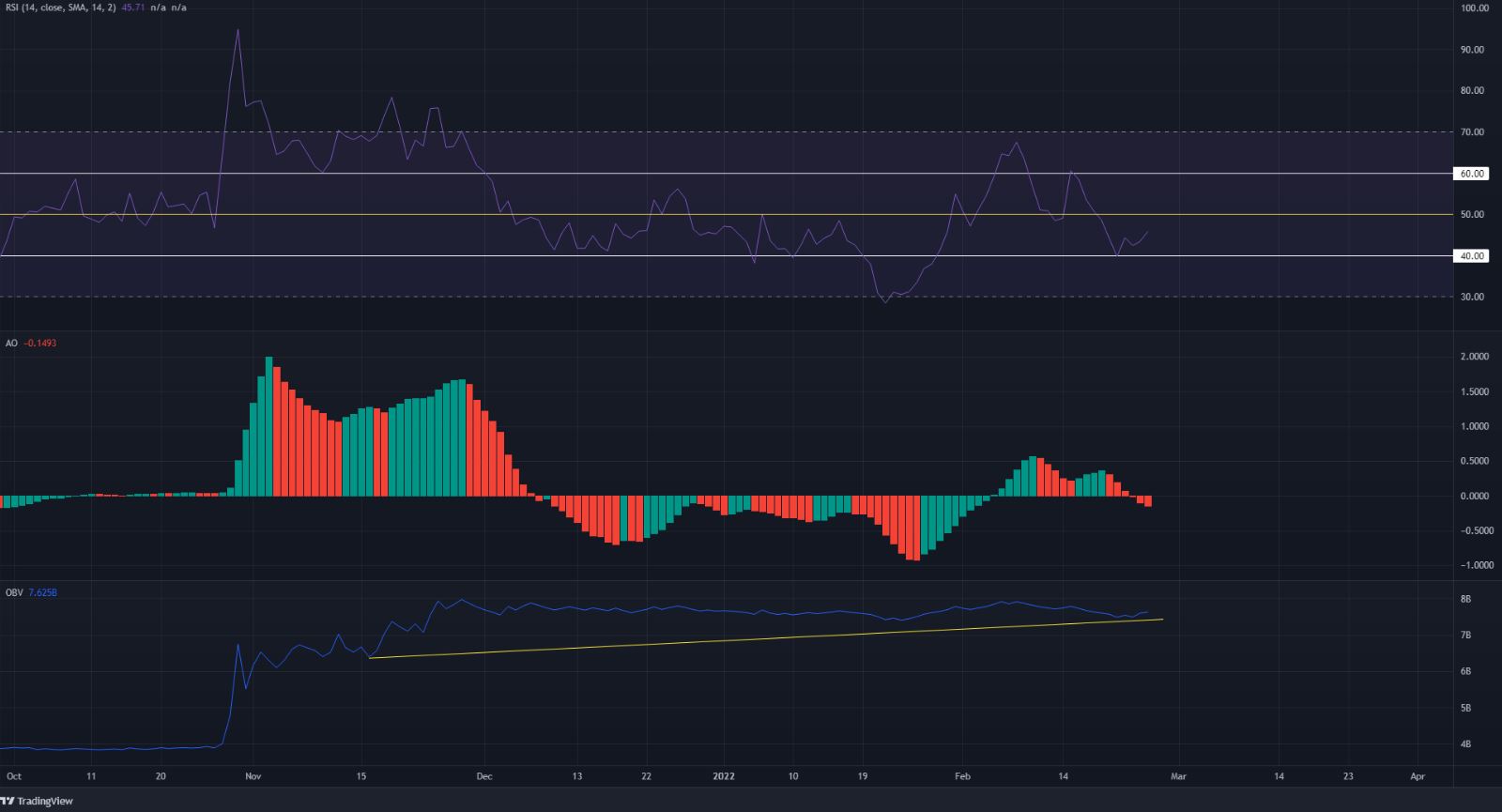 On the RSI, the 40 and 60 levels demarcate areas below and above them respectively where the momentum can be thought to have strengthened in that direction. At the time of writing, the RSI was at 45.23, which was almost neutral. Also notable was its inability to stay above the 60 mark for a significant amount of time since December.

The Awesome Oscillator sank back beneath the zero line, which reflected the bearish momentum since the rejection at $3.29. The price was also trading beneath the 21 SMA and 55 SMA (orange and green respectively).

The OBV has been forming higher lows in the past couple of months, which suggested that long-term buyers were indeed present in the background of the daily volatility.

It was hard to be bullish on a coin at a time of uncertainty in the markets. MANA showed a bearish market structure but also presented an area where long-term investors could be interested in buying the coin.

Here are three reasons why Bitcoin is ready for a recovery to $42,000