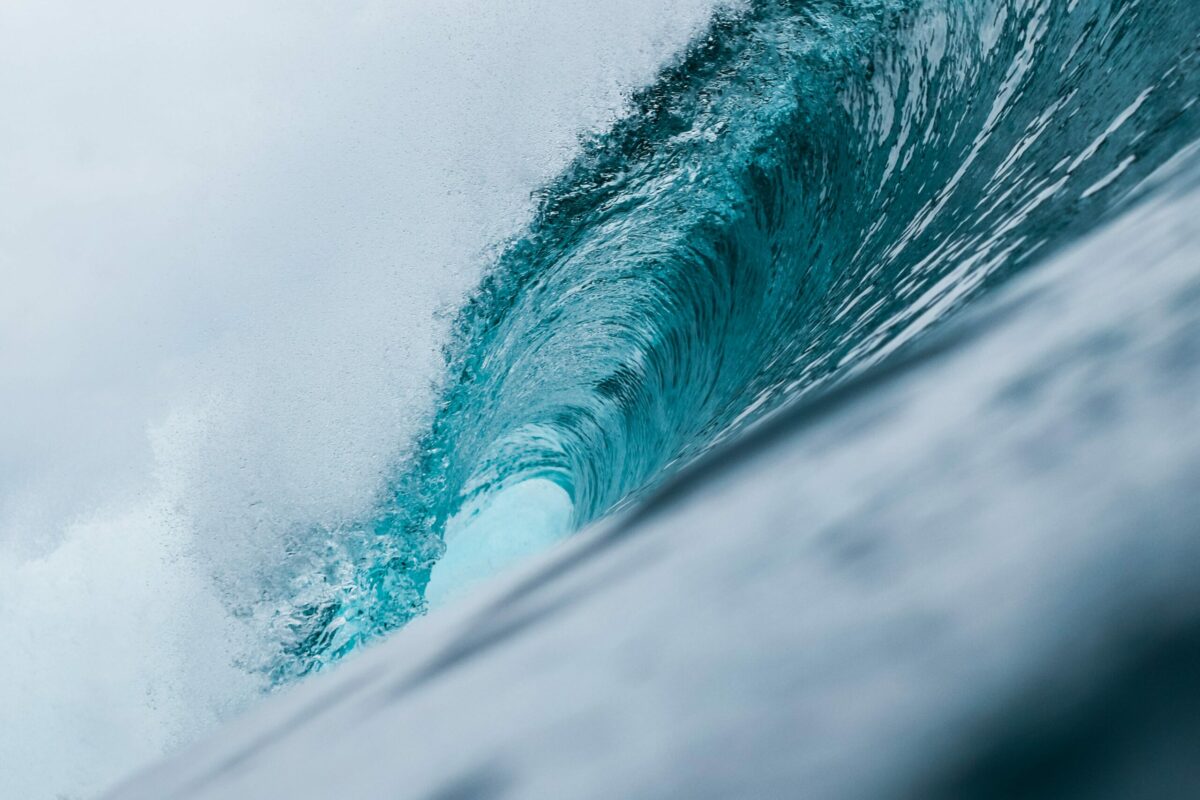 WAVES has been trading within a tight range for almost two weeks now, with barely any upward or downward action. However, that might be about to change, especially due to the price action’s recently formed death cross.

WAVES pushed into the weekend with its 50-day moving average crossing below its 200-day MA. This action effectively formed a death cross, which is often considered a bearish sign. If this holds true, then we should expect WAVES to breakout of its tight range in favor of the bears.

The death cross comes at an unusual period where WAVES barely noticed any price activity for almost two weeks. It traded at $5.94 at the time of this press, which means it is still within its historic low. 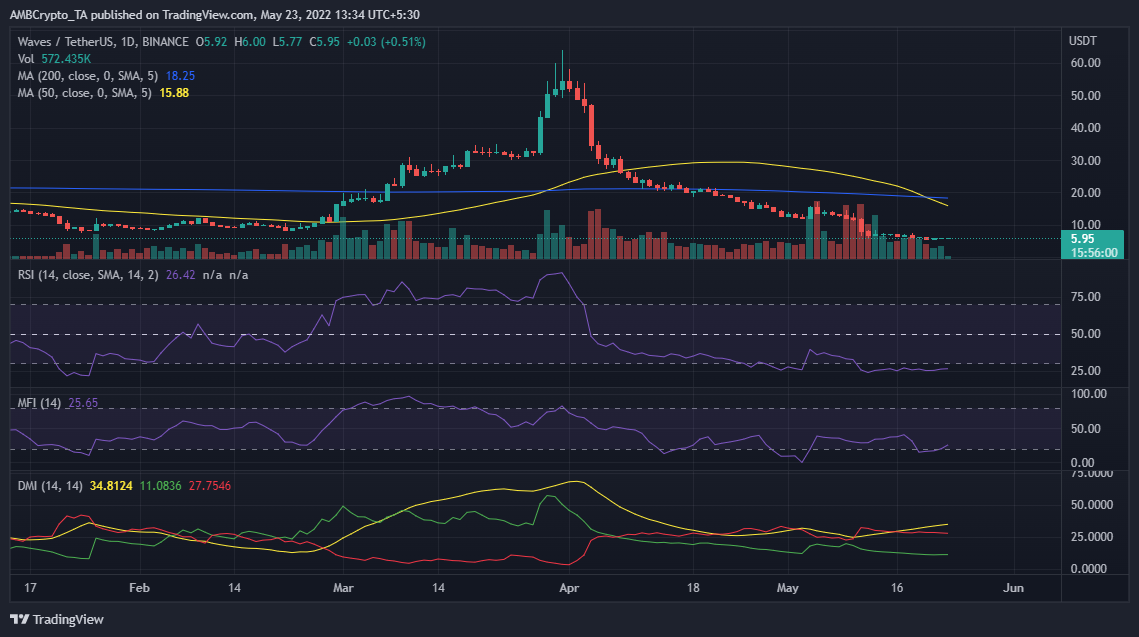 WAVES is also oversold at its current price range according to the RSI, and has been like that ever since it bottomed out on 12 May. Furthermore, the Money Flow indicator currently shows signs of slight accumulation, likely due to some retail buying at its recent dip. The Directional Movement indicator suggests the lack of directional momentum, reflecting WAVES’ latest performance.

The death cross is supposed to point towards a more downside but WAVES is currently heavily oversold and due for a bullish recovery. This conflicting situation may explain why investors have been cautious about buying back at the ongoing low prices. Perhaps on-chain metrics may help navigate through this fog of uncertainty.

WAVES’ FTX funding rate has recovered to healthy levels so far, indicating healthy demand from the derivatives market. Unfortunately, derivatives do not directly impact spot prices, but the same metric provides a yardstick for demand estimates in the market.

The supply held by whales metric registered an uptick in the last two days, suggesting that some whales may be buying.

As far as the Waves network is concerned, there seems to be a healthy development activity. This should help improve investor confidence considering the bearish price action.

What can we make of this?

The level of whale accumulation is still too low to offset any selling pressure, hence, there is significant probability of the token going downside. However, a sudden change of investor sentiment in favor of the bulls might provide some clarity. The global crypto market cap is currently up by 3.39% and additional upside might trigger positive price action for WAVES.

ApeCoin [APE]: Decoding the reason behind its major rally over the past day