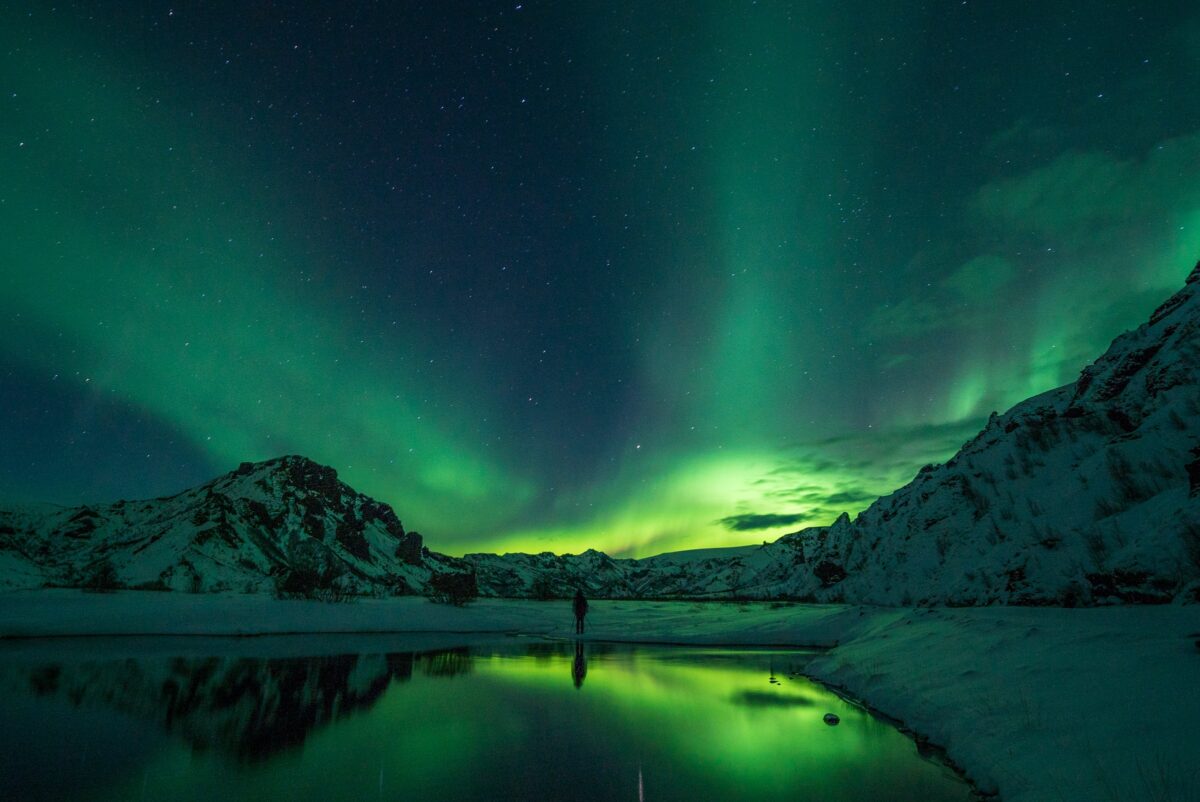 The volume of Ethereum being traded across exchanges has dropped 30% in the last 24 hours, however, this is feeding the ETH scarcity narrative. This is bullish for ETH both in the short and long term. Following a drop in ETH percent supply and balance across spot exchanges in the past few weeks, the altcoin was trading at the $2433 level. The concentration by large HODLers has dropped to 41% level in the case of Ethereum.

For DOGE, and LINK, concentration by large HODLers drives the price rally, while in the case of ETH, the composition has remained largely in favor of retail traders. ETH’s HODLers are profitable at the current price level and on-chain sentiment is currently bearish. $199.75 Billion transactions were facilitated on the ETH network in the past week and the network growth was largely positive. 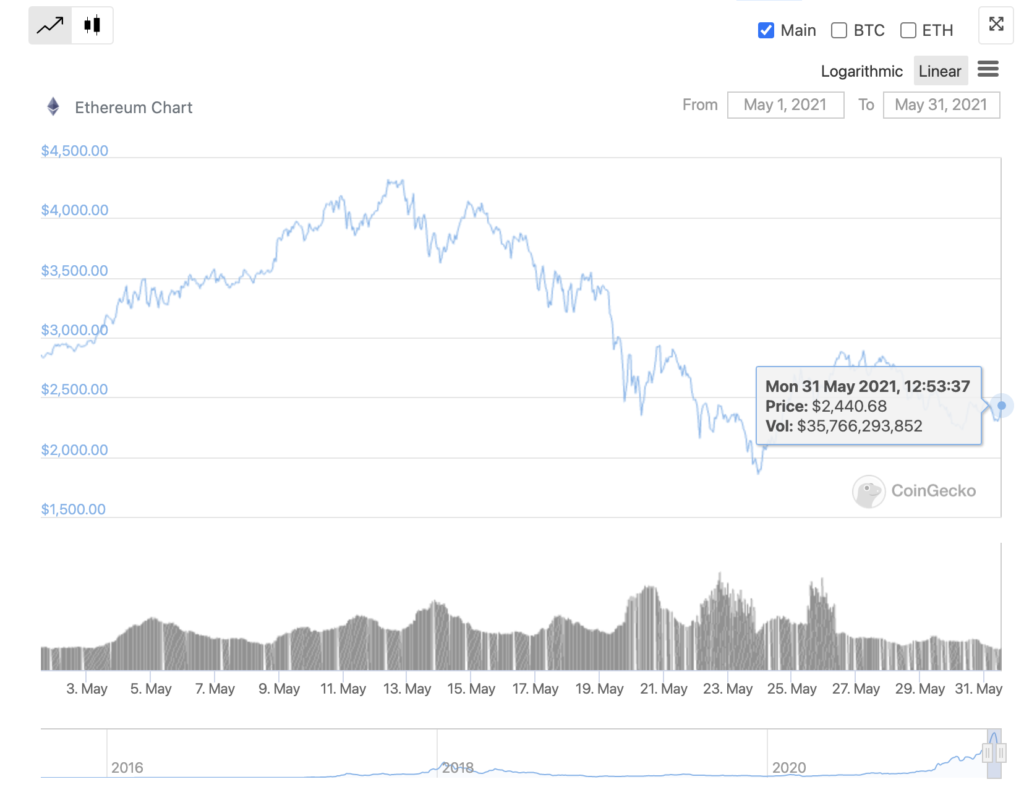 The impact on Ethereum’s price was largely positive; anticipating the upcoming July update, Ethereum’s demand has increased. The quarterly returns have been positive for Ethereum for the past six quarters. Based on data from skew

With the current trade volume on both spot and derivatives exchanges, it is likely that Ethereum’s next quarterly return will be largely positive. The debate of ETH flipping BTC has taken a back seat as L2 scaling solutions and top DeFi projects compete with Ethereum for their share of network activity and transactions.

Ethereum’s profitability is largely dependent on resisting the selling pressure when the concentration by large HODLers drops. So far, the price has stayed above the $2400 level, barring the drop last weekend. The volatility and social volume are directly proportional to the price, and the increasing social media mentions are driving profitability for ETH HODLers. 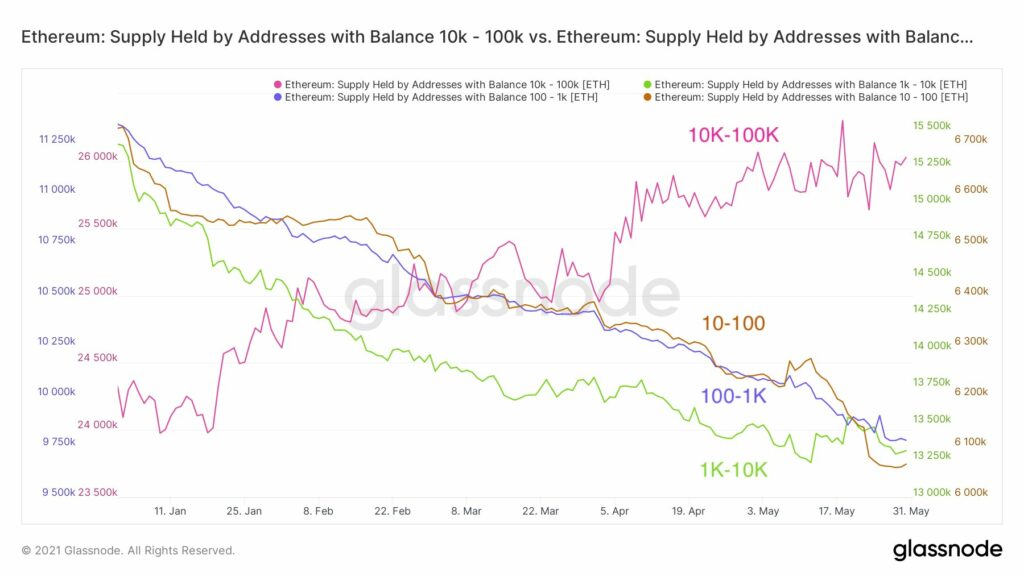 Based on the above chart, ETH consolidation has begun. The addresses that are following this consolidation and selling phase, range from those holding 10 ETH to 1000 ETH. The size of buying addresses ranges from 10000 ETH to 100,000 ETH. Large HODLers are accumulating while relatively small HODLers are selling and smart contract numbers are excluded here. This activity supports the narrative of another profitable quarter.

Ethereum, XRP, Cardano and DOT: Could this indicator be the buy signal traders want?