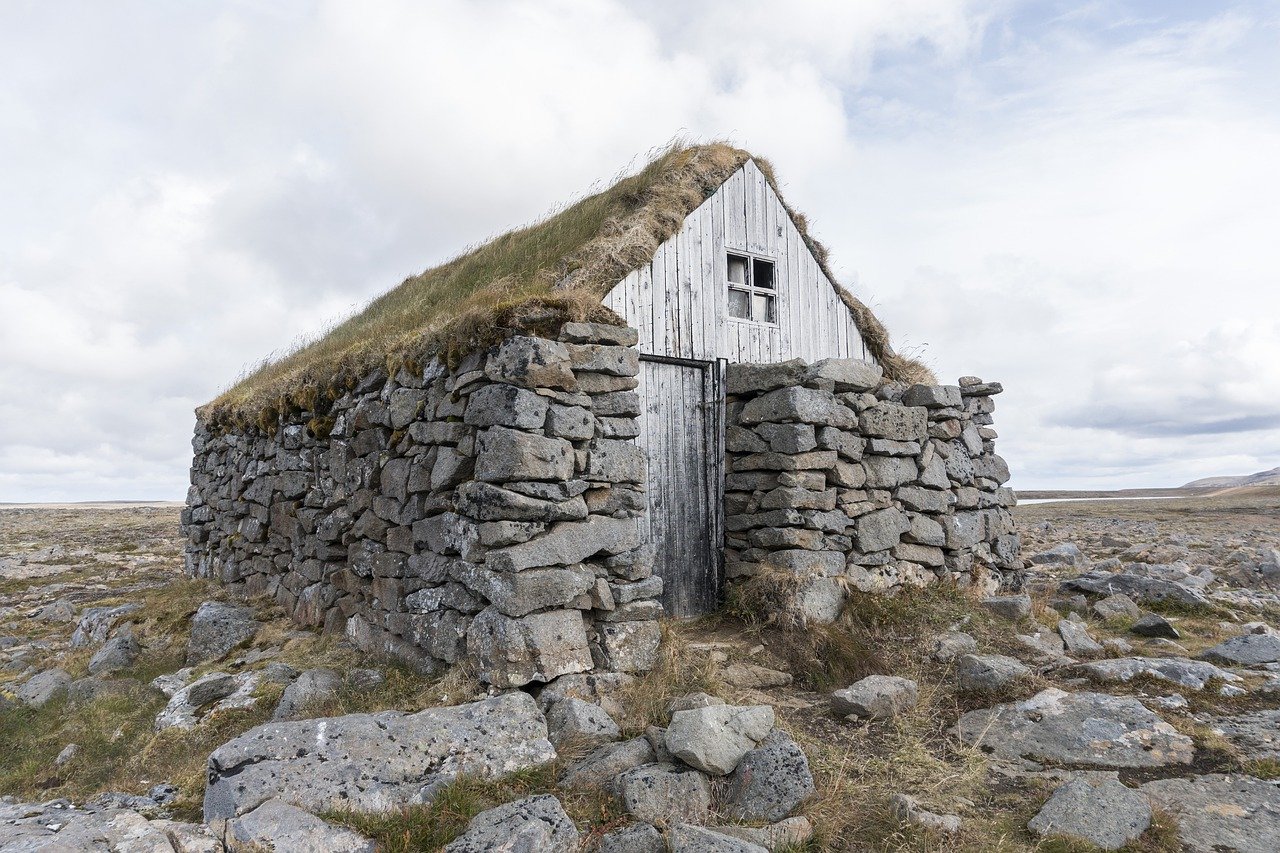 Bitcoin is currently on a recovery run after having undergone a recent price correction that took the price all the way down to $52k a few days back. While the king coin seems to have bounced back in a rather short time frame and now trades around the $55k price range, the recent price drop has had a varying impact when it comes to BTC’s long-term and short-term holders. 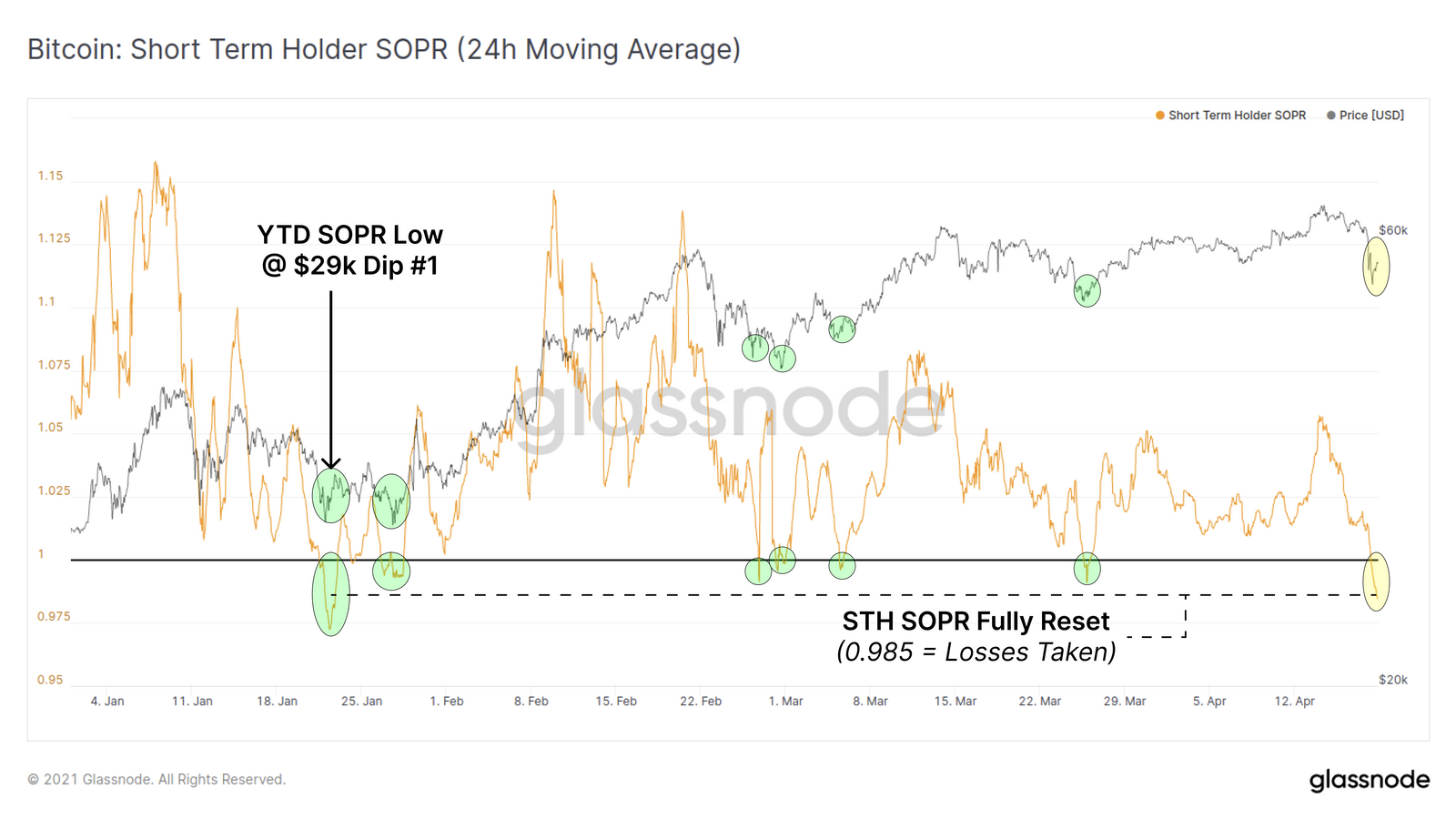 According to data provided by Glassnode, some of Bitcoin’s new coin holders were shaken out at a loss during this recent dip. The Short Term Holder (STH) SOPR metric is now well below 1.0 and in comparison to the coin’s price action in the past quarter, this is the most significant dip since BTC’s price fell to $29k in January.

However, in the case of the above-mentioned metric, it is important to take into consideration the fact that this metric tracks the amount of profit (> 1.0) or loss (< 1.0) realized by coins spent on-chain and only takes into account new entrants who are holding coins younger than 155-days. 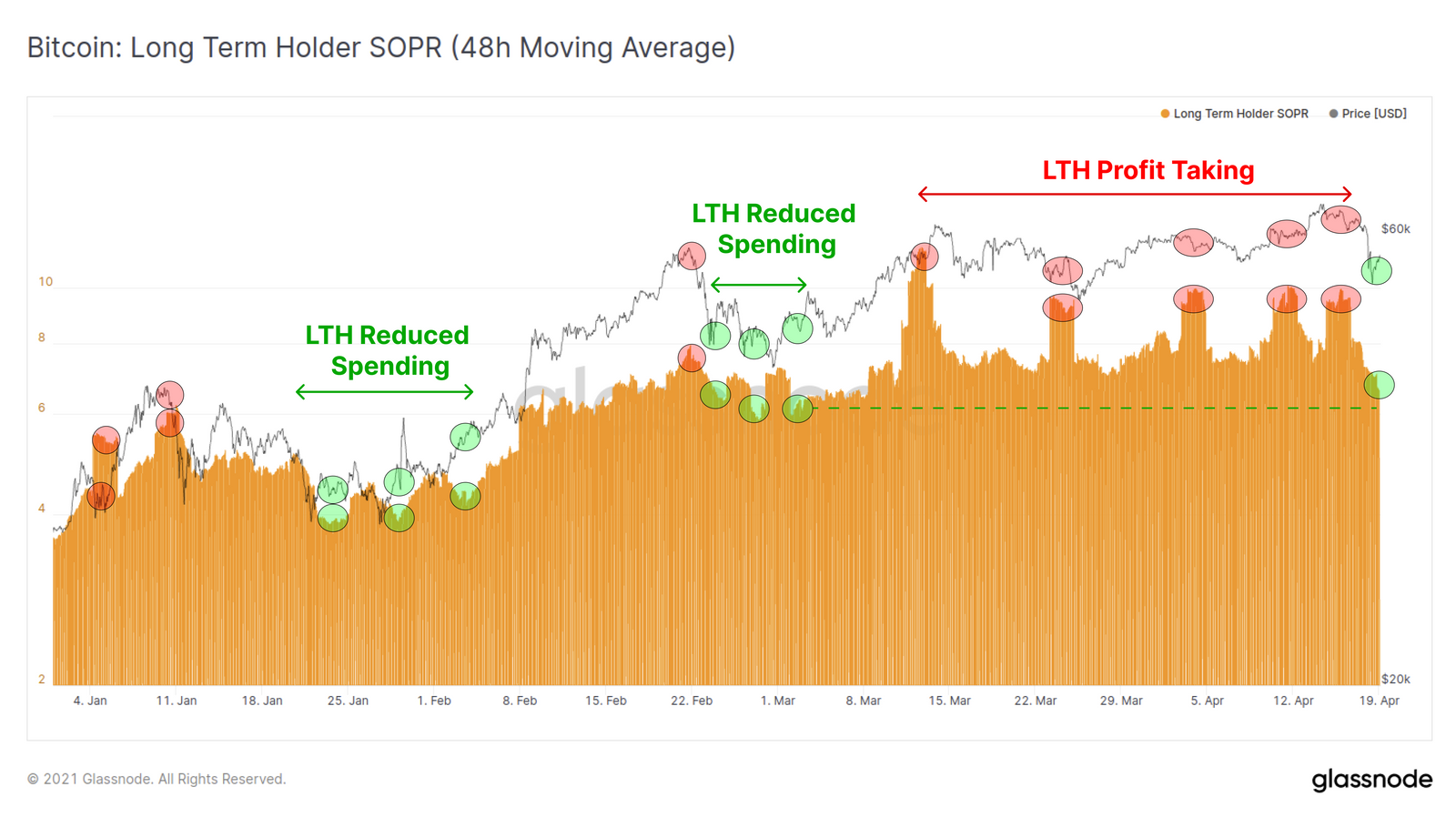 “Intermittent spikes in LTH-SOPR indicate profits were realised by long term holders which can increase the liquid supply, as dormant coins are re-activated in to circulation.”

In the past 5 days, Bitcoin’s price has taken quite a hit with its trading price depreciating by close to 14 percent. However what was interesting to note was that in the case of long-term holders, there was no panic sell, and they seem to be holding onto their coins, which has also, in turn, arrested bearish pressure on BTC and may even help recover its losses. 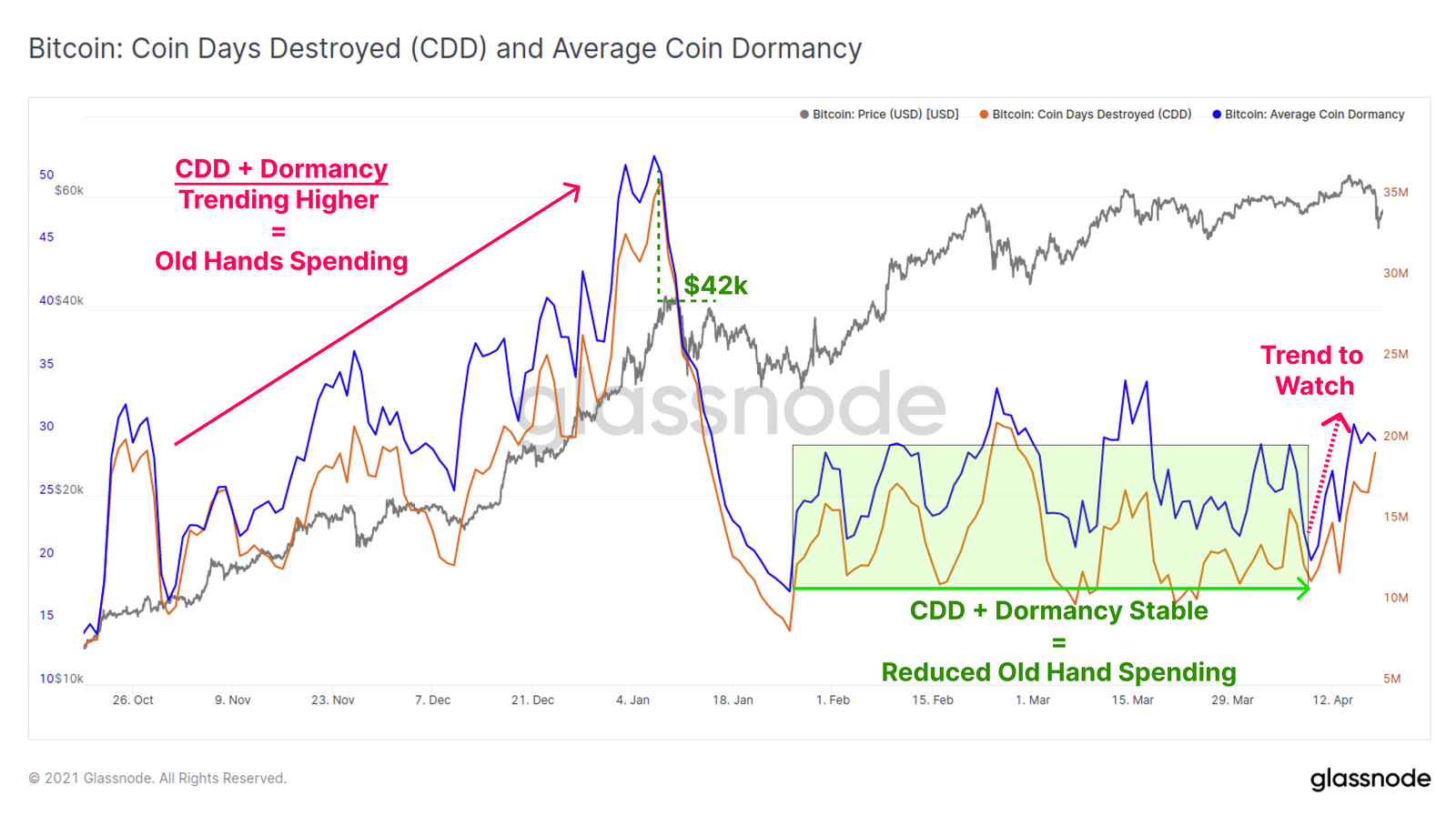 Given the fact that the market is now experiencing a strong price correction, there are multiple factors that are key for traders to consider as it tends to impact long-term and short-term traders differently as highlighted above.

In this regard, taking a look at Bitcoin’s Coin Days Destroyed and Dormancy can provide greater insight into what the market is undergoing at the moment. Both metrics continue to remain within a relatively stable range that has been established since mid-January. According to Glassnode, “strong continuation to the upside may indicate older coins are starting to take profits on a more significant basis.”

This could also imply that if long-term holders continue to make frequent sell-offs, then BTC may see a delayed continuation of its uptrend in the coming months. While many expect BTC to go close to the $100k price range before 2021 concludes, price corrections and panic-sells made by the coin’s long-term holders may weaken the bull rally as it progresses.

With PancakeSwap rivaling Uniswap, should you buy a piece of CAKE?