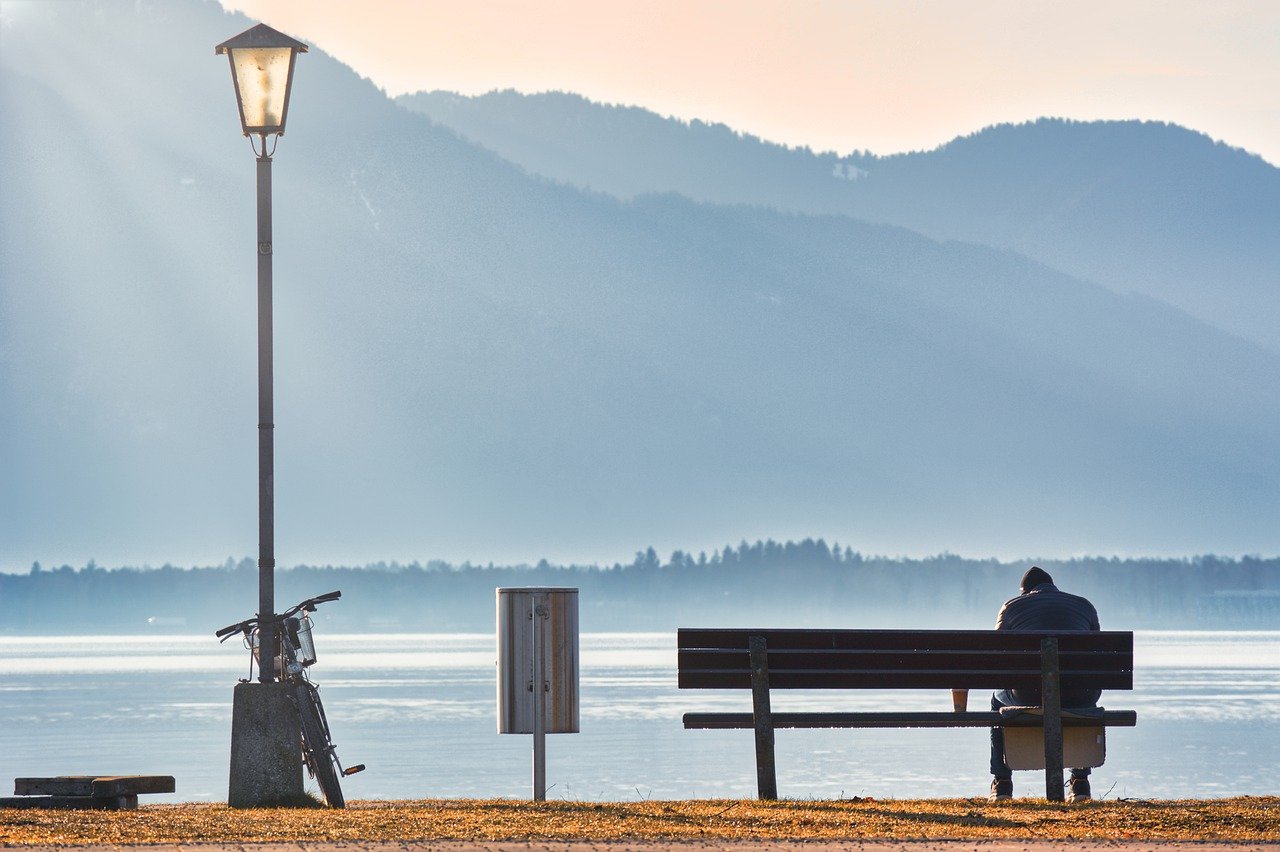 Bitcoin’s price has been formidable over the past few months. Despite bouts of increasing volatility, the world’s largest cryptocurrency has always managed to bounce back. Such was the case this past week, with the cryptocurrency registering a price correction post its latest ATH of around $61,000.

At the time of writing, Bitcoin was being traded at $58,722, with the crypto having seen its price appreciate by over 6 percent in the last 24 hours. 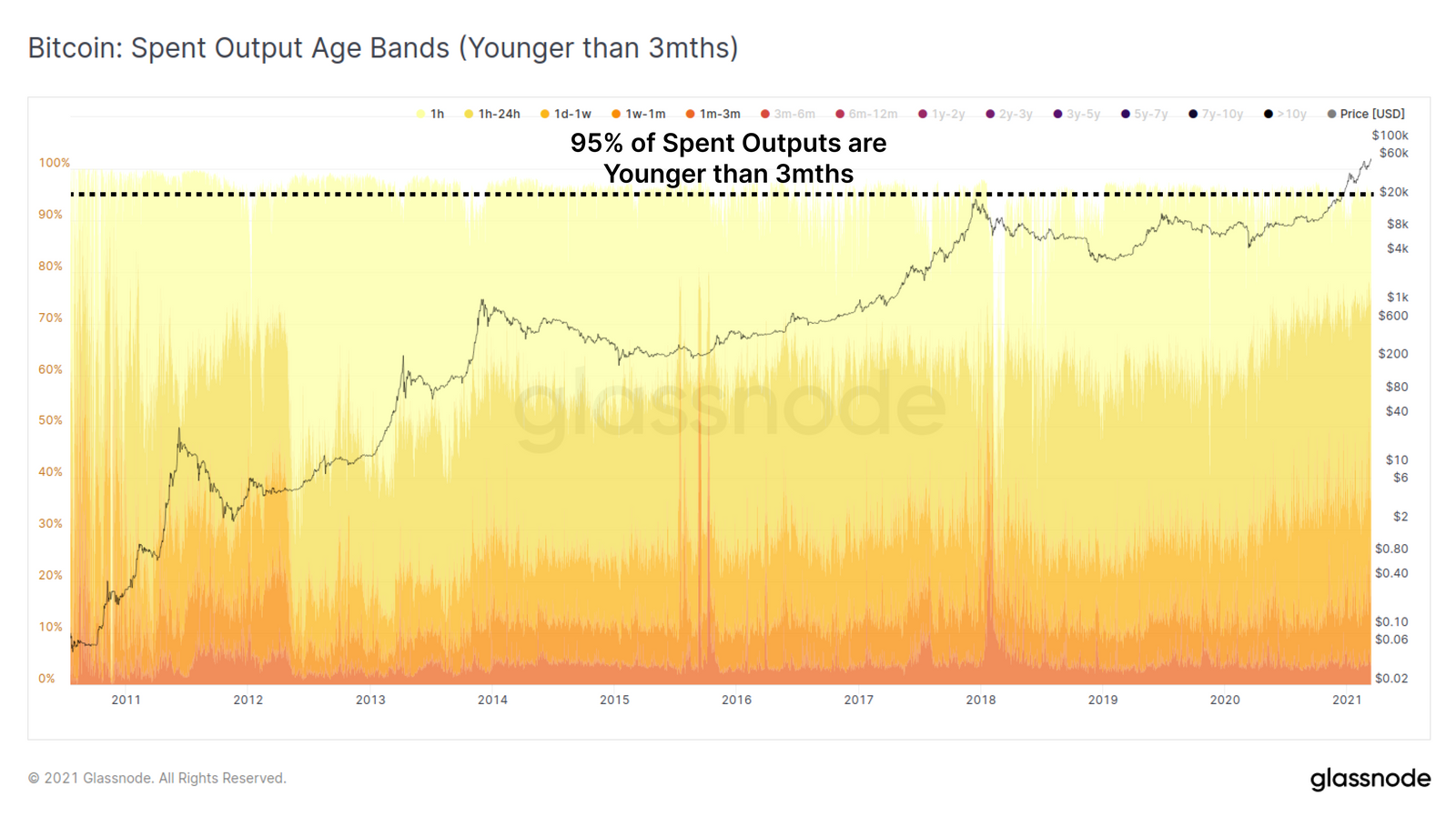 However, given the general near-term bullishness in the Bitcoin market and its long-term prospects, how have different market participants reacted to the elevated prices? For the coin’s long-term resilience, its hodler community is of immense significance.

According to data provided by Glassnode, coins that are not more than 3 months old are now being spent. Interestingly, the most liquid supply transacted over the past few months dealt with fairly young coins, with data revealing that more than 95% of spent outputs were younger than 3 months old.

Hodler sentiment for Bitcoin is crucial if the coin is to move towards its $100k goal in 2021. In fact, Glassnode also pointed out the subtle differences between BTC’s long-term and short-term hodlers. In a recent report, it pointed out,

“Current STH [short-term holders] demand remains strong and LTH [long-term holders] are releasing coins gradually and at a slowing rate. However, it is important to keep in mind that LTHs also have a much larger supply still in hand which is both bullish for HODLed supply” 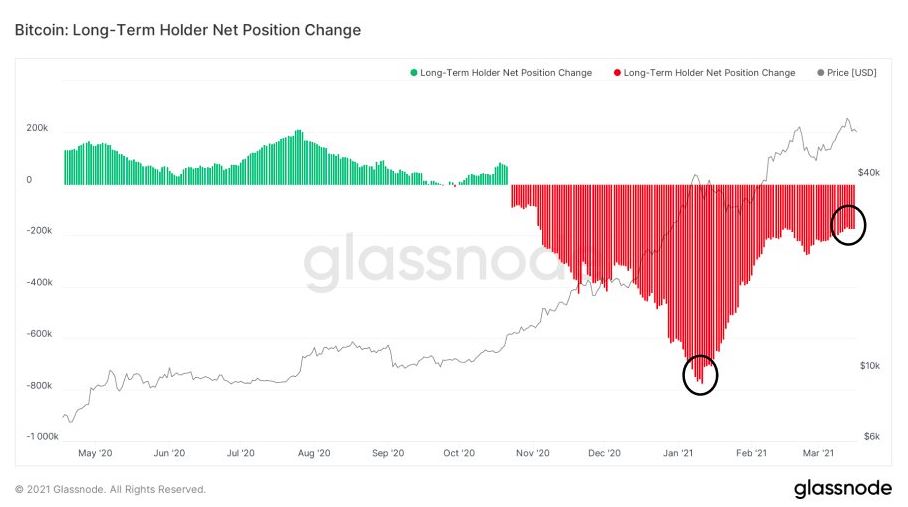 Long-term holders aren’t cashing-in to a very great extent, in comparison to when the price surged in January. Market data highlighted that Bitcoin’s LTH net position change still held a negative value of around -200k. However, at an earlier stage in the rally around January, this was around -800k, indicating that hodlers were cashing out.

The fact that old accounts are seeing lower net changes goes on to suggest that hodler sentiment in the market is strong, making Bitcoin’s volatility less capable of pushing the price in the southbound direction. It also goes to show that in case of a price correction in the market, the cryptocurrency will have the capacity to bounce back. 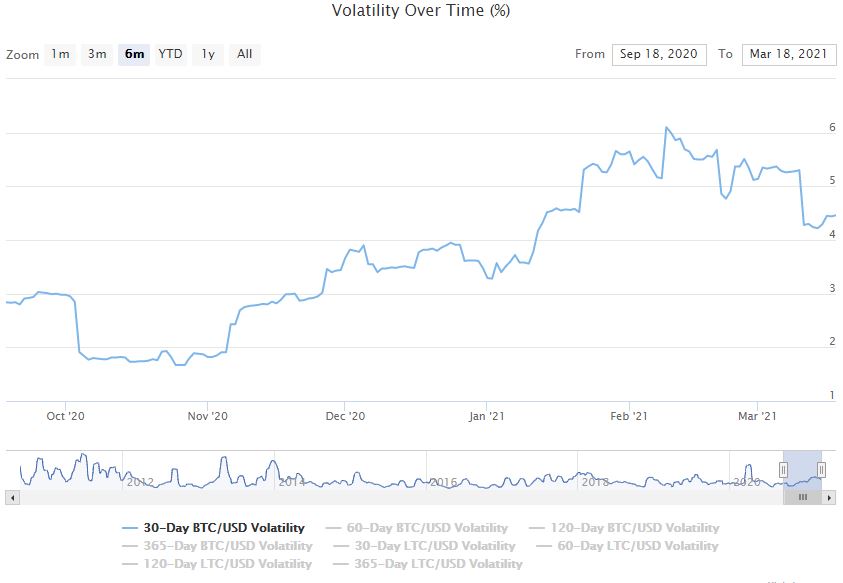 With the coin’s price dropping to a level below $55,000 a few days ago, only to bounce back and reclaim its price level close to $60k, it isn’t hard to see how the volatility is back in the BTC market. According to BitPremier, while the volatility saw a significant drop at the start of the month, it is once again climbing, with the same around 4.46 percent now.

While the case for hodling Bitcoin is now as strong as ever, the market has also seen whales enter the market and cash-in on profits. Consider this – According to Santiment, when the price fell at the start of the week, an unusually high amount of activity came from large addresses.

There were around 23,478 transactions of $100,000+ transactions on the network in three weeks. That is important, especially since if $100k is to remain a credible target for the end of the year, the coin will need to rely on the hodling commitment of large accounts to speed up its price discovery post its latest ATH.

Bitcoin: Here’s why 26 March is worth keeping an eye on