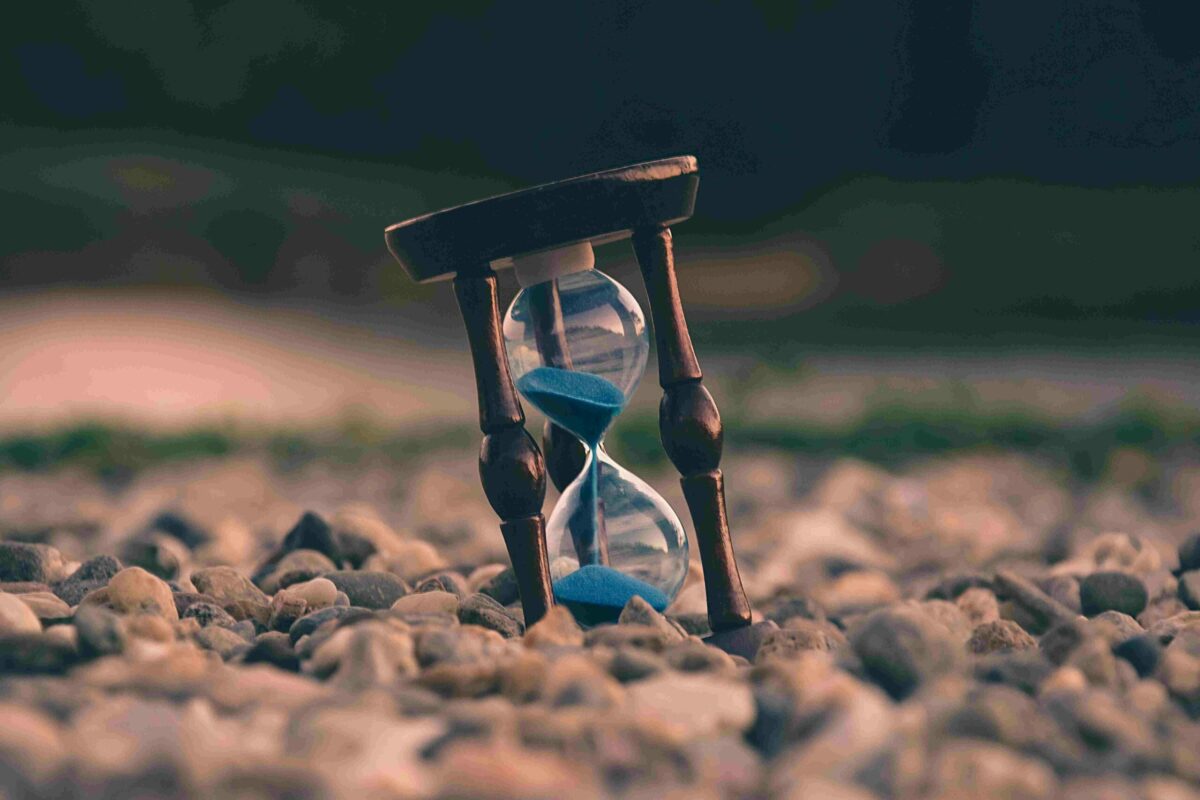 In less than 10 days, the financial industry will collectively call it quits on Q3 2021, and the market couldn’t be more indecisive at the moment. With prices failing to breach past immediate resistance, there is an air of uncertainty at present.

Both Bitcoin and Ethereum have managed price consolidation above their immediate support of $42,000 and $3000, but it might soon be tested. Keeping that scenario in mind, another key expiry date is approaching both assets on 24th September, which may play a role in the trend direction for Q4 2021. 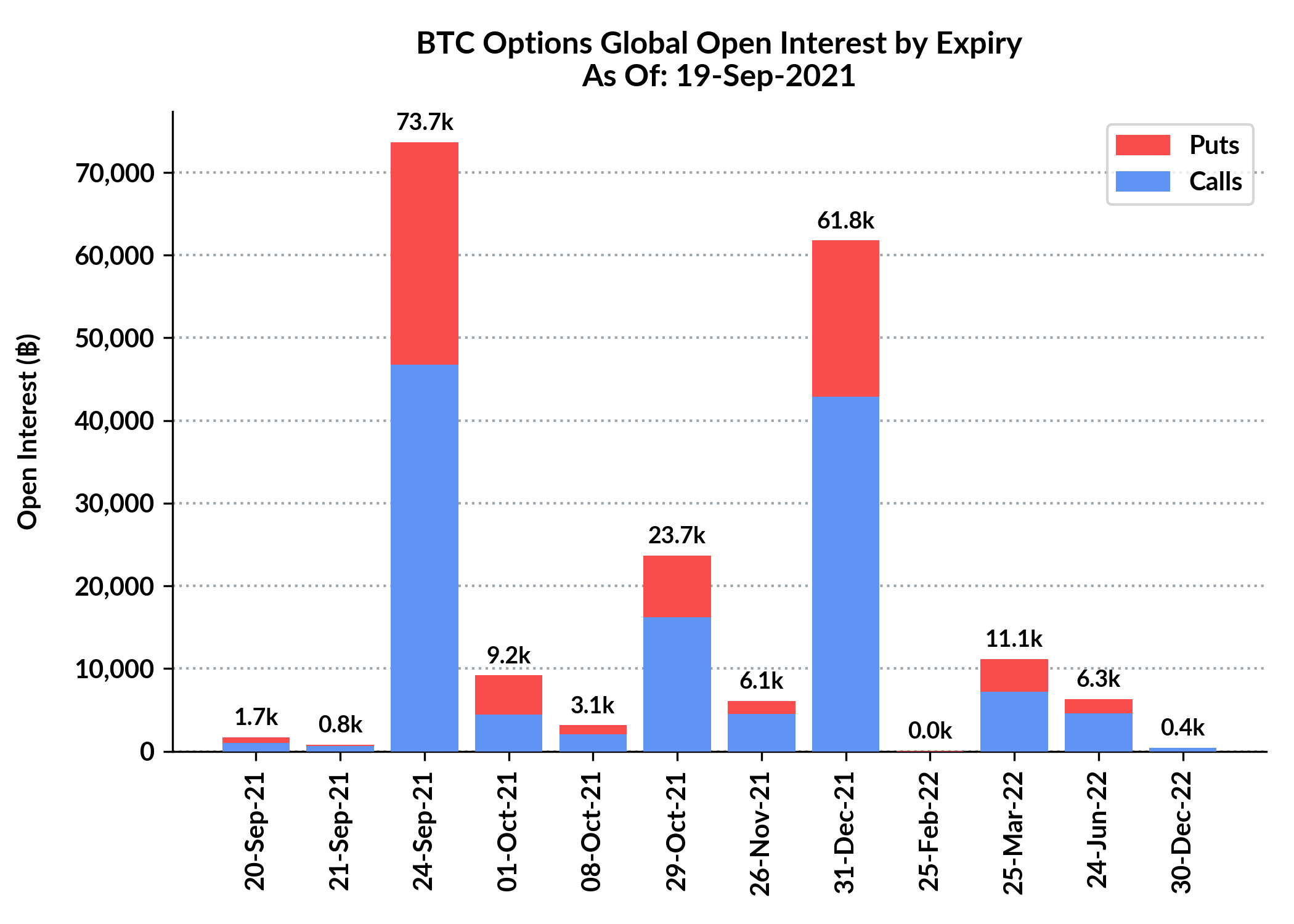 As per Skew data, on 24th September, 73.7k Bitcoin Options in Open Interest are approaching expiry. The net valuation reaching close to $3.2 billion at press time, makes it one of the largest expiries in 2021. 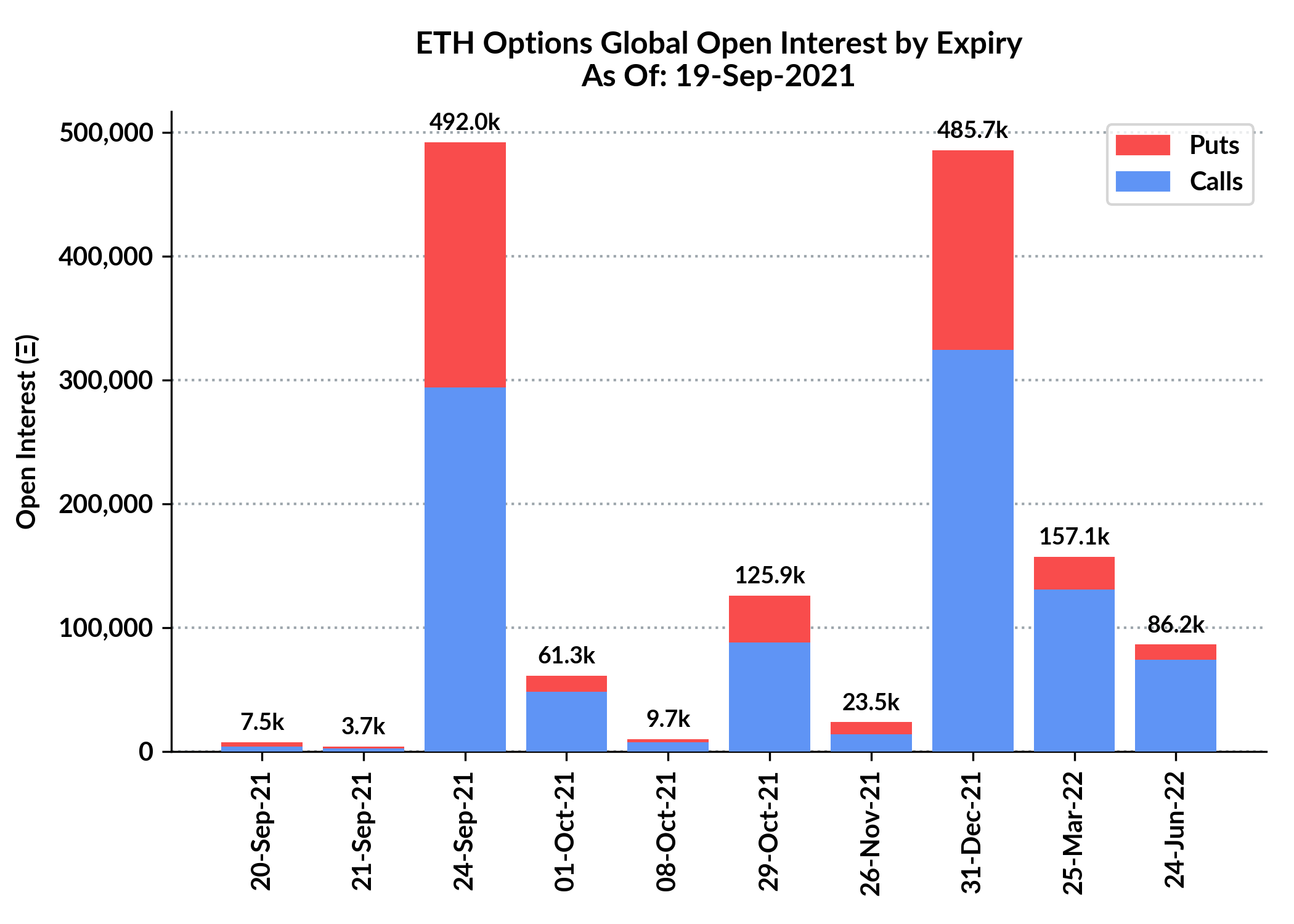 With respect to Ethereum, 492k ETH options will be reaching expiry, with a net worth of $1.5 billion at press time. One of the main specifics common between BTC, ETH options at the moment, is that a majority of the options are Call Buys. This means a higher number of contracts will undergo invalidation if their higher targets are not met.

The implications on a stagnating market can be huge as target failure may lead to a temporary drop in prices for both Bitcoin and Ethereum, following the expiry. At the moment, Bitcoin Options were still more in the green, as BTC remained above $44,000 but it is sliding below that range at press time. For Ethereum, prices are currently at $3000, which is a massive setback for most contracts with strike prices at around $3300-$3400 on 24th September. 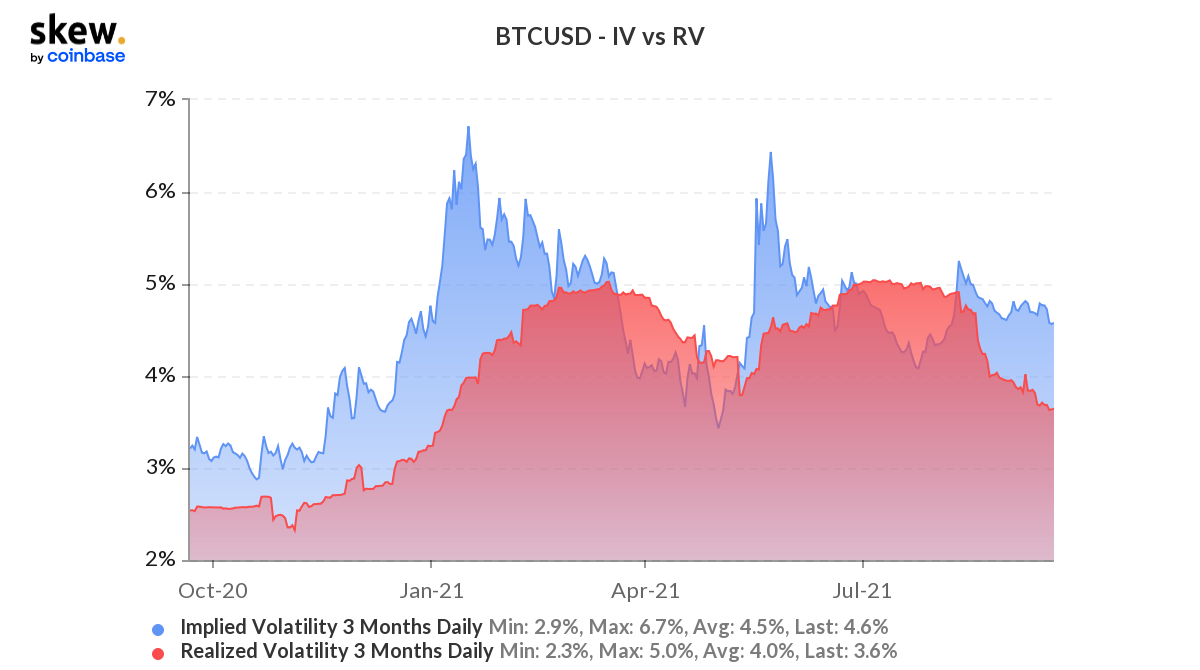 At press time, there was some refuge to be taken in the current build-up between Implied and Realized Volatility. With Implied still leading Realized volatility, the necessary trader sentiment suggested that there is still room for more price movement in the charts. It is mildly bearish considering the fact that the price is falling alongside the volatility structure.

However, Realized Volatility has reached a low that triggered a bullish recovery twice, in the past. Once in January 2021, and then again in April 2021. Considering Bitcoin does re-test support at $42,000 and Ethereum drops below $3000, the margin for growth will be high for Bitcoin going into Q4 2021.

However, a continued drop in Realized and Implied Volatility, would slow down bullish momentum, and the market may consistently drop levels in the absence of trader sentiment.