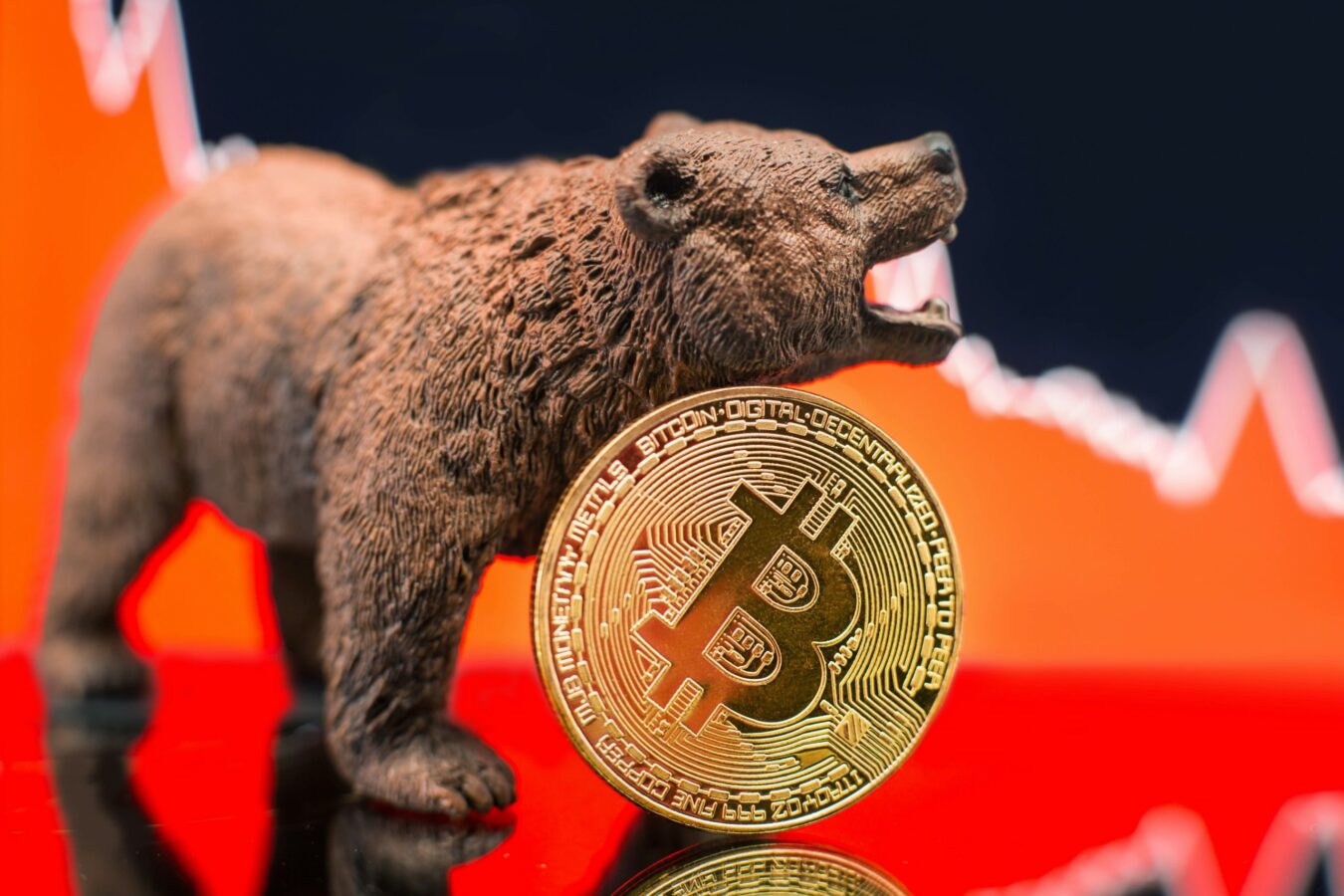 Bitcoin continues to become a household name as more and more mainstream influencers express their opinions about the king coin. Just recently, Steve Wozniak, the co-founder of Apple, said that Bitcoin is a miracle of technology, it’s a better asset than gold, and that it is the future. Such news generates hope in the eyes of investors. But the question is, does data support this? Popular analyst Benjamin Cowen answered this question, while also giving us hint at when to expect the next bull rally.

Bitcoin in trouble? Presently, a little bit. Bull Market Support is an indicator that marks the crucial levels which are necessary for the king coin’s bull run. At the moment, these bull market ranges rest significantly above BTC’s price action. The 20 WSMA and the 21 WEMA, both reside at $46,000 and $40,000 respectively. Bitcoin on the other hand traded at $33,200 at press time. Thus these levels seem rather difficult to reach unless BTC makes a jump soon. 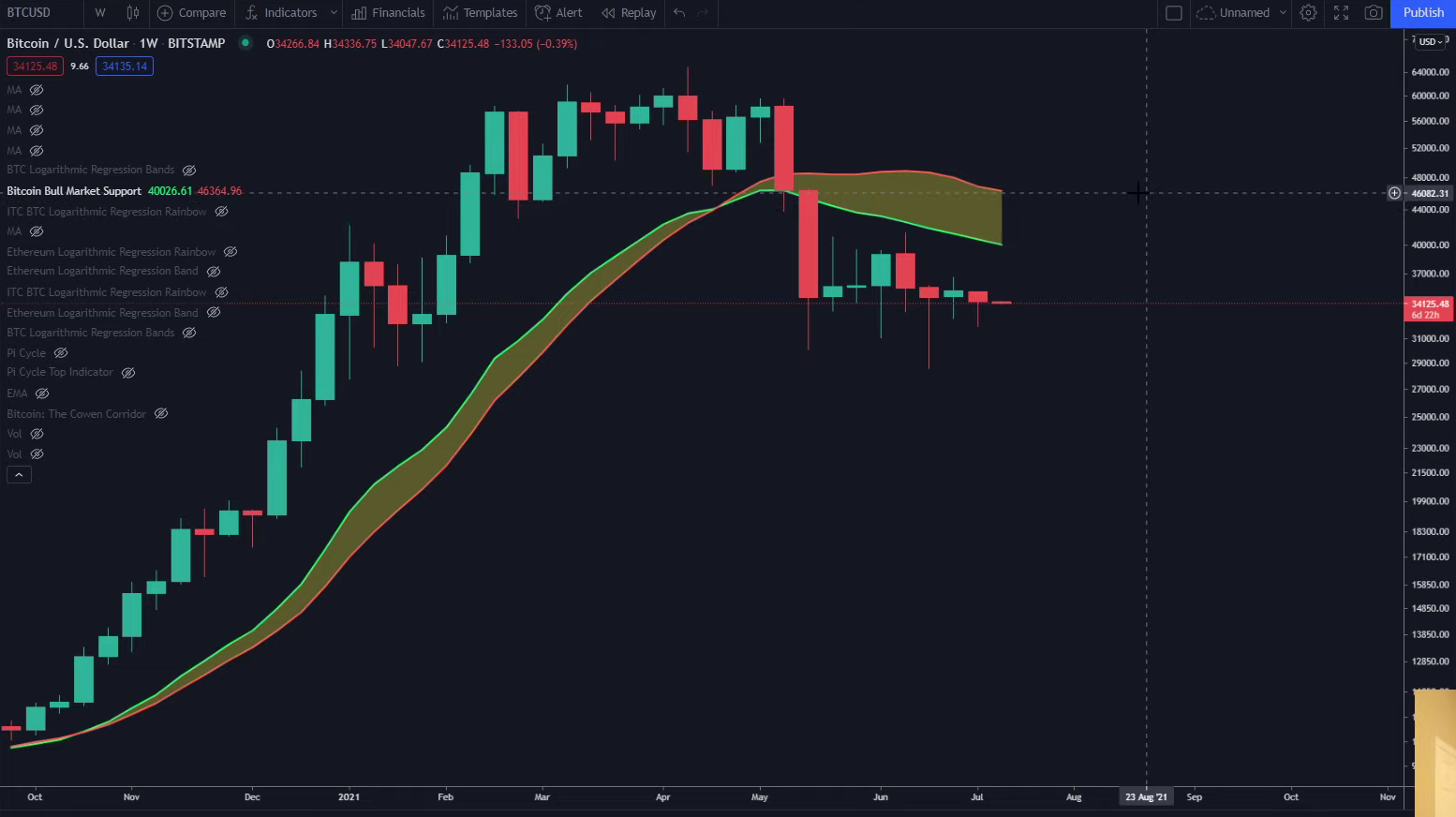 Additionally, in order to resume any bullishness, the king coin must not only reach above the bull marker doors but also test it as support. Historically speaking, every time Bitcoin failed to test it as support, the coin ended up falling, but when it does it always results in a bull run. A similar movement could be observed in 2020. Bull markets were breached but the test support failed and the bull market was canceled. 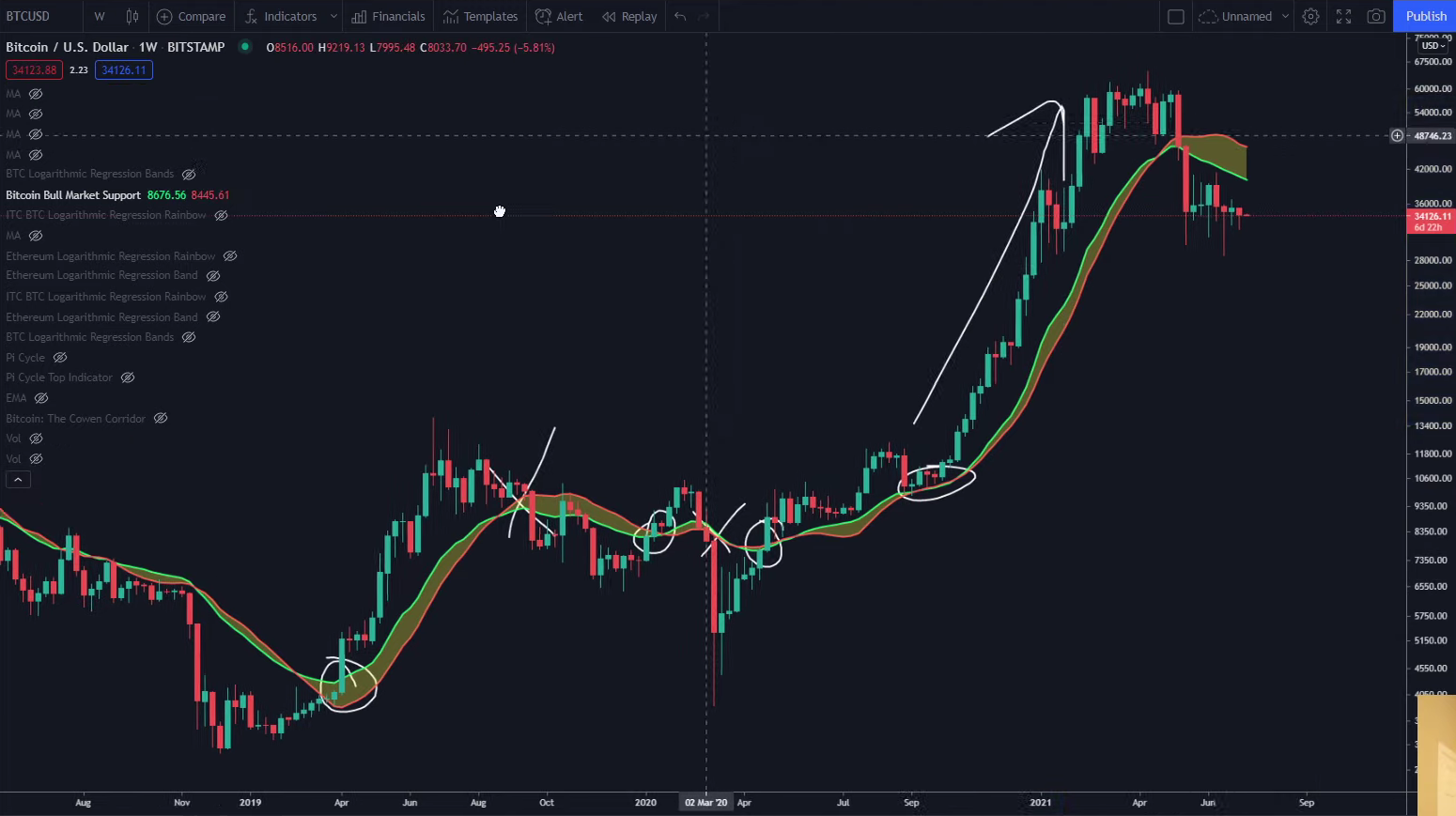 So where is Bitcoin headed?

As of press time, any immediate bull rally is out of the question unless sudden volatility acts in the market. The previous week saw Bitcoin close below the multi-week level, a range which was last observed at end of January 2021. Additionally, a downtrend could be observed on the daily chart. BTC is already in a downward wedge and seemed to be heading close to the upper trend line. Unless it tests it for support, this would only result in consolidation within the same wedge. Owing to these observations, Cowen said,

“I do think that it’s a little bit concerning that we are… you know still sort of in a downtrend.”

Although he said that this concern was not in a bad way, just a notable point. 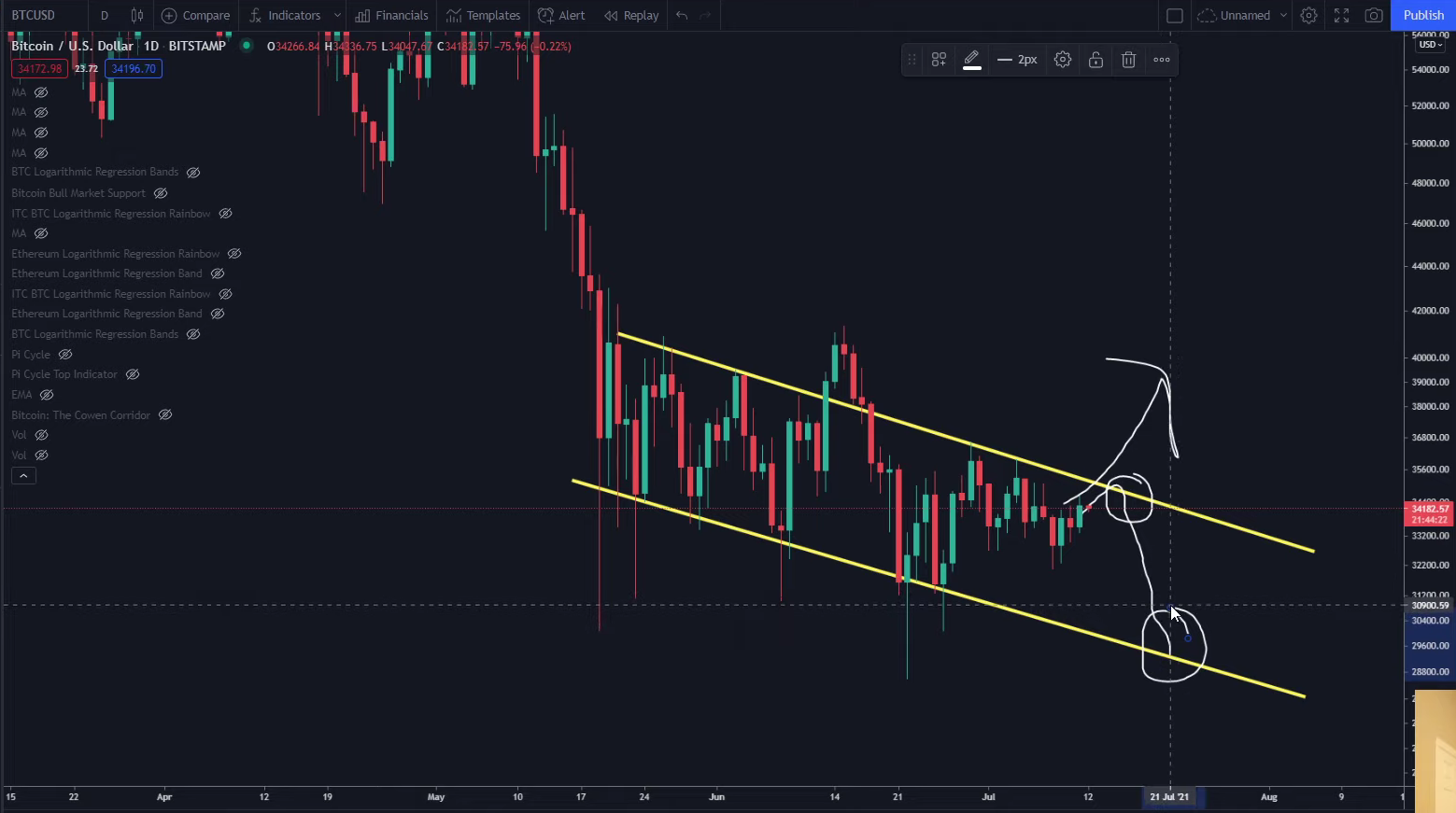 Finally, the Net Unrealized Profit Loss chart showed a consistent decline for Bitcoin, but the only good thing visible on it was the fact that the indicator still shows some Optimism in the market. 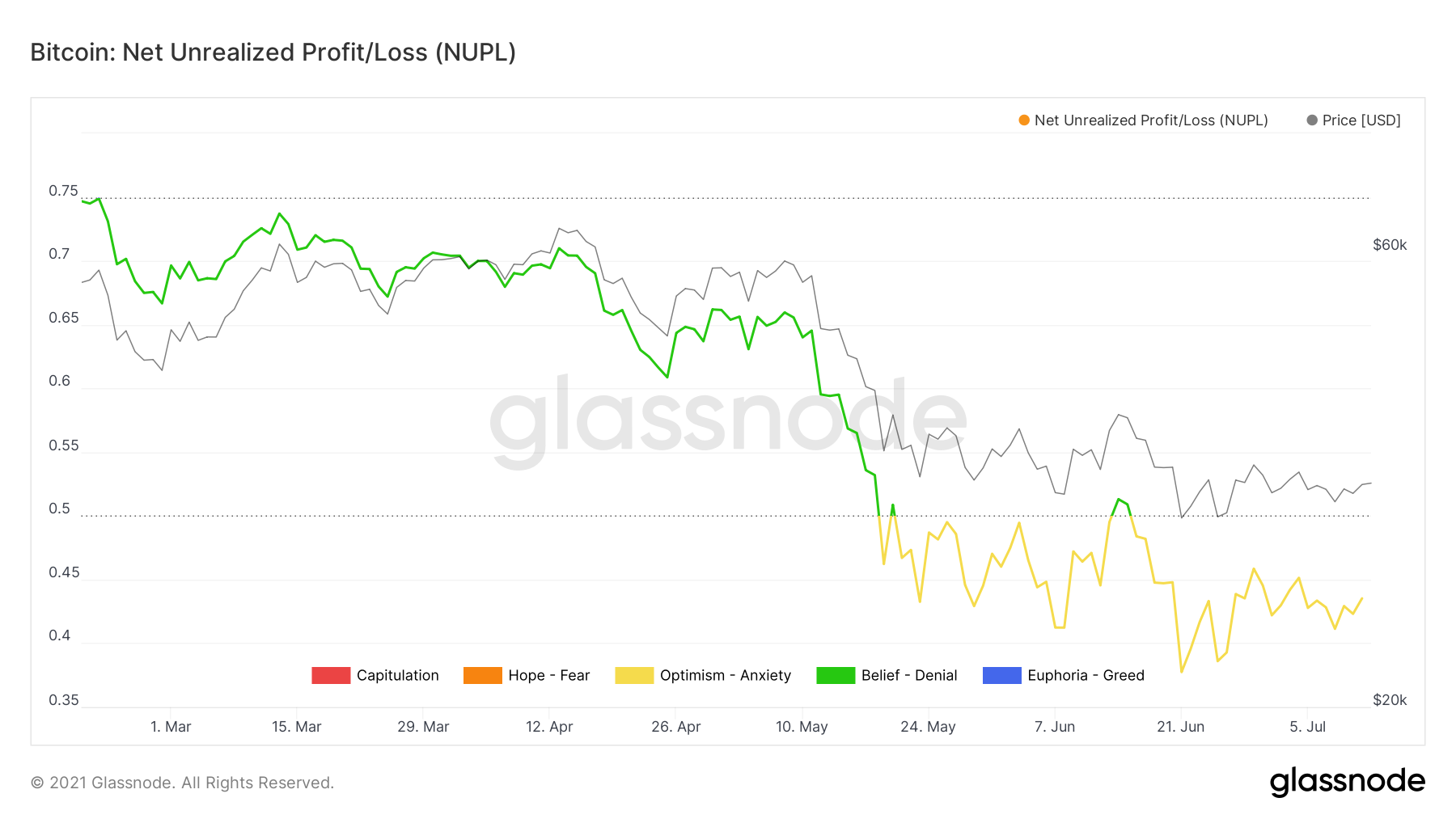 Thus, it is important to observe metrics before making any important investment decisions.

This UK payment provider made this move against Binance