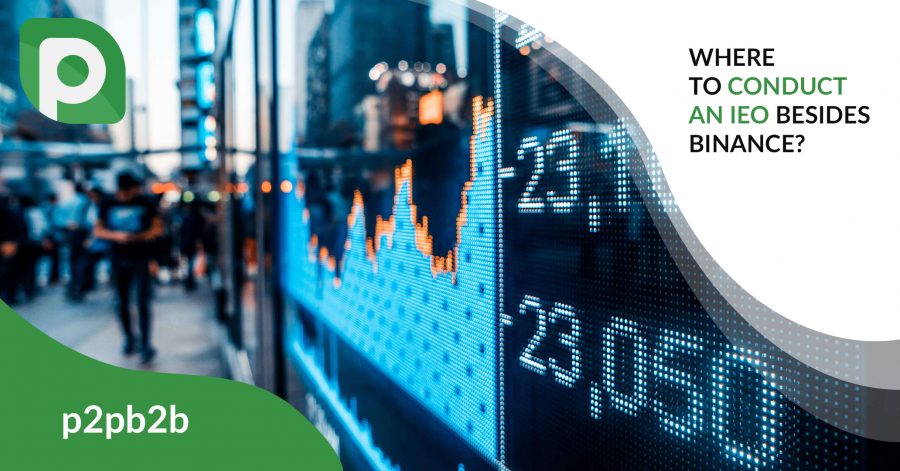 Now fundraising is available on one more crypto exchange. p2pb2b has launched its own IEO platform, and first fundraisers have already taken place.
Thus, Faireum project has raised $50,000 for the creation of a distributed gaming platform in less than a day. On April, 29 the second IEO stage of the project has begun.
All the necessary information about current and upcoming IEOs is available on the exchange’s official website. The CryptoAds Marketplace fundraised is scheduled for May 1, first Evedo IEO stage – on May 5, and Gexan – on May 10.
This new type of fundraising has many advantages that put the initial coin offer to rest forever. IEO is carried out on the exchange directly, and thanks to that you no longer need to look for a listing platform.
The coin immediately goes to the exchange where the fundraiser took place. This allows saving a lot of money given that now listing on major platforms can cost up to several tens of thousands of dollars.
Among other things, the exchange can help with advertising as well. Promotion of a product is very important. No matter how innovative the new technology is, without a proper marketing strategy you’ll never get people to know about it, which means that the project will hardly succeed.
p2pb2b offers their help to the companies which don’t have enough time or money on IEO promotion. For those, the exchange will develop a marketing strategy, run a PR campaign, and announce the IEO.
p2pb2b has 350 thousand subscribers only in social networks, while the daily trading volume makes $600 million, and the number of the users authorized is 102,000.
Also, p2pb2b offers some other services that regularly attract new investors to the platform. Those are AirDrop with free give-away of certain projects’ tokens, and Exchange allowing to convert money directly, without going through a trader’s account.
If you want to run your own IEO on p2pb2b, all you have to do is fill up the application form on the website. Then, if the project is approved by p2pb2b staff members, there is a contract to be concluded between you and the exchange. From the moment of submitting the form, it takes 3-4 weeks average to launch the IEO.
p2pb2b is among the top 5 exchanges by customer satisfaction, according to the data provided by Cryptocompare.com. It also ranks 19th by the trading volume on Coinmarketcap.com.