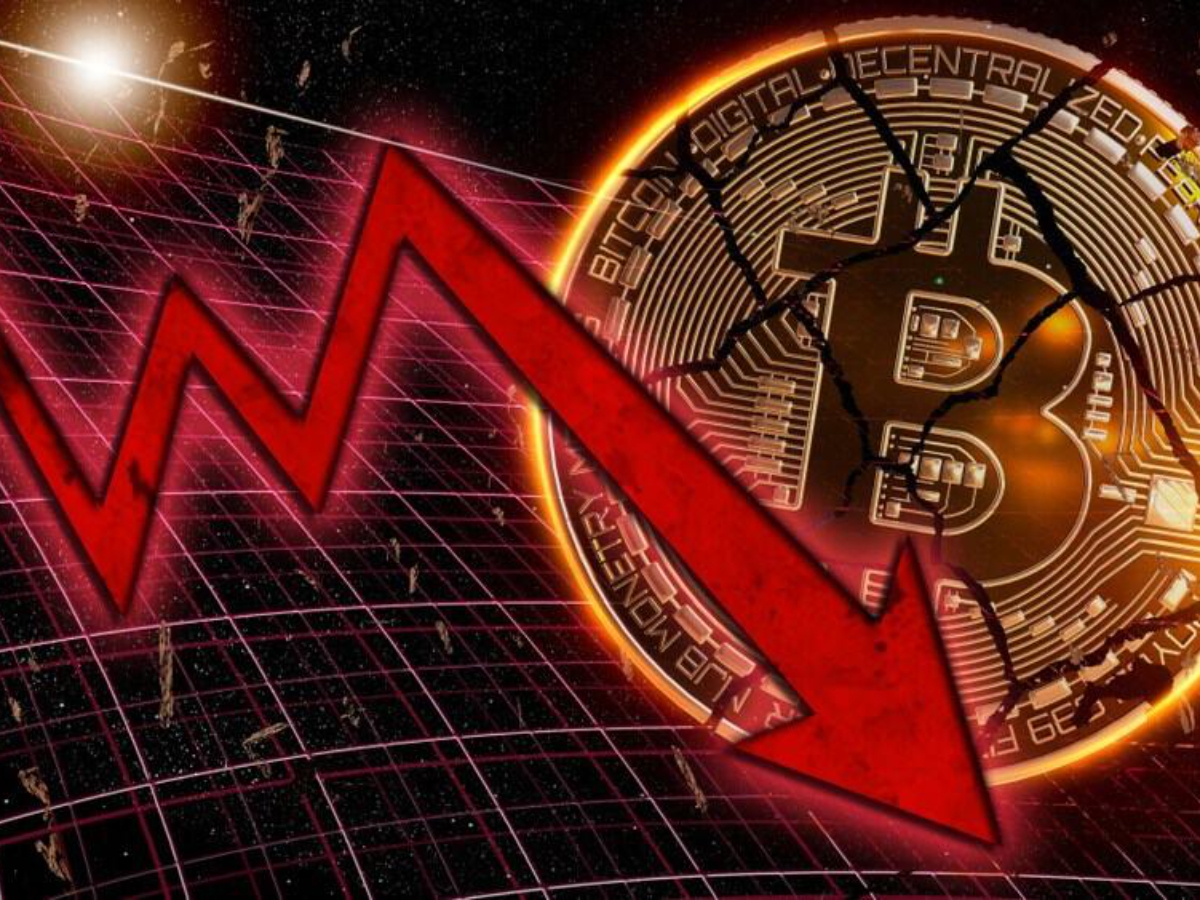 About three days ago many people considered that the Bitcoin market was recovering from the price fall. However, the actual indicators instead pointed towards an expected fall. Accordingly, investors were suggested against “buying the dip” for the next 72 hours. And, since the price fell down, the pertinent question remains-  how far will Bitcoin fall?

Surprisingly, over the last 10 days, BTC fell by 15.24%, with 11.1% of it coming in the last three days exactly. Even though at the time of analysis, the candle was green, investors should not be expecting the price fall to halt.

Curiously, price indicators still continue to remain bearish. The Awesome Oscillator in fact turned “bearish bearish” today as the bars flipped below the neutral line for the first time in a month and a half. 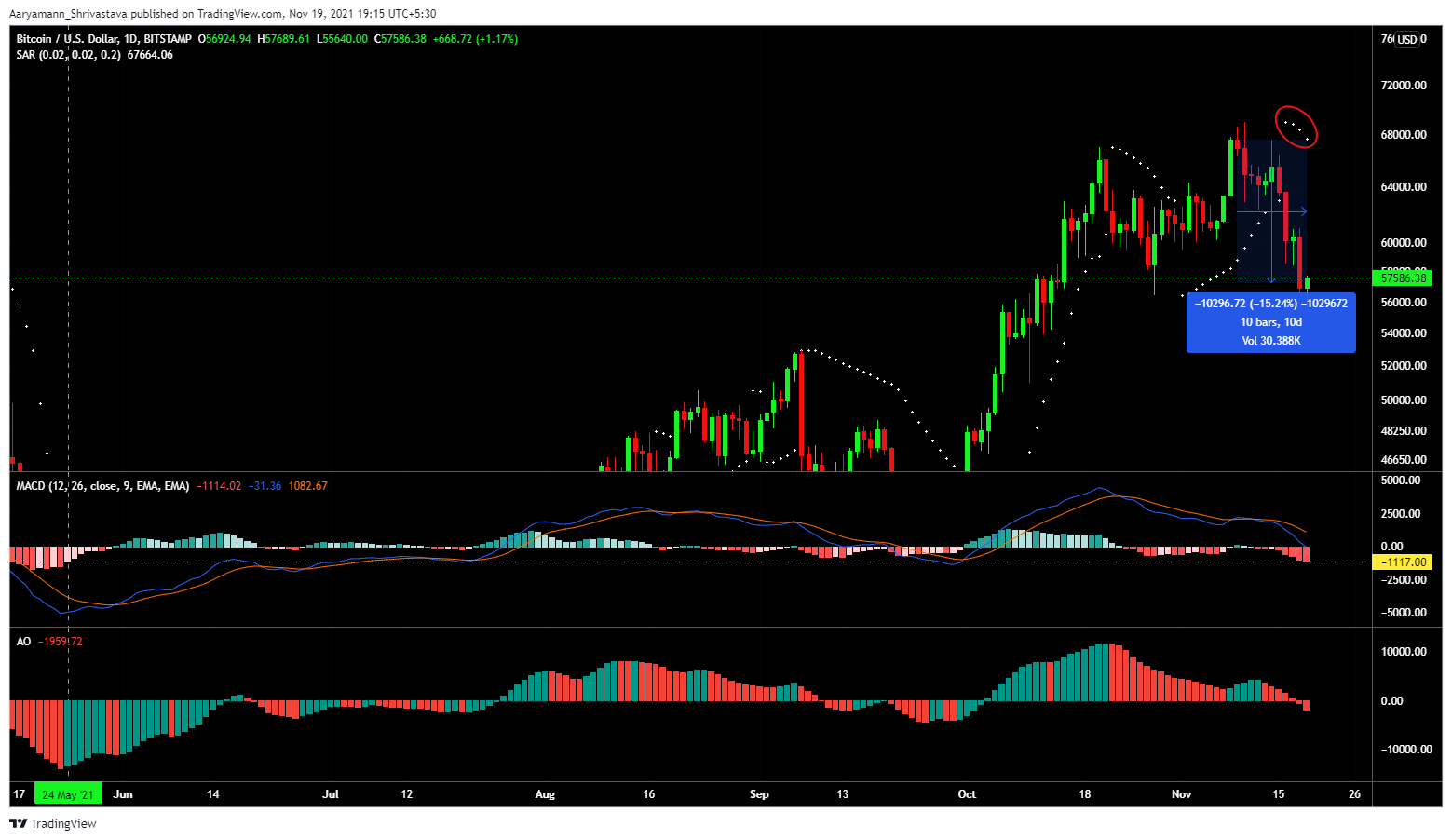 At the time of writing, the MACD indicator showed that the bearish momentum was getting stronger. Further, the indicator stood at the deepest level in the bearish zone for the first time in six months since May. And, the SAR dots remained above the candlesticks indicating active bearishness.

Well, another reason for the continued price fall is the consistent liquidations from investors with long liquidations reaching $533 in three days. 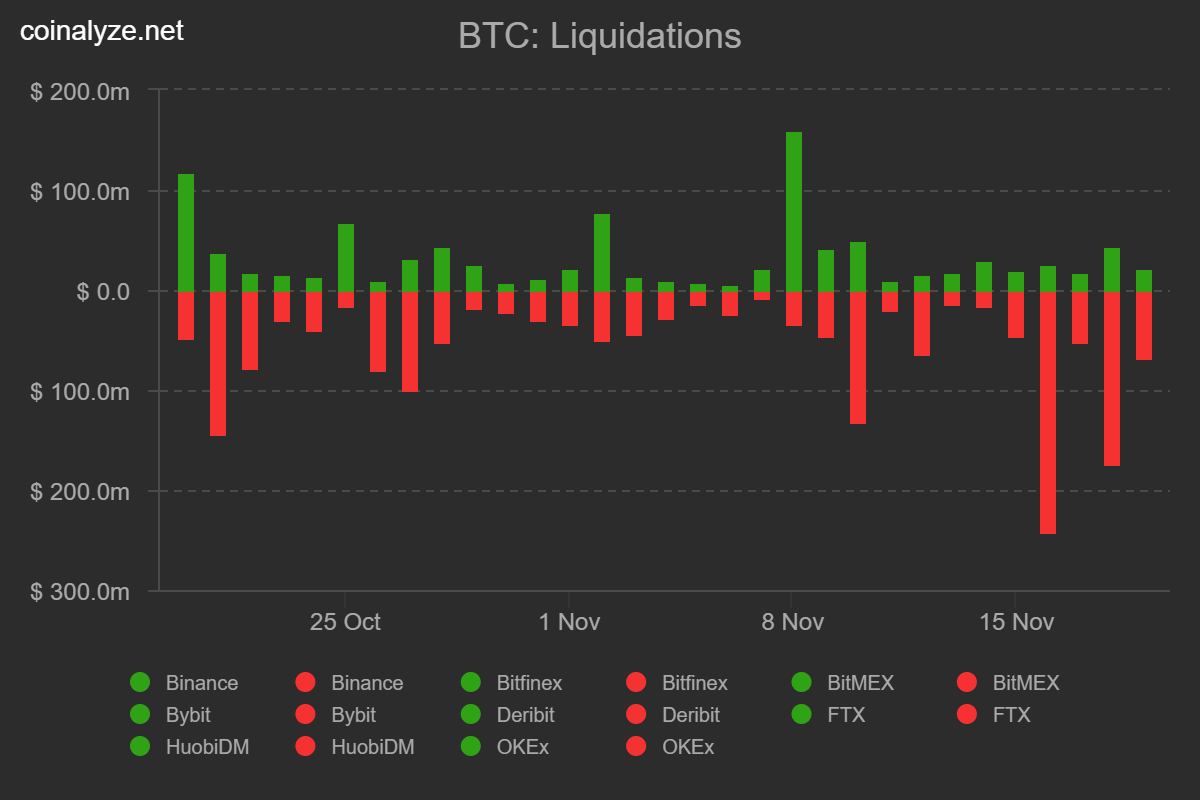 Due to this price fall whales’ became active as well and their transactions touched $7.4 billion. This is the highest movement the market has seen by Bitcoin whales since December 2017.

So, with next week’s expiry of 26 November, where 50.1k contracts are set to expire, 30k of them still remain optimistic of BTC reaching $64k and above. The remaining 20k puts contracts are pushing for $50k.

Looking at the probability index, BTC touching $50k has an 87% chance, whereas anything above $64k has less than a 13% chance. 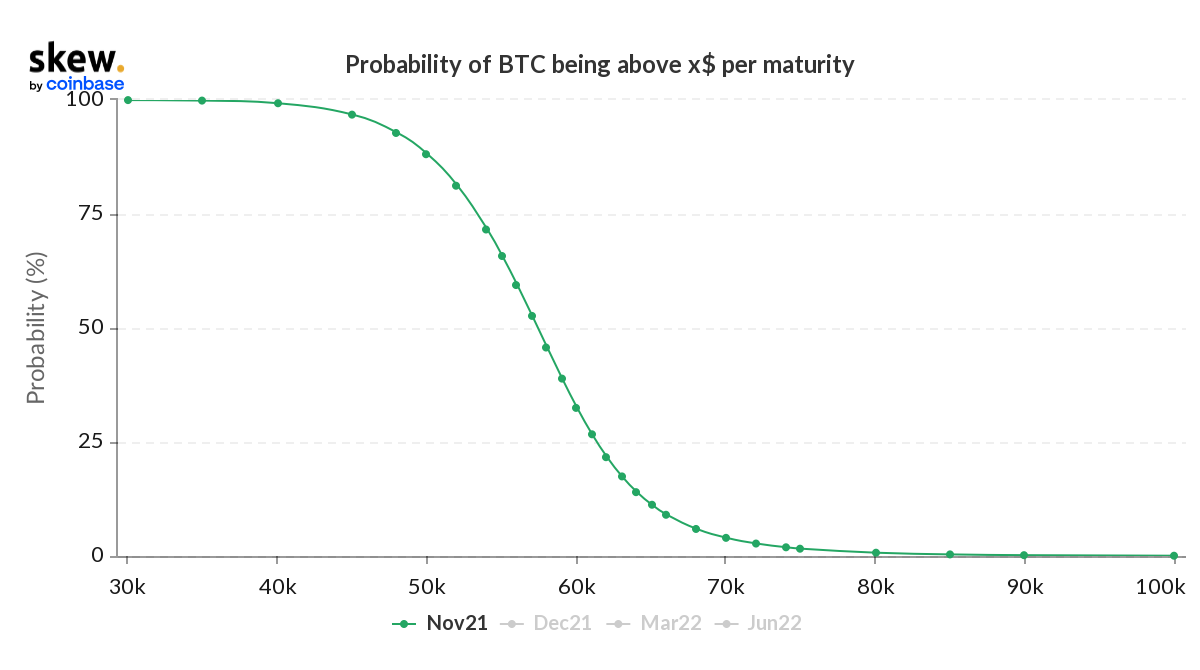 Probability of Bitcoin dropping to $50k is currently at 87% | Source: Skew- AMBCrypto

Thus, while the probability does support a $50k possibility, the market might save BTC from dropping so far.

While practically even a 10% drop would end up putting BTC at $50k. Now, if that drop ever happens it will be in the next seven days, if not then the market might recover.

While Chainlink prepares for recovery, long bets still not ideal; Here’s why