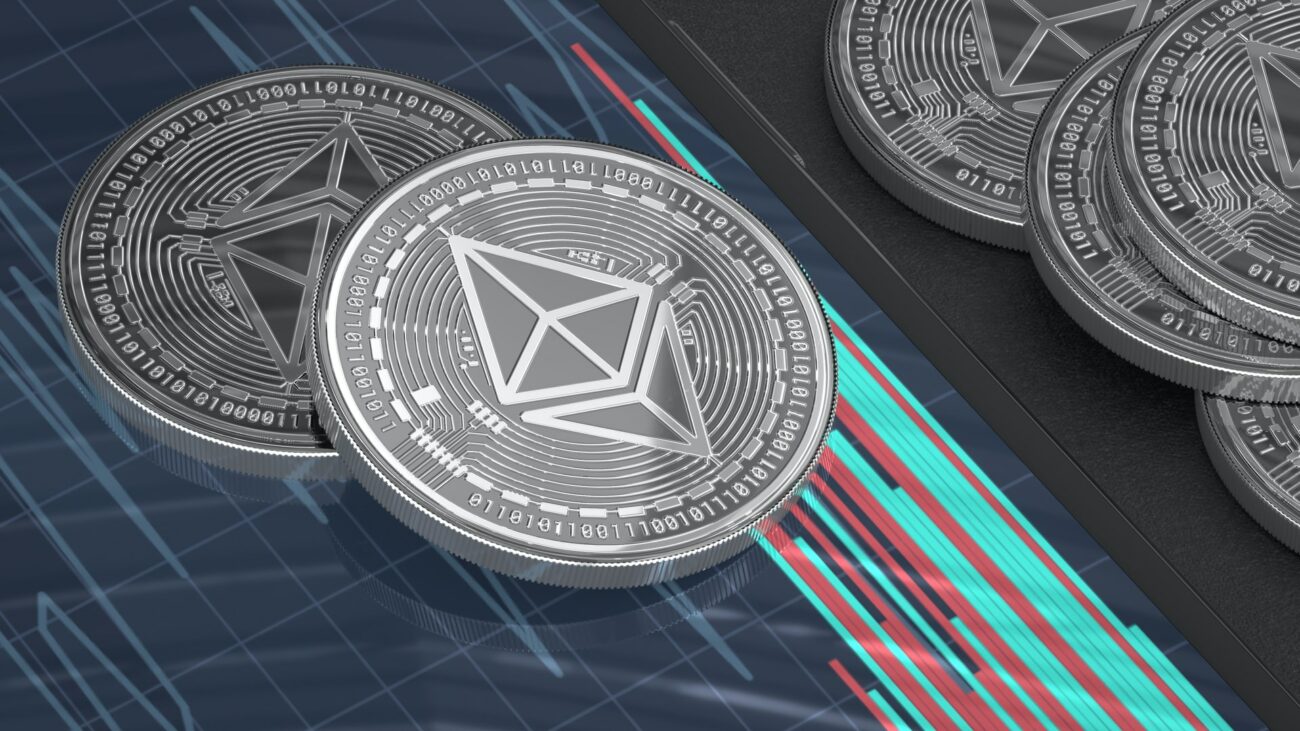 So, soon after Ethereum saw its highest weekly closing price of $4643 (vs USD on Binance) how did the top coin tumble? Well, the signs of a short-term bearish price turnover could be spotted before the price slumped.

Firstly, Ethereum was observing considerable consolidation after making an ATH of $4868 on 10 November. As the price candles on the daily chart closed in red for almost a week, ETH’s supply on exchanges also witnessed some sudden moves.

On 14 November, just a couple of days before the over 10% losses struck the top altcoin, over 100,000 Ethereum (close to $450 million) was withdrawn from exchanges.

Post this large withdrawal, the same could be interpreted in two ways. One, a long-term bullish perspective and the other, a short-term bearish scenario which can pretty much be seen now. The former scenario shows that there is demand for ETH from the bigger players at current price levels, which was a good sign.

The former scenario could be deduced keeping in mind that there’s a whale that’s done buying for now, which means if buying power falls, a short-term price fall could follow.

However, keeping the larger picture in mind, it could be noted that Ethereum’s supply on exchanges sat at 13% and saw a sharp fall alongside dropping prices. A year ago, this number sat at 23.29%, and the close to 50% fall in this number is indicative of ETH moving safely to cold wallets for DeFi-related activity and HODLing.

While there are some long-term bullish signs, there are persistent fears that ETH could retest the $4K mark as it tested the $4100 mark on 16 November. However, recently Ethereum saw one of its largest dormant circulation days of all time, with 1.82 million ETH moving addresses for the first time in five years. 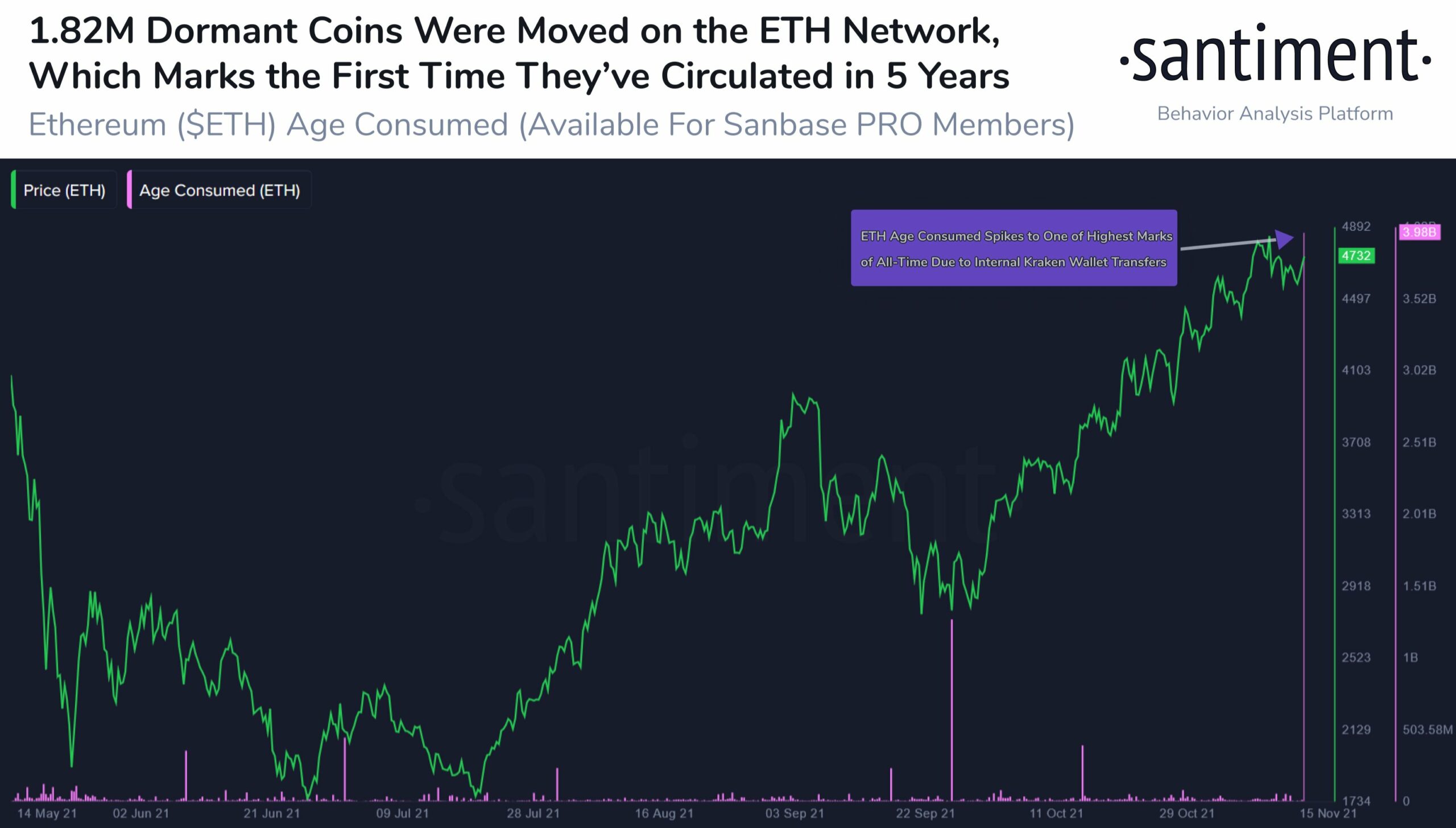 While this move could further cause subsequent price drops in the near future, as reported by Santiment, there wasn’t much to worry about. It seemed like the ETH movement is most likely due to internal transfers between Kraken wallets and wouldn’t cause heavy selling pressure, at least for now.

Furthermore, ETH’s correlation to BTC was heading for all-time low levels even though the two top coins took a tumble together. As seen below, previously all-time low correlation levels have been good for ETH’s price, as seen in April-end and June. 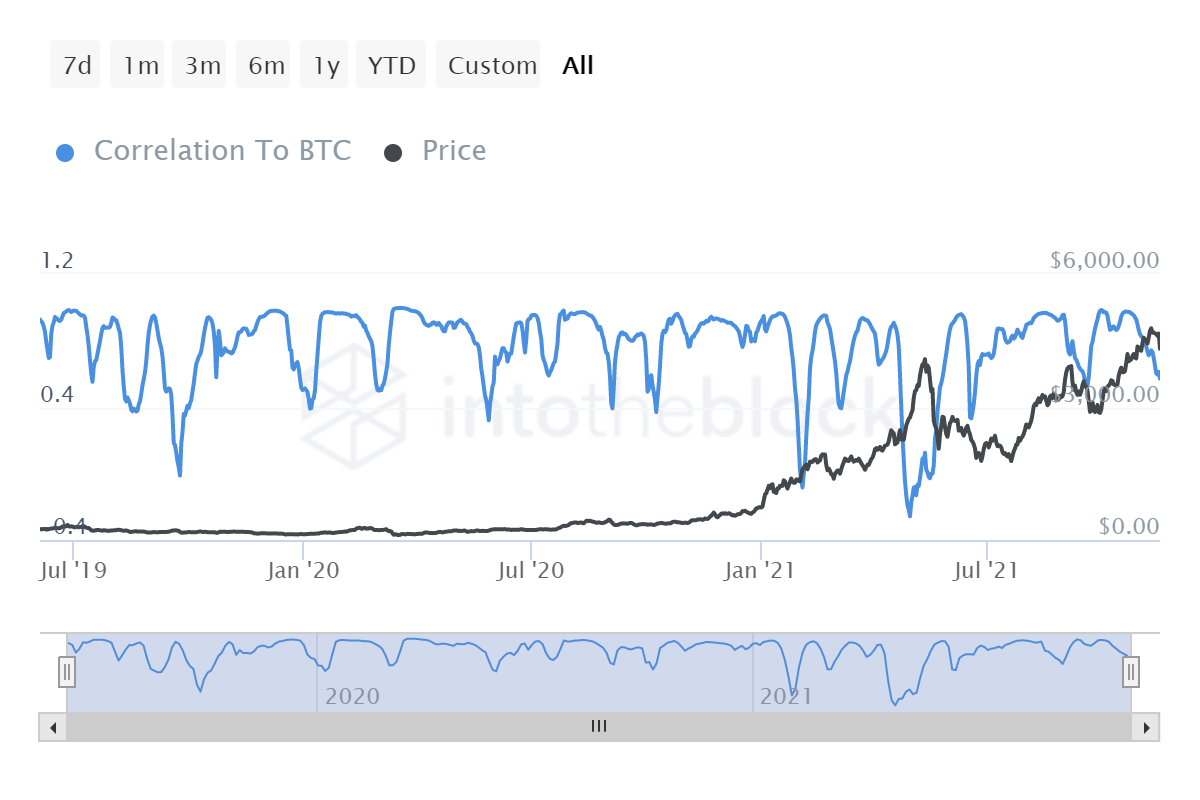 For now, however, as Bitcoin continued to fall the larger market looked weak, in terms of price. Ethereum’s price too seemed to be on a downtrend, as the coin’s daily RSI saw an almost vertical fall. Additionally, ETH’s price on a daily also fell below the MA 20, this will be a crucial level to watch in the near future and a move above the same could ensure recovery.

Related Topics:Bitcoin EthereumEthereum Hodlers
Up Next

Looking into reasons why U.S. may be better placed than the UK in the crypto race