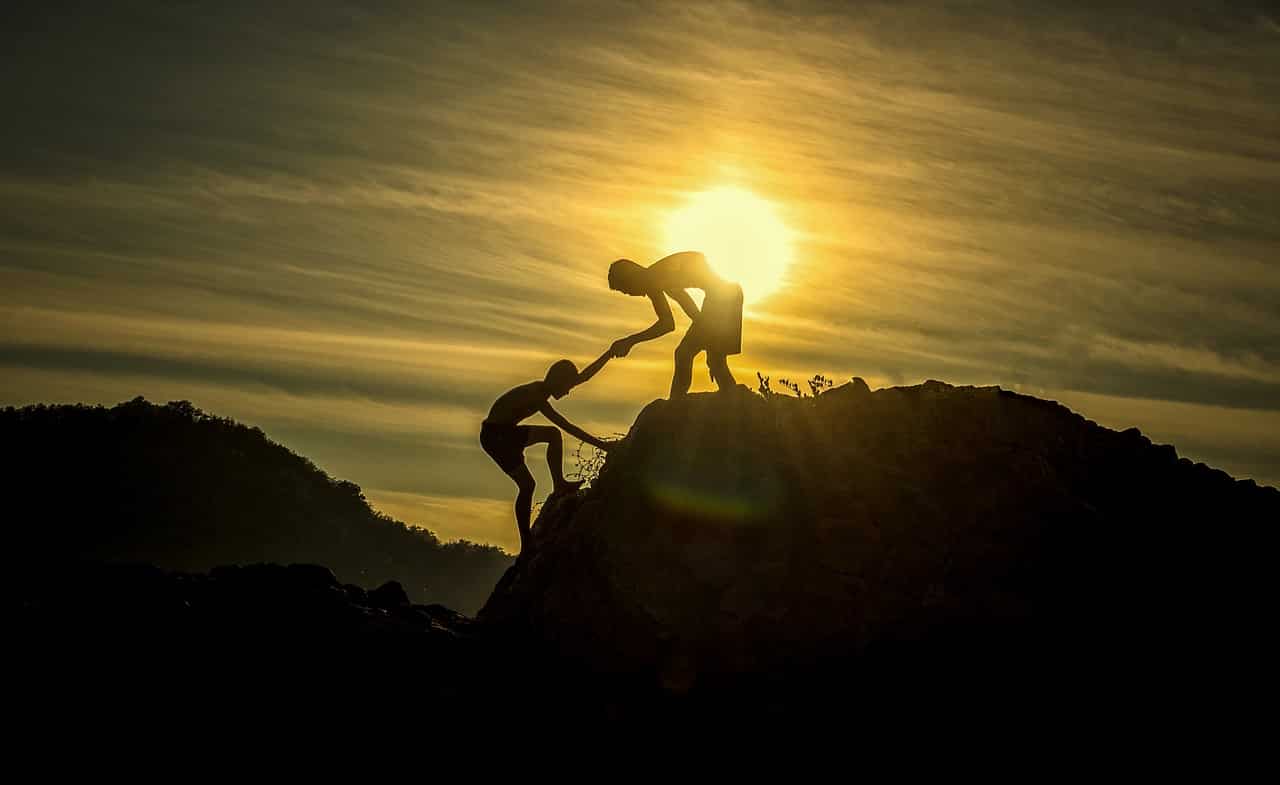 Roughly a week ago we saw Avalanche [AVAX] bounce back from its ascending support which is part of its wedge pattern. We also entertained the possibility of a breakout in case of a strong rally.

Fast forward to the present and AVAX did manage to achieve a healthy breakout above the lateral resistance line. However, its upside has been limited, judging by the subsequent pullback.

The slight retracement reflects the overall crypto market conditions but now the big question is whether it will extend its retracement or maintain the upside. 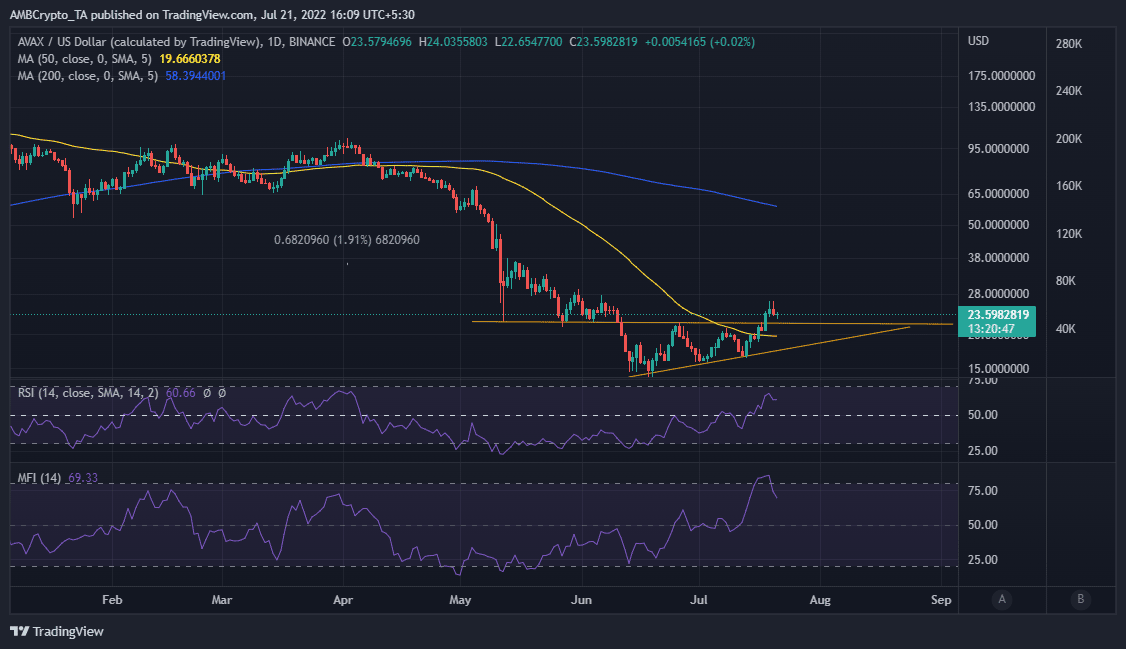 AVAX’s breakout is a good sign especially for the bulls because it means that the price has overcome a significant restriction zone. In order to understand its next move, we must understand the reasons for the latest price outcome.

Its current reversal occurred after its Money Flow Index (MFI) entered the distribution zone. An overall increase in selling pressure in the cryptocurrency market last two days has allowed the bulls to cool off after their latest assault. This robbed them of a chance to push a bit higher into overbought territory.

One key observation about the current retracement is that it is limited, suggesting that most AVAX holders have opted to HODL. This might be in anticipation of a deeper bullish recovery after bottoming out in June.

One reason why they might expect more growth is that Avalanche continues to achieve strong network growth.

Avalanche’s strong growth is courtesy of the strong development activity that AVAX maintained especially in the last four weeks.

This may have encouraged strong volumes to flow into AVAX and hence the rally, and its ability to maintain strong price action amid a pullback.

July has so far been a healthy month for the network. If we judge network activity by its NFT trades volumes, then Avalanche’s performance in June delivered on that front.

Avalanche’s NFT trades volumes saw explosive growth in the last two weeks. This outcome may have contributed significantly to the demand for AVAX.

The lack of an enthusiastic sell-off is a healthy sign that the sentiment is still in favor of the bulls.

AVAX’s price action is also backed by the healthy utility and strong growth, hence the future looks strong. However, investors should still watch out for short-term headwinds that may hinder the market from a quick recovery.

Chainlink [LINK]: Short-term investors could do this to avoid losses

South Korea: The LUNA investigation is leading the FSC to check…