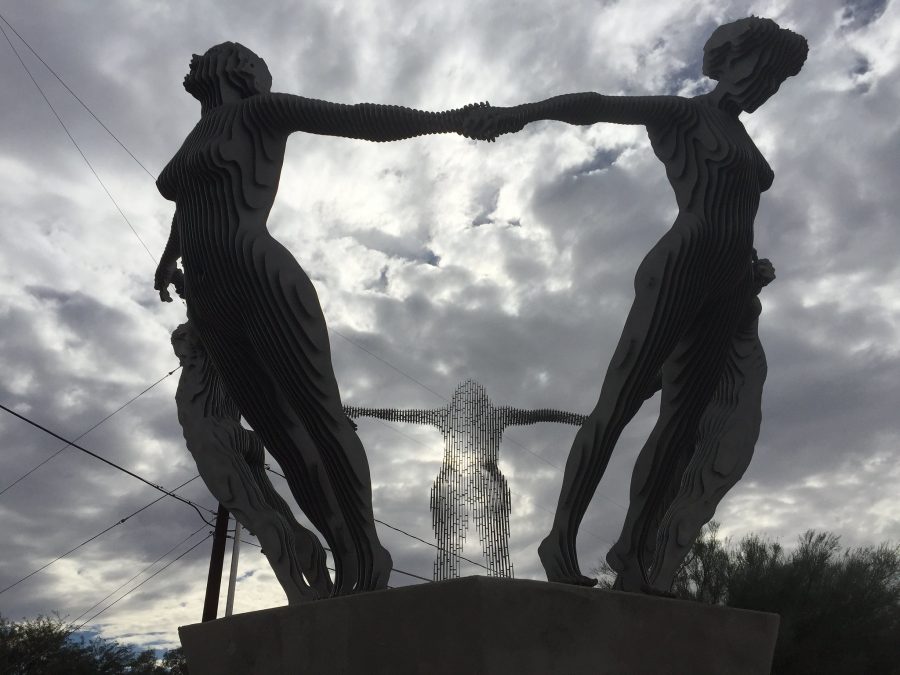 ‘Resist the urge to close down positions. If you have the emotional and financial resources, go the other way’… this is a trading mantra that’s echoed on several platforms for several assets. In bitcoin, ‘HODL’ has become the go-to phrase during every bitcoin correction.

Bitcoin, at the press time, was trading just below the $36k with a price correction of about 2% in the past 24 hours.

According to Pantera CEO, Dan Morehead, ‘NOW is the time to purchase and hodl,’ BTC holdings (for new investors).

“For new investors, it’s best to buy when the market is well below trend. Now is one of those times.”

According to the latest June investor letter, ‘Bitcoin traded 36% below its 11-year exponential trend. Bitcoin has only spent 20.3% of its history as far under trend valuation.’ 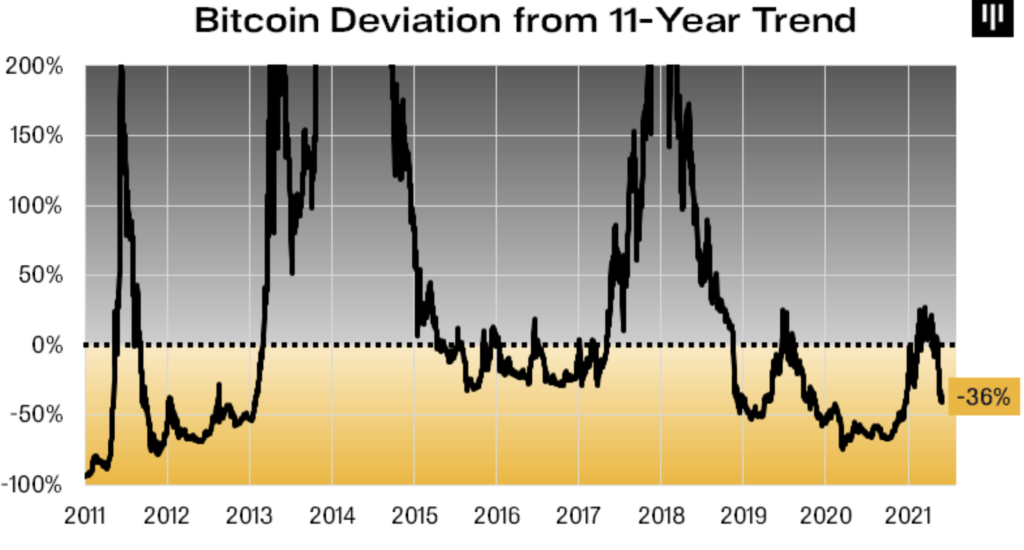 One of the main reasons why Morehead suggested the new investors to “buy when the market is below trend”was because of bitcoin’s YOY return. 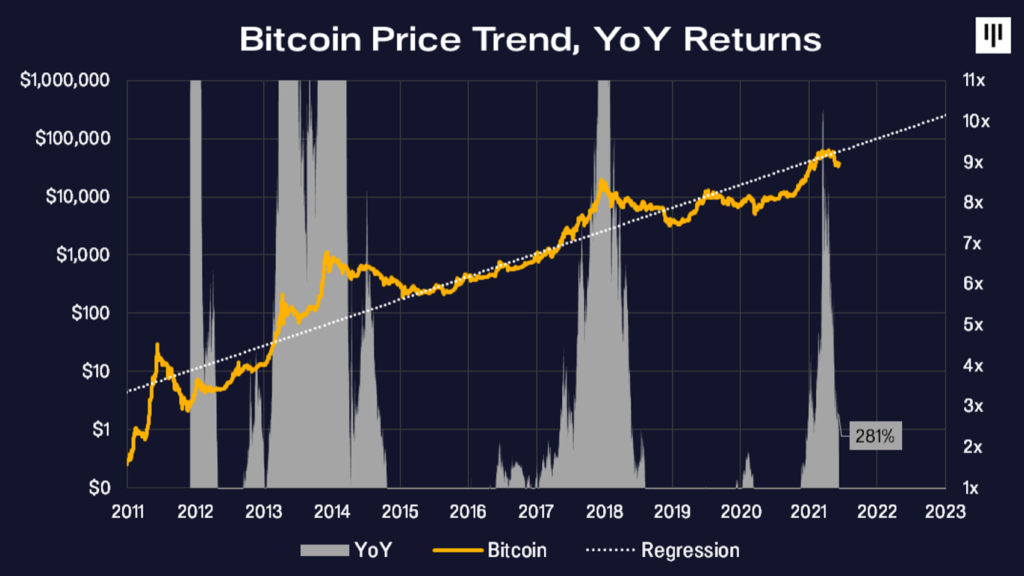 According to the aforementioned illustration,

“The year-on-year return never went literally off-the-chart like in past peaks. It’s currently trading at 281% year-on-year — which seems entirely plausible given the money printing that has occurred in that period.”

Referring to human nature as ‘Pro-Cyclical,’ Morehead reiterated the urgency to HODL. He added that market participants should- “go against the urge” to sell and instead buy bitcoin while the market was “below trend.”

The fear gripping the crypto traders mainly stems from one factor, i.e. its volatility. However, Morehead added,

“a convergence of elements has caused the blockchain markets to drop sharply but the volatility has presented a very compelling opportunity.”