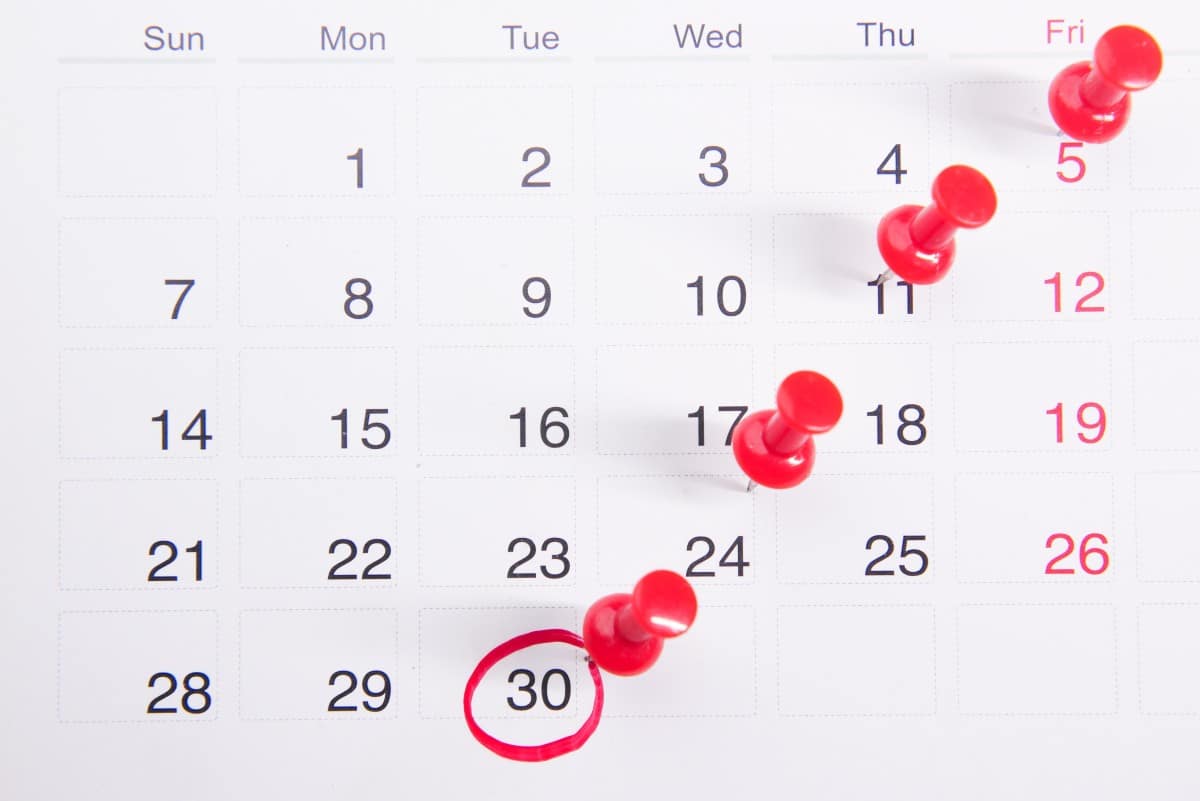 As June ended, crypto service providers embarked on assessing the performances of various platforms. One leading platform that recorded disappointing numbers in the last 30 days was the Ethereum Name Service [ENS].

The domain name service provider saw an index of 122,000 new .eth registrations in June. These represented a 66% decline from the 365,000 .eth registrations recorded by the platform in May. Furthermore, between May and June, its protocol revenue saw a 65% drop. In May, the platform recorded 3,900 ETH in fees paid to process transactions on it. However, in June, this too dropped to 2,500 ETH.

Additionally, the domain name service provider noted that in June, 25,000 new ETH accounts held at least one ENS name. This was a 128% decline from the 57,000 recorded in May.

With this general decline within the ENS ecosystem, how did its native token, ENS perform in the last month?

We all fall down

As per data from Santiment, the price per ENS token registered a 29% decline in June. The token started the month with an index price of $11.8. However, as the month progressed, the price of the token declined gradually and marked a spot at $8.35 at the time of press.

Within the period under review, the token’s market capitalization also dropped. At $169.22 million at the time of writing, a 41% decline was registered in the last 30 days.

Moreover, according to data from CoinMarketCap, the ENS token posted a price decline of 0.29% in the last 24 hours. At the time of writing, the selling pressure was high, with the Relative Strength Index (RSI) spotted in a downward curve at 40.30. 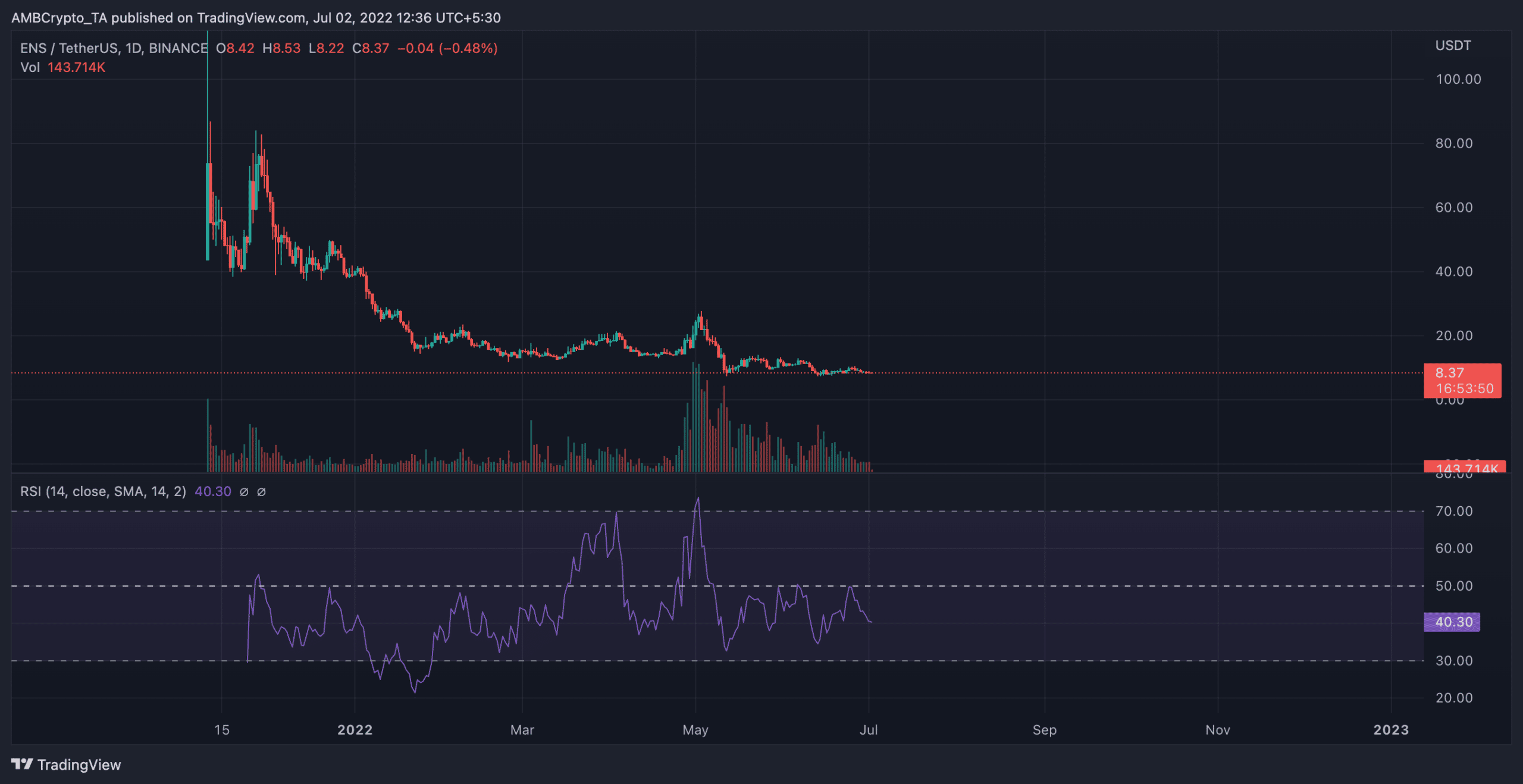 It’s not just the price anymore

Over the last 30 days, the number of unique addresses that transacted the ENS token also witnessed a steady decline. After touching a high of 505 on 13 June, the number of daily active addresses on the network embarked on a downward run to touch 121 by press time.

The percentage supply of ENS tokens held by the whales also witnessed a 4% decline in the last 30 days. This number stood at 44 at the time of writing.

In fact, the aggregate amount of ENS tokens across transactions that happened in the last 30 days touched a high of 1.66 million on 21 June. Since then, it has declined by 59%. At press time, this number was spotted at 668,000.

Synthetix: Days after $18m worth of selling, is SNX preparing for recovery