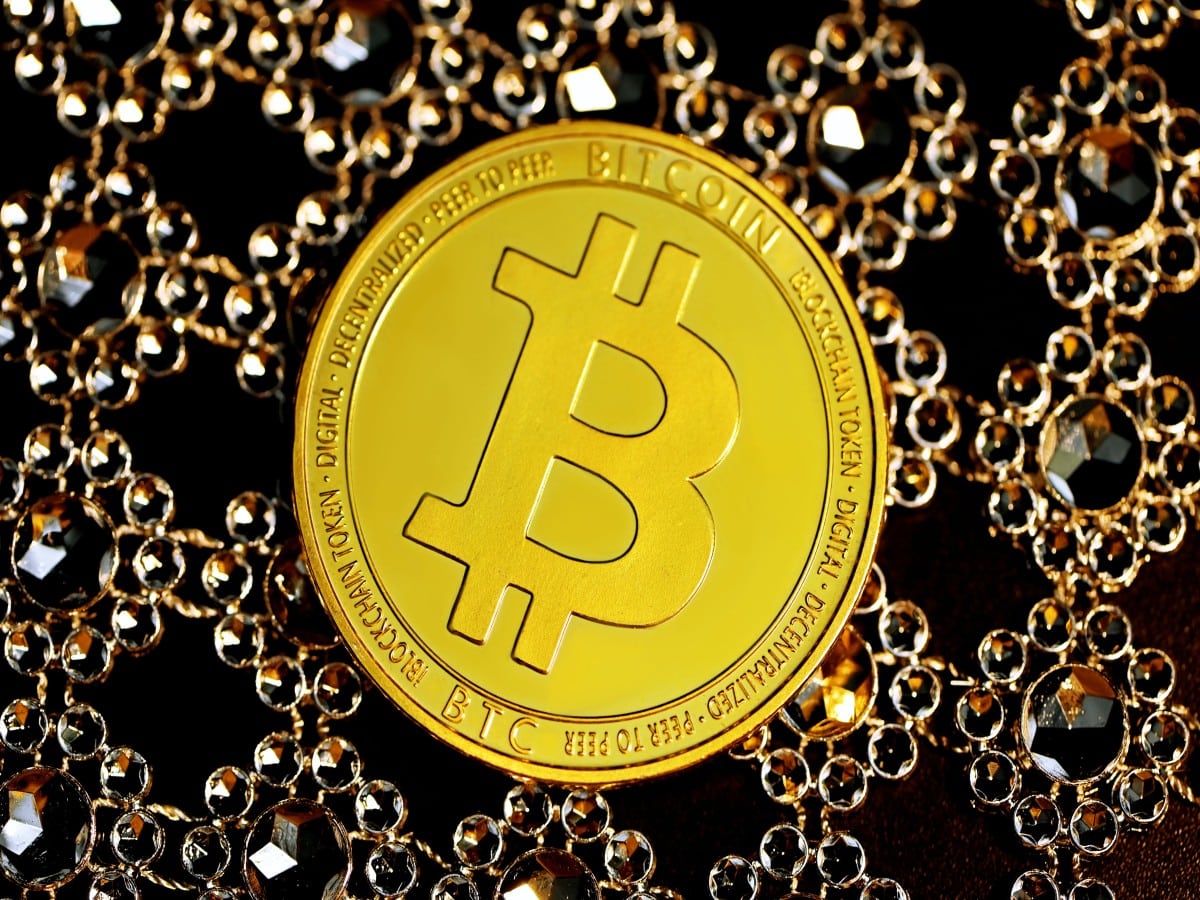 An assessment of Bitcoin’s [BTC] buy volume momentum revealed that a further fall in the leading coin’s price was imminent, according to CryptoQuant analyst Ghoddusifar.

According to Ghoddusifar, in past market cycles, the growth in BTC’s buy volume momentum preceded an eventual uptrend in its price. An assessment of the metric assisted investors in the past cycles when BTC’s price was about to rise.

“One of the good tools that can determine the uptrend is the volume of buyers. The buy volume momentum shows the increase of buyers in the market. Examining this momentum in the past cycles shows that it has been able to predict well when the market is on the way to starting an uptrend.”

In the current cycle, BTC buy volume momentum has continued on a downtrend, indicating that one should expect a further fall in the king coin’s price.

Bitcoin accumulation not slowing down

On-chain data revealed that the shark and whale addresses holding 1 – 100,000 BTC rallied by 5% in the last month. Even while BTC traded at a two-year low following FTX’s fallout, these investors remained resilient.

A look at BTC’s exchange activity pointed to decreased sell-offs as the market regained its calm following FTX’s collapse. As of this writing, BTC’s Exchange Net Position Change was spotted at -172,000.

While this meant that few BTC had been sent to exchanges to sell off, it also showed a sharp increase in the number of BTC held in self-custody after FTX collapsed. 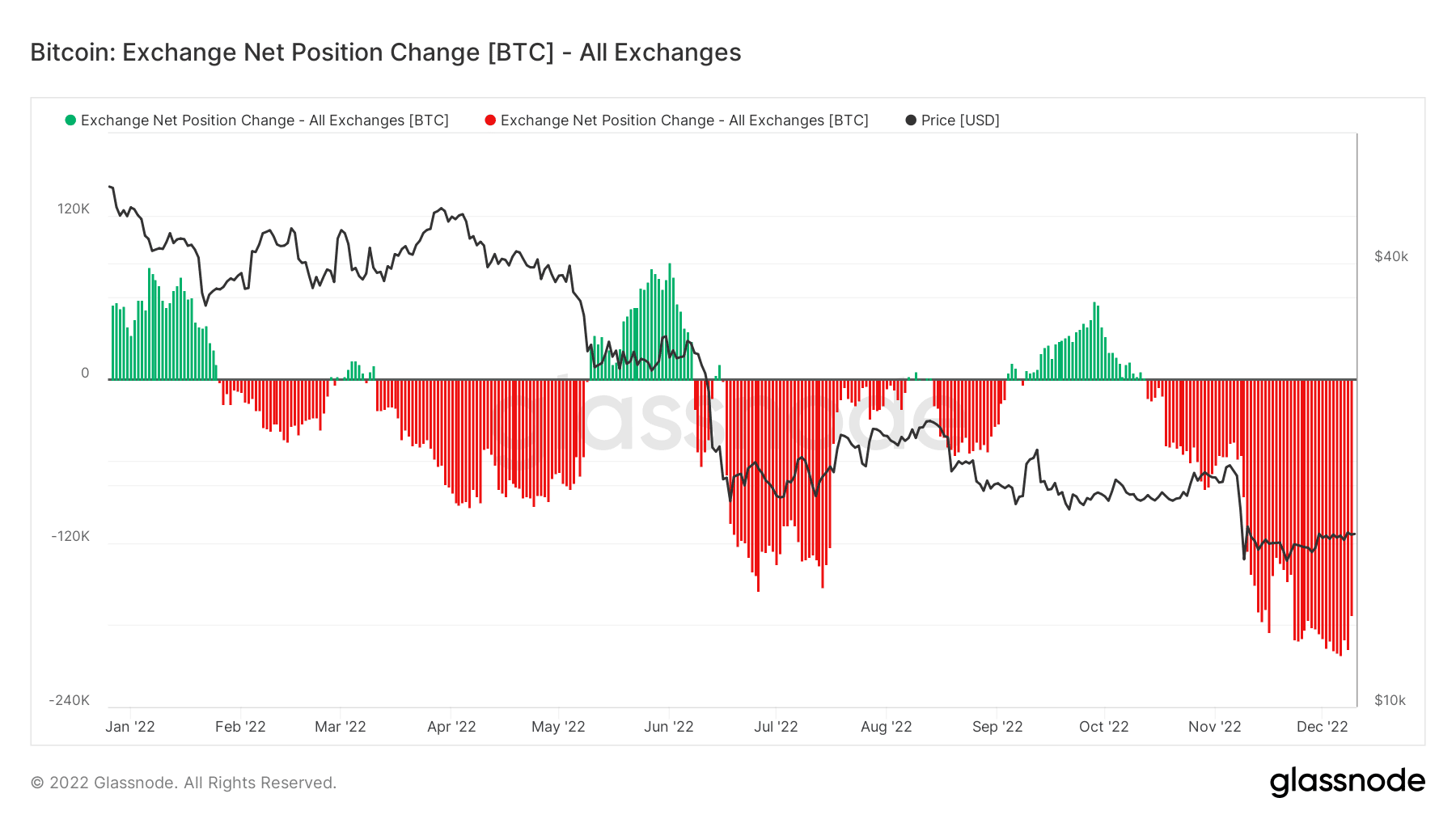 Furthermore, BTC accumulation grew even though BTC holders mostly logged losses on their investments in the last month. An assessment of the king coin’s Realized Net Realized Profit/Loss confirmed this. With many holders still at a loss at press time, BTC’s realized net profit/loss stood at -$322.07 million. 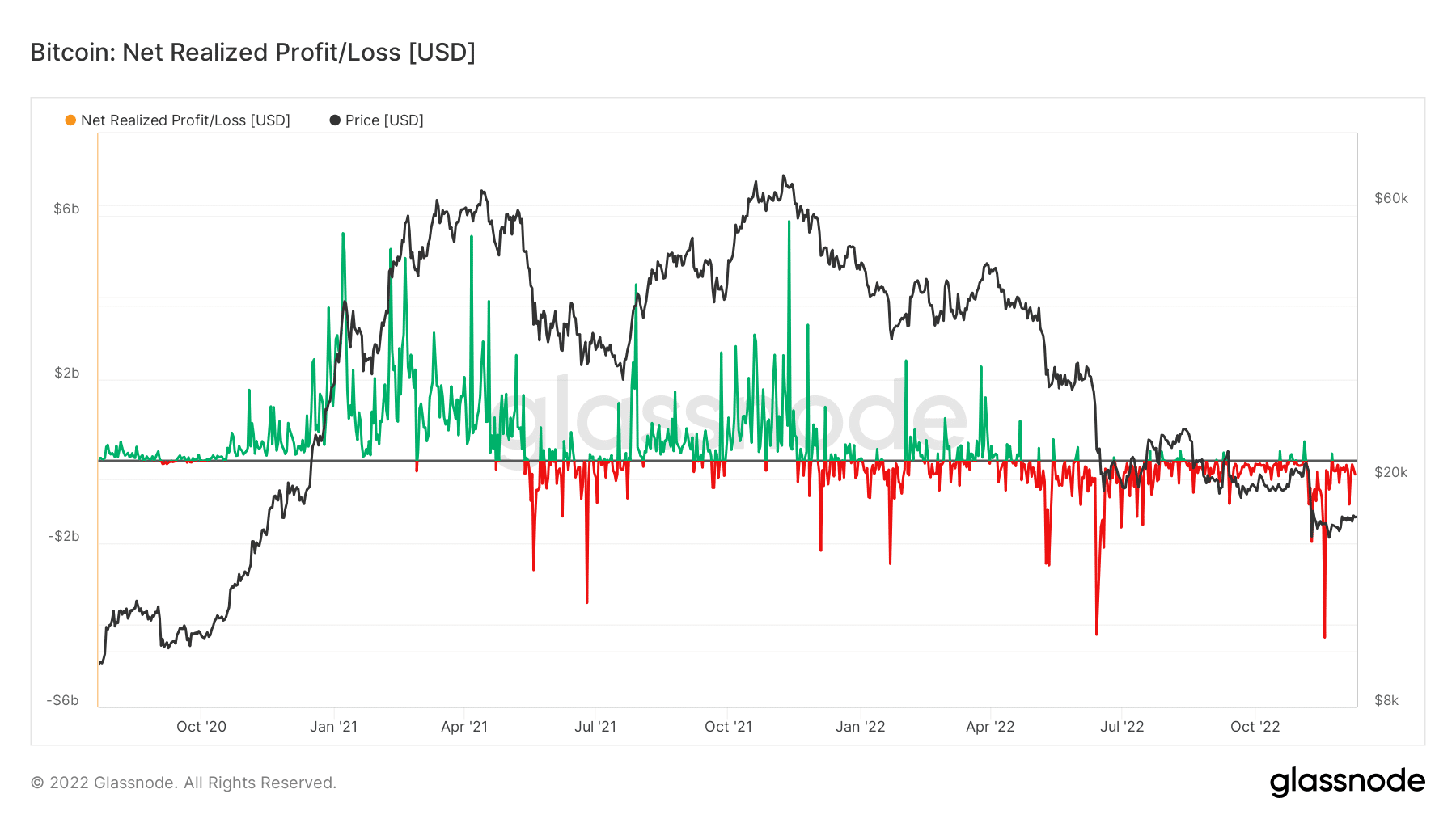 Although sell-off momentum declined steadily, BTC continued to be trailed by negative sentiment. Per data from Santiment, since FTX’s collapse, weighted sentiment for the king coin rested below the center line. At press time, this stood at -0.737.