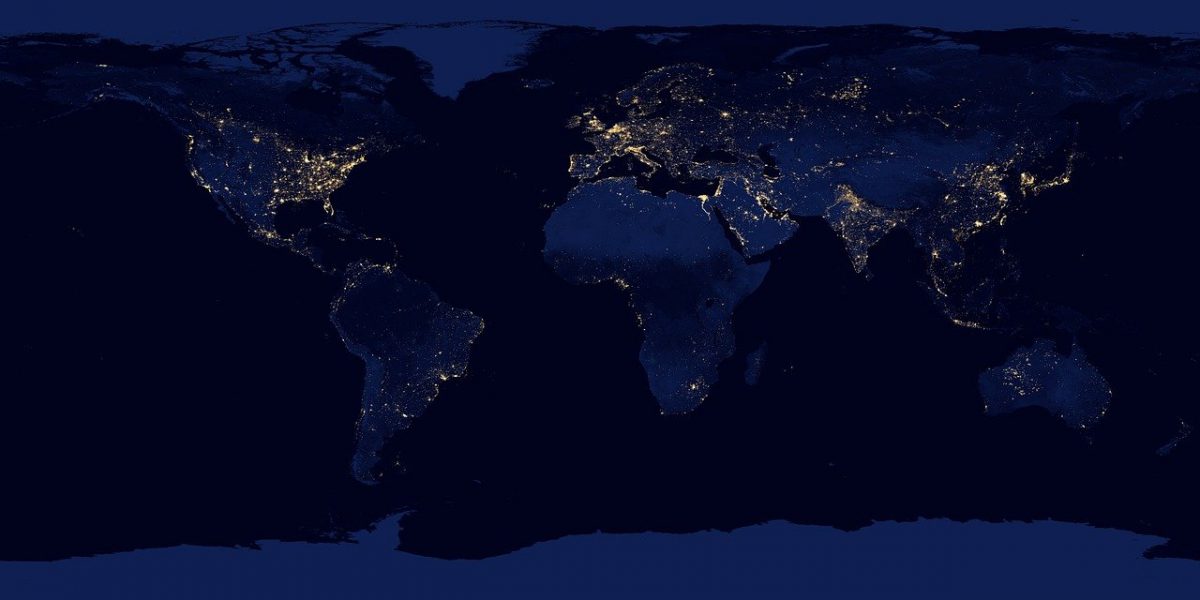 From January to December 2020 – How have crypto-regulations evolved this year?

2020 will always be known as the year the COVID-19 pandemic reshaped the way we as humans function and interact with the world. For most in the crypto-community, however, this was also the year the world realized the true potential of cryptocurrencies. With stock markets and crypto-market alike being hit by a dramatic fall in demand and supply, recovery took a long time for the former. However, not for crypto.

The world’s oldest and largest cryptocurrency, Bitcoin, bounced back from the aforementioned drop. As Bitcoin’s recovery gained momentum, along with Gold, the discussion around it being “digital gold” and a store of value once again gained steam. However, this time around, the discussion was being held on mainstream platforms. While the mainstream media was discussing Bitcoin and its value, Google trends indicated that ‘Bitcoin’ search also spiked in 2020 and reached a peak when the asset’s value topped on the charts.

With the world now seeing Bitcoin and cryptocurrencies in a new light, let’s have a look at how different countries have reacted, in terms of regulations, in 2020.

Blockchain rules in China, but cryptocurrency has been kept at an arm’s length for now.

China has been among the very few countries that have begun researching and understanding the potential of cryptocurrencies. However, it soon realized that the only means a cryptocurrency can flourish in the country is through a state-sanctioned and controlled method.

As noted by a post in the Library of Congress,

2020 saw China cracking down on various crypto-exchanges. For instance, OKEx, a prominent cryptocurrency exchange, was under investigation for nearly a month, after which it was given a clean chit. However, since then, crypto-exchanges and users have been warned about trying to diversify their holdings in exchanges.

Contrastingly, China’s Central Bank Digital Currency [CBDC] has been leading the front. Dubbed “Digital Currency Electronic Payment [DCEP],” China launched it for one of the largest real-world experiments in several cities over the last few months. By May 2020, the country had filed for more than 120 patent applications for its digital currency, beating any other country.

On 4 December, Hong Kong Monetary Authority (HKMA) Chief Executive Eddie Yue had stated that the People’s Bank of China [PBoC] and HKMA were working to test the use of this digital yuan for cross-border payments.

With the noose around other cryptocurrencies and businesses remaining tight in China, it is striving to become the first country to launch its state-backed crypto. In light of its pace, it might as well be so.

Businesses based in the United States have been keenly following China’s progress. Ripple’s Chief Executive Officer Brad Garlinghouse, for instance, has time and again tried to voice concerns about the United States’ restraint in regulatory clarity, while China is en route to launch its state-backed “cryptocurrency.”

There have been different definitions of cryptocurrencies in the country, and while the Financial Crimes Enforcement Network [FinCEN] did not consider cryptocurrencies as legal tender, its growth has not been stifled. Businesses, mainly cryptocurrency exchanges, still have a long way to go since many need to re-work their law compliance policies, otherwise, they could be on the receiving end of a long list of lawsuits. The example of BitMEX is pertinent here. Soon after the exchange was charged by agencies, it had to make major changes to its leadership.

With compliance being the major issue highlighted in the U.S in 2020, a recent bill introduced to protect consumers has the crypto-community up in arms. Dubbed the STABLE Act, the community has been opposing the bill as many claim it will place power back in the hands of banks and not the people, as they intend should be.

While it is still in its early stages, representatives from the community have urged lawmakers to include them in the decision-making, even though concrete steps in this direction are yet to be taken. In fact, the lack of a 60-day comment period on the latest FinCEN-proposed rules is a case in point.

Until last year, Iran was considering investing in cryptocurrencies and blockchain to avoid sanctions. The country has since authorized crypto-mining, while also announcing its Crypto-Rial.

However, in May 2020, parliament prohibited individuals from using cryptocurrencies. Policymakers, reportedly, have been facing a tough time understanding the technology. This hurdle presents itself, despite organizations like the Iranian Blockchain Association and less formal groups including researchers and investors.

In June, a member of parliament from Tabriz, Mohammad Hossein Farhangi, had urged the central bank to take crypto seriously and analyze its potential economic opportunities for the country. Even though the status of mining in the country has remained questionable, many have been charged for mining illegally this year. However, June 2020 saw a flip-flop, with mining operations once again legalized and charges against the miners dropped.

According to reports from September 2020, the country has now revised its crypto-regulations to require licensed Bitcoin miners to sell their coins directly to the central banks for use to fund imports. However, many believe this revision is vague and ambiguous.

However, as per a recent update from November, the U.K. Treasury Department is researching use cases for a central bank digital currency [CBDC]. A regulatory proposal for private stablecoins is also in the works, according to the Chancellor of the Exchequer Rishi Sunak.

Even though no more information was provided on the regulations, the update did note that its CBDC will also have to meet the same minimum standards that will be levied on other payment methods.

UAE has been actively working towards developing its blockchain ecosystem over the years. The Security and Commodities Authority [SCA] released crypto-assets regulations in 2019, providing required clarity in the region. While this was looked upon as a piece of good news for innovation to flourish, the Central bank in December 2020 clarified that it has not legalized crypto yet.

This clarification by the Central Bank of the UAE [CBUAE] followed the issuance of its recent Stored Value Facilities [SVF] regulations in November. The new SVF regulations repeal and replace 2017’s SVEPS Regulations governing digital payments business in the UAE, and streamlines the applicable regulatory framework.

CBUAE is also in the process of issuing the Retail Payment Services Regulation, one aimed at defining the regulatory treatment of crypto-assets. The central bank further clarified that the SVF regulations are aimed to license entities who issue or provide SVFs in the country. Currently, the only legal tender in UAE remains the UAE Dirham.

After issuing a warning against the use of cryptocurrencies in 2017, the country moved towards legalizing Bitcoin and crypto-mining in 2020.

In November 2020, the Central bank clarified that it was not banning crypto, contrary to the prevailing fear within many in the crypto-community. In fact, Pakistan’s Securities and Exchange Commission [SEC] published a position paper on the regulation of cryptocurrency trading platforms. This paper outlined the regulatory approach to crypto and included recommendations given by the Financial Action Task Force [FATF], as well as regulations presented by Malaysia, Hong Kong, and the U.S.

Soon after the said development, a provincial assembly of Khyber Pakhtunkhwa, one of the four provinces in the country, announced the passage of a draft resolution on 2 December. This resolution demanded the federal government take steps towards legitimizing crypto and mining activities.

As is evident, most of the aforementioned countries are going through different phases in the quest for recognizing and legitimizing cryptocurrencies. While some are way behind, others have a long way to go. What is clear, however, is that 2020 has given a fresh impetus to the hope that cryptocurrencies will finally go mainstream. With world governments on the move and institutions now jumping onto the crypto-bandwagon, 2021 may be the year to look out for.

‘I do not consider Ethereum Classic my child,’ says Cardano’s Hoskinson