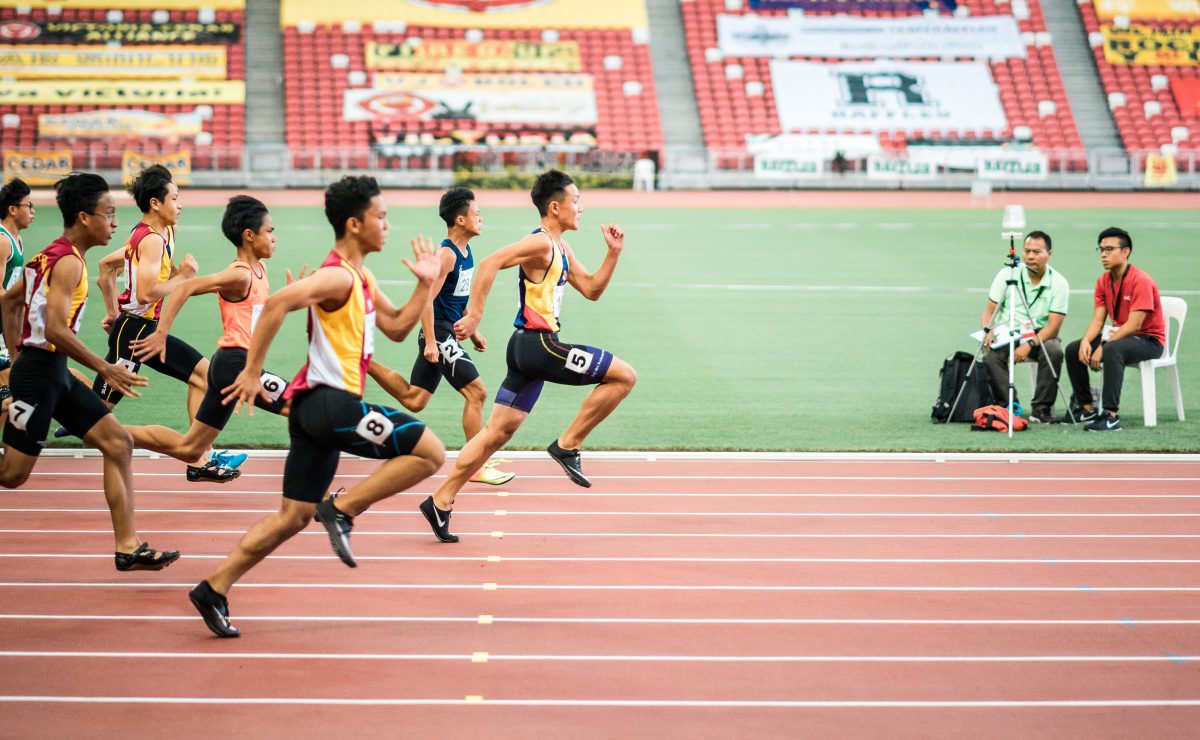 Ethereum’s price rally was in full swing, before the 5.9% drop in the past 24 hours. The price has dropped from the ATH and Ethereum is now trading at the $1300 level. Nearly all cryptocurrencies are bleeding currently, including Bitcoin, with a massive 24-hour price drop of 5.2%. This hasn’t affected the sentiment of retail traders on derivatives exchanges and an altcoin rally was in full swing since Ethereum’s ATH, but according to experts, institutional investors and whales are more interested in Bitcoin.

Institutional investors followed the narrative of Bitcoin as digital gold, and this was against the contrast of Gold’s price drop in 2020. Gold’s price has dropped 11% since August 2020 and that is a significant drop,  based on data from goldprice.org. For institutional investors, Bitcoin is a preferred currency since its potential upside is significant compared to Ethereum. Bitcoin competes with Gold and the USD, presenting an alternative currency to analysts and investors.

Though Ethereum and Ethereum-based stablecoins have processed $12.3 Billion in transactions in the last 24 hours, surpassing $9.3 Billion in Bitcoin according to Ryan Watkins, Ethereum’s high transaction volumes did not give it any real leverage over Bitcoin. And institutional investors may have identified that the market capitalization of Bitcoin is six times that of Ethereum, and this is a top reason why Bitcoin is greater than Ethereum for institutional investors. Ethereum has surpassed Bitcoin in most other metrics, except for market capitalization. Trading activity on spot exchanges in Ethereum is driven primarily by retail traders is reportedly higher since 2021. 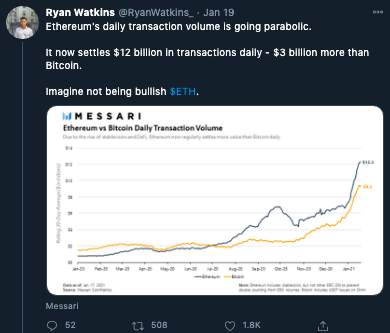 Dmytro Volkov, CTO of the international cryptocurrency exchange CEX.IO, shared his opinion and the exchange’s data regarding the dynamics of Ethereum,

“From the beginning of 2021 to mid-January 2021, there was a “hype”, a sharp surge in mass interest in cryptocurrencies and a sharp increase in trading volumes. During this period, the ETH trading turnover on CEX.IO increased 3 times on average, and the BTC trading volume doubled. The leader in turnover growth on the platform is the ETH / USD pair, whose turnover increased 5 times on average.”

Bitcoin > Ethereum, till the narrative of digital gold brings investment flow to the former and with the launch of ETHE by Grayscale this may be about to change, however, until the end of this month, Bitcoin may be more appealing than Ethereum.