Bitcoin price crashed by around 7.7% as of Thursday after experiencing a similar crash of 9.5% the day before. Unlike yesterday, today’s crash seems to be whales dumping their holdings and this is happening on Coinbase.

Bitcoin price crash: What caused it?

Bitcoin whales have begun depositing their holdings on to exchanges since the second week of January. This deposit spree hit a peak on January 18.

Moreover, the Coinbase exchange has been at the forefront of this bull run as institutions based in the US have used the exchange to execute their BTC buy/sell orders. Hence, observing Coinbase inflows/outflows gives a good picture of what might happen in the market.

As mentioned earlier, bitcoin’s surge hit a dead end on January 19 as it ran into the upper trendline of the overall parallel channel. The natural path for BTC to take was to head lower. Although it seemed like BTC was heading higher during its consolidation at this local top, it crashed since it broke out of an ascending parallel channel, which is inherently a bearish pattern. 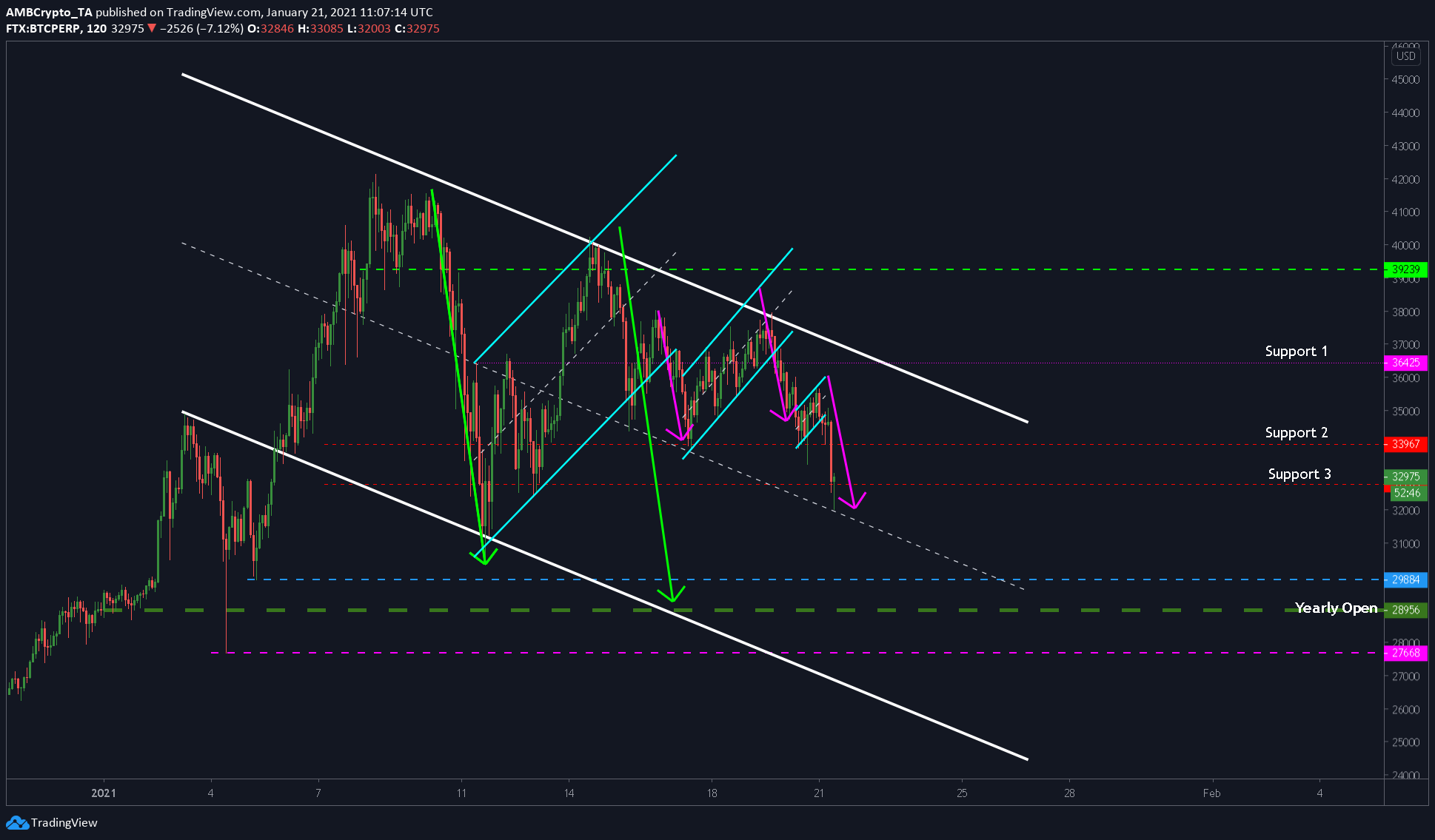 Due to the recent crash, all the supports with the exception of the middle-line have been breached. One of two things is going to happen here, Bitcoin will head higher after bouncing from this middle line or head lower due to more selling pressure.

Although the price is rebounding from the middle line at press time, the bearish scenario cannot be neglected. In the case of the bearish scenario, the yearly open as a support at $28,956 seems likely to be the sellers’ end game. Supporting this scenario is the ascending parallel channel inside the larger descending channel. This would mean another drop of 10-15% from where bitcoin currently stands.

Related Topics:bitcoin crash
Up Next

Why are whales flocking to Bitcoin over Ethereum?