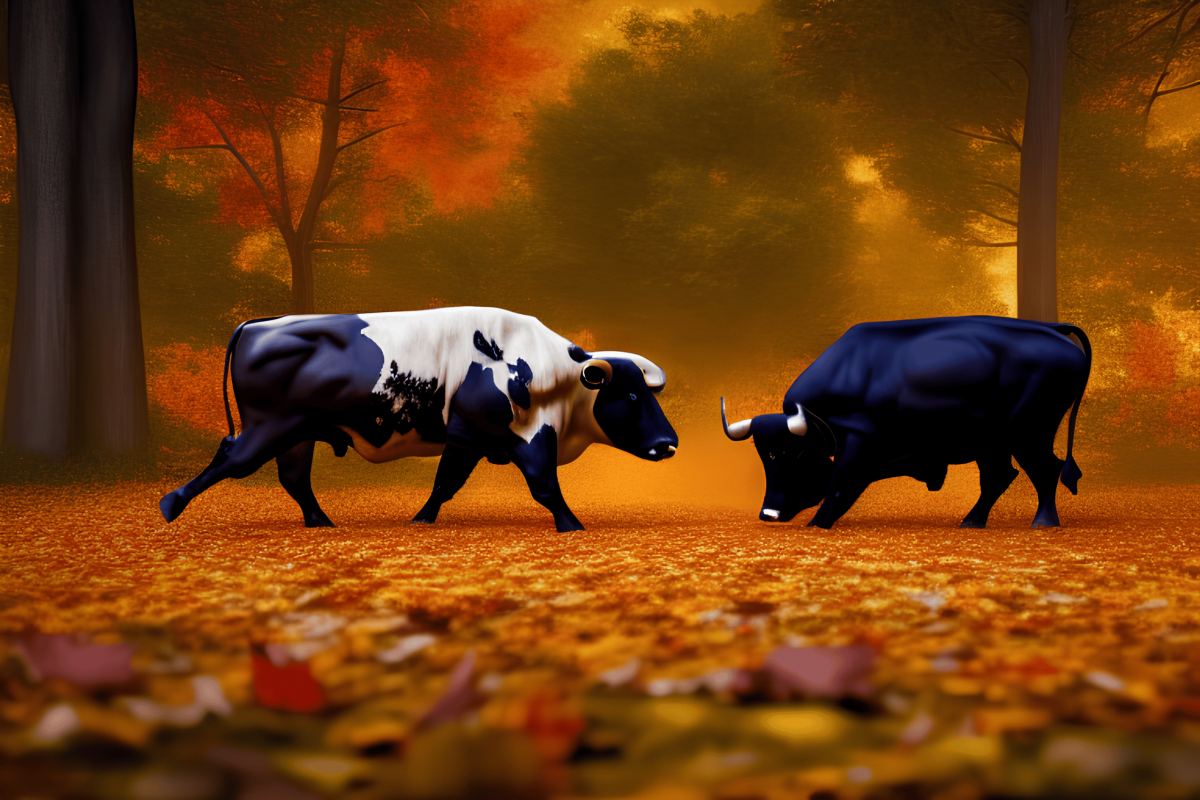 Genesis reportedly filed for Chapter 11 bankruptcy after failing to secure enough funds to cover its debt. The company, which was one of the largest institutional lenders at one point, has the potential to unwind all the gains achieved by Bitcoin [BTC] in January 2023.

Genesis was indebted to multiple lenders until press time, including bankrupt exchange Gemini. Reportedly, Genesis entered into swap agreements through which it offered GBTC shares to 3AC. The latter is the same crypto firm that collapsed in 2022, leading to losses that have pushed Genesis to its current position.

Genesis Trading filed for chapter 11 bankruptcy this morning, according to reports from @CoinDesk.

All Genesis Trading wallets appear to have halted on-chain operations as of 11 hours ago.

Unfortunately, the 3AC and FTX collapse pushed Genesis into insolvency, meaning that it could not repay its borrowed funds. Thus, Genesis may be forced to liquidate the crypto assets in its wallets in order to pay off its creditors. This course of action may potentially trigger another massive sale of BTC.

This risk highlighted above might be the reason why BTC had not seen strong institutional demand until press time. This was the case especially with the Purpose Bitcoin ETF, which continued to drop despite the recovery it witnessed in January. 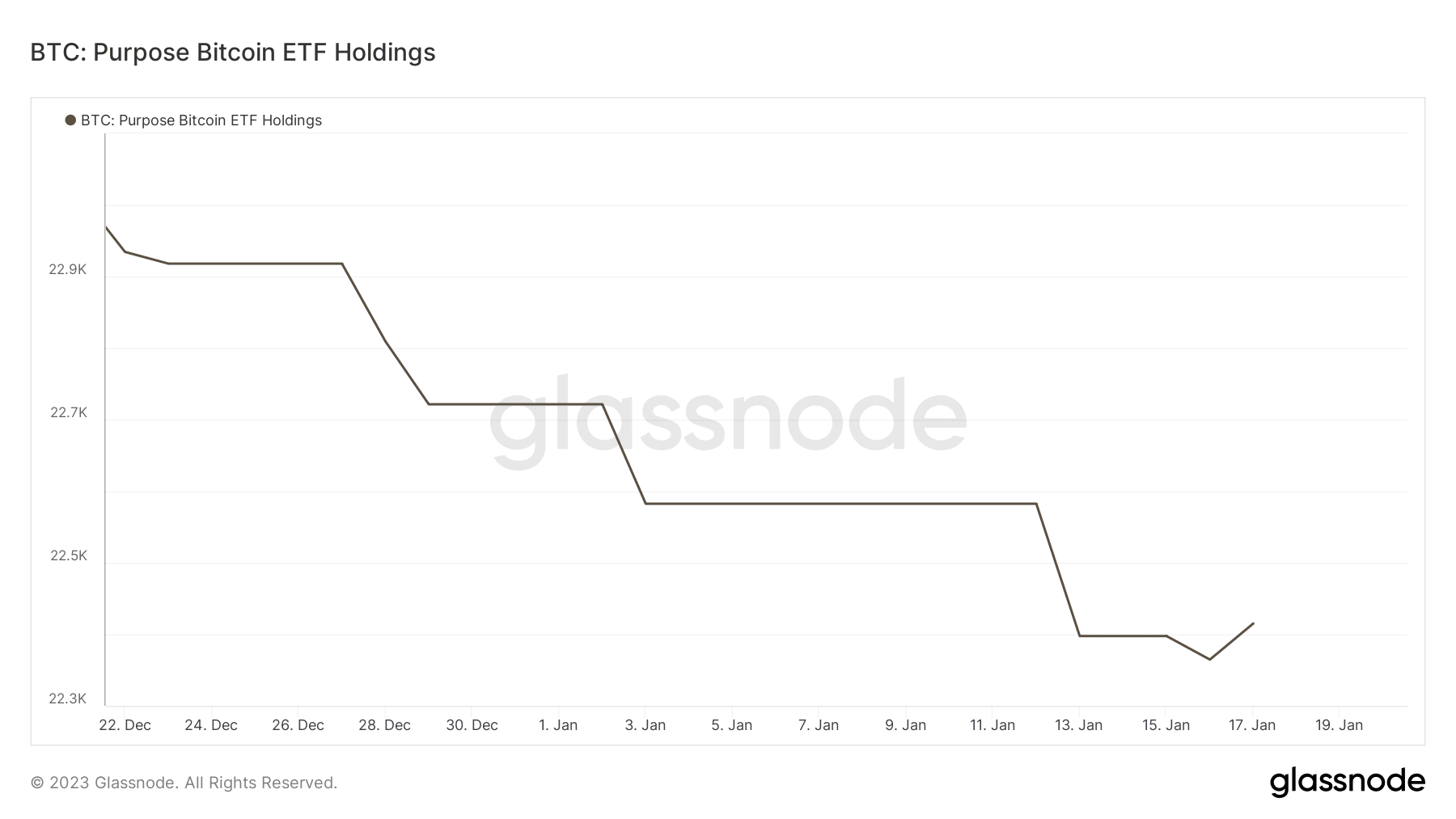 However, it looked like the same metric had started to pivot at the time of writing, suggesting a positive shift in Bitcoin’s favor despite the aforementioned concerns. The latest exchange flow data aligned with the potential for more downside.

BTC’s exchange inflows outweighed exchange outflows since mid-week, suggesting that there might be more incoming sell pressure than buying pressure. 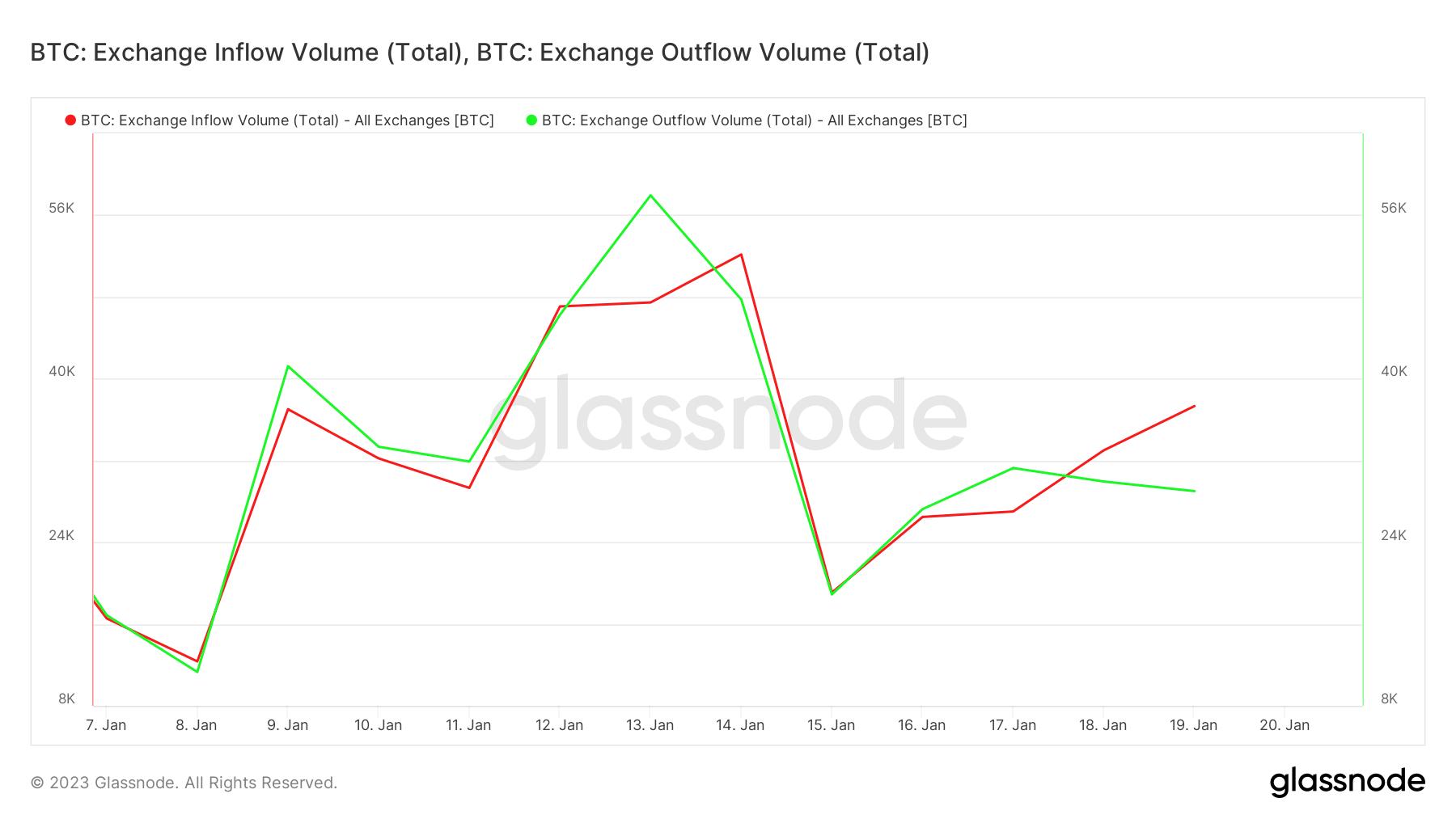 While the conclusion might be sell pressure, it does not necessarily have to be the case. Many Bitcoin holders might move their BTC to exchanges in preparation for a potential selloff.

However, in a spot of good news, Bitcoin’s price continued to rally despite these concerns. It had breached the $22,100 price range at press time.

The press time observation was that Bitcoin bulls had turned a deaf ear to the FUD and maintained their dominance. Possibly, the cryptocurrency was experiencing strong buy pressure in the same period.

This lent credence to the idea that Bitcoin might be in the early stages of the next bull run. Despite this, investors should not throw caution to the wind, as tables can quickly turn.

Litecoin: Bulls could aim for $92, but only if BTC maintains this level