Bitcoin undergoes correction and while it should not astonish anyone, the rate of decline has taken the market by surprise. Over the past 24-hours, Bitcoin has depreciated from a high of $41146 to a low of $32330.

The registered drop was over 20% and it is currently the largest drop since Black Thursday in March 2020. Market data also suggested that Bitcoin established its first $5000 daily candle drop. 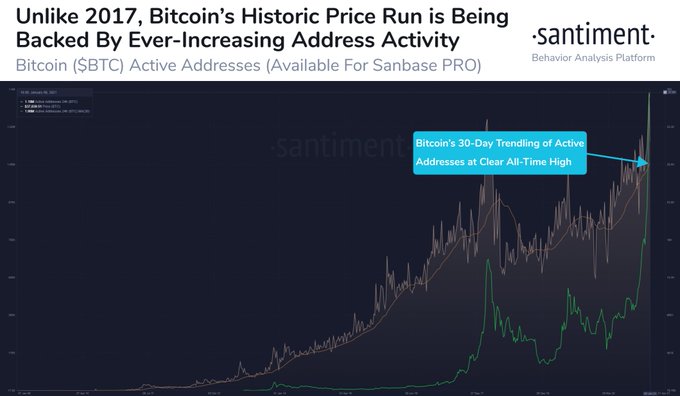 According to Santiment, Bitcoin’s present address activity continues to rise despite the correction. Earlier, active addresses hadn’t picked up momentum but over the past week or so, activity on the Bitcoin network is currently matching levels from 2017’s run.

The current active addresses’ engagement is a good indication of community interest. While it might be less impactful on the value of Bitcoin, signs of recovery may depend on the rate of activity.

Long Liquidations galore all around 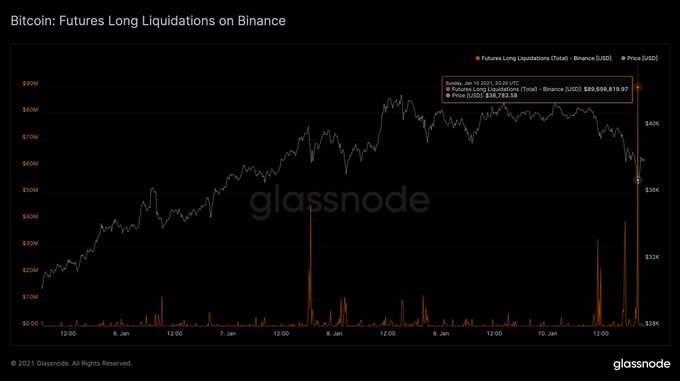 While active addresses may have remained in the green, BTC futures long contracts faced massive liquidations. Data from glassnode suggested that at one time, over $90 million worth of longs were liquidated on Binance within 10 minutes.

Overall close to $1 billion worth of longs have liquidated across various exchanges in the past 24-hours. Now such a liquidation bears implications in the short-term, as the consumed capital would have flown in crypto markets otherwise.

Another negative element of such high liquidation are rising sell-orders and depleting market sentiment. Futures traders are also potential investors in the market, as high liquidations on their contracts may have diminished their immediate interest.

Exchange Inflows remains under the radar

On the bright side of a recovery, Bitcoin exchange inflows have remained nominal after the crash. The total amount of Bitcoin transferred to exchange wallets have spiked up, indicating that hodlers were not ready to sell their assets just yet. While this may change drastically in the future if prices continue to fall, the market continues to remain overall bullish at the moment.